One week after its biggest show of the year, ONE Championship is set for another captivating edition of the INSIDE THE MATRIX event series.

This Friday, 6 November, the world’s largest martial arts organization will air ONE: INSIDE THE MATRIX II, which was previously recorded at the Singapore Indoor Stadium.

The five-bout card will feature a ONE World Title main event, contenders looking to rise up the rankings, and several athletes who are trying to earn some much-needed redemption.

Without further ado, here are the five biggest reasons to watch ONE: INSIDE THE MATRIX II this Friday. 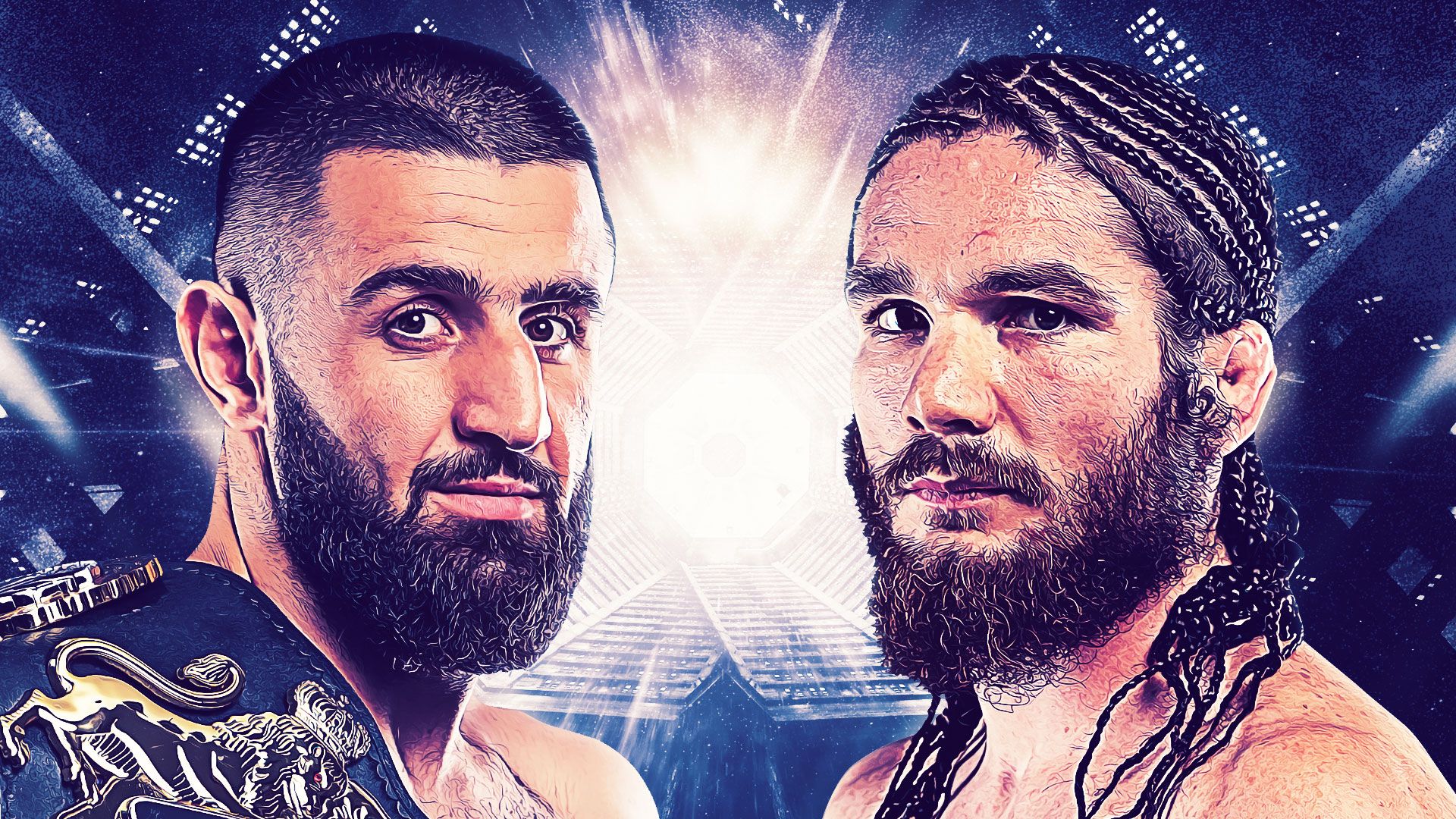 Gold will be on the line in the headline attraction, as reigning ONE Welterweight World Champion Kiamrian “Brazen” Abbasov makes his first title defense against undefeated American challenger James Nakashima.

The well-rounded Kyrgyz has the striking, the grappling, and the cardio to remain king for a long time, but Nakashima might be the one man who can prematurely end his reign.

Although Nakashima is revered for his sensational wrestling pedigree, he’s also trained frequently with Giorgio “The Doctor” Petrosyan at his Team Petrosyan camp in Milan, Italy. That has taken the American’s striking to a whole new level – skills that were on full display in his August 2019 bout with Okami.

Both Abbasov and Nakashima possess versatile skill sets, immense power in their fists, and the endurance to make this fight competitive for every second it lasts.

#2 A ONE Lightweight World Title Eliminator 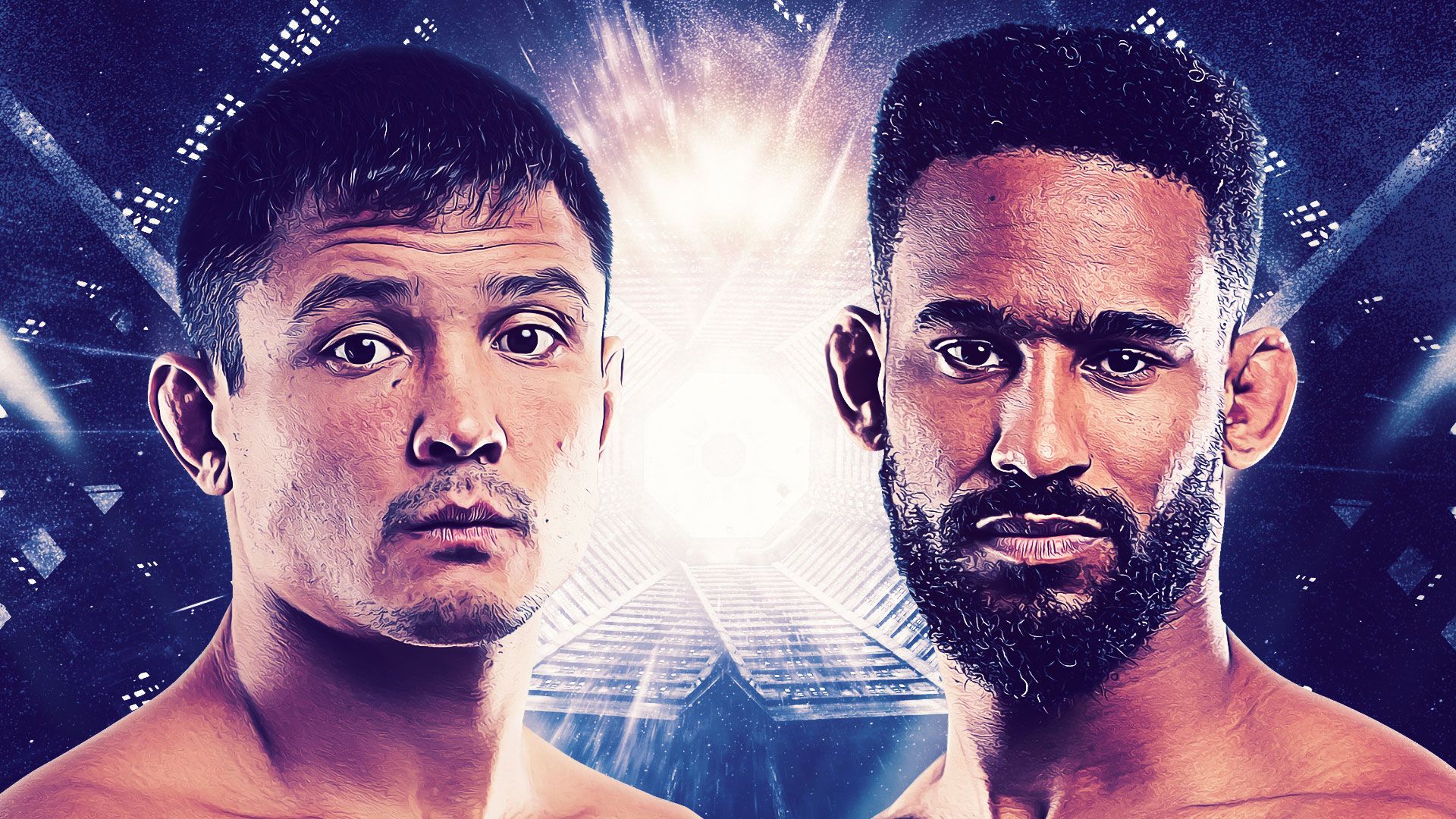 Buist, who trains alongside fellow Dutchman and new ONE Middleweight World Champion Reinier “The Dutch Knight” De Ridder, is truly hitting his stride.

“The Archangel” sports a 17-4 record, is riding an eight-bout winning streak, and most recently defeated Antonio “The Spartan” Caruso and former ONE Lightweight World Champion Eduard “Landslide” Folayang to earn his elite status in the division.

The 13-4 Nastyukhin may not possess the same dazzling winning streak, but his accolades are just as impressive.

The Russian has put together perhaps the greatest highlight reel in ONE Championship, which includes the fastest victory in promotional history (a six-second KO of “Ruthless” Rob Lisita), a flying-knee KO of Folayang, and a first-round TKO stunner of American legend “The Underground King” Eddie Alvarez.

Both Buist and Nastyukhin have bona fide grappling backgrounds, but they prefer to stand and trade on the feet. Buist, who’s entering this contest with a 13-centimeter height advantage, will attempt to pick the Russian apart from the outside, while Nastyukhin will try to close the distance and unleash his enormous knockout power.

Whoever wins this bout will break into the ONE Lightweight World Title picture and potentially offer a fresh challenge to reigning lightweight king Christian “The Warrior” Lee. Meanwhile, the loser will be eliminated from contention. The premier female atomweights from China and Indonesia are scheduled to meet in the Circle, and a highlight-reel victory might just earn the winner an invitation to the ONE Atomweight World Grand Prix in 2021.

Meng Bo, the atomweight division’s #2-ranked contender, has been spectacular in her mixed martial arts career. She owns a 14-5 professional record, a 55 percent finishing rate, and most recently knocked out former ONE Women’s Strawweight World Title challenger Laura “La Gladiadora” Balin inside of three minutes.

This Friday, the Chinese star will put her elite boxing skills to the test against Indonesia’s top atomweight fighter, Priscilla Hertati Lumban Gaol.

Lumban Gaol is a two-time Wushu World Championships Medalist who is known for her stand-up arsenal but has added formidable grappling to her repertoire.

If she adds the Chinese knockout artist to that list, Lumban Gaol would have herself a fine hat trick.

#4 A Battle Of Flyweight Knockout Artists 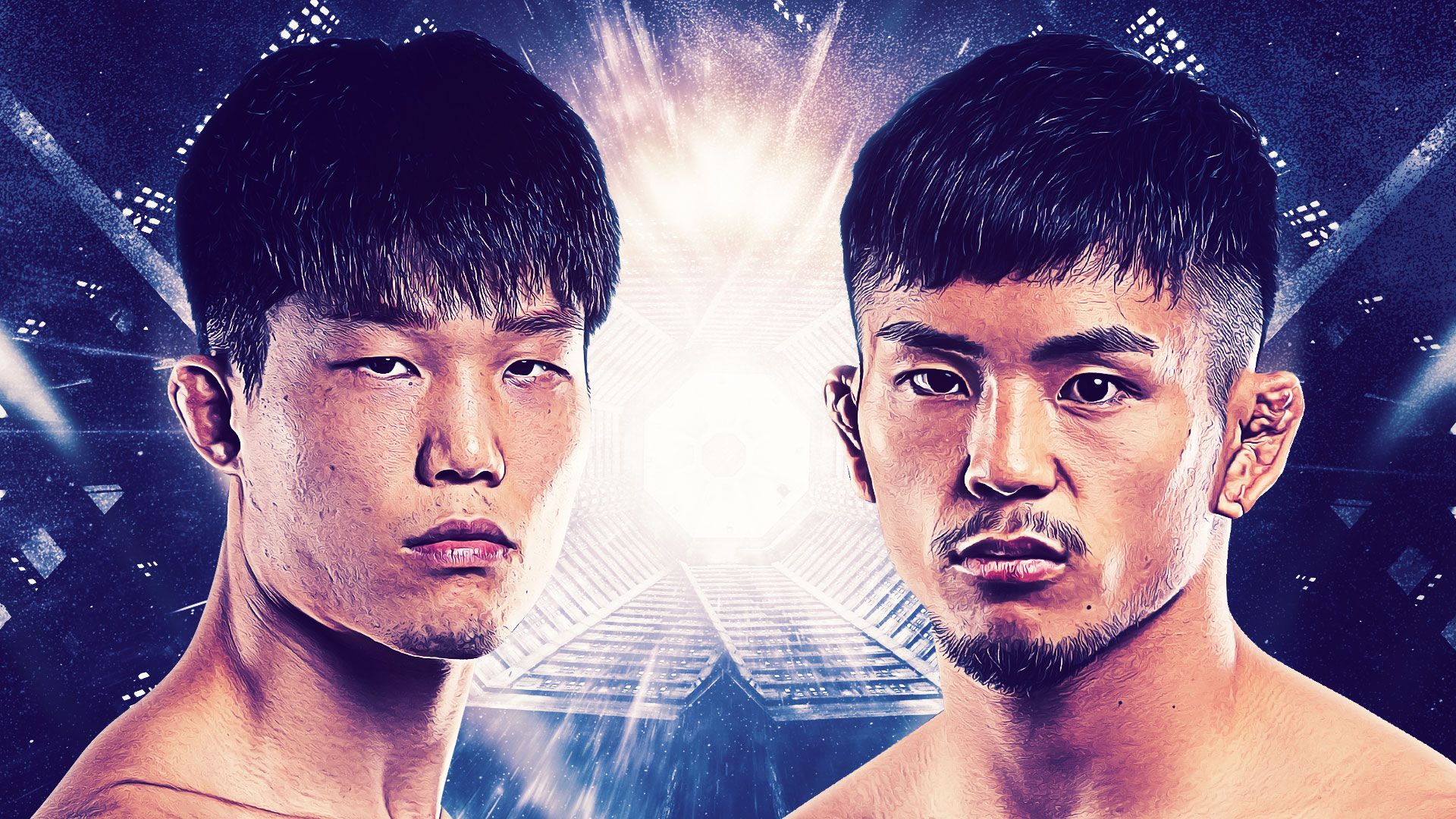 Two of the flyweight division’s best strikers will stand toe-to-toe, trade leather, and hunt for the KO on Friday night.

All eyes will be on the division’s #4-ranked contender Yuya “Little Piranha” Wakamatsu, who owns a 12-4 professional record and an 83 percent knockout rate.

The Japanese fighter has been lethal with his hands throughout his entire ONE Championship run, and he became the first person to knock out former ONE Flyweight World Champion Geje “Gravity” Eustaquio – and shockingly, it took him less than two minutes to get the job done.

However, he will need to be careful when he engages in a firefight with South Korean phenom Kim Kyu Sung.

Kim, who holds a 10-3 record, will enter this contest with a 60 percent knockout rate and a staggering 11-centimeter height advantage. There is no doubt he will look to use his long reach to keep a safe distance from Wakamatsu’s power.

From all indications, this battle of flyweight knockout artists should deliver plenty of fireworks, so do not blink! 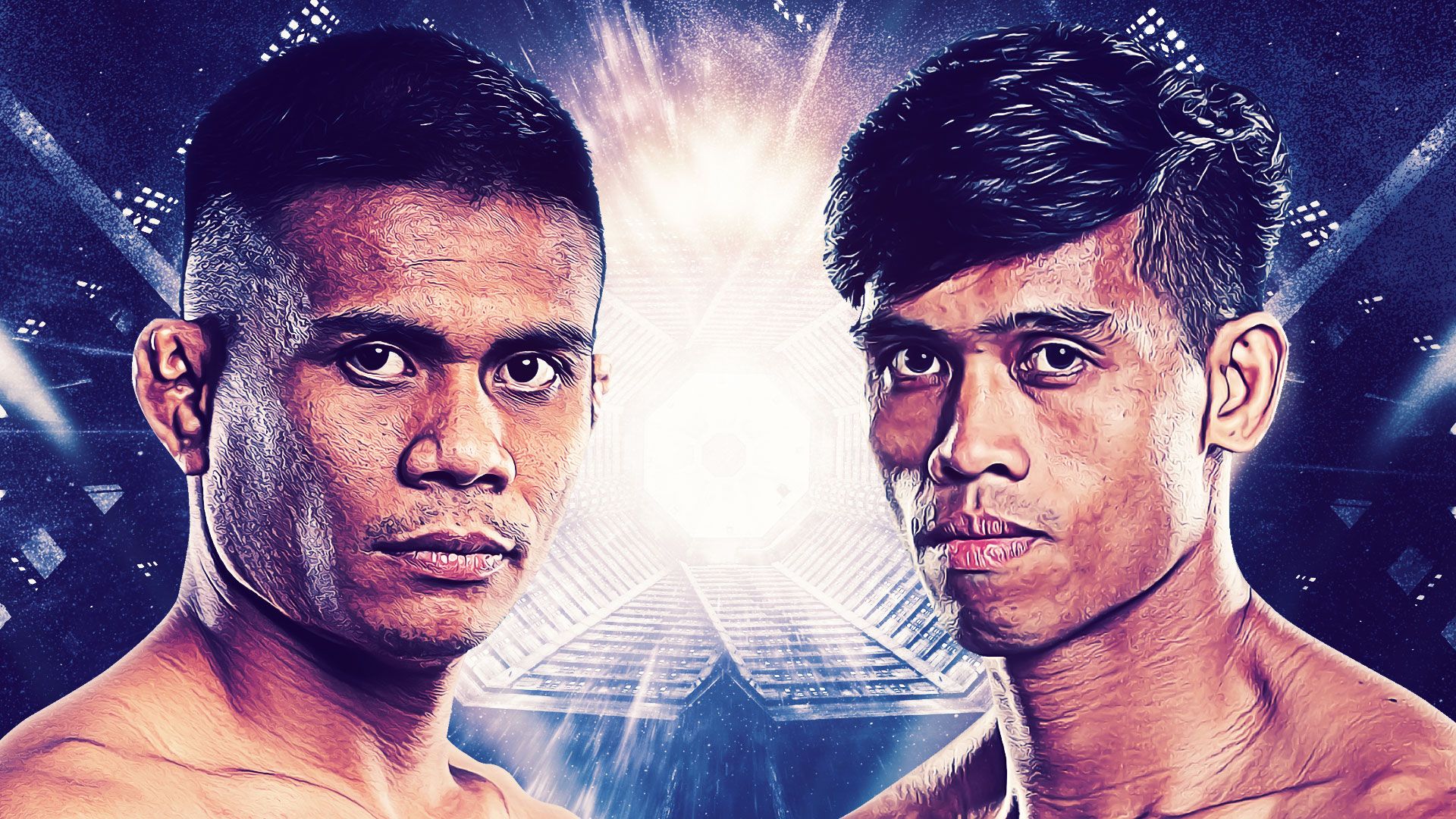 Multiple-time Indonesian Wrestling Champion Eko Roni Saputra is ready to continue his march toward flyweight supremacy and get on a four-bout winning streak.

The grappling machine will be back in action after making short work of Murugan “Wolverine” Silvarajoo with a creative submission less than a month ago.

At ONE: INSIDE THE MATRIX II, the Evolve standout will draw Ramon “The Bicolano” Gonzales, a Filipino Kyokushin Karate Champion who owns the striking to knock out his opponents and the submission prowess to tap them out.

Gonzales has proven that in the past by earning three consecutive submission victories, and he could look to grab a limb, force a stoppage, and derail the Indonesian’s momentum on Friday.