At ONE: INSIDE THE MATRIX II last November, everything was going James Nakashima‘s way – until it wasn’t.

A well-timed knee from reigning ONE Welterweight World Champion Kiamrian “Brazen” Abbasov stunned the American and set off the sequence that led to a successful World Title defense.

But Nakashima was quick to dust himself off. Now back on his feet, he’s ready to return for another high-stakes matchup – this time at lightweight against the former divisional king and current #4-ranked contender, Shinya “Tobikan Judan” Aoki.

In this exclusive interview, Nakashima addresses his last outing, why he’s dropping down to lightweight, the matchup with Aoki, and his plans for the future.

ONE Championship: You were on the cusp of becoming the ONE Welterweight World Champion when Kiamrian Abbasov caught you with a knee late in the contest. What went wrong in that bout, and how would you assess your performance?

James Nakashima: I thought I was rolling. There were a lot of mistakes that I made on that one interaction when I got caught with that knee, but once he hit me with that knee, it was over. I don’t really remember anything after that during the fight.

Obviously, I got down, but the next day I tried to pick myself up – one step at a time. Get up, make my bed, do my meditation, eat something healthy. Just get back on a positive step right away. There’s no time to feel sorry for yourself in this game. Otherwise, you’re going to be wasting time.

I switched my training up a little bit, and I’m building my foundation, my identity, and myself. I feel like that really showed in the striking because I was countering him a couple of times where I’ve never countered with hands in a real fight before. But I’m starting to see stuff like that. I broke his nose in the first round. I was tearing his legs apart with the low kicks – I know that he did not like those at all. I know he was hurting with that, and then I got caught with that knee.

I made a mistake. Whatever. Let’s get over it quickly and let’s come back stronger.

That’s one reason why I feel like I was ready to come back so quickly against Aoki and drop a weight class. I’m living my highest life right now. I kind of use it as a crucible and just really use it to come out as a better person. 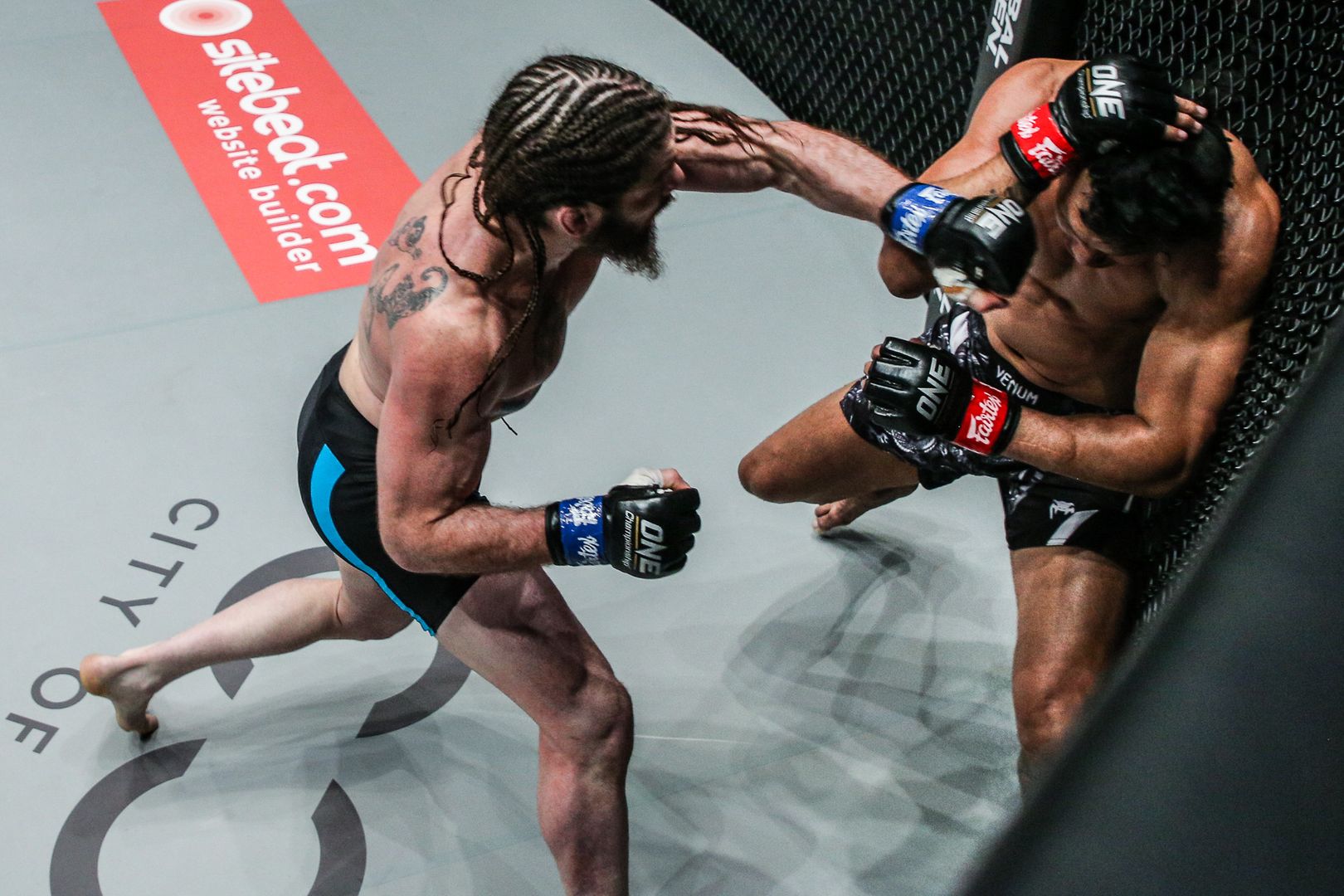 ONE: Why did you decide to return to the Circle so quickly?

JN: I had a year and a half between that Okami and Abbasov fights to train and to rest because of the coronavirus. I’m ready to go.

Like I said, the next morning after that Abbasov fight, I was hurt, and I didn’t sleep well. But I just had to pick myself up one step at a time. I just stayed positive, and my diet was even better.

I’m walking around at 175 pounds (79 kilograms) right now. My diet is super clean, and I made some different changes in my life. I really think my training is a lot healthier because a lot of times at these super gyms like The MMA Lab or some other gyms, it can just be a lot of hard physical sparring – sparring jiu-jitsu, sparring stand-up [fighting], sparring wrestling – whereas this training that coronavirus forced me to do is a lot more technical. We talked about really finding little details in my game that I want to develop.

I think it’s a lot healthier now. I think I’m a much healthier person, and I feel good. I think the best way to learn is to just keep competing. Go out there, try my best, and just lay it on the line.

And Aoki, I mean, what a name. I remember catching him in that Askren fight. I watched that in real-time. And then I remember watching the Christian Lee match because I had signed with ONE during [that time], and that was a big card. 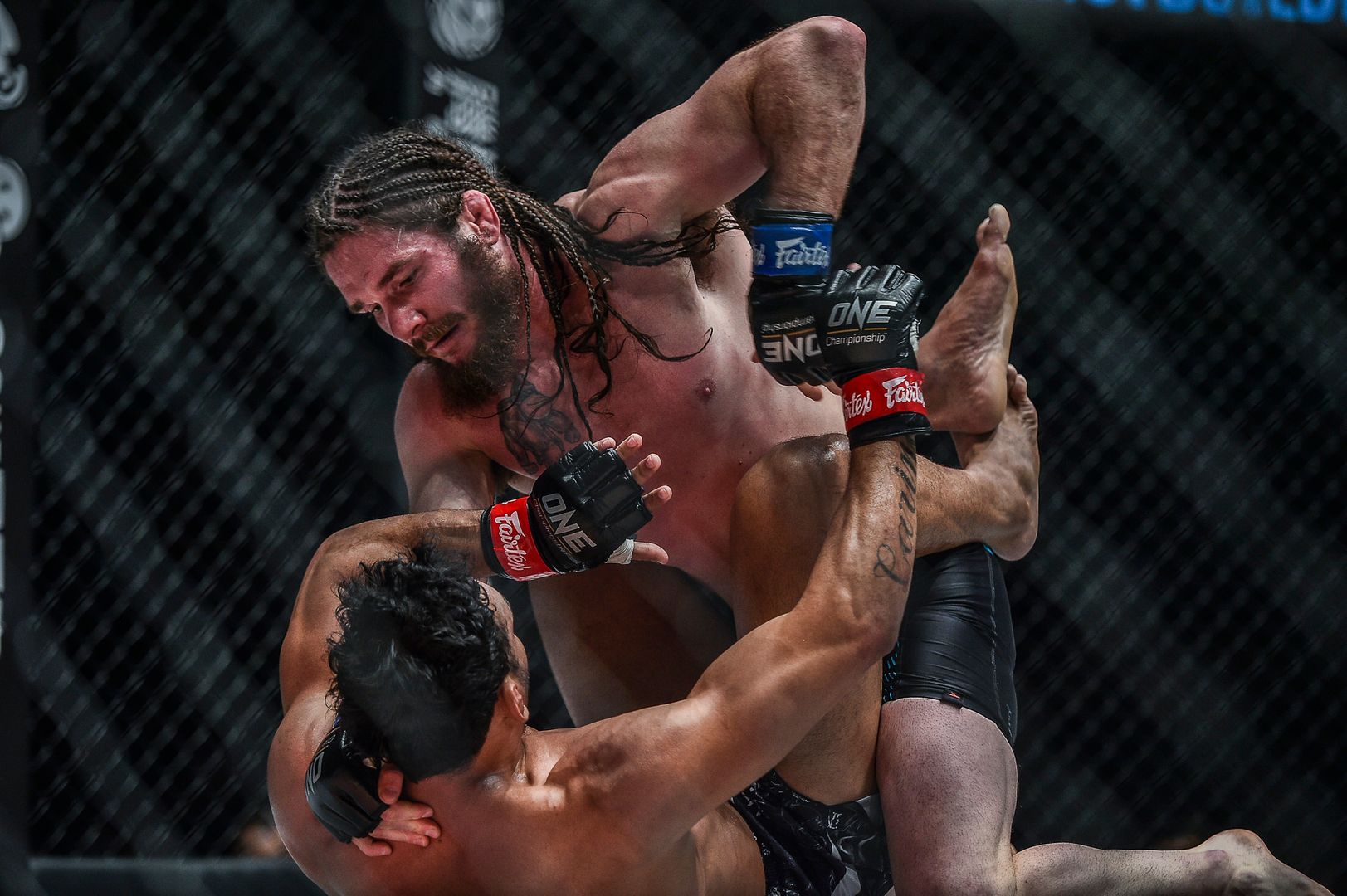 ONE: Is the lightweight division your new home? And if so, why did you start at welterweight?

JN: I was just ready to fight, and [Raimond] Magomedaliev was a great prospect. I was like, ‘Okay, let’s just do it.’ And we did it, and we won.

We thought that a title shot was next because I was an undefeated LFA (Legacy Fighting Alliance) Champion, and Magomedaliev was a huge prospect. But then they [offered me Luis] Santos. And I was like, ‘Okay, I’ll fight Santos and beat him.’ Then I thought a title fight was for sure around the corner, but then it was [Yushin] Okami. I just always thought a title fight was around the corner, so that’s why I stayed up there [at welterweight].

I’m staying at lightweight. It’s my weight. The first time I saw Yushin Okami in person, I was like, ‘I’m going to fight this guy? This guy’s a freaking monster!’ I only walked into that fight at 179 pounds (82 kilograms). I walk around 175 right now. My diet’s a little bit cleaner because I could get away with it when I was at welterweight. I could splurge a little bit more. Lightweight, it’s just my weight.

ONE: What are your thoughts on Aoki, and how big of a match is this for your lightweight debut?

JN: Once in a blue moon, there’s a specialist that pops up nowadays, but I feel like he’s one of the last true specialists, especially from his era. He is all grappling. I mean, if you watch that Askren fight, Askren was trying to box Aoki, and Askren doesn’t box anybody. Aoki pulled guard against him.

I think he’s the real deal in the grappling department. He’s nasty there.

I think he’s a first-round kind of fighter. I think the longer it goes, the more it’s going to go in my favor – just like normal, but especially with him. He seems like he really pushes in the first round. 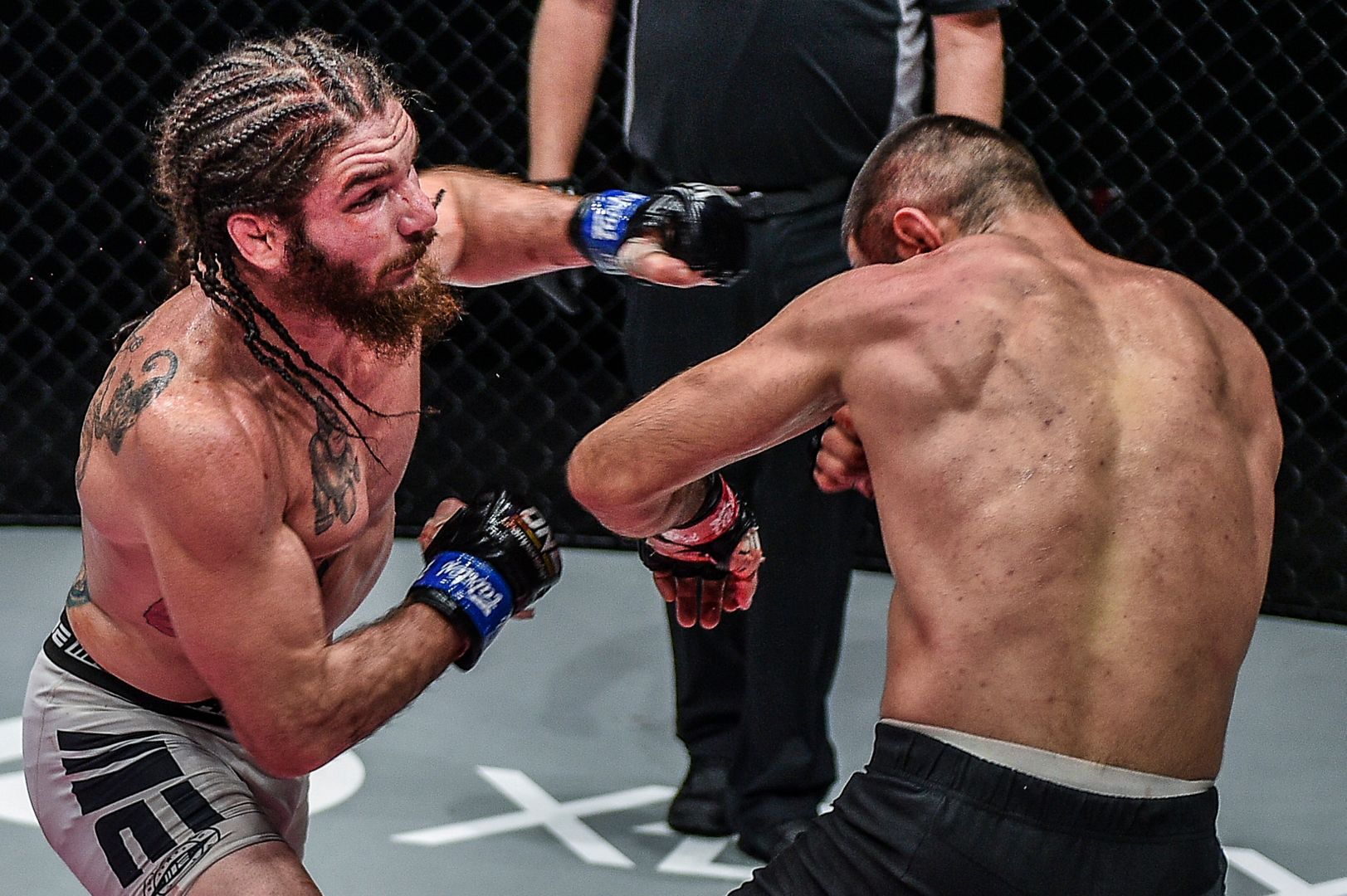 ONE: How do you think your grappling matches up with Aoki, or are you preparing to utilize your stand-up given his expertise on the ground?

JN: I’m definitely going in this fight looking to knock him out. I’m not trying to grapple like I did against Abbasov.

I am more of a control grappler when it comes to the matchup, but this is a special, special matchup because of who he is and how he fights. It’s unique. So, yeah, it’s more of me being the striker rather than the grappler and staying out of silly situations.

ONE: Where would a win over Aoki put you in the division?

JN: You never know. [The matchmakers] might give me a title shot against Christian Lee, but more than likely, I probably have to fight somebody like Nastyukhin or Eddie Alvarez. I don’t really know where it’s going to lead.

I like my life. I’m pretty good where my life is right now, and I’m really just focused on Aoki and just really trying to capture these moments. 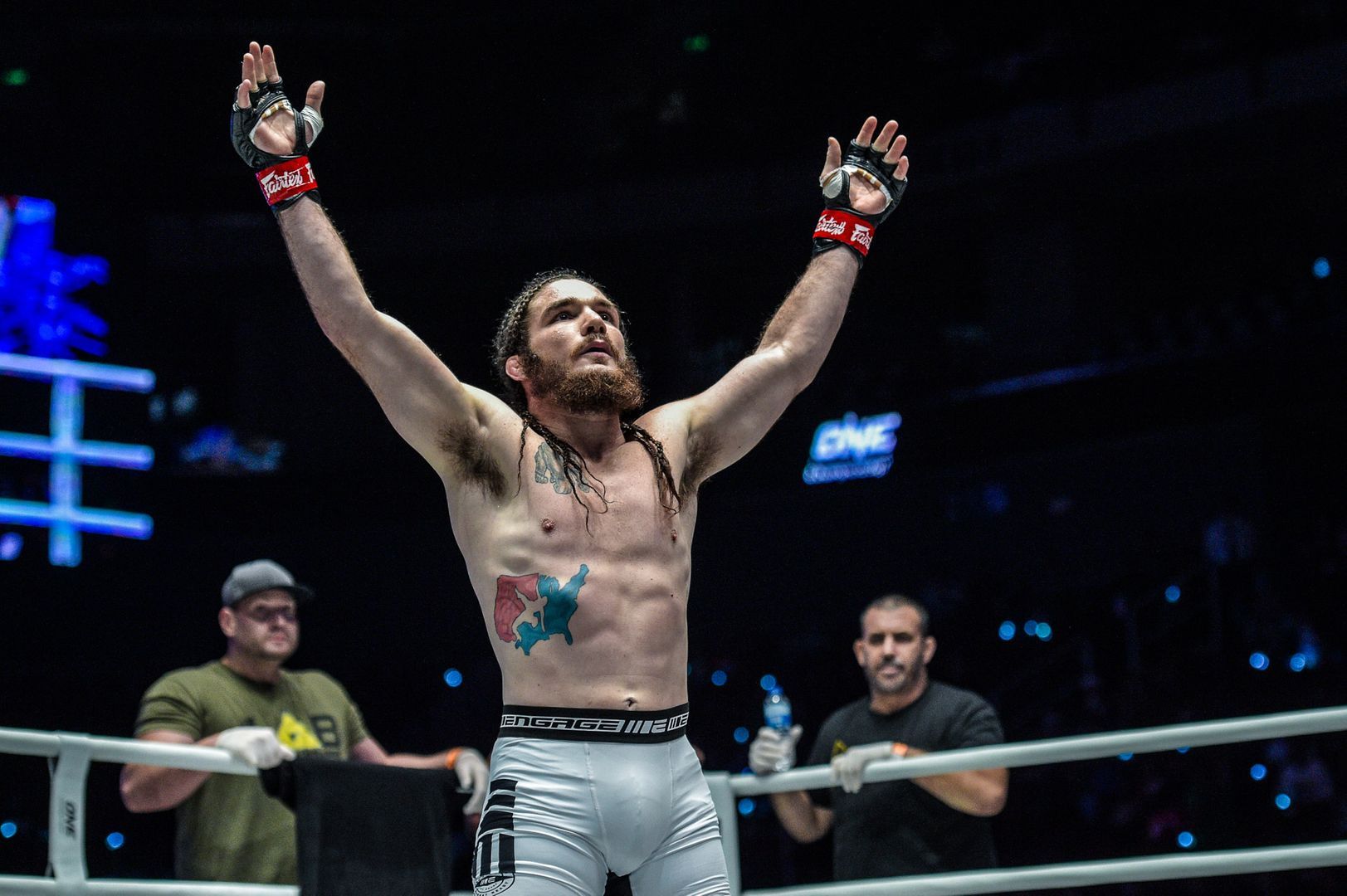 ONE: What are your expectations for 2021?