The Indonesian star submittedÂ Murugan âWolverineâ Silvarajoo with a modified shoulder lock in round one of their 63.5-kilogram catchweight mixed martial arts contest at ONE: REIGN OF DYNASTIES in Singapore on Friday, 9 October.

Eko Roni Saputra ???????? takes out Murugan Silvarajoo with a CRAZY submission in the first round ???? #ReignOfDynasties

After the opening bell rang, both athletes met in the middle of the Circle, but it was Silvarajoo who landed first, chipping away at Saputraâs leg with a low kick. However, the Indonesian blitzed his opponent and forced “Wolverine” onto the Circle Wall.

With nowhere to go, the Malaysian desperately tried to land low kicks on his pressing rival, but his output only enticed the Evolve representative to launch head-splitting right hands, which forced Silvarajoo to shell up. As âWolverineâ served up no offense, the multiple-time Indonesian Wrestling Champion changed levels and planted his adversary on the canvas â and the Malaysian would never get back to his feet.

Saputra worked diligently from side control and began to isolate the right arm of Silvarajoo. The Evolve standout then used his left hand to shove his foeâs right arm between the thigh and calf of his left leg. 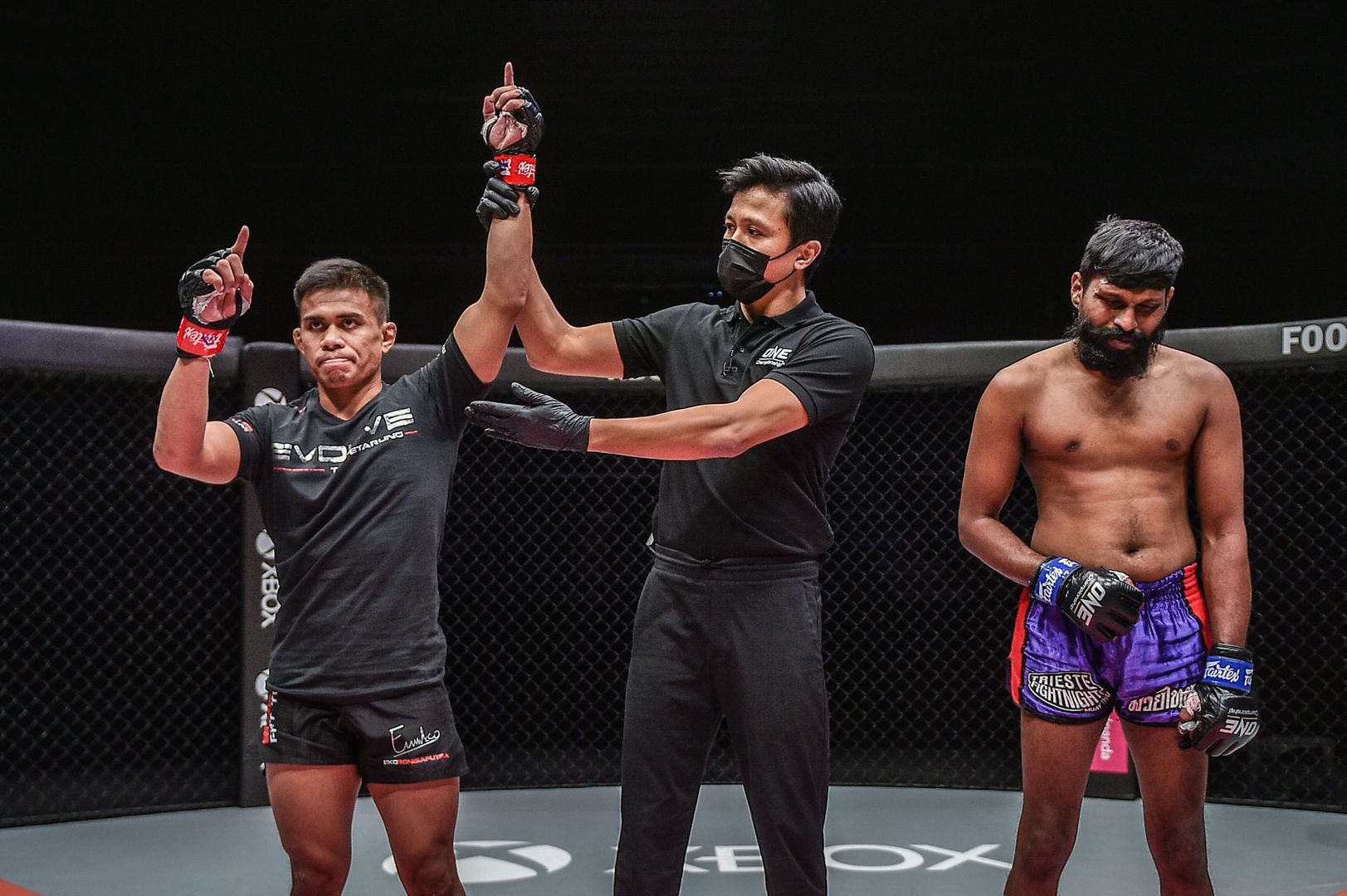 The Indonesian torqued and twisted his opponentâs shoulder until the submission was too painful to withstand, forcing Silvarajoo to tap at 2:29 of the first round.

Saputra’s outstanding submission victory puts him on a three-bout winning streak and marks him as a threat in the ultra-stacked flyweight division.

Read more: ONE: REIGN OF DYNASTIES â Full Results And Highlights For Sam-A Vs. Tonna