ONE Championship storms back to the Axiata Arena in Kuala Lumpur, Malaysia on Friday, 12 July.

The world’s largest martial arts organization will bring ONE: MASTERS OF DESTINY to the Malaysian capital, and fans all across the globe are in for a treat.

At the top of the bill, Giorgio “The Doctor” Petrosyan meets Petchmorakot Petchyindee Academy in a ONE Featherweight Kickboxing World Grand Prix quarterfinal rematch. The victor will advance to the next round of the tournament, where he will face “Smokin’” Jo Nattawut in the semifinals.

In addition to that, ONE Women’s Atomweight World Champion “Unstoppable” Angela Lee will continue her campaign for two-division ONE World Title glory. She collides with eight-time Brazilian Jiu-Jitsu World Champion Michelle Nicolini in a women’s strawweight mixed martial arts bout.

There are multiple ways everyone all around the world can watch ONE: MASTERS OF DESTINY.

As always, the preliminary card can be viewed on ONE’s official Facebook and Twitter pages, as well as the ONE Super App. For a more detailed breakdown, check below to see how you can watch the show in your home country.

For Those Living In The United States

For Those Living In Japan

Preliminary card action gets underway on AbemaTV at 7:00pm Japan Standard Time (JST). The main card will follow on the network.

For Those Living In India

Catch the preliminary card on Hotstar and Star Sports Select 2 at 3:30pm India Standard Time (IST). As soon as the prelims are over, the main card will follow on those networks at 6:00pm IST.

For Those Living In Indonesia

For Those Living In Malaysia

Also, if you can score a ticket, head over to the Axiata Arena to watch the event live and in-person.

For Those Living In Myanmar

Catch the prelims at 4:30pm Myanmar Time (MMT) on Skynet Sports 3. The main card will follow at 7:00pm MMT on MNTV.

For Those Living In The Philippines

The main card will air live on ABS-CBN S+A at 8:30pm Philippine Standard Time (PHT). For the prelims, watch them on ONE’s Facebook and Twitter pages at 6:00pm PHT.

For Those Living In Singapore

The main card starts on Toggle at 8:30pm Singapore Standard Time (SGT). At 10:00pm SGT, Channel 5 will cut in to the live broadcast, just in time for the main and co-main events.

For Those Living In Thailand

Thairath will cut into the live broadcast at 10:30pm Indochina Time (ICT).

Until then, watch the prelims on ONE’s Facebook and Twitter at 5:00pm ICT, and stay there to watch the main card at 7:30pm ICT.

Last, But Certainly Not Least

ONE: MASTERS OF DESTINY can be streamed live in its entirety on ONE’s YouTube channel and the ONE Super App (some regions excluded). 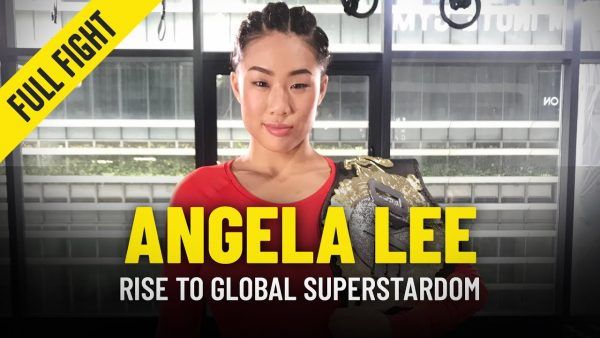