The lightweight kickboxing ranks in ONE Super Series will take center stage this weekend as reigning king Regian “The Immortal” Eersel defends his throne against tough challenger Mustapha “Dynamite” Haida.

The ONE: FISTS OF FURY III main event – which will air this Friday, 19 March – will either solidify Eersel’s stranglehold on the belt or welcome in a new ONE Lightweight Kickboxing World Champion.

But regardless of the result, there is already a slew of potential contenders who are vying for the next crack at the gold. Before the action goes down at the Singapore Indoor Stadium, we break down the key players in the lightweight kickboxing ranks.

Eersel’s been on a sublime run of form in The Home Of Martial Arts. He won the first official ONE Super Series bout against Brad “Quake” Riddell back in April 2018, and he’s been untouchable ever since.

The Dutch-Surinamese star knocked out Anthony “The Assassin” Njokuani in his next contest to earn a shot at the inaugural gold, which set up his rivalry with the legendary Nieky “The Natural” Holzken.

First, “The Immortal” defeated his countryman in a tight battle at ONE: ENTER THE DRAGON. He then won even more convincingly to retain the crown at ONE: DAWN OF VALOR.

The Amsterdam native’s relentless pressure makes him exciting to watch but a nightmare to face. With his belt on the line in “The Lion City” this Friday, expect a trademark ferocious performance from Eersel, who wants to reign over the division for a long time.

Italy’s Haida has waited a long time to square off against “The Immortal,” and he’ll be looking to make a statement and take home the ONE Lightweight Kickboxing World Title.

“Dynamite” is an exciting, fast-paced competitor. His bout against Daniel “The Rock” Dawson was considered the best ONE Super Series matchup of 2018, and he made sure it ended in memorable fashion with a thunderous KO.

He’s now set for the toughest assignment of his career, and fans are eager to see whether the Morocco-born slugger can find the extra gear and win the ultimate kickboxing prize.

Haida certainly has the hunger, the motivation, and the bout-ending capabilities, but only time will tell if that’s enough to topple “The Immortal.”

Holzken is one of the most iconic names in kickboxing, and he thrills the crowds every time he laces up his gloves.

However, the Dutchman still has one mountain left to climb. Though he’s pushed Eersel to his limit in a pair of five-round encounters for the ONE Lightweight Kickboxing World Title, he hasn’t managed to wrap the belt around his waist.

Holzken’s incredible knockout wins over Cosmo “Good Boy” Alexandre at ONE: WARRIOR’S DREAM and Elliot “The Dragon” Compton at ONE: BIG BANG II showed that he can still finish the most elite of rivals, while his decision win over Haida displayed his tactical prowess.

The #1-ranked kickboxing contender still believes he can dethrone the reigning kingpin, and a win in his next outing against revered veteran John Wayne “The Gunslinger” Parr at “ONE on TNT III“ could earn him a third shot at glory. 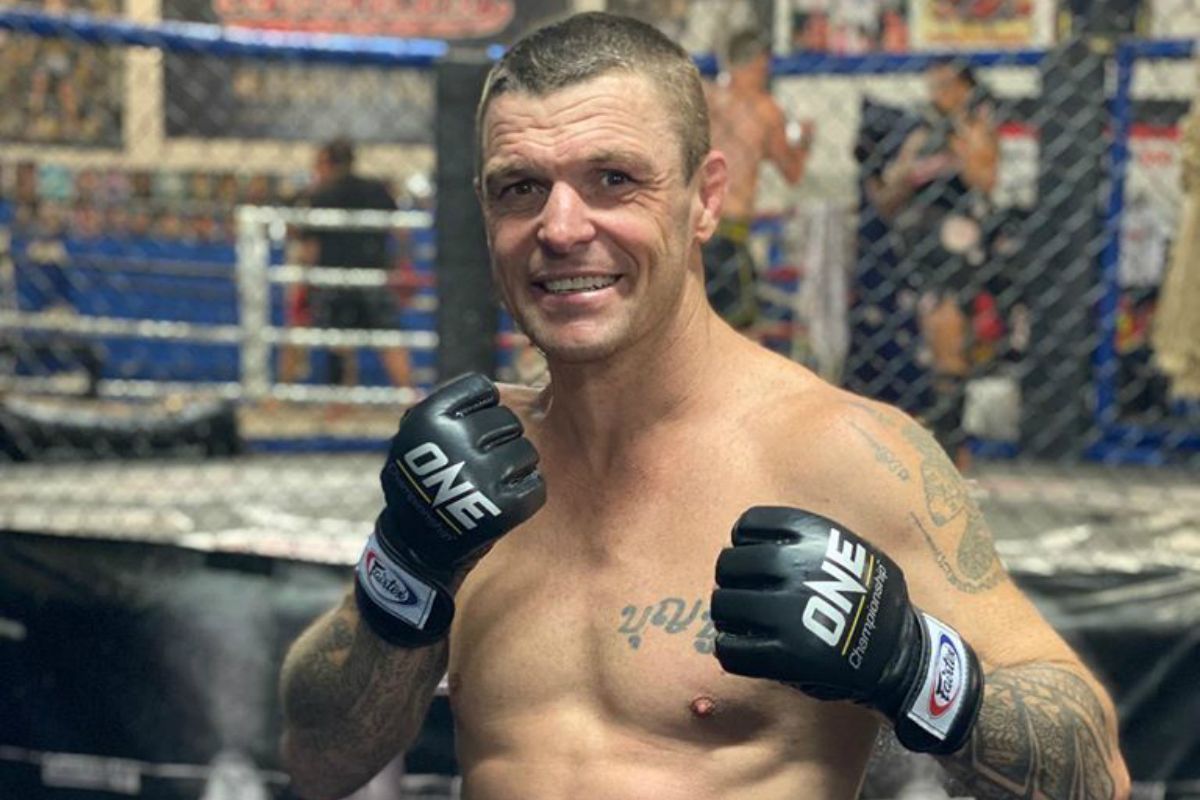 The aforementioned Parr will debut on the global stage against Holzken on 21 April. After attending a ONE Championship event, “The Gunslinger” got the bug and ended his brief retirement to compete in The Home Of Martial Arts.

Parr has faced a who’s who of the striking world in his impressive career, which has spanned more than two decades. If he can snatch a win against the top-ranked contender in his promotional debut, he would put himself firmly in the running for a World Title opportunity.

Islam Murtazaev is another world-class striker who can’t wait for his chance to set the lightweight ranks on fire.

Murtazaev was initially slated to challenge Eersel for the gold, but he was forced to withdraw from the bout. When he does get his shot, expect fireworks from the unorthodox Russian, who possesses a varied arsenal of spinning strikes and KO power that makes him a threat to any opponent. 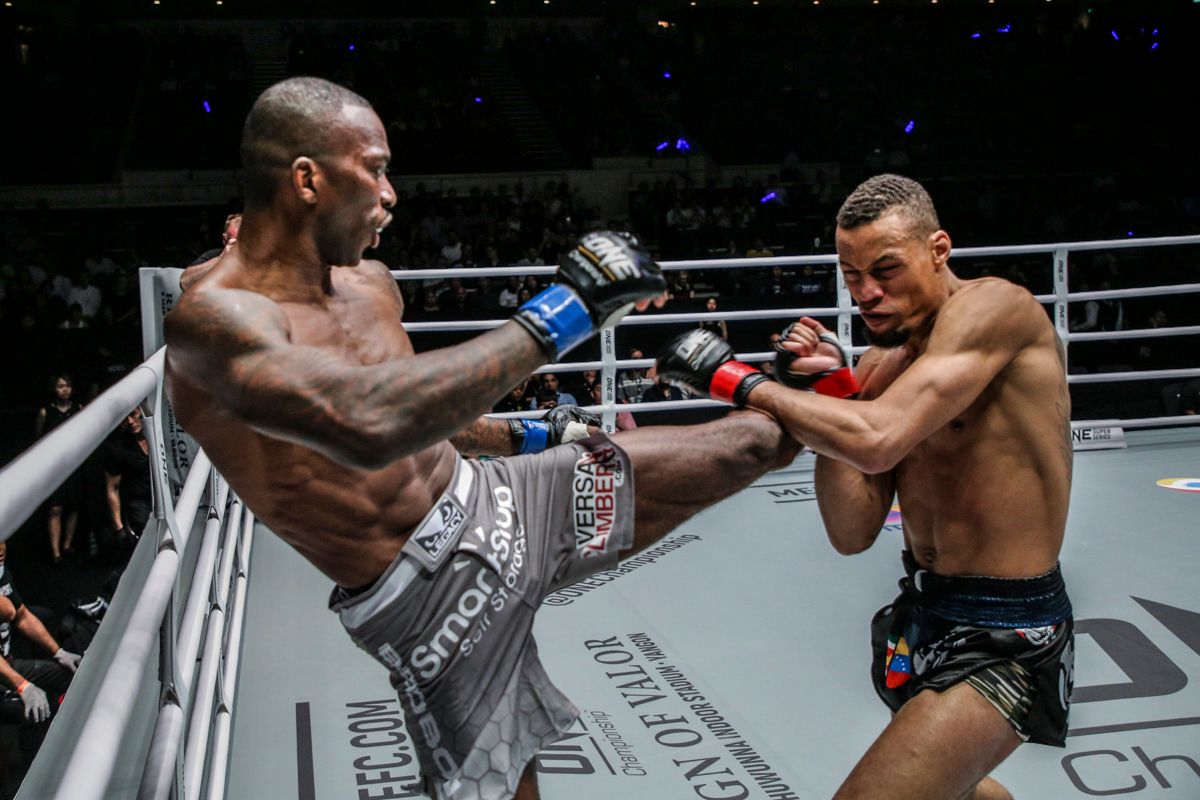 Njokuani, the #3-ranked contender, has sandwiched his lone ONE defeat to Eersel between two massive victories over Andy “Souwer Power” Souwer and the aforementioned Compton.

The hard-hitting American would relish the chance to face “The Immortal” again. On his day, he’s one of the most dangerous lightweights in the world, and a run of momentum could bring his confidence back in line with his skill set.

Meanwhile, Compton has shown his exciting and varied skills in both kickboxing and Muay Thai. The lifelong martial artist can adapt to any rule set and cause issues for his rivals with a diverse striking attack.