Mustapha “Dynamite” Haida has learned plenty of lessons in his life so far, but the most important is that hard work makes dreams come true.

As a result of his dedication, the 32-year-old Fight Club Firenze product has earned a shot at Regian “The Immortal” Eersel for the ONE Lightweight Kickboxing World Championship at ONE: FISTS OF FURY III, which airs this Friday, 19 March.

Ahead of his monumental clash at the Singapore Indoor Stadium, learn about Haida’s journey to the pinnacle of martial arts and the people who motivated him along the way.

Haida spent the early years of his life in Morocco, where he was an active kid who loved the outdoors.

To this day, he has fond memories of his homeland and his precious childhood spent there.

“For me, growing up in Morocco was fantastic. I was free to do whatever I wanted to with my friends and so I have only sweet memories of that period,” Haida recounts.

“I was really, really active. I was never home and my mother was always worried because I was used to spend a lot of hours outside with the other kids.

“I had a lot of fun and still bear the scars of my childhood on my skin because I was always barefoot, and I hurt my legs and feet so many times.”

For many years, the youngster’s father worked in Italy to provide a better standard of living for his family back home. When the opportunity finally presented itself, he brought the others over to join him.

“In 1999, I arrived in Figline Valdarno — the small town where I still live today,” Haida says.

“My father was here in Italy since 1988 working really hard to help us, and 10 years later, he decided to reunite the whole family.”

As great as it was to live with his dad, the move to Europe was a major upheaval for 10-year-old Haida, whose days of being out exploring with friends came to an end.

“At the beginning, it was a little bit traumatic because I had to get used to a new country and new language, and it is not easy for a child,” the kickboxing star says.

“We were one of only a few families coming from Morocco, so it was difficult for me to find new friends. I was always home, I used to go out only with my brother. Then through the years, it got better, and I was able to find my place in the Italian community.”

Finding His Calling In Martial Arts

Participating in athletics was one way for the youngster to ingratiate himself with the local Italian community – and what better sport to play than the nation’s most popular pastime, soccer.

Doing so broke the ice and allowed “Dynamite” to make new friends and stay active, but it wasn’t until he found martial arts that he truly began to shine.

“I started martial arts by chance. At that time, I was playing soccer like almost all the teenagers in Italy. But I had lost my passion for football, I was not so talented, and I also started working when I was really young and did not have time to play soccer.

“Then my former boss took me to try kickboxing for the first time just to keep him company. It was love at first sight, and since then, I never stopped practicing.”

Haida was hooked. Martial arts resonated with him, and soccer was pushed out of the picture.

With that, he went from being a run-of-the-mill player to a prodigy.

“I realized that I was gifted in this sport. Then I kept training and simply fell in love with kickboxing. Now I can’t get enough of it,” he says.

“It is the sport itself and all the values that combat sports entail. I think martial arts can teach you a lot about how to face everyday life adversities, and the impact that they have on your life journey is something unparalleled.” 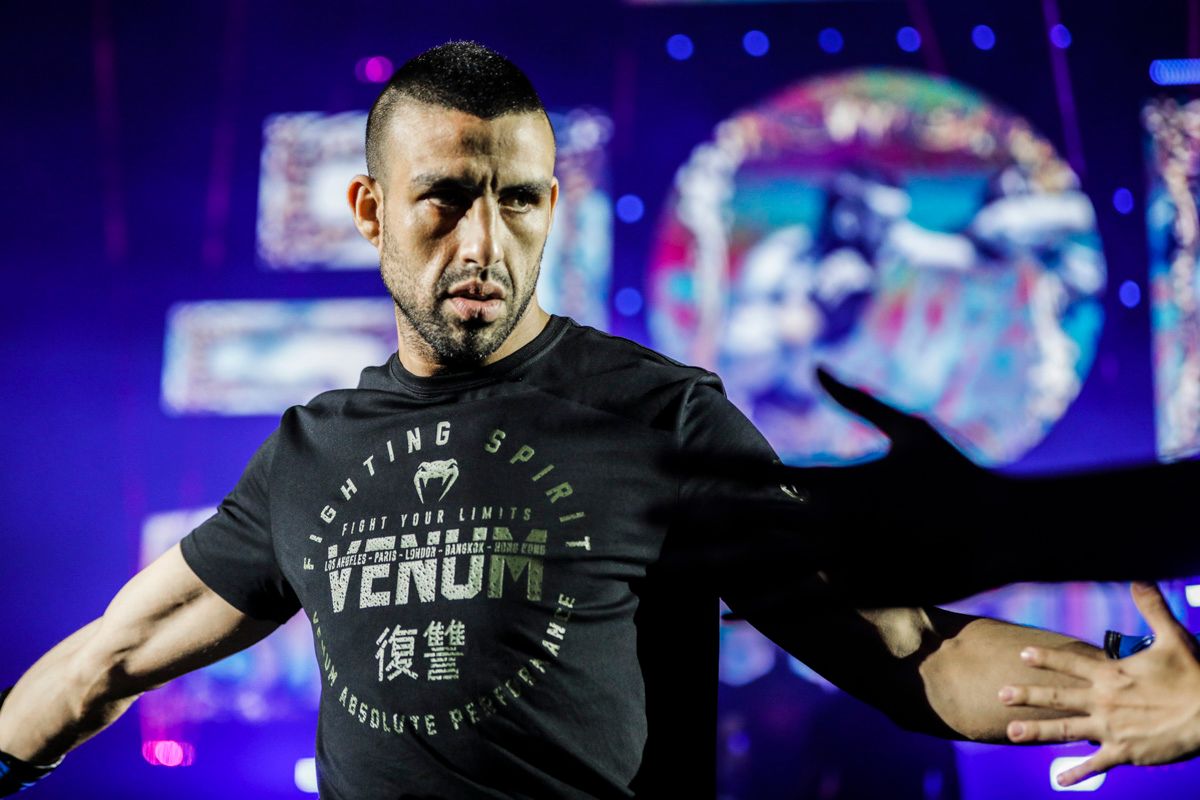 Even with a natural aptitude for martial arts, success in the ring is never a given.

It has to be manufactured through thousands of hours of hard work – something Haida was not afraid of after seeing the sacrifices his dad made for the sake of his family.

“What was my biggest motivation? My father working really hard here in Italy since 1988 to one day bring all of us all together,” the ISKA Kickboxing World Champions says.

Despite the strong foundation laid by his father, nothing came easy for Haida and his family. But they had come too far to give up on the Italian dream.

So, the youngster pushed through language barriers and prejudice as he turned an unfamiliar place into his home.

“When I arrived, my intention was to find a place in the Italian community, respecting the culture and the rules,” Haida says.

“As I said, the first years were complicated due to language issues and also because of the suspicion of many locals. But now I have overcome every cultural barrier. I feel 100 percent Italian, and I see my future here.”

At the same time, “Dynamite” doesn’t think he could have endured those harsh early periods without the support of his family.

“Having all of them by my side was fundamental,” he says.

“I know many of my friends who arrived here with no family and had to suffer much more than me. I have to thank my father for keeping us together. I consider myself lucky.

“When you are 10, you cannot fully understand how hard it is to try and build a future in Italy. My father struggled a lot in order to provide for the whole family, and now I can only say thank you to him for giving us the chance to build a better future.”

Representing Nations On The Global Stage 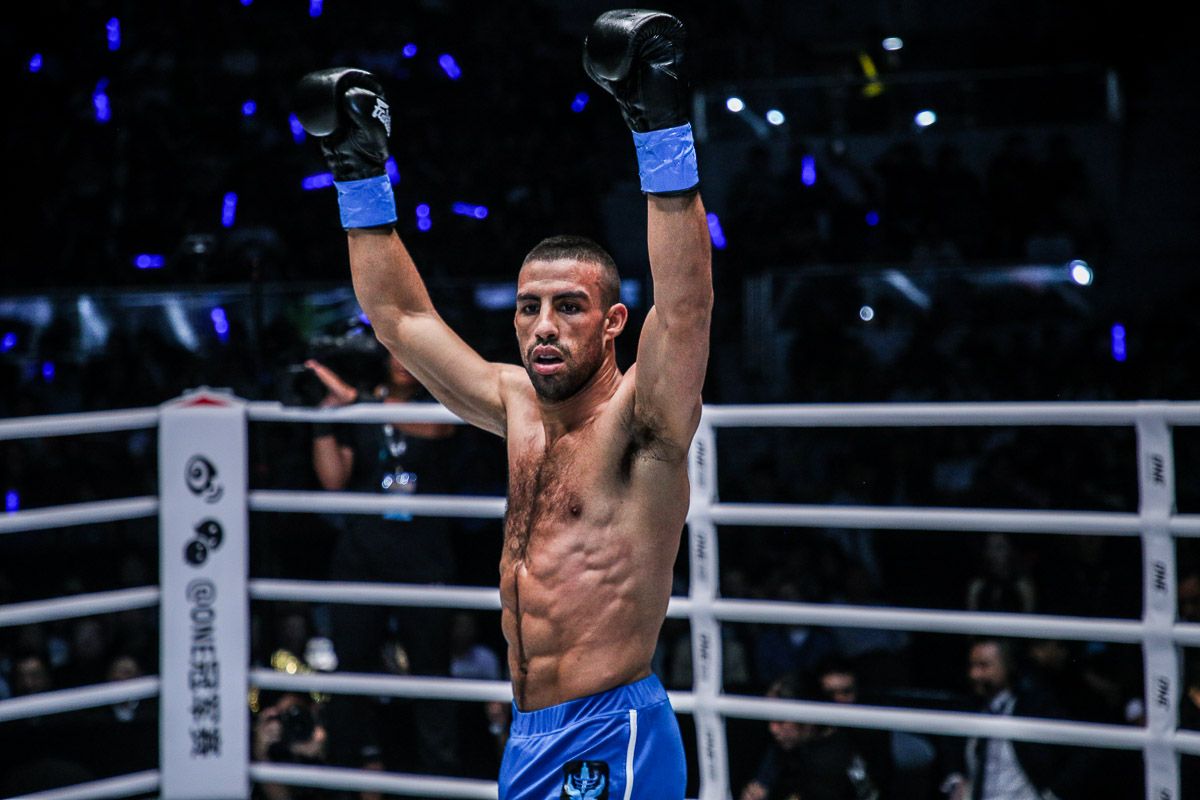 Like his friend Giorgio “The Doctor” Petrosyan, Haida survived and then thrived after moving from his nation of birth to Italy, and he now feels a responsibility to properly represent both his adopted homeland and Morocco whenever he competes.

“Dynamite” already has a World Title on his resume, but winning the most illustrious belt in kickboxing on the global stage would be his crowning glory.

“For me, representing Italy is a great honor,” he says.

“As a fighter, I am fully made in Italy. In this country, I became a World Champion, and I have to thank Italy for this opportunity. But of course, in my heart, there will always be a special place for my birthplace and for my fans in Morocco.”

There’s no doubt that fans in both nations would rejoice if Haida can topple a dominant World Champion in Eersel, and the challenger would love nothing more than to wrap the belt around his waist in Singapore.

His persistence and dedication have taken him this far – now, just one more step remains on his journey toward history.

“Winning ONE Championship’s belt would simply mean a dream come true for me,” Haida says.

“It is what I have always wanted deep in my soul, and this is the right time and fight for me to get this chance.”