Just days before his showdown with Elliot “The Dragon” Compton, legendary kickboxer Nieky “The Natural” Holzken predicted he would finish the Australian with a body shot.

Staying true to his word, he did just that.

The #1-ranked lightweight kickboxer defeated Compton with a spectacular left hook to the body just 96 seconds into the first round of their co-main event clash at the previously recorded ONE: BIG BANG II on Friday, 11 December. However, when the action kicked off inside the Singapore Indoor Stadium, it was Compton who stood on the outside and punished Holzken with three-piece combinations and body kicks. Whenever Holzken tried to advance, the Australian repeatedly stuck his jab in the Dutchman’s face and then followed up with leg-buckling low kicks.

“The Natural” continued to pressure the #5-ranked lightweight, though, and Compton responded by throwing four- and five-punch combinations in bursts, hoping one of them would create an opening and find its mark.

Unable to inflict any real damage with his hands, Compton went for a jumping knee, which was met with a fast left hook from Holzken. “The Dragon” kept stuffing his left hand in Holzken’s face, but the man from the Netherlands bit down on his mouthpiece and continued to stalk the Aussie around the ring. 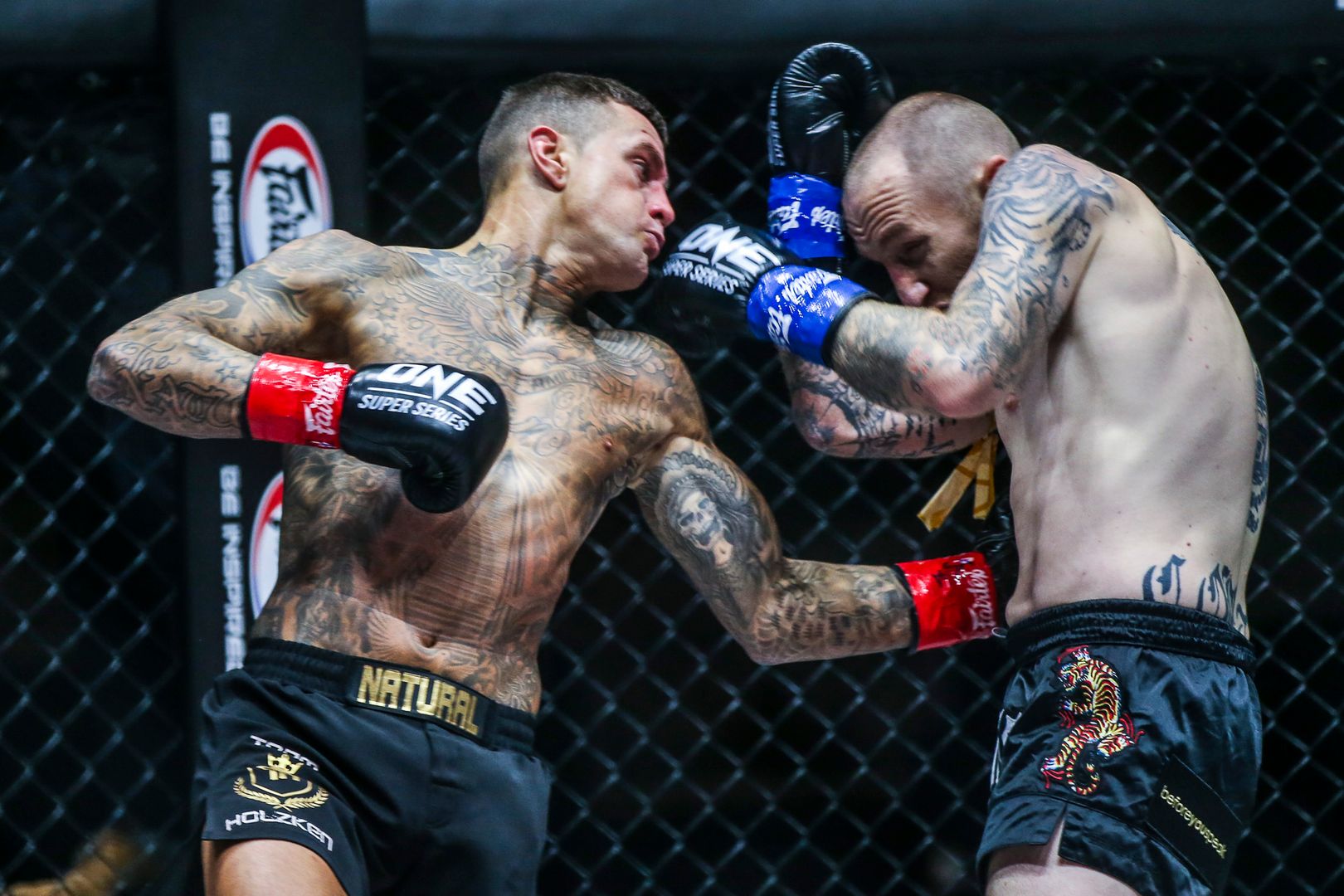 Compton’s low kicks started causing trouble for the Helmond native, however. “The Natural’s” left leg buckled under the pressure of the kicks, and when he did get his leg up fast enough to block, it was sent sideways from the impact of Compton’s shins.

But in a sudden change of events, two long jabs from Holzken stunned “The Dragon,” who closed the distance and engaged in a short-lived exchange of punches, the final being a wild overhand right from the Dutchman that just grazed Compton’s chin.

Seconds later, while Holzken had Compton on the back foot, he threw a jab that got his rival to raise his right arm and defend. When “The Dragon” did, Holzken immediately launched a right uppercut to distract the Australian from what was coming next – a left body hook that shut down the Aussie’s operating system. Compton dropped and couldn’t make the count, which forced the referee to stop the action at 1:36 of the opening round.

The victory brought Holzken’s record to 93-16 (1 NC), solidified his #1 contender spot in the lightweight kickboxing division, and put him back on the path toward another shot at ONE Lightweight Kickboxing World Champion Regian “The Immortal” Eersel.