Regian “The Immortal” Eersel delivered another clinical performance to dominate martial arts legend  Nieky “The Natural” Holzken and defeat him for the second time.

The Dutchman retained the ONE Super Series Lightweight Kickboxing World Title after scoring an overwhelming unanimous decision in the co-main event of ONE: DAWN OF VALOR on Friday, 25 October at the Istora Senayan in Jakarta, Indonesia.

???? WHAT A REMATCH ???? In another five-round battle between the Netherlands' ???????? best strikers, Regian "The Immortal" Eersel outstrikes Nieky "The Natural" Holzken to successfully defend the ONE Lightweight Kickboxing World Title!

???? WHAT A REMATCH ????In another five-round battle between the Netherlands' ???????? best strikers, Regian "The Immortal" Eersel outstrikes Nieky "The Natural" Holzken to successfully defend the ONE Lightweight Kickboxing World Title!????: How to watch ???? bit.ly/ONEDAWNVALOR????: Book your hotel ???? hotelplanner.com????: Watch on the ONE Super App ???? bit.ly/ONESuperApp????: Shop Official Merchandise ???? bit.ly/ONECShop

After stalking Holzken for the opening moments, Eersel’s first breakthrough came when he scored a knockdown off a left hand with around 30 seconds left in the round.

However, just when the Sityodtong Amsterdam standout thought he had the contest under control, his rival fired back with a flying knee and succession of heavy right hooks that had “The Immortal” reeling against the fence. But the 35-year-old could not capitalize and even the score.

The challenger tried to maintain his momentum early in the second stanza with body kicks, but Eersel had an answer for everything and soon started to take the lead in the exchanges. 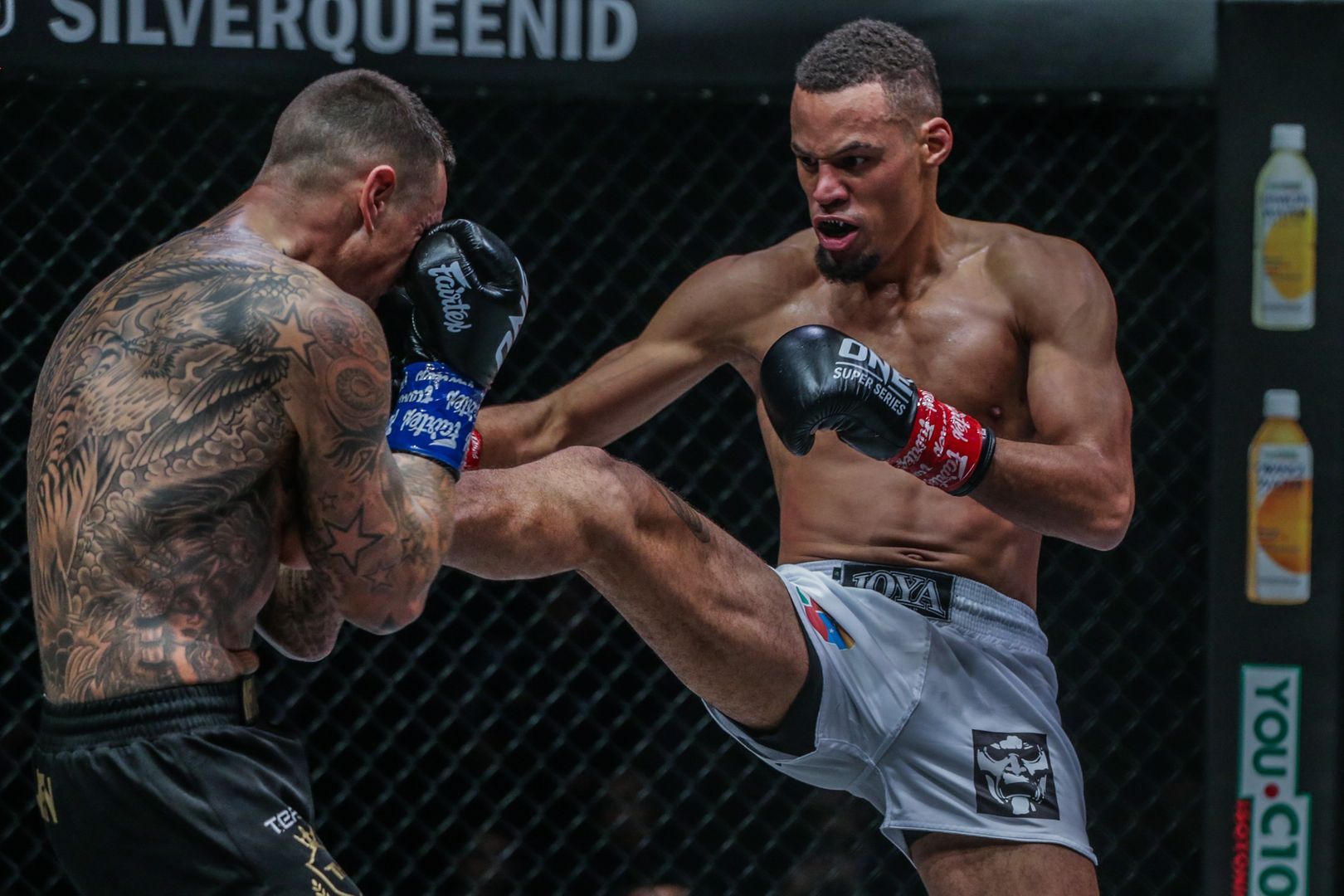 Eersel continued to pour it on in the third round as he mixed up his strikes into flowing combinations that came from all angles, landed with force, and kept “The Natural” on the back foot.

More of the same followed in the first of the championship rounds. Though Holzken connected with jabs and leg kicks, Eersel stayed cool and landed the more significant and effective strikes. By now, his opponent was standing right in front of him, and the 26-year-old from Amsterdam needed no invitation to maintain the pressure.

Needing something drastic, Holzken took the center of the Circle as he looked to push the action in the final round, but it just was not his night. Eersel’s defense was on point against the hard body blows that worked so well for “The Natural” in the final round of their first meeting. 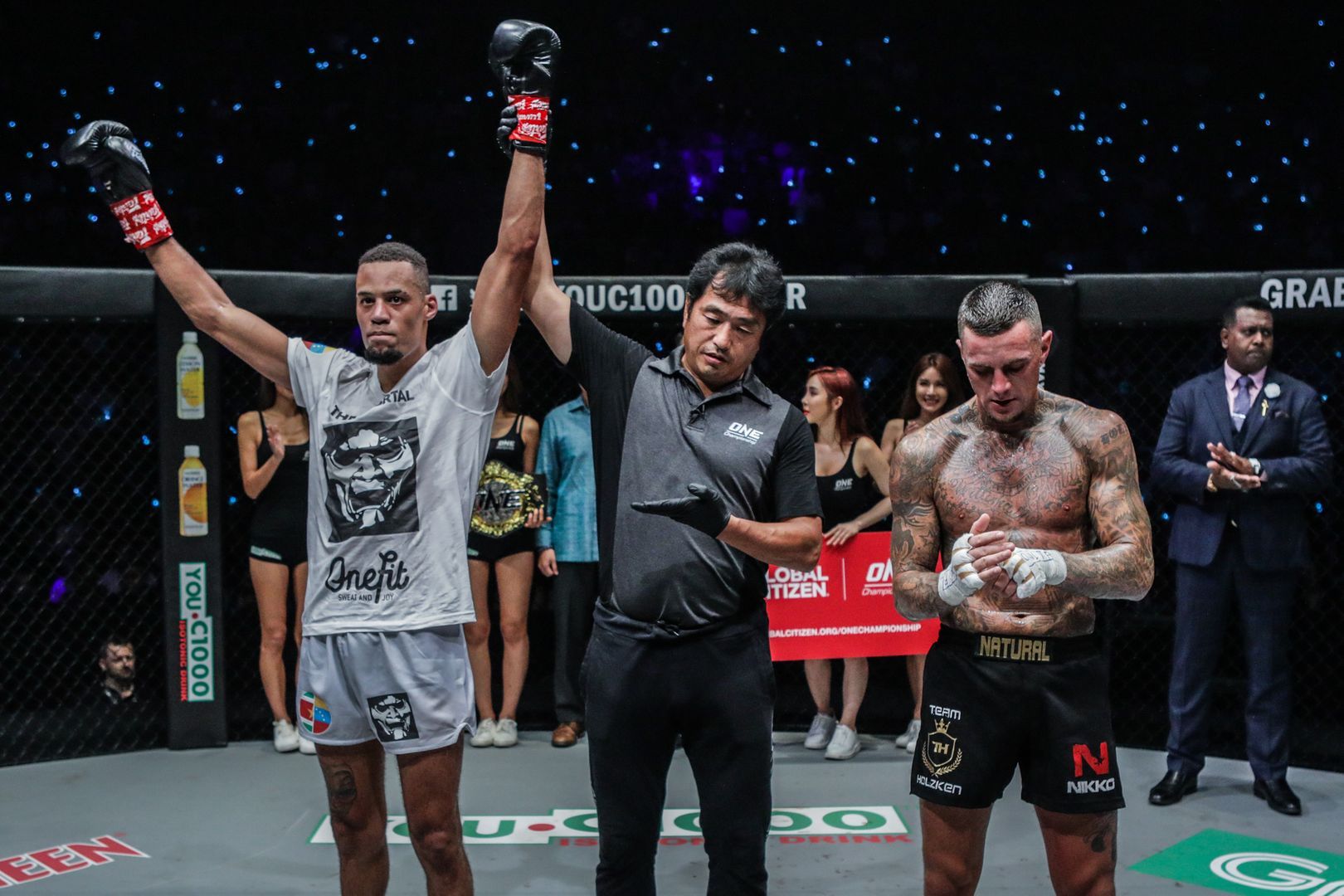 He responded with combination after combination, and by the final bell, the man from Team Holzken Helmond seemed to have run out of ideas.

After five grueling rounds, the athletes’ demeanors made it clear which way the decision would go, and Eersel defended his belt with a unanimous decision that was even clearer than in their first match-up.

“The Immortal” also improved his professional record to 55-4 with the first defense of his ONE World Title, which cemented his status as the world’s premier lightweight kickboxer.