ONE Championship is ready to kick off the month in style.

This coming Friday, 9 October, the world’s largest martial arts organization will return home to Singapore for ONE: REIGN OF DYNASTIES.

The event will be topped by a thrilling Muay Thai World Title clash, while the undercard is packed with five mixed martial arts fights.

If you need more convincing, here are five reasons why you must watch ONE: REIGN OF DYNASTIES this Friday.

Two-sport ONE World Champion Sam-A Gaiyanghadao has been a dominant force.

The living legend, who owns an astonishing lifetime record of 369-47-9, has mostly decimated his competition in The Home Of Martial Arts. Along the way, he’s firmly established himself as the premier striker in the strawweight division, claiming both the ONE Strawweight Kickboxing and Muay Thai World Championships by unanimous decisions.

Sam-A may seem invincible, but Australian underdog Josh “Timebomb” Tonna has some momentum of his own and believes he can pull off the upset.

After a difficult start to his ONE career, Tonna made pivotal changes to his lifestyle. In mid-2019, he started training with Kieran Walsh at Muay U to improve his techniques, began working with Steven Bingley to elevate his strength and conditioning, and surrounded himself with inspiring people to build up his positive mindset.

That led to a pair of spectacular wins, as he defeated Yoshihisa “Mad Dog” Morimoto and knocked out five-time Muay Thai World Champion Andy “Punisher” Howson.

The Canberra native knows the matchup with Sam-A is the chance of a lifetime, and he’s ready for the moment. But will his preparation be enough against such a dominant divisional king? The world will find out Friday.

#2 A Battle To Crack The Flyweight Rankings

McLaren, a talented striker equipped with a Brazilian Jiu-Jitsu black belt, has always competed against the world’s best – and has defeated many of them. Additionally, he nearly beat ONE Bantamweight World Champion Bibiano “The Flash” Fernandes for the World Title in December 2016 but lost by a razor-thin split decision.

Since moving down to flyweight in late 2017, McLaren has finished the likes of Anatpong “Mak Mak” Bunrad, Gianni Subba, and most recently Gurdarshan “Saint Lion” Mangat. The Aussie is a threat on the feet and especially on the ground, and he can end any bout in an instant.

The same could be said for Toivonen, who has a perfect 100 percent finishing rate. The Finnish rising star is a strong grappler with heavy hands, which he showcased in his first-round victory over Akihiro “Superjap” Fujisawa in July 2019.

Both McLaren and Toivonen are rapidly approaching their primes, and whoever wins this bout could be just a few victories away from a ONE Flyweight World Championship fight. 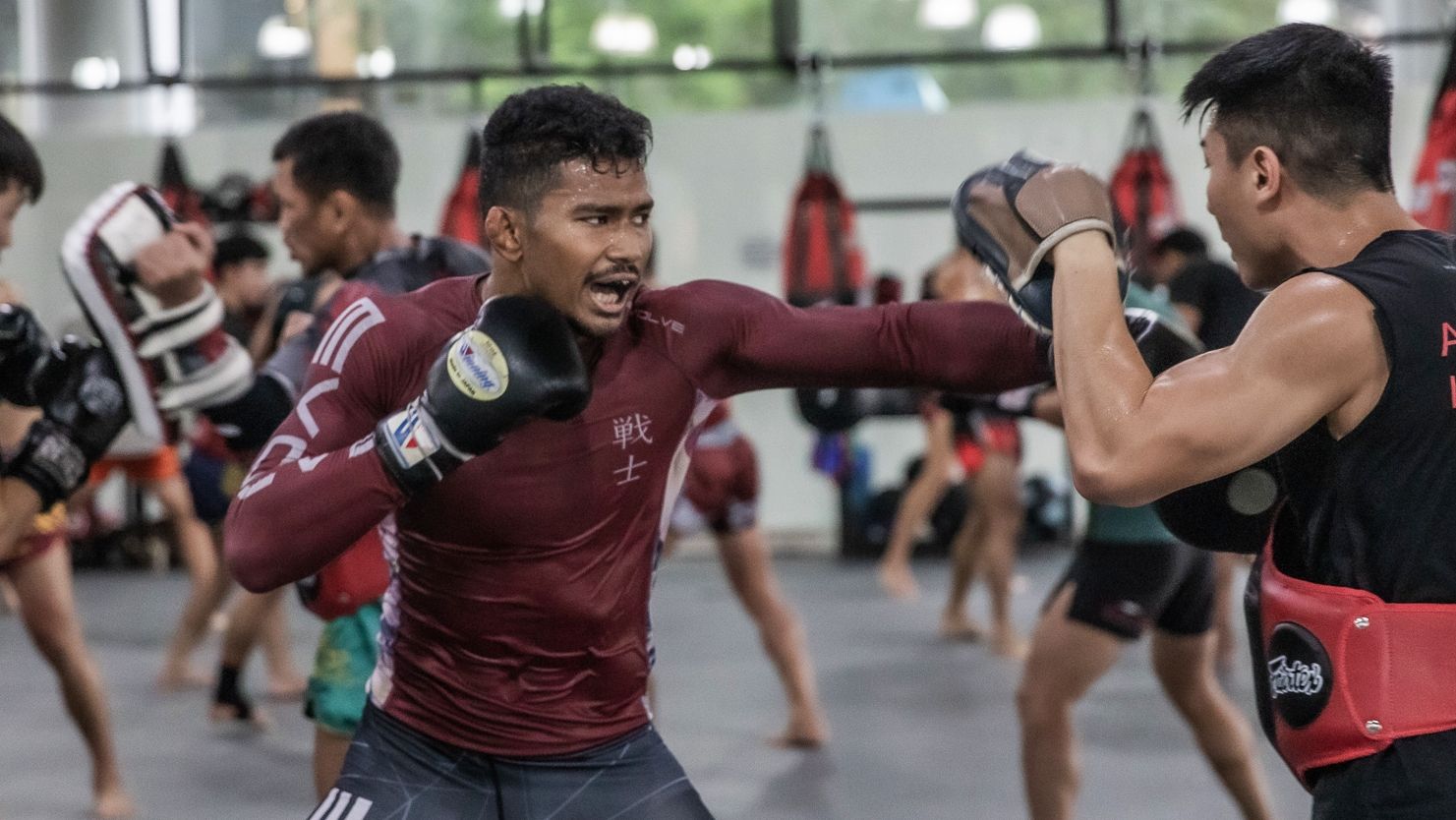 Amir Khan is not competing for a World Title or a spot in ONE’s Athlete Rankings on Friday, but he’s fighting for both his father and his future.

The Singaporean, who shares ONE’s all-time knockout record with lightweight king Christian “The Warrior” Lee, is at a crossroads in his career. Khan’s lost four of his last five bouts, so he desperately needs a victory to get back on track.

Meanwhile, the biggest supporter in his life – his father, Tajudeen – was diagnosed with Stage IV brain cancer and may have just three months to live. That means this could be the last time Khan’s father sees him compete, giving this fight plenty of extra meaning.

It won’t be easy, however. Khan’s opponent, Rahul “The Kerala Krusher” Raju, is on a hot streak, having finished his two most recent opponents via rear-naked choke. The Singapore-based Indian is full of confidence and believes he can “break” Khan to score the hat trick.

Each man wants to move forward in their respective careers, but Khan is feeling a sense of urgency. With so much at stake, both professionally and emotionally, he is in “must-win” mode. It remains to be seen if that will carry him to victory.

The past several events were very heavy on ONE Super Series Muay Thai and kickboxing action. But in the promotion’s Singapore homecoming, fans will be treated to an undercard loaded with mixed martial arts bouts.

In addition to the aforementioned contests, a trio of other fights will take place under the mixed martial arts rule set.

Opening the show will be a flyweight tilt between young wrestling studs “The Indian Notorious” Roshan Mainam and ONE Hefei Flyweight Tournament Champion Liu Peng Shuai.

Next, former ONE Strawweight World Champion Dejdamrong Sor Amnuaysirichoke will make his return against battle-hardened Chinese warrior “Wolf Of The Grasslands” Hexigetu.

#5 The First Of Many World-Class Events From Singapore 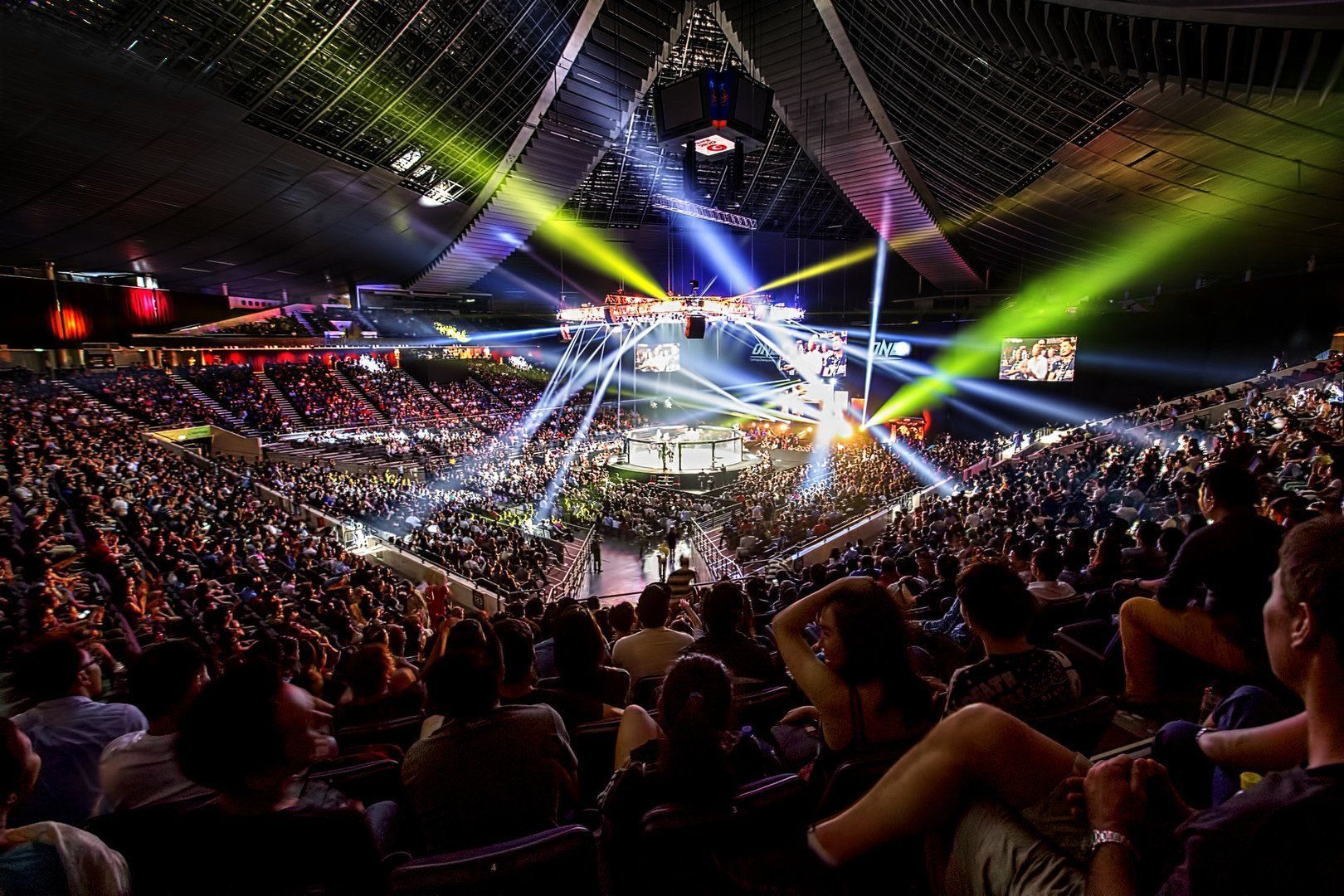 This show in “The Lion City” is significant because it will be the first international sports production in the country since the COVID-19 outbreak began.

And according to ONE Chairman and CEO Chatri Sityodtong, ONE: REIGN OF DYNASTIES will be the first of many upcoming international events put on by the world’s largest martial arts organization.

So sit back, relax, and enjoy the historic show this Friday.