Aleksi “The Giant” Toivonen now represents Evolve in the world’s largest martial arts organization, but his journey in combat sports began in Lahti, Finland, under the guidance of his longtime coach, Jan Laitiainen.

Before he faces #5-ranked flyweight contender Reece “Lightning” McLaren at ONE: REIGN OF DYNASTIES on Friday, 9 October, Toivonen spoke about the man who has made a massive impact on his life – both on and off the mats.

“My parents have made me the man that I am, but Jan’s also been a father figure to me,” the 28-year-old says.

“Growing up in martial arts gyms, Jan’s always guided me through thick and thin – all the hard times and all the good times in my life – and taught me how to become a martial artist, a fighter, and a better man.”

It wasn’t always this way, though.

Toivonen met Laitiainen as a 10-year-old kid, right after he let go of hockey and soccer to focus on traditional martial arts. And early on, the young Finn wasn’t easygoing around the man who would later become his mentor.

“He was like 100 kilos – a big guy – and tattooed all over. He always seemed angry and mad to me. I was terrified of him,” Toivonen recalls with a laugh. “But when I started growing up, he started taking me under his wing.”

The two began to develop a father-son relationship, and whenever Toivonen felt himself being pulled off course in either life or martial arts, Laitiainen would be there to nudge him back on the right path.

“He’s helped me out tremendously in my life, guided me, and told me how to prepare for competition,” the flyweight continues. “He’s been there every step of the way, since I was a kid all the way to this moment.”

Not long after, the burgeoning talent wanted to test himself at the professional level, so he devoted even more of his time to his mixed martial arts endeavors.

Under the tutelage of his coach, Toivonen quickly amassed six wins in his home country, five via submission and one via TKO. He says that success was largely due to Laitiainen’s training philosophy and humility.

“Many coaches think they know best, like they can teach you everything, but he’s always told me to go train with other guys and pick up the best things from everyone,” the Finn says.

“When it came to technical development, he was always very open-minded. Like when it came to grappling, if I found a leglock specialist, go train with them. If I found the best pressure passers, go with them. Best boxers, best kickboxers – try to pick and choose from the best possible teachers, best possible competitors, and try to mimic them and make the stuff your own.

“He’s always been advising me to travel and learn from everyone to become the best version I can be.”

In November 2018, Toivonen took that advice and decided to try out for the Evolve Fight Team. Despite the exciting opportunity, he knew that making the squad would come with sacrifices – leaving behind his friends, family, home, and most importantly, Laitiainen.

Without hesitation, the coach stayed true to his philosophy and gave “The Giant” his blessing. With that, the flyweight left the cold climate of Finland for the sweltering humidity of Singapore for the mega gym’s first-ever global tryouts.

“He’s always encouraged me to be my own man, to seek opportunities, to get better, and to advance my career,” Toivonen says. “So, it was automatic. We both assumed that if I got the spot, I would come [to Singapore].”

That’s exactly what unfolded when Evolve’s coaches realized just how much potential the Finn had.

Do what you have to do, to do what you want to do. #mma #training #boxing #striking #evolvemma #evolvefighteam #onechampionship #onefc #singapore #lahe

Nowadays, the undefeated Toivonen has made quite a name for himself in the mixed martial arts world. In his promotional debut at ONE: MASTERS OF DESTINY, for instance, he kept his 100 percent finishing rate intact by earning a first-round submission victory over Japanese standout Akihiro “Superjap” Fujisawa.

Just as his career was taking off, though, Toivonen suffered an ACL tear while training and was forced to the sidelines for an extended rehab. Now healed and healthy 15 months later, he’s looking forward to the clash with McLaren, where he’ll resume his mission of becoming a ONE Flyweight World Champion and vie for a spot in ONE’s Athlete Rankings.

But no matter how far from home his career takes him, and no matter how successful he becomes, the Finnish star will always remember the man who prepared him for these moments.

“Every step that I take in my career, every choice that I make, he has something to do with it. I think every victory, in part, he knows he has his hand in it. I think that makes him proud.” 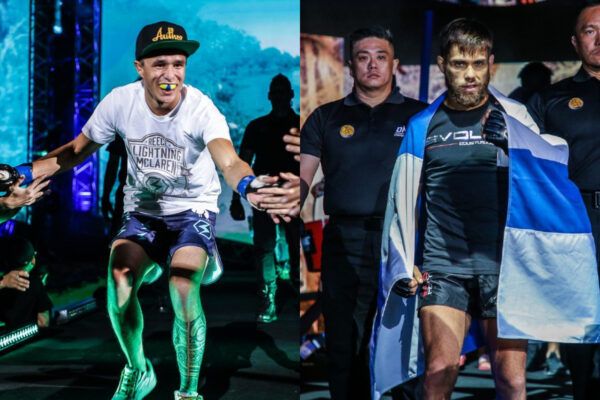