Two-sport ONE World Champion Sam-A Gaiyanghadao furthered his legendary status with a second-round TKO victory over one of Australia’s hardest hitters.

The 36-year-old defeated Josh “Timebomb” Tonna in their ONE Strawweight Muay Thai World Title clash at ONE: REIGN OF DYNASTIES on Friday, 9 October, in Singapore – and it was spectacular.

???? WHAT A FINISH ????Sam-A ???????? knocks out Josh Tonna in the second round to retain the ONE Strawweight Muay Thai World Title! #ReignOfDynasties

The bout began with Sam-A and Tonna trading jabs, but those simple strikes soon made way for more calculated attacks.

First, Tonna turned up the tempo with kicks aimed at the Evolve superstar’s legs and head. The defending World Champion retaliated by sending his toes through the Australian’s belly button.

The challenger kept his composure and stuffed jabs in the face of Sam-A, who looked comfortable absorbing what “Timebomb” threw at him. 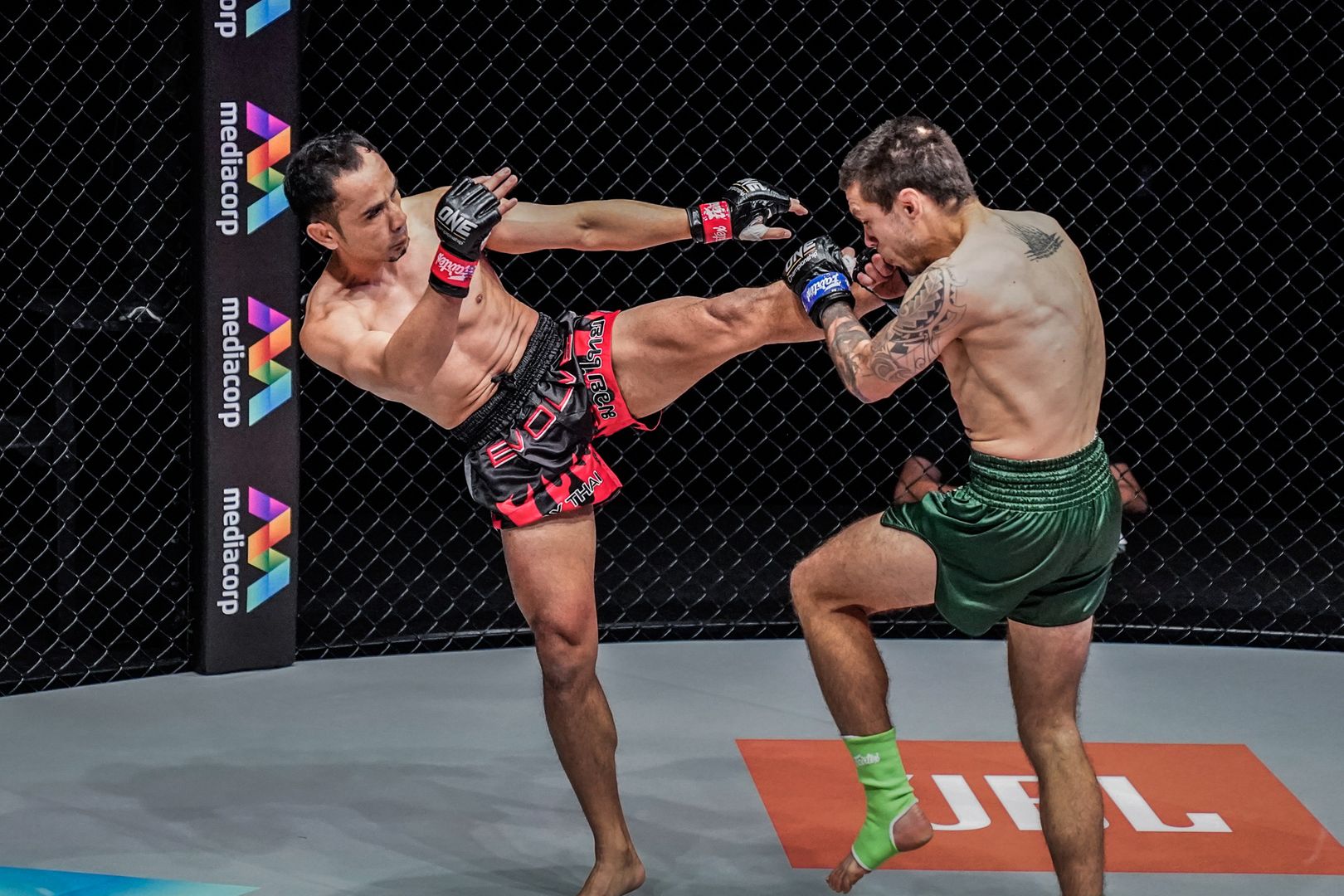 If it looked like the Muay Thai legend was timid for the first two minutes, it was only because he was processing everything coming his way. Once he figured out Tonna’s strategy, he began to offload his well-rounded arsenal.

The World Champion’s momentum started with left high kicks that rattled Tonna. From there, the kicks traveled down the right side of the Australian’s body, eventually buckling his legs.

But it was the Thai’s signature technique – a straight left punch and a left high kick – that did the most damage. And when “Timebomb” tried to counter with a right hook, the Evolve standout landed a three-piece that made his rival instantly regret throwing the looping punch. 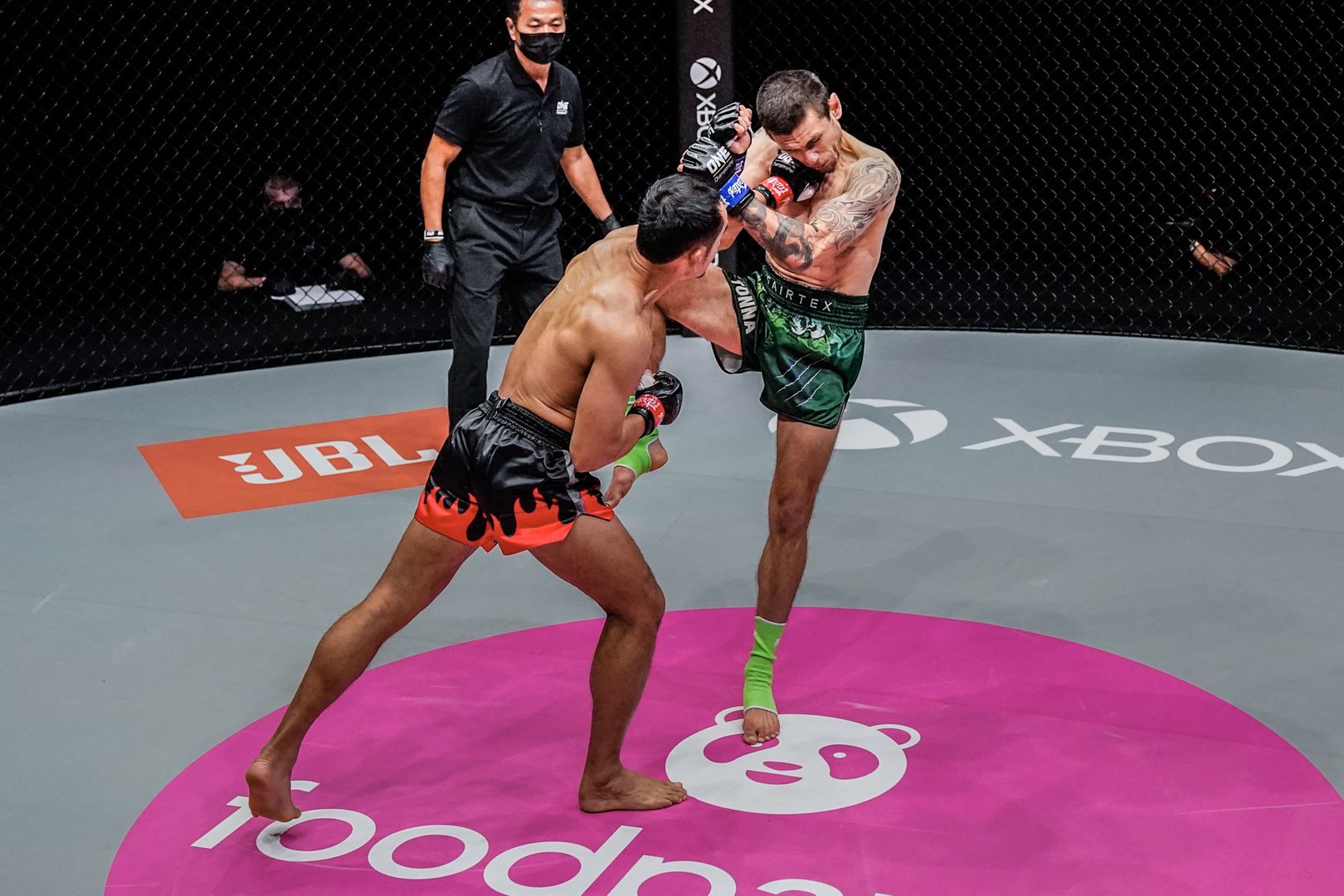 The start of round two looked more promising for Tonna, who walked forward and doused Sam-A with a bucketload of punches. But when engaged in the clinch, Sam-A turned and simultaneously kneed and dumped the Australian to the ground.

The next time “Timebomb” saw the canvas, it was under more serious circumstances. After the Australian threw a rear push kick, the Thai parried and sent a dart of a left hand through Tonna’s guard, scoring the first knockdown of the round.

Tonna rolled back to his feet and took the eight-count, but Sam-A stormed forward and bounced his rival between left high kicks and right hooks.

A low kick then swept the Muay U athlete, and the referee gave him another eight-count. Tonna, showing the heart he promised, got back to his feet – but he was on borrowed time. 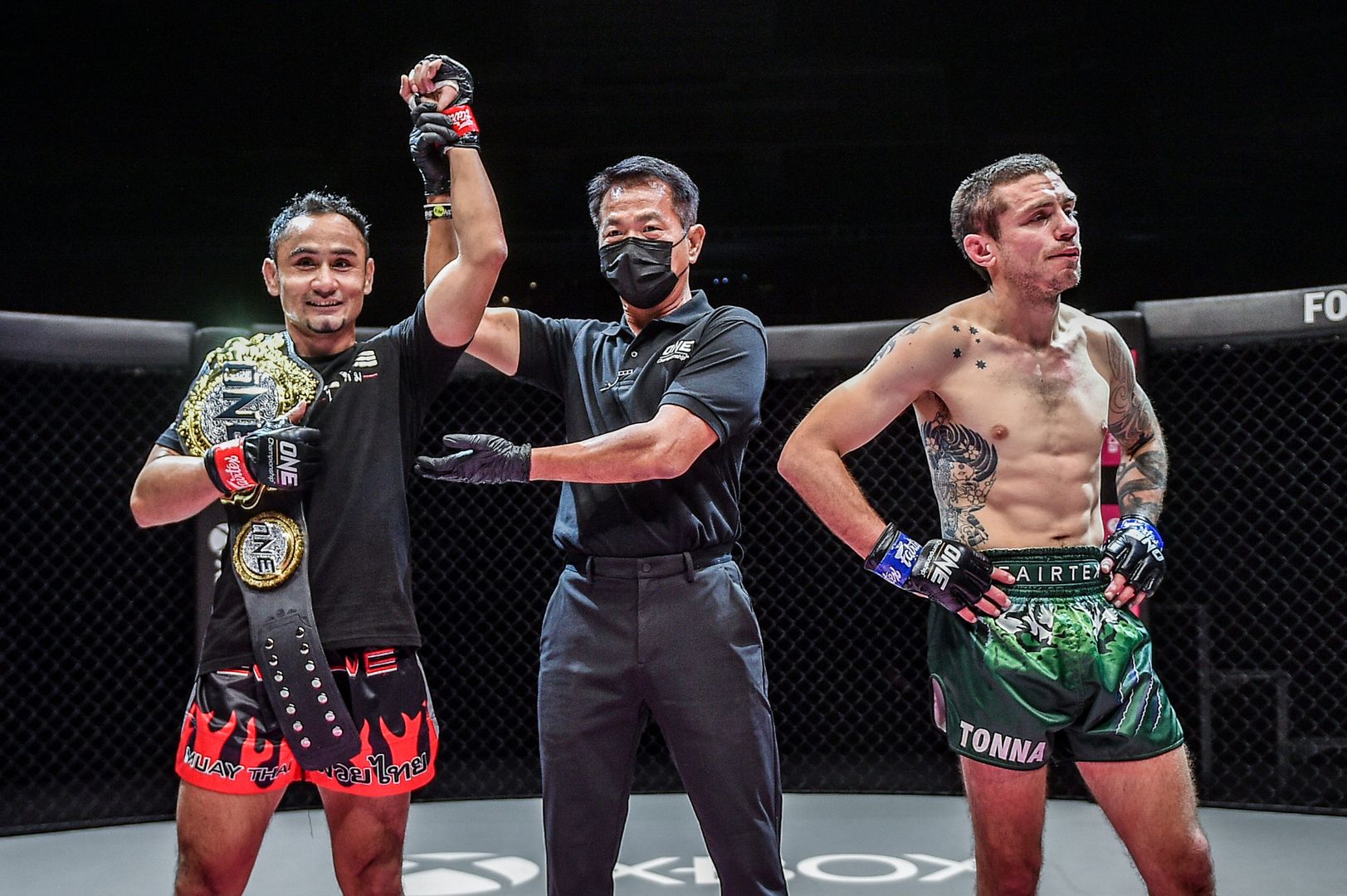 Desperate in the final minute of the round, the Aussie managed to send Sam-A backward with a push kick. But one more stinging left hand from the Thai pulled the rug out from under Tonna’s feet, and the referee jumped in to wave off the bout.

The official stoppage time was 2:30 of round two.

The TKO win pushed Sam-A’s record to an incredible 370-47-9 and proved again why he’s the reigning ONE Strawweight World Champion in two sports.