To say that Aleksi “The Giant” Toivonen had a remarkable start to 2019 would be an understatement.

Just one of six finalists chosen from hundreds of applicants at the Evolve Fight Team Global Tryouts in November 2018, the Finn successfully earned a spot on the squad and subsequently moved to Singapore to begin his new martial arts journey.

Posted by ONE Championship on Friday, 12 July 2019

After relocating to “The Lion City” at the top of the year, Toivonen signed with ONE Championship and was ready to make his mark in the world’s largest martial arts organization.

In July, the 28-year-old delivered a sublime performance in his promotional debut at ONE: MASTERS OF DESTINY by submitting Japanese flyweight veteran Akihiro “Superjap” Fujisawa in the opening stanza.

“[The win] was life-changing, especially getting the first-round finish,” Toivonen admits.

“Even though I’m always very critical of my own performance, looking back on it, I’m very happy with how things went down.”

Toivonen’s poise and grappling ability were well received by fans in Kuala Lumpur, Malaysia, and he was eager to build on his momentum.

With an event in his adopted hometown of Singapore just four months away, he felt like it was a prime opportunity to extend his winning streak in The Home Of Martial Arts.

But an ordinary sparring session in September turned out to be a career-changing moment for the Finnish martial artist.

“The Giant” tore the anterior cruciate ligament (ACL) in his left knee. With surgery all but unavoidable, an otherwise remarkable year in Toivonen’s mixed martial arts career came to a premature and disappointing end.

Though less than enthused about the process of rehabilitation and the resulting hiatus from competition, he remained his usual upbeat self.

Set against the backdrop of the many challenges he had to navigate in forging a career as a mixed martial artist, the road to recovery seemed like a minor setback.

After all, his journey from a small town in Lahti, Finland to the sunny shores of Singapore in pursuit of his dream was no small leap of faith.

Despite the unfortunate turn of events, he is satisfied with his recovery and sports a positive outlook for 2020.

“Moving to Singapore in 2019 and winning my debut in ONE Championship, that was a dream come true for me,” Toivonen offers.

“Unfortunately, the year got cut short, but my team and I are very pleased with my progress, post-surgery. We’re two-to-three weeks ahead of schedule and I’m looking to come back strong in the second quarter next year.” 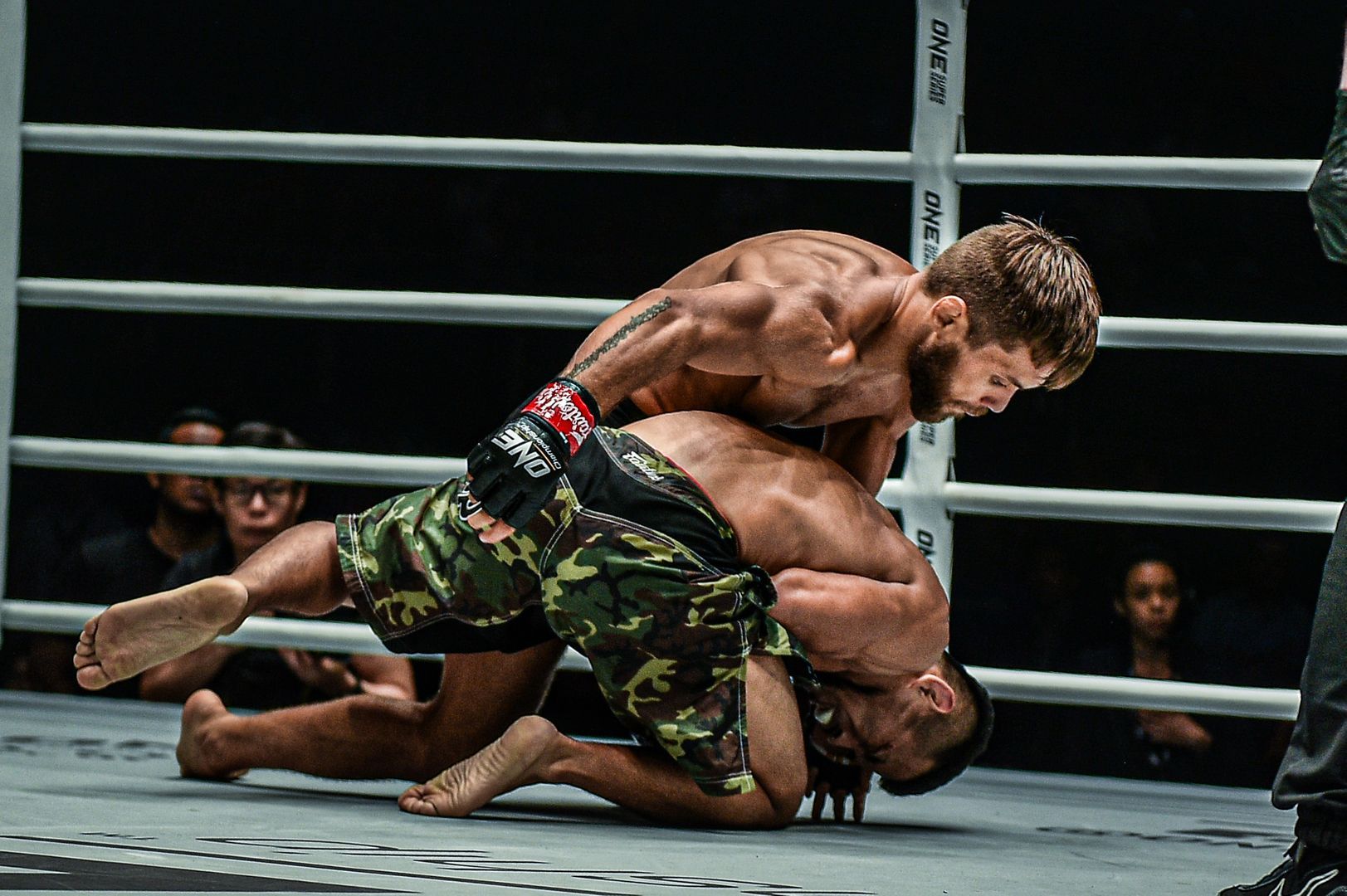 Abandoning the frigid Nordic climate for the heat of the tropics, the ice has yet to thaw on Toivonen’s calm and composed demeanor.

For most athletes, an ACL injury would normally invite panic. “The Giant,” however, remained level-headed throughout the ordeal, thanks in part to his Evolve stablemates.

“The whole team is like a family and just having them throughout this process really helped,” he says.

Amid his training and subsequent rehabilitation, Toivonen also struck up a friendship with fellow teammate and American wrestling dynamo “Pretty Boy” Troy Worthen.

The two have been in each other’s corners during their respective matches and their brotherhood reflects the source of strength that has not only aided his recovery, but also formed the cornerstone behind the team’s recent string of success.

“We are always ready to support and stand with our brothers and sisters on the fight team,” the Finn explains.

“I told them I am always ready to help in anything, especially now that I can’t compete just yet. If you take a look at my social media, you can see how we celebrate each other’s success with pride and joy.”

Fightcamp done for the big @onechampionship event next week here in #singapore ???? Let's go get it my @evolvemma brothers and sisters. #belthunters #2020 #evolvefightteam #war #teamwork

Meanwhile, outside of the gym, “The Giant” relies on a steady stream of cryotherapy and osteopathic treatments to get him back to full strength.

It is an additional layer of support the Finn believes is crucial as he slowly rebuilds the foundations to contend for the ONE Flyweight World Championship in the future.

“I’m just 1-0 in ONE so far, so I’m not in any position to call anyone out. It’s a game of respect, but I’m ready for anything. I’ll build myself back up and get back to the top, and remind everyone I am in the flyweight division.”