ONE Featherweight World Champion Martin “The Situ-Asian” Nguyen may have experienced a difficult 2018, but he made some major changes and dramatically turned his career around.

After falling short in his bid to become a groundbreaking three-division ONE World Champion, getting sidelined with a serious injury, and leaving his old gym KMA Top Team, the Vietnamese-Australian superstar returned better than ever in 2019.

Nguyen linked up with two-division ONE World Champion Aung La “The Burmese Python” N Sang, found new gym homes at Sanford MMA and Hard Knocks 365 in the United States, and focused his competition efforts strictly on the featherweight division.

As a result, the 30-year-old had a pair of knockout victories against two of the best athletes in the entire weight class.

Before he turns the page to 2020 and continues to build on his stellar legacy, “The Situ-Asian” reflects on his year of redemption.

ONE featherweight king ???? Martin Nguyen called his shot and came through with a stunning second-round knockout of Koyomi Matsushima!

ONE featherweight king ???? Martin "The Situ-Asian" Nguyen called his shot and came through with a stunning second-round knockout of Koyomi Matsushima!????: Check local listings for global TV broadcast

Posted by ONE Championship on Friday, 2 August 2019

ONE Championship: After a rough 2018, you had a perfect 2019. You won both your matches this year via knockout. How would you describe this year?

Martin Nguyen: 2019 was a blessing. We had a good start with my new team, and I feel like I’m a much better athlete than I ever was. There’s only one direction from here, and I believe 2020 is going to be an even more exciting year.

ONE: You remained in the featherweight division, and it paid off brilliantly. Any reason why you did not move up or down weight classes in 2019?

MN: Going up and down weight classes definitely took a huge toll on my body. I was getting more injured, I was getting sick, and my mentality wasn’t there.

My wife told me to stick in my division, and she told me to quit moving up and down. It wasn’t healthy moving up and down weight classes, so I listened to her advice and stuck to where I perform at my best. I did that, and yeah, I came back stronger than ever and took out two top opponents. I couldn’t be happier.

ONE: What was your initial goal for the year?

MN: It was [to continue] where I left off in the featherweight division. I felt by jumping divisions and all that, I kind of lost confidence in myself. I didn’t know where I was going, or what was happening with my career after those [bantamweight and lightweight] title shots. I just wanted to rebuild myself, keep to my legacy, and defend it.

Posted by ONE Championship on Friday, 12 April 2019

ONE: How sweet was that victory against the former ONE Featherweight World Champion, Narantungalag Jadambaa, in April? It was your first finish since 2017.

MN: That Jadambaa win was special. As soon as I had that finish, I felt like this was the start of the reigniting of the Martin Nguyen from 2017.

In 2018, a lot of things didn’t go my way, and that resulted in me having zero finishes. When I finished someone like Jadambaa, it said something. It showed that I’ve been doing the right things at Sanford MMA. I’ve got the right people around me, and it’s on to bigger things.

ONE: In your next bout in August, you scored the ninth knockout win of your career against Koyomi Matsushima. Take us through that one.

MN: Coming into that Matsushima fight, I had a very bad shoulder injury, so it really limited me with what I could do.

When it came to fight night, I just didn’t think of that injury — all I knew was that I had to defeat him in every position. He was elusive, and a very in-and-out athlete. He caught me off-guard, but I went with the flow and got the finish. It was the icing on the cake, to take out a young lion like him.

MN: I feel like I’m a much more diverse fighter these days. I believe I can go into any division [and achieve success] — whether it is bantamweight, featherweight or lightweight. But right now, I gotta do what’s right for me.

The featherweight division is where I’m at my best and where people can see me at my best, so that’s where I want to be performing. I want to put out the best performances, and I want the fans to remember me for the fighter that I was. 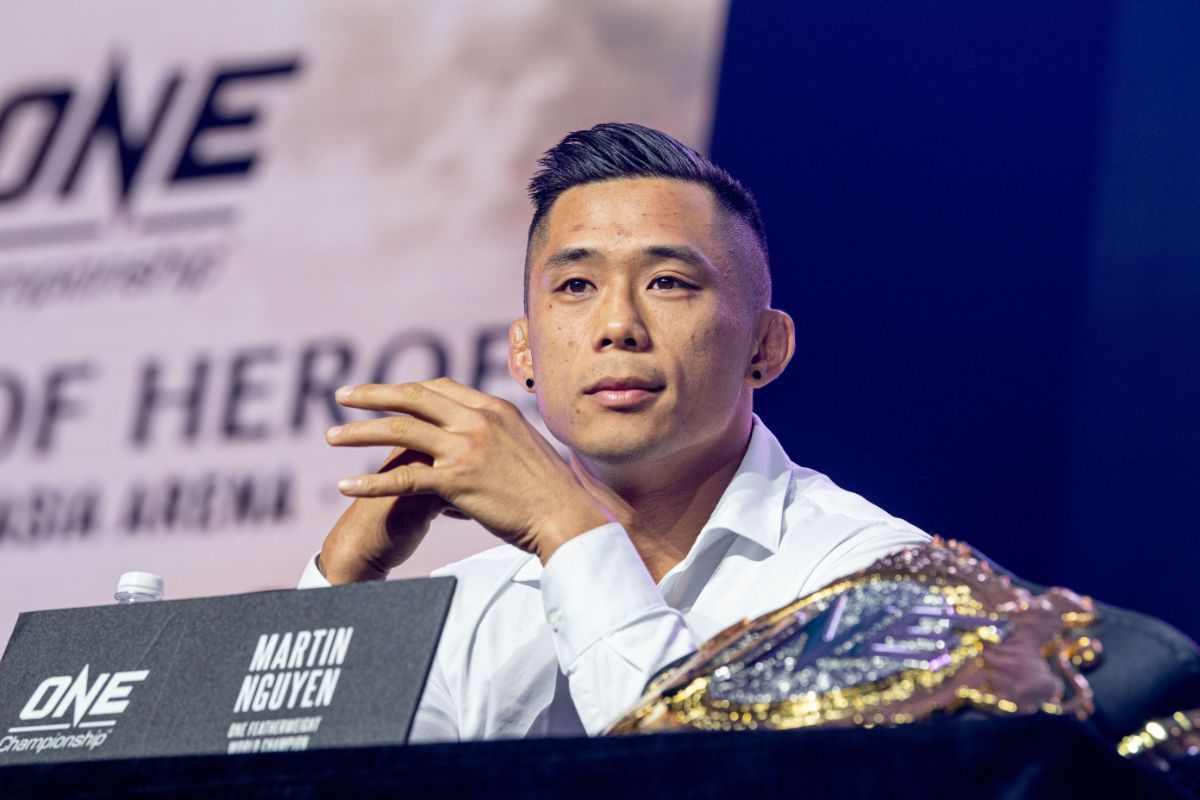 ONE: You spent a lot of time in Florida this year. Have you had any memorable moments?

MN: I want you to put this down in the article – I am the master of the ‘Skull King’ game! It’s a card game I play with Aung La N Sang, Katie [Oliphant, his wife], Tial Thang, and all our friends in Florida. It gets very competitive for us. Apart from that, we went to New York, spent some time there, and traveled around Florida while watching a few fights live.

Florida aside, I had a family holiday in Bali this year shortly after the Jadambaa win. I’ve also met a lot of new friends and people who really made me realize who the close ones around me are. After everything that went down with my previous gym, I know now who is there for me.

ONE: It must have been hard for you to be away from your family in Australia. How did you cope with that?

MN: I missed my family every single day, 100 percent.  Every time we went fishing or went out together, that made me miss my family the most because this was exactly what I do on the weekends with my wife Brooke and the kids.

Everything I did with Katie and Aung La N Sang was everything I wish my family — if they were in the US — would have done with me here.

ONE: With the new year just around the corner, could you share what your goals are for 2020 — both inside and outside the Circle?

MN: All I can say is that it will be a big year for me. I want to get three or four fights next year. I want all the contenders.

I’m going to line all of them up, one by one, ONE Championship is going to send me the contracts, and I’m just going to sign them. I’m going to take them all out. They don’t even have to fight each other, they can just wait for me.

My personal goal for 2020 outside my career is to be a better person than I was yesterday.