“The Underdog” Li Kai Wen may have been out of action for 16 months, but he put the bantamweight division on notice with an explosive performance at ONE: MASTERS OF FATE in Manila, Philippines last month.

Chinese supernova Li Kai Wen ???????? makes a statement in his return to action, toppling "The Great King" Paul Lumihi with a first-round ???? KNOCKOUT ????

The former featherweight contender moved down a weight class and knocked out Indonesia’s Paul “The Great King” Lumihi in emphatic fashion. By doing so, he proved that the drop in weight had not detracted from his knockout power.

Even though he earned the victory, the Chinese star believes he was not operating anywhere close to his full capability. In fact, he viewed this bout as a chance to observe his physicality in his new division.

“This was a tune-up fight after over a year’s lay off and coming back from my knee surgery. Many questions needed to be answered, but the most important was, ‘How recovered is my knee?’” the 24-year-old offers.

“During my fight preparation, my coaches only worked me to 60 percent of my abilities and hoped that I would regain 60 percent of what I used to be. The strategy was to be patient and get re-acclimatized with fighting.”

The frantic 159-second battle may not have seemed patient to the fans watching the contest inside the Mall Of Asia Arena, but Li was able to test his skills in every range, before claiming a huge stoppage win.

The first-round knockout was the end result he wanted, but the Tianjin Top Team product knows he has more to offer.

“I was not particularly satisfied with my performance in the area of stamina and power,” he admits.

“I felt lighter and quicker, but I still have lots of work to do in the strength department. However, it is always nice to get a KO in the first round. Also, this fight definitely boosted my confidence in regards to the recovery of my knee.” 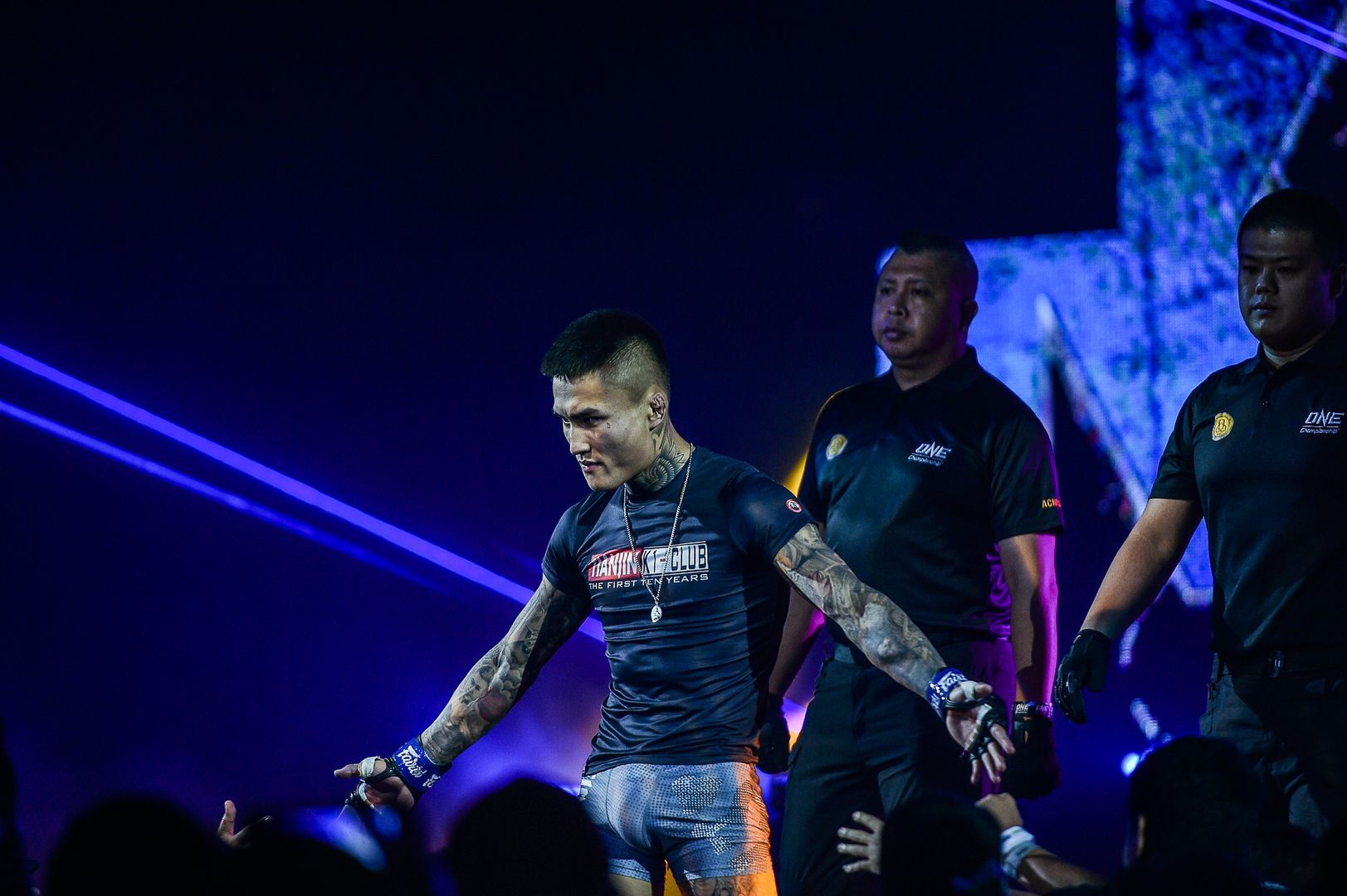 Now riding a four-bout win streak and armed with the assurance that his rehabilitation has been successful, “The Underdog” wants to press forward and make a strong impression in the bantamweight division.

The weight class is teeming with elite talent, and there is a slew of contenders vying for a shot at the ONE Bantamweight World Champion, Bibiano “The Flash” Fernandes.

Li is happy to bide his time and earn his way towards the gold in the coming year, regardless of who stands across from him in the Circle.

“I am open to fighting any [of the top contenders], although many fans are clamoring for a bout between John Lineker and I,” he states.

“It would be a great fight, but I feel that I would need more time to prep myself. Like I said, I was only at 60 percent in my last fight. But, if any fights are offered, I would never back down.

“Right now, I am focusing on climbing the ranks and making my presence felt in this new weight class.” 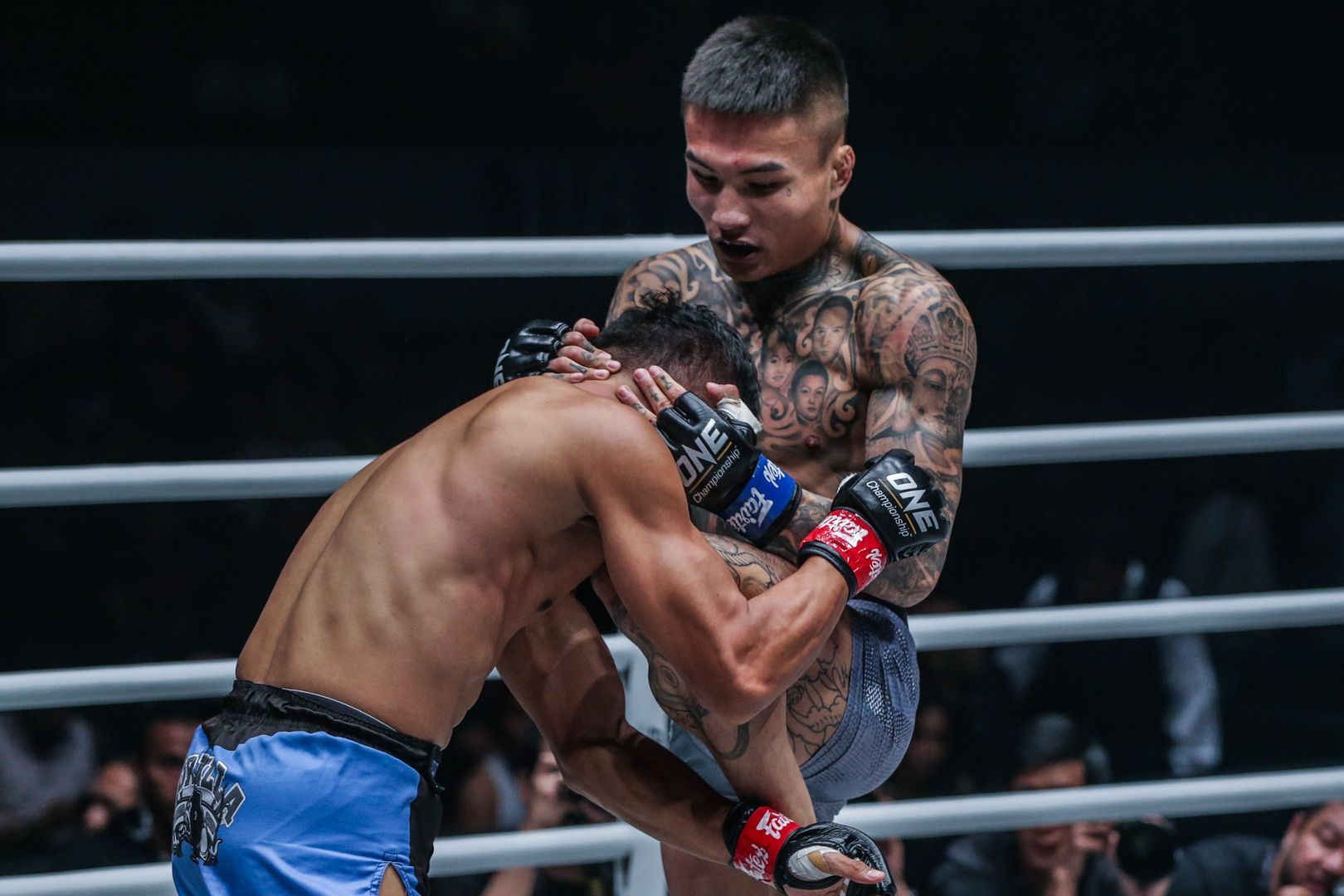 The Chinese athlete is looking forward to the opportunities in front of him, and his time on the sidelines has also helped him to take a more calculated approach towards achieving his goals.

Li is planning to take all the lessons he learned from his setback and put them into practice in 2020.

“The experience I went through last year was rough, but I believe it made me a better person,” he reveals.

“It forced me to apply virtues that I have been taught since I was a kid — patience, determination, perseverance, and steadfastness.”

Despite his new outlook, “The Underdog” does not want to wait too long to make his return to the Circle.

He wants to keep active in the coming year, maintain his impressive run of form, and maybe even settle an old score.

“My short-term goal is to get on the China card in March. I haven’t fought in China for almost four years. Then, I would like to fight two more times in 2020,” he continues.

“I would like to stay at bantamweight for my next couple of fights, but [ONE Featherweight World Champion] Martin Nguyen and I still have to scrap and settle things.”