A pair of Chinese mixed martial artists would love to earn victories for their homeland on Friday, 9 October.

“Wolf Of The Grasslands” Hexigetu and Liu Peng Shuai will both make their long-awaited promotional returns at ONE: REIGN OF DYNASTIES – and each man has reasons to believe they will leave the Circle victorious. 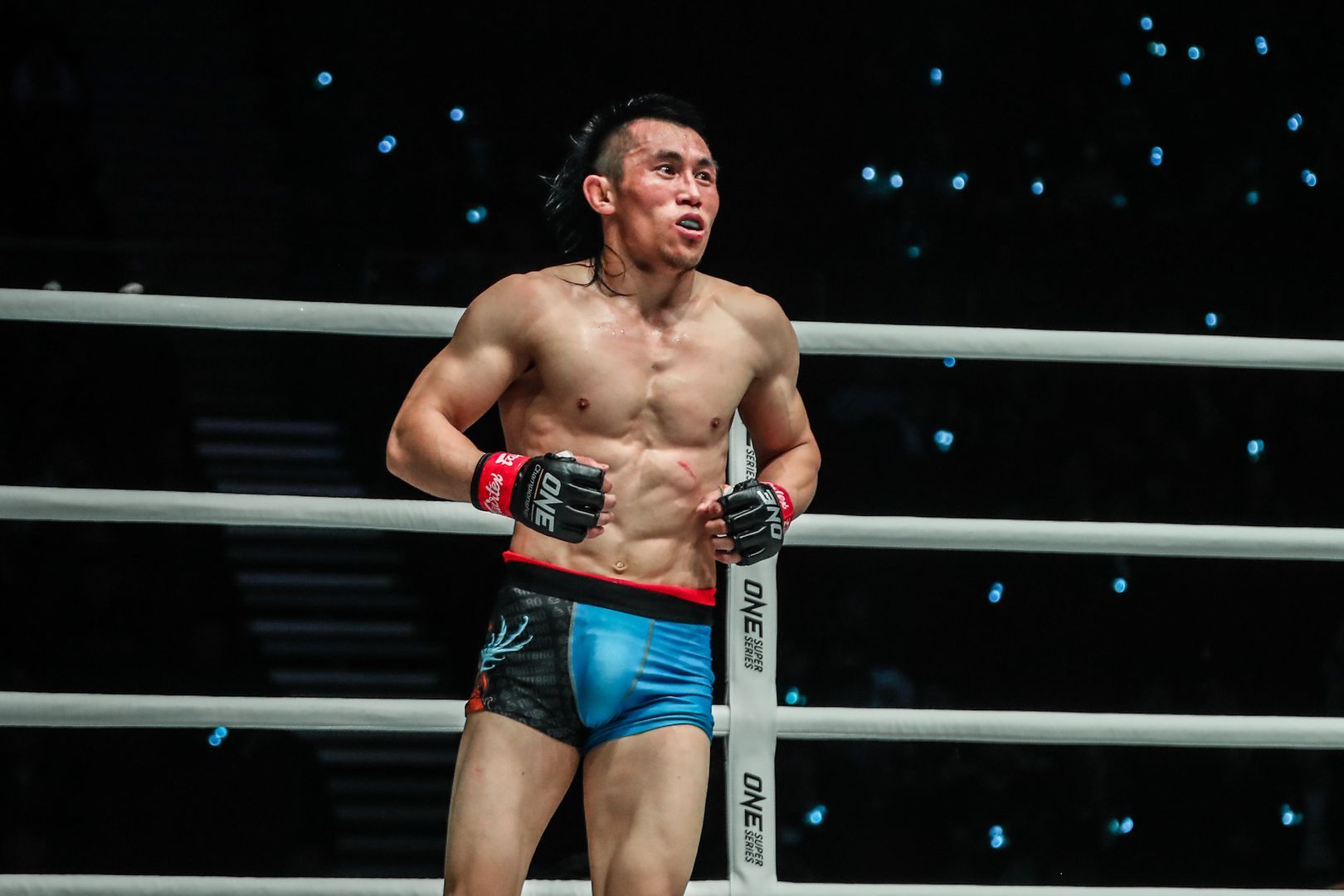 For his part, Hexigetu is extremely fired up.

The China Top Team representative, who comes from a sanda and Mongolian wrestling background, initially experienced a tough run of luck in his mixed martial arts career.

Much of that was due to a nagging injury, but once he healed up, the “Wolf Of The Grasslands” produced a perfect 2019.

First, he used his extraordinary grappling to steamroll Ovais “The Enigma” Shah and earn a dominant unanimous decision victory in May. Hexigetu then repeated the trick to defeat Ramon “The Bicolano” Gonzales in the same manner six months later.

At ONE: REIGN OF DYNASTIES, he will look to make it three in a row, but standing in his way is former ONE Strawweight World Champion Dejdamrong Sor Amnuaysirichoke.

???? The “Wolf of the Grasslands” Hexigetu opens ONE: AGE OF DRAGONS with a unanimous decision win over Ramon Gonzales!

???? The “Wolf of the Grasslands” Hexigetu opens ONE: AGE OF DRAGONS with a unanimous decision win over Ramon Gonzales!????: How to watch ???? http://bit.ly/ONEAODHOTW????: Book your hotel ???? bit.ly/ONEhotelplanner????: Watch on the ONE Super App ???? bit.ly/ONESuperApp????: Shop official merchandise ???? bit.ly/ONECShop

Dejdamrong is known across the globe for his Muay Thai expertise, as he used his striking prowess to become a multiple-division Lumpinee Stadium World Champion and then flawlessly adapted those skills to mixed martial arts competition.

While Dejdamrong is now experiencing a resurgence and would love to make another run at the divisional belt, the 35-year-old Chinese athlete plans to shut down those hopes with the smothering wrestling and submission game he’s developed over the years.

“I won twice last year, and I’m planning to add a third win to my winning streak this time.

“My opponent is a Muay Thai legend, and he is one of the [original strawweights] of ONE Championship, but I have a style that will dominate in the ring. I will show the world how strong this Inner Mongolia warrior truly is.” 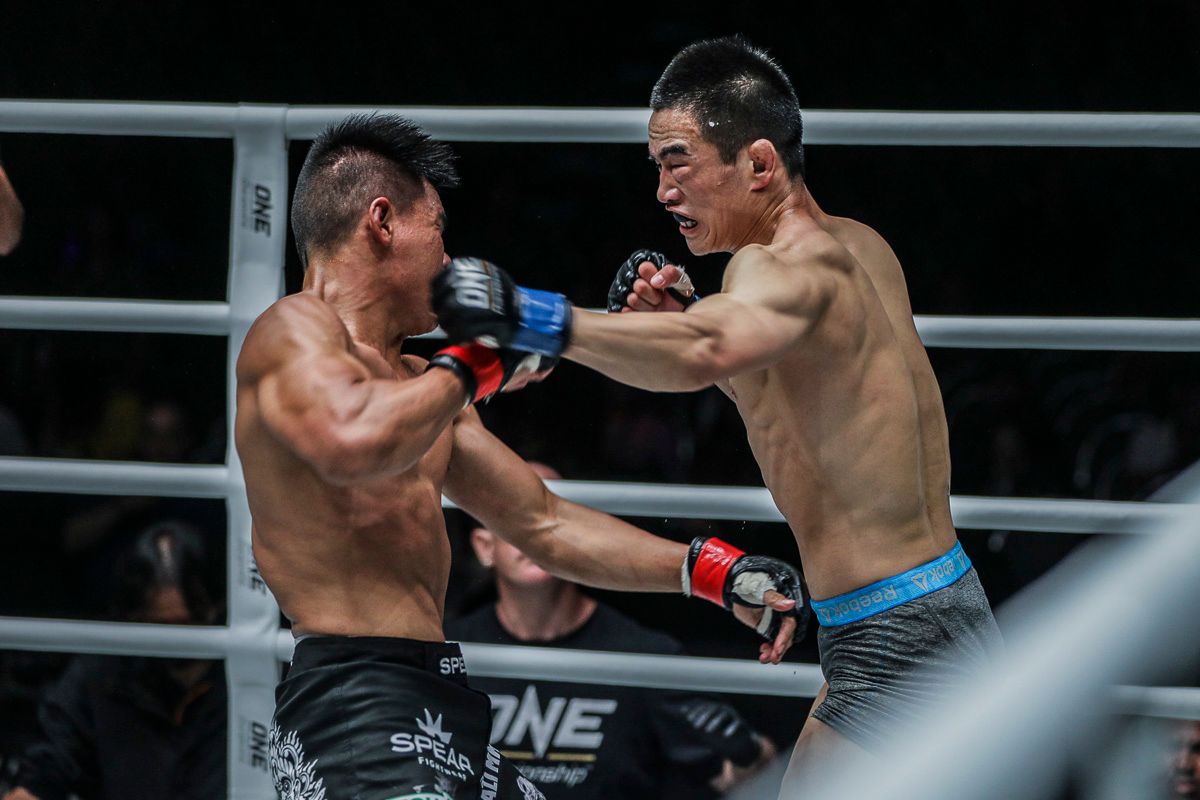 Before Hexigetu steps inside the Circle, his compatriot will open the show and try to ride his own grappling expertise to victory.

Liu kicked off his mixed martial arts career on a high note, winning a pair of bouts to become the ONE Hefei Flyweight Tournament Champion.

The 24-year-old sanda specialist has continuously added to his explosive skill set throughout the years, and his startling growth was apparent last year.

In February 2019, he put his skills to the test against Indonesian Wrestling Champion Elipitua “The Magician” Siregar, who was previously undefeated and had decimated opponents.

However, the Beijing native was able to hang tough with Siregar in the grappling exchanges, and his experience and cardio proved to be crucial factors. Ultimately, Liu submitted the Indonesian with a kimura in the last minute of the contest, ruining the Bali MMA representative’s spotless record in the process.

Chinese warrior Liu Peng Shuai overcomes an early scare to submit Elipitua Siregar via kimura at 4:15 of Round 3!

Chinese warrior Liu Peng Shuai overcomes an early scare to submit Elipitua Siregar via kimura at 4:15 of Round 3!Watch the full event on the ONE Super App ???? http://bit.ly/ONESuperApp | TV: Check local listings for global broadcast

Now, Liu returns to face another highly regarded wrestler in “The Indian Notorious” Roshan Mainam at ONE: REIGN OF DYNASTIES.

Mainam, who has won national wrestling titles in his homeland, produced an outstanding promotional debut last November, where he quickly took down Cambodia’s Khon Sichan, advanced to favorable positions, and ultimately secured the tap with an Americana.

This matchup will be a battle between wrestlers, but Liu thinks his grappling is a bit slicker and will lead him to victory next Friday night.

“First of all, I would like to say thanks to ONE Championship for giving me this opportunity to fight on a fantastic card as the first Chinese athlete of the night,” he says.

“My opponent is a strong wrestler, so I had a tough training camp in preparation for him. I also come from a wrestling background, but the difference is that I trained in traditional Chinese wrestling, and [my style] will flow better. So, I believe in the end that I’ll get my hand raised in the ring.”