Roshan Mainam achieved one of his dreams when he made his ONE Championship debut on 8 November 2019. 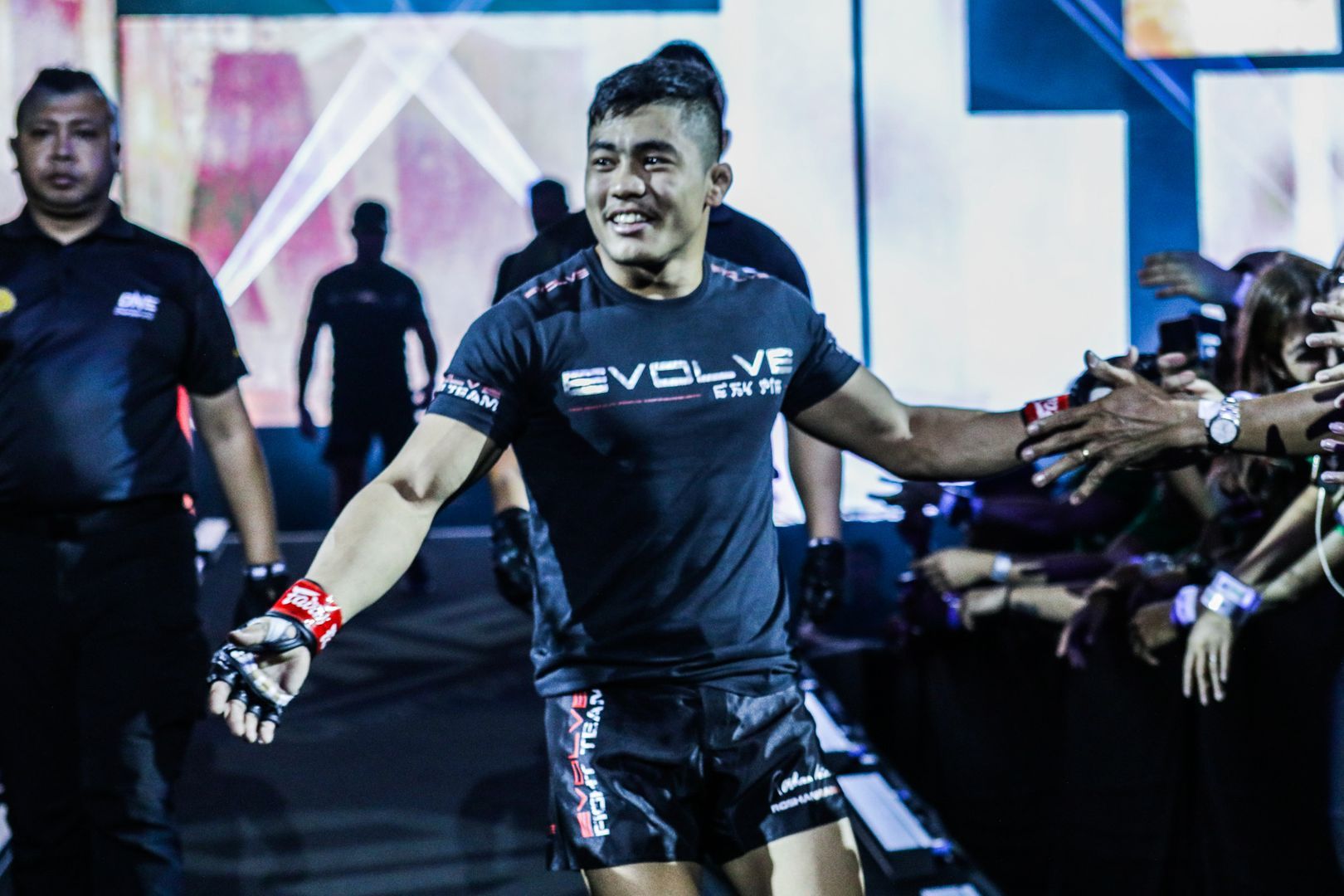 The Indian wrestling sensation competed on the global stage for the first time at ONE: MASTERS OF FATE in Manila, Philippines, when he took on Cambodia’s Khon Sichan in the night’s opening contest.

“It was always a big dream for me to debut in ONE Championship,” the 24-year-old confesses.

“I trained for almost nine months at Evolve [in Singapore], which is one of the best teams in the world. I was really happy with my training and I was delighted to get my debut match. I was glad to make it to the Circle, thanks to a wonderful team, trainers, and lots of support.”

This was a much bigger stage than the Thoubal, India native was used to from his days as a wrestler and competing as a mixed martial artist on the Indian regional scene. However, when he stepped inside the Mall Of Asia Arena in the Philippine capital, he felt like he belonged there.

Mainam is quick to admit that he felt some butterflies when he entered the venue for his premiere on the global stage, but he was also eager to showcase his evolving skill set to a worldwide audience.

“At first, I was not tense about the match at all [even though] it was my first time ever competing at a grand arena with a huge crowd,” he states.

“While walking towards the Circle, I was really excited that I was going to perform in front of so many people.

“I was really happy, but at the same time I was a bit nervous as well because of the magnificent stage, music, and support from the audience. I was representing the Indian martial arts community, so I was a bit anxious [about that] as well.” 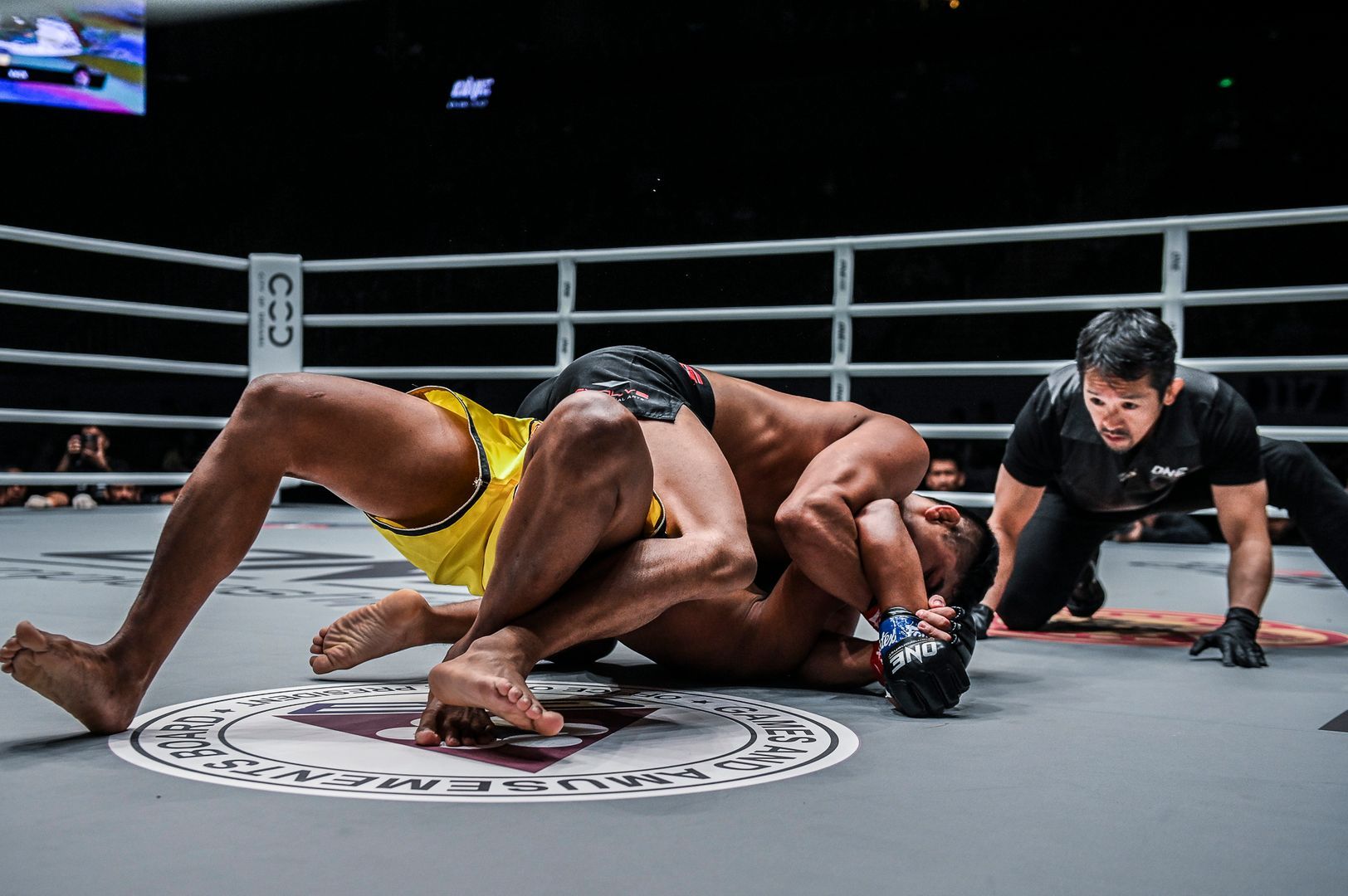 Ultimately, his mix of excitement and anticipation was just right, as he stuck to his strategy and delivered a flawless performance to earn a first-round victory over the Kun Khmer stylist.

The Indian used his bread-and-butter wrestling to take Sichan to the canvas, and then he advanced his position until he secured the bout-ending Americana shoulder lock.

“Whatever game plan my team and I made for this match, I tried to follow that inside the Circle,” Mainam says.

“Khon Sichan is a great striker and his movements are really good as well. Grappling is my strong suit. We decided that I had to go for the takedown so that I could finish it off with my ground game.

“Our plan was to finish the match on the ground. If I was unable to finish it on the ground, our plan B was to go to my striking. I didn’t let that happen though, and I managed to get the submission with my first attack.”

It could not have gone any better for the Evolve representative. He surpassed his first goal of competing in ONE and proved that he has the potential to be a top contender in the flyweight division.

With his bonafide wrestling pedigree and one of the best teams in the world behind him, Mainam feels like he can use this outstanding victory as a springboard to even greater things, as well as represent Indian mixed martial arts at the highest level.

“Winning the debut match was like a dream come true for me. After winning the match, I was overwhelmed and could not speak properly because I was so happy,” he recalls.

“Now I am ready to fight anyone. [I know] I have to improve my striking, but I am working on it every day.

“I want to prove that Indian athletes are inferior to none and we are not weak in mixed martial arts. My team is really good, and I think I can be a World Champion one day.” 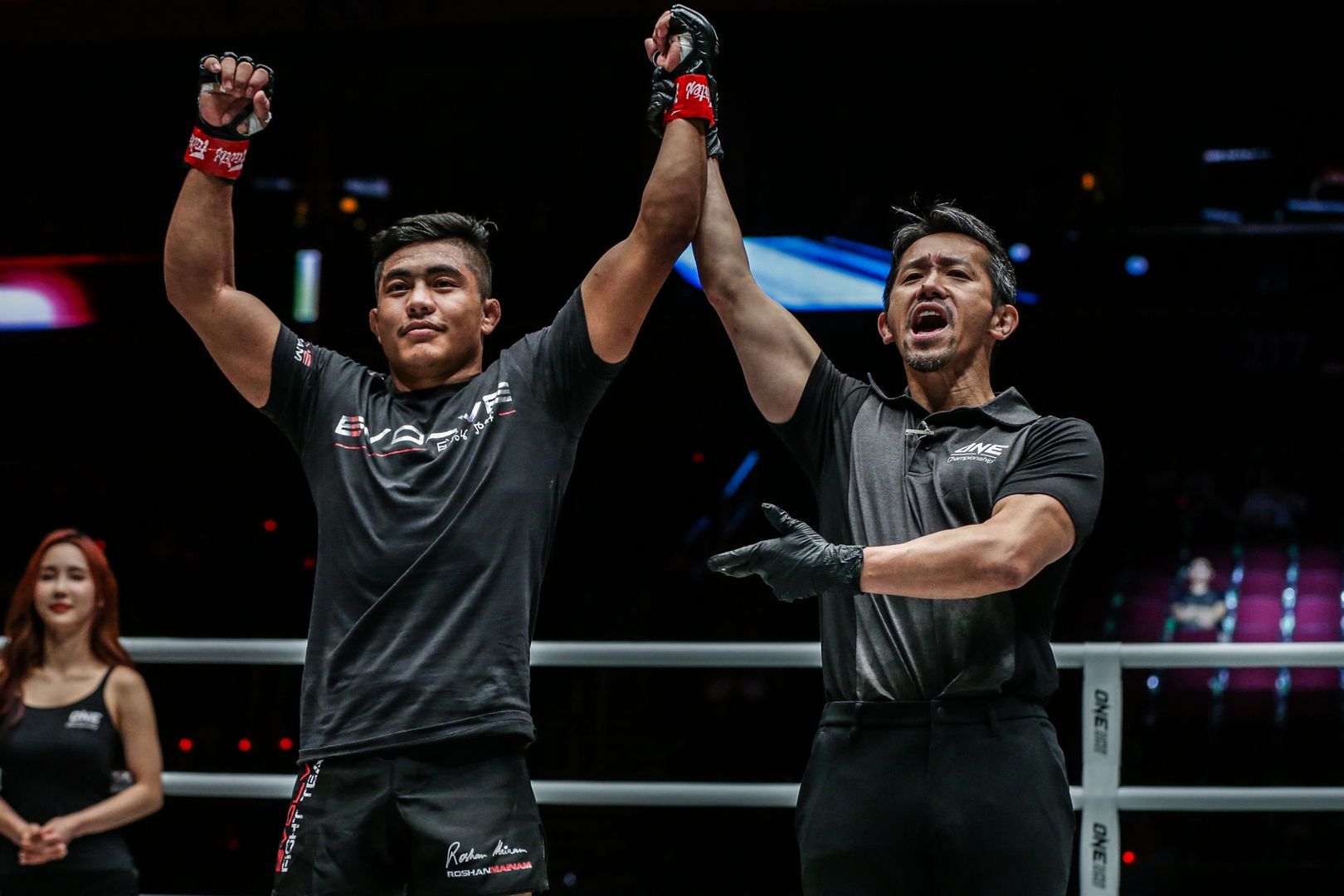 Read more: Roshan Mainam Dared To Dream Big To Provide For His Family