Former Shooto Middleweight World Champion Siyar “The Great” Bahadurzada started a new chapter of his career when he became the head coach of the Evolve Fight Team in January.

The Singapore mega gym’s roster is home to a plethora of elite ONE Championship athletes, so the Afghan-born veteran’s influence will immediately shape the martial arts squad.

Stars such as ONE Women’s Strawweight World Champion “The Panda” Xiong Jing Nan, Amir Khan, Troy “Pretty Boy” Worthen, and Ritu “The Indian Tigress” Phogat will benefit from Bahadurzada’s vast experience in mixed martial arts and — along with the other world-class coaches – he aims to push them toward success on the global stage.

In this exclusive interview with “The Great,” he reveals how he arrived at Evolve, how he is adapting to his new role, and how he plans to further develop the gym’s athletes.

ONE Championship: You decided to take a break from competing to venture into coaching. This is a new direction in your career. What was behind that decision?

Siyar Bahadurzada: I was here during a tryout for a month and that’s when I fell in love with the process of coaching. I wanted a new challenge.

In the last 15 years of high-level competition, I have always tried to inspire a lot of people and help them stay away from drugs and criminal stuff in Afghanistan, and inspire them to do more mixed martial arts.

To a certain point, I succeeded in that and created a big culture of mixed martial arts in Afghanistan. Nowadays, thousands of athletes are making their life out of this sport. That’s something that really means a lot to me.

When I came to Evolve, as I started coaching, I felt the same satisfaction with helping the students get better, helping them to achieve their dreams, and inspiring their nations through them.

ONE: Do you feel your life story has helped you relate to the international athletes at Evolve?

This is something I did myself, and now I see these guys doing it. They’re motivated and they’re inspired to achieve their dreams. It’s a great look, and it’s very inspiring to be around these athletes.

Also, this way, I stay very close to mixed martial arts, which I really love. And in the process, I see these athletes day in and day out. They’re getting better, and I receive a different kind of satisfaction, seeing them do better every week.

ONE: With your struggles and success, a lot of the athletes under your care would aspire to be like you. How does that feel?

SB: I’ve been through a lot of gyms and I’ve trained with a lot of coaches. I’ve had some great coaches and I’ve had some less-great coaches. So, throughout the two decades of my experience in mixed martial arts, I created this knowledge – the things that worked, how to make athletes better, and how to get them to understand the fight game.

I try to make them understand my concept of coaching and my concept of teaching mixed martial arts, so there are no questions in the back of their heads like, ‘Why do we do this specific thing?’ Or, ‘What has this got to do with our way of training or getting better?’

This way, what I didn’t have myself throughout these years — I just had it in a short run in the last couple of years — I try to teach to these guys and I try to be the coach for these guys that I never had.

ONE: You have trained under some of the top names, at the best gyms, and have held elite company. Is that why you felt you could take on this challenge with Evolve?

SB: Correct. Also, there are two different types when it comes down to striking – one is Thai boxing and kickboxing, and the other is mixed martial arts striking.

I get my inspiration from the sessions at Evolve, but also throughout the two decades that I’ve trained in Amsterdam and other gyms, I have gained a good understanding of striking, what works in mixed martial arts and what doesn’t. So, yeah, I’m trying to teach that.

ONE: How did your affiliation with Evolve begin?

SB: I knew Evolve was a great team. The team has the most number of World Champions in multiple disciplines — Thai boxing, Brazilian Jiu-Jitsu, boxing — and I was inspired to be a part of it.

When I saw the ad that they were looking for a head coach, I wrote them an email. It’s just as simple as that. I said who I am and what I’ve done. They contacted me and said, ‘Would you like to come for a month to coach here?’

I said I would love to, and then that’s when I decided to come here and do the trial for a month. When I saw that we had great grapplers, great strikers, and great wrestlers on the team, it was a great challenge for me – and knowing myself, I love to take on challenges. I was sold right away.

ONE: What is it like being the head coach and having so many World Champion coaches alongside you?

My job as a head coach is to see how I can regulate these coaches, and how I can ask these coaches to teach the things that I think are best for mixed martial arts and best individually for every athlete.

ONE: Who has been the greatest inspiration to you now that you are a head coach?

SB: I’d have to say Greg Jackson. Everything — like the way this guy breaks down the fight game — completely changed my career, my life, and my outlook on fighting, and I take him as a great inspiration.

ONE: Since you have been at Evolve, you have experienced cornering your athletes on a ONE Championship event night. What is your overall impression of the organization?

ONE: ONE Championship is all about promoting the positive values of martial arts. Was that something that naturally aligned with you? 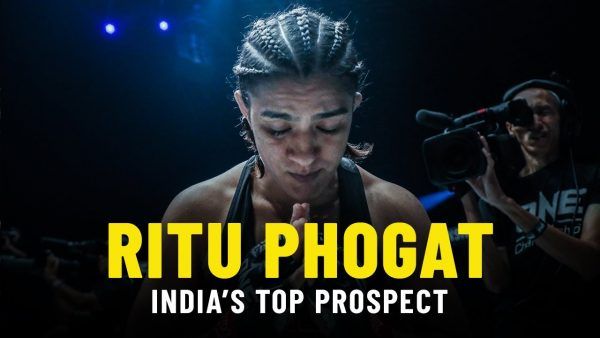