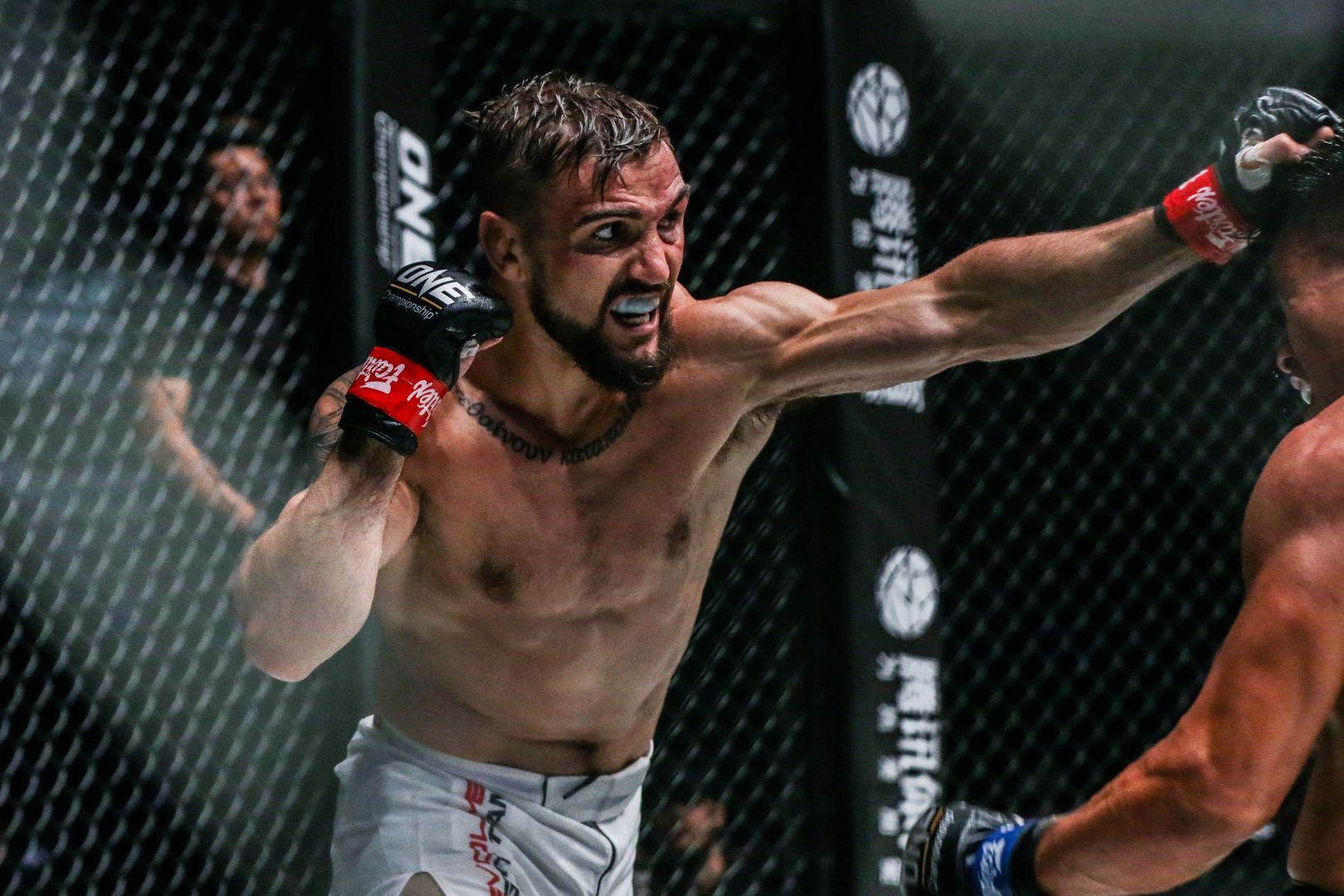 “Pretty Boy” Troy Worthen has Bibiano “The Flash” Fernandes in his sights, but he believes it will take at least one more win to challenge the ONE Bantamweight World Champion for his belt.

On Friday, 28 February, the American extended his undefeated record with another impressive victory as he dominated Mark “Tyson” Fairtex Abelardo at ONE: KING OF THE JUNGLE in his adopted hometown of Singapore.

The Evolve representative showed off some new and improved elements of his all-around mixed martial arts game as he dismantled the Kiwi warrior over three rounds with powerful striking and his trademark wrestling offense to claim a unanimous decision.

In the aftermath of his third ONE Championship win, “Pretty Boy” reveals how he got the job done, why Abelardo was the toughest opponent he has faced in his career so far, and who he wants to face next to win his way to a World Title opportunity.

ONE Championship: What are you most pleased about in your performance?

Troy Worthen: I’m really happy that I got to showcase my striking. In my other bouts, I didn’t get too many chances to show what I’ve been working on.

I was not going to just go into takedowns, I was going to really push him and test him in striking, so I was super happy that I had the time to show people that even with a guy that is considered a Muay Thai fighter who trains at one of the biggest Muay Thai gyms, I can still strike with him.

ONE: How much respect do you have for Abelardo after facing him?

TW: He has an iron chin. I was swinging those kicks as hard as I could. Some of them were connecting on his chin, but he just kept getting back up and walking through them.

That kid is super tough, I don’t see a lot of people finishing him on the feet because he took some heavy shots but he kept going. Like I said before the match, he’s a true fighter, he kept coming forward, kept going for the win every minute, so that was super impressive.

ONE: Because you didn’t get the finish like we are used to seeing, was this your toughest match so far?

TW: I would say yes because it went longer, but as much as I want to finish every fight, sometimes it’s just not on the cards for you.

I still feel like if certain parts of the fight were different, I could have got him out of there as well. He’s the toughest so far – although I think Chen Rui had a bigger shot, he didn’t last the full 15 minutes. 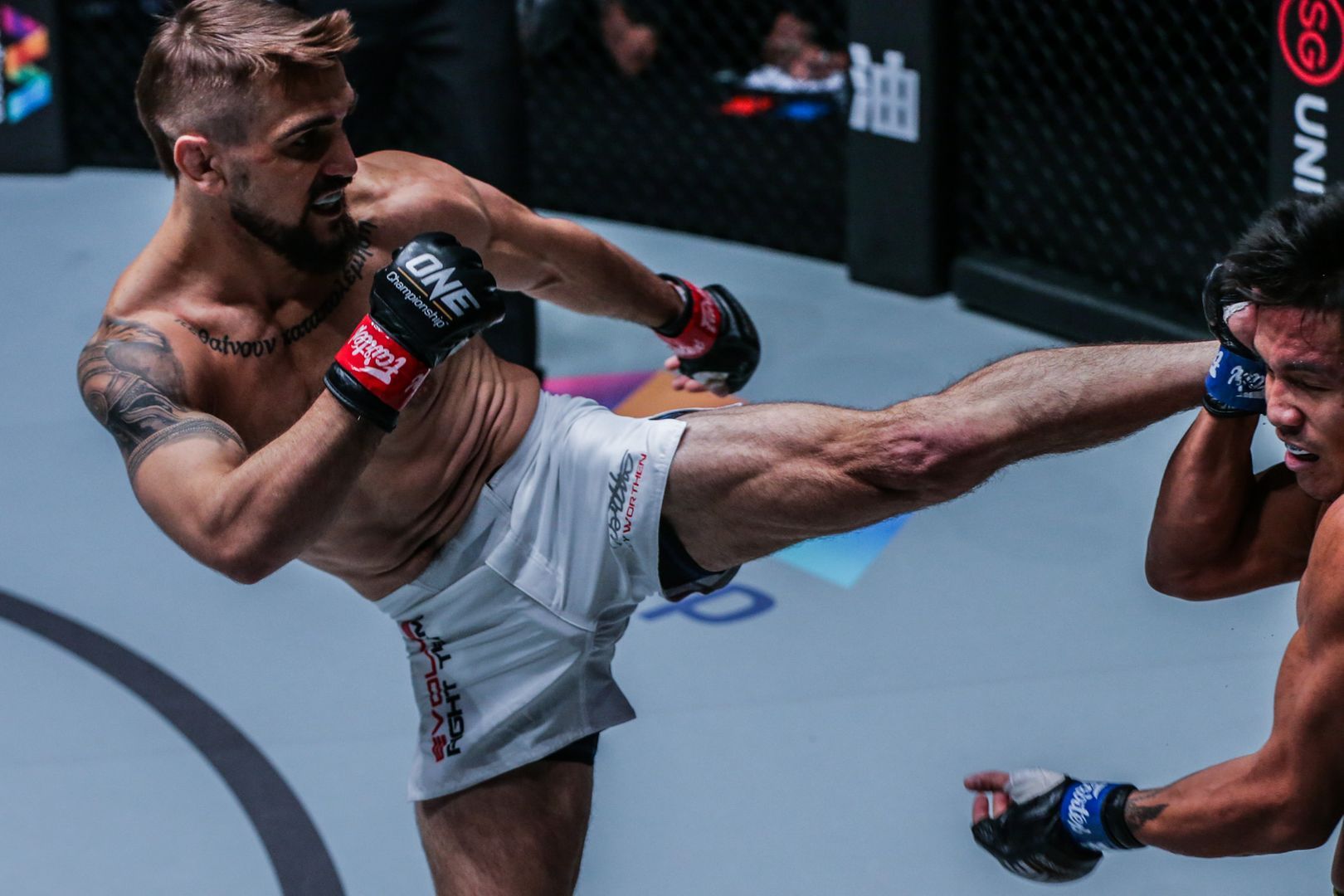 ONE: You landed your left high kick early – was that always part of the game plan?

TW: We knew the head kick was going to be there. I’ve actually landed a head kick in pretty much every one of my pro bouts, but for some reason, people keep overlooking it. I just go for a kick and then ground and pound everybody.

Most guys are training most of the time to defend takedowns, keep their base low, and keep their hands a little bit lower so they can use it to get underhooks and stuff like that. I figured with feints and enough level changes, his hands were going to be a little bit lower and I could land a high kick up top.

The first one landed, but I think he caught it and he let me fall on the ground and didn’t follow up. That was a bit of a mistake. Once it started landing, I got more and more confident every single time and I was always going to keep going back to that as an option until it stopped working, but it didn’t so I kept at it all night.

ONE: How pleased are you with your striking?

TW: I am very excited and happy that I get to show the world the improvements that I am making.

I spend a lot of time on my striking to try and make sure that I am getting better every single day. My coaches put a lot of work into me and so I’m just happy I get to go out there and show everybody that I’m doing the right things.

A lot of people can do amazing stuff in the gym but when the lights come on they can’t really perform those techniques, so I’m happy that it all came to fruition and it worked out inside the Circle on Friday, and I’m looking to impose my will on the feet even more. 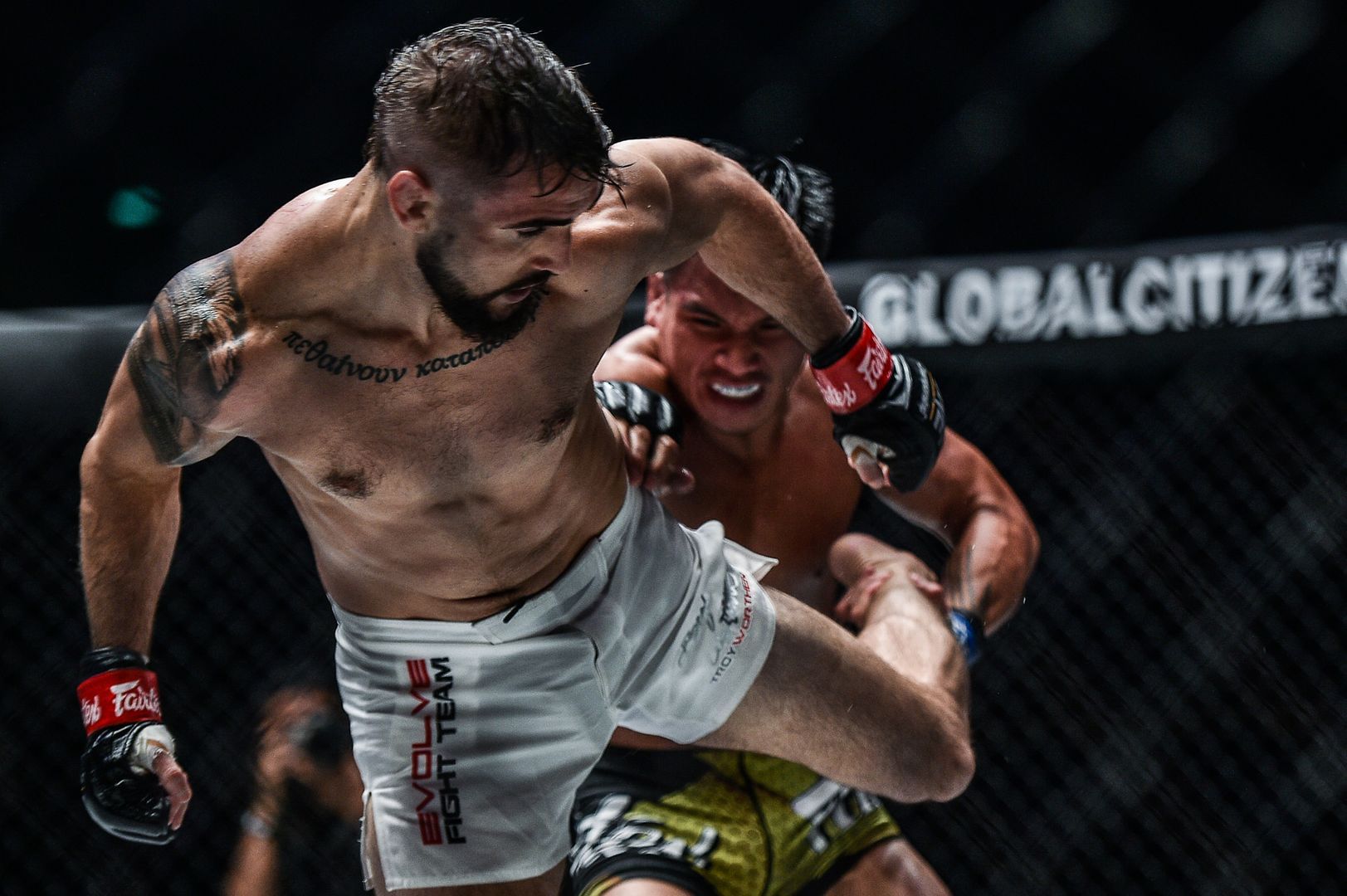 ONE: Despite your dominance, he still tagged you a few times. Were you surprised by his power?

TW: The way that he loads up on his strikes, they were going to have power, but it wasn’t like anything I hadn’t felt before. If you can see the punches coming, react just a little bit, adjust a little bit, it takes the steam off of it.

It’s the strikes that you don’t see coming, whether they are powerful or not, that really hurt you. I pretty much saw everything coming. When you are in the clinch against the cage, you are going to get caught with some shots. You are so close but you just have to ensure that you’re seeing everything coming. If he’s going to throw a strike, is that a strike that you’re letting him do? Because when I was working for the overhook with my head under the chin, I knew there was going to be some points where his elbow was going to come up.

I think it was the end of the second round or the end of the first round when he tried to throw three in a row. I backed out and I kind of smiled at him and laughed. I knew it was coming. If you watch him fight, every time he’s [against] the cage, he cuts people with those elbows, and when I was facing him it was exactly what I was expecting.

ONE: You controlled most of the third round with your wrestling, but how hard did Abelardo make that?

TW: Mark is definitely well-coached. I think they expected more of a grappling match so they probably drilled for hours and hours on using the cage to make sure that I couldn’t really get him flat on his back. He imposed his will pretty well there.

The fact that I had to work to keep him down and I never really secured a very dominant position on the ground – kudos to him. There’s definitely a few things that I need to clean up but I think he did a good job not letting me just impose my will. At the same time though, I did still get to control him the entire time and at no point was I in any danger.

There are some things I want to make better to make sure my next opponent doesn’t get through all 15 minutes, but I’m still pretty happy with my performance. I think I still controlled all the grappling exchanges, didn’t take too much damage, and made sure I got out of there healthy. 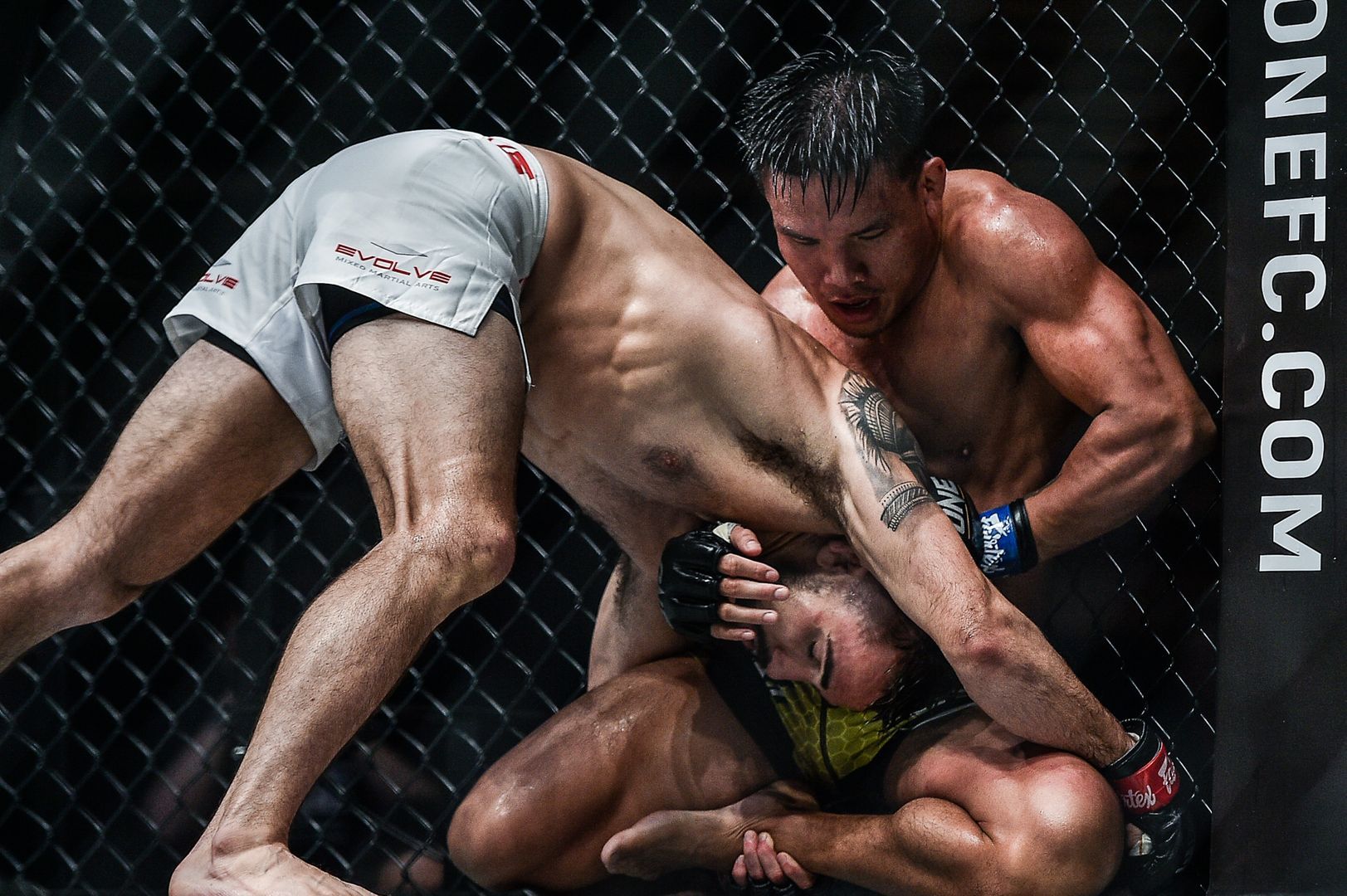 ONE: Did he catch you off-guard at all with his final flurry?

TW: I completely expected that. Like I told you guys, he’s always going to try and win, I think he understood that he was losing pretty much every second of that fight, so he had to do what he had to do.

There was about 20 seconds left and the only way he was going to win it was with a finish, so I knew as soon as I broke away, he was going to try and throw some bombs and I got out of there. I think most of the shots missed, but he might have caught me with an uppercut or a hook somewhere in there – nothing that had me hurt or anything, but it landed pretty flush.

Mark is a real fighter. He’s going to go out there and compete till the end and that’s exactly what he did. I’m glad I got to compete against someone like that who brings the intensity all the way through the bout. That makes it a little more fun for me. When guys quit or accept that loss and just lay there for the last few seconds, it’s not as exciting for me or the fans.

ONE: Did you get any advantage in the empty arena hearing commands from your corner or even his corner?

TW: It didn’t really matter. We do a good job of making sure that I’m zoned in on my coaches’ voices. We do some rounds in the gym and sparring and so I’m really zeroed in on their voices and their instructions.

I could hear his corner saying things but it doesn’t really matter because I’m so focused on what I’m doing. There was one moment when I had him taken down near the announcers’ table, and I was listening to Mitch (Chilson) and Michael Schiavello announce what I was doing while I was doing it. That was probably the first time I ever heard somebody announce my fight while I’m in it, so that was an interesting experience! 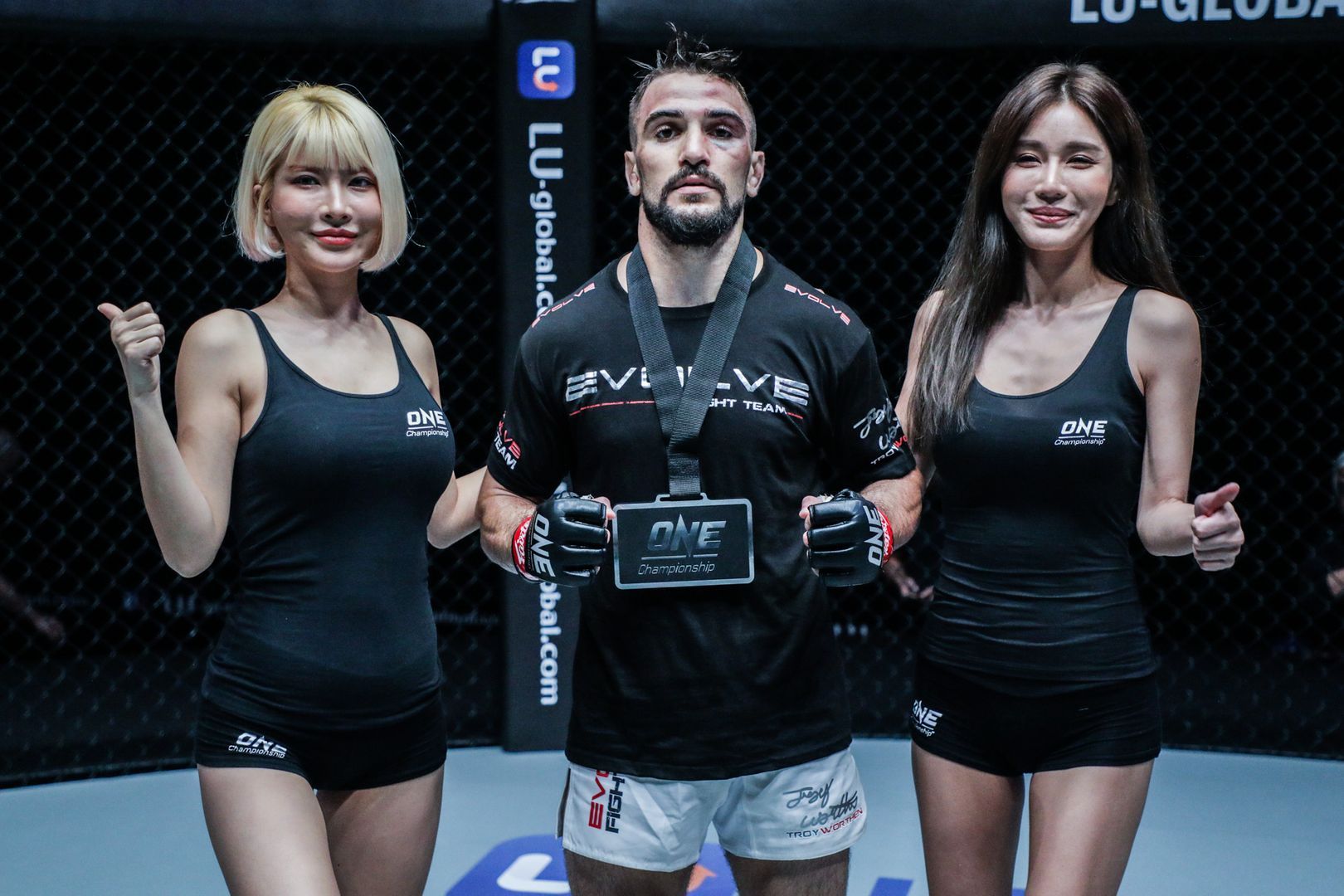 ONE: What’s next for you? Do you see the possibility of a World Title shot this year?

Hopefully, I think I need one more, maybe a very top-tier opponent, and then I could definitely get that title shot. I’m going to see how that plays out, who’s available and who’s it going to be, Yusup Saadulaev, Kevin Belingon, Li Kai Wen, Shoko Sato – which one of these guys is going to be available at the time for me to perform against.

I think I’ve said the name before and I didn’t really get a response. I’m not the type of person that’s going to keep asking for the same thing, but I think Yusup Saadulaev would be a perfect fight for me. He’s 5-0 in the division in his last five fights. He’s on a big winning streak, he’s a grappler which I haven’t yet faced at that level yet, and I think it could answer a lot of questions on how I would perform against Bibiano.

If he was available, that would be ideal for me next. Let’s see what happens. If I do get that fight and I beat him, I think I’m next in line. 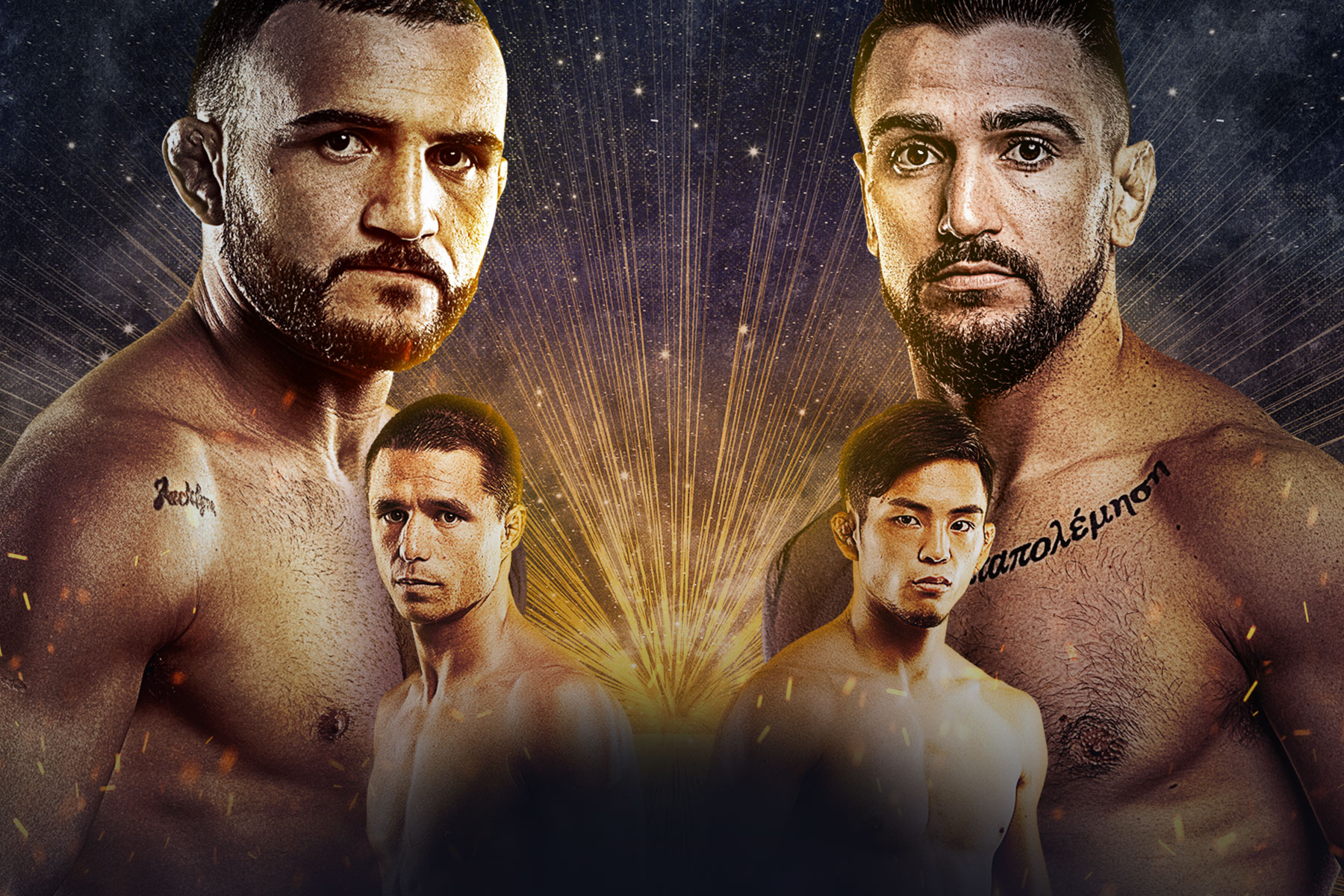 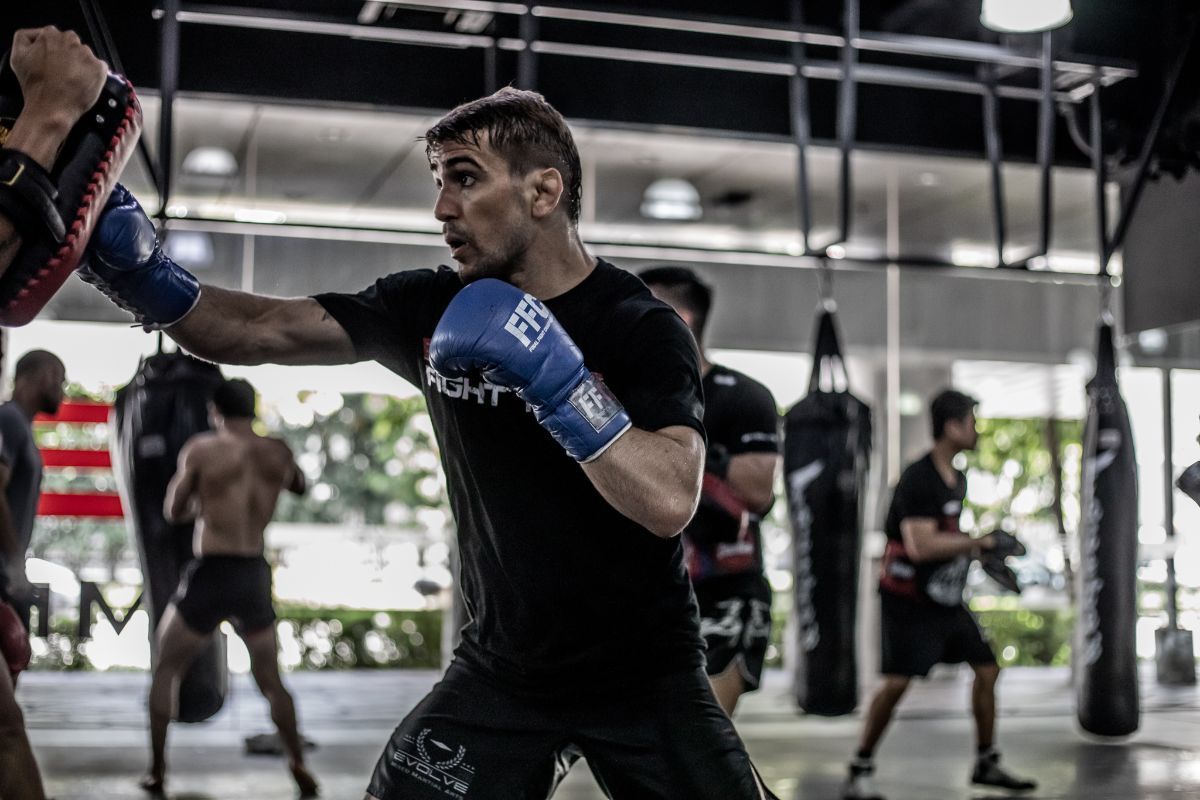 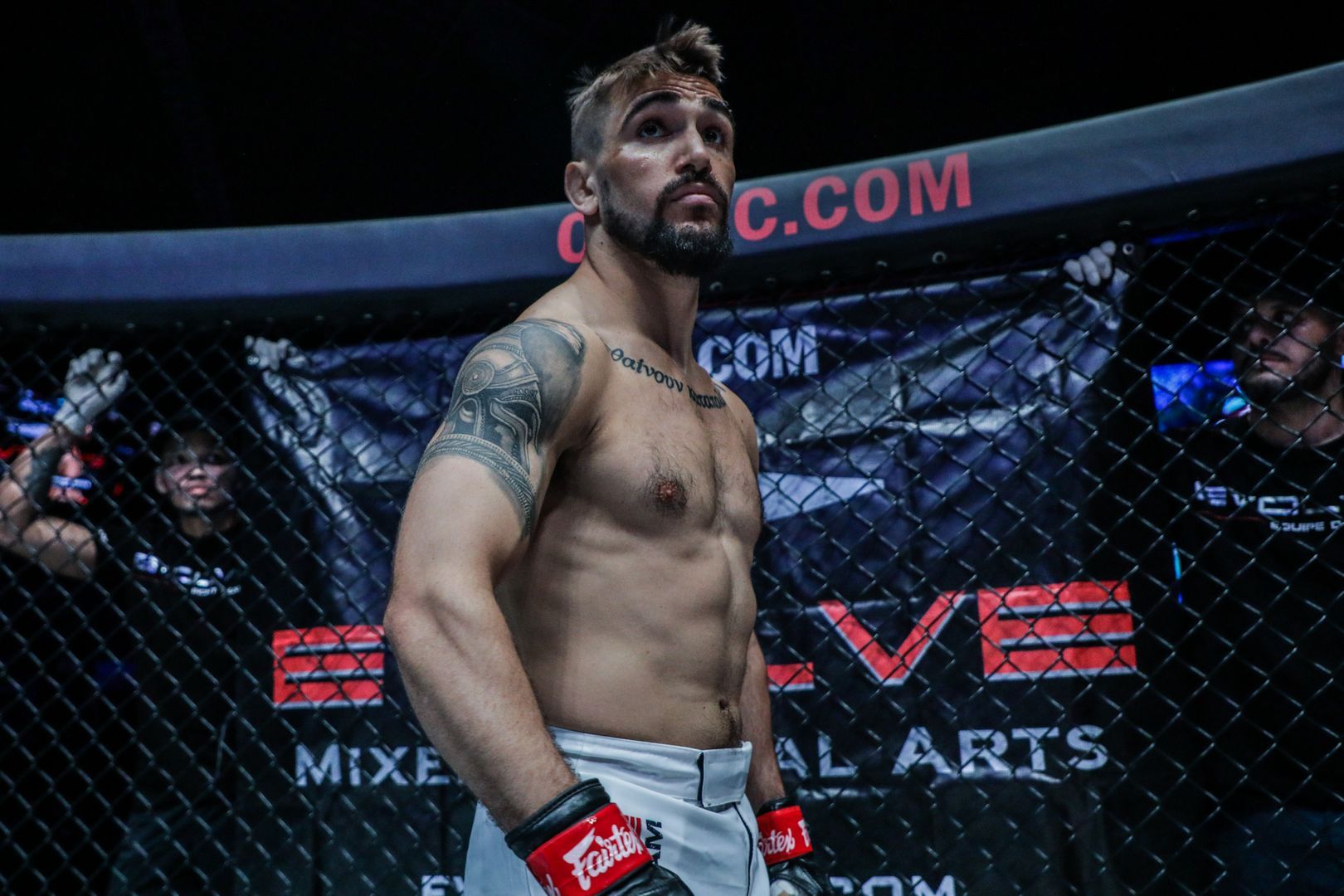 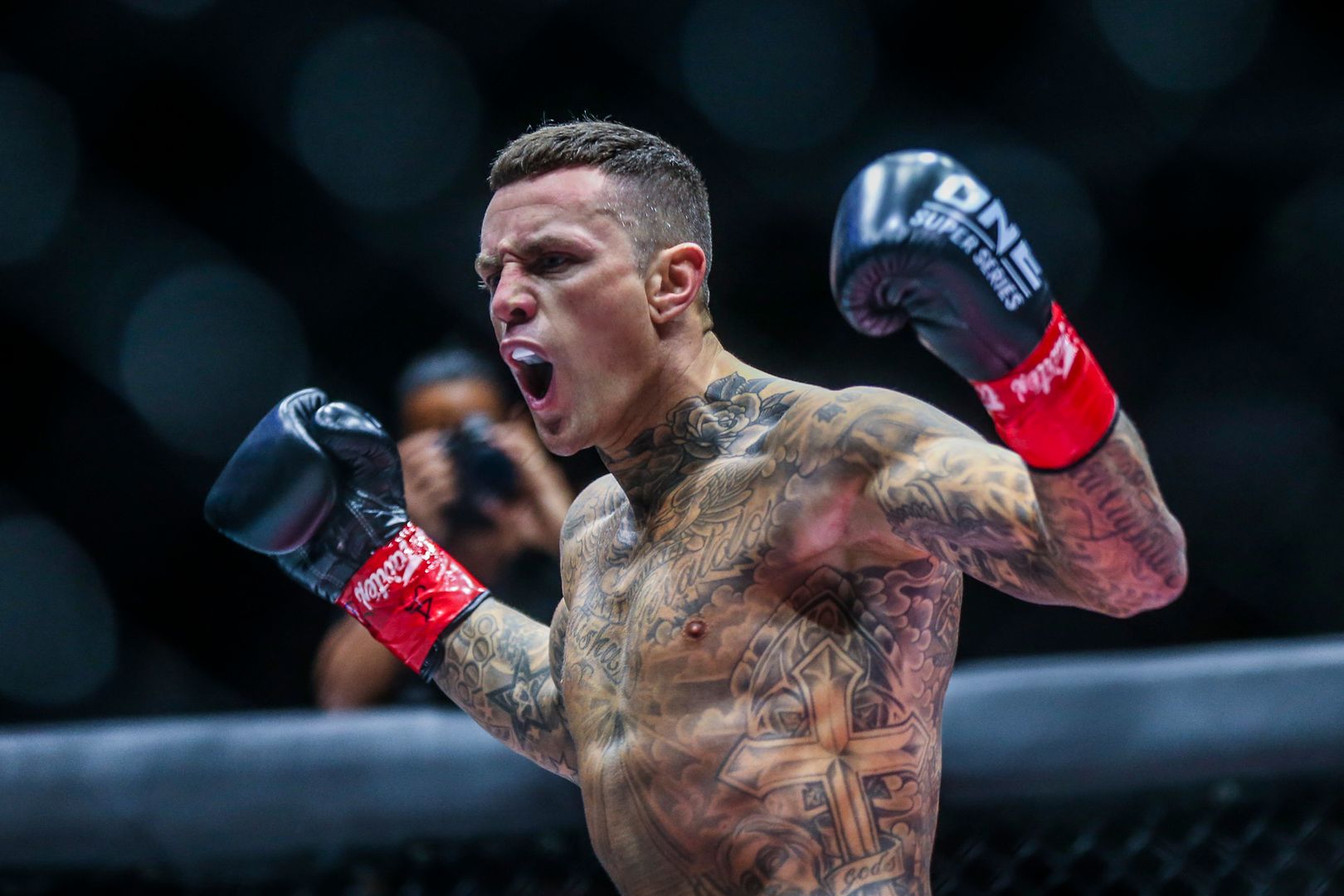