“The Wolf Of The Grasslands” Hexigetu registered his first win in ONE Championship with a dominant display against Ovais “The Enigma” Shah in the opening bout of ONE: WARRIORS OF LIGHT.

Although the Chinese athlete was last seen in the Circle in September 2017, he quickly found his rhythm on Friday, 10 May in Bangkok, Thailand to defeat his Pakistani rival over the course of three rounds.

Chinese hero Hexigetu overwhelms Ovais Shah to earn a decisive unanimous decision victory to kick off ONE: WARRIORS OF LIGHT!

Chinese hero Hexigetu overwhelms Ovais Shah to earn a decisive unanimous decision victory to kick off ONE: WARRIORS OF LIGHT!Watch the full event on the ONE Super App ???? http://bit.ly/ONESuperApp | TV: Check local listings for global broadcast

Both athletes started out cautiously in this strawweight contest, possibly due to their long layoffs from competition – Hexigetu was back in action after 20 months, while Shah returned after a 30-month layoff.

“The Wolf Of The Grasslands” tried to close distance to get into punching range, but Shah kept him on the outside with a stiff jab and kicks that made the most of his reach advantage.

In the latter half of the stanza, the Beijing native displayed more urgency as he grabbed a leg and threw Shah onto his back.

However, the 30-year-old Karachi resident controlled his opponent’s posture to stay safe on the bottom. 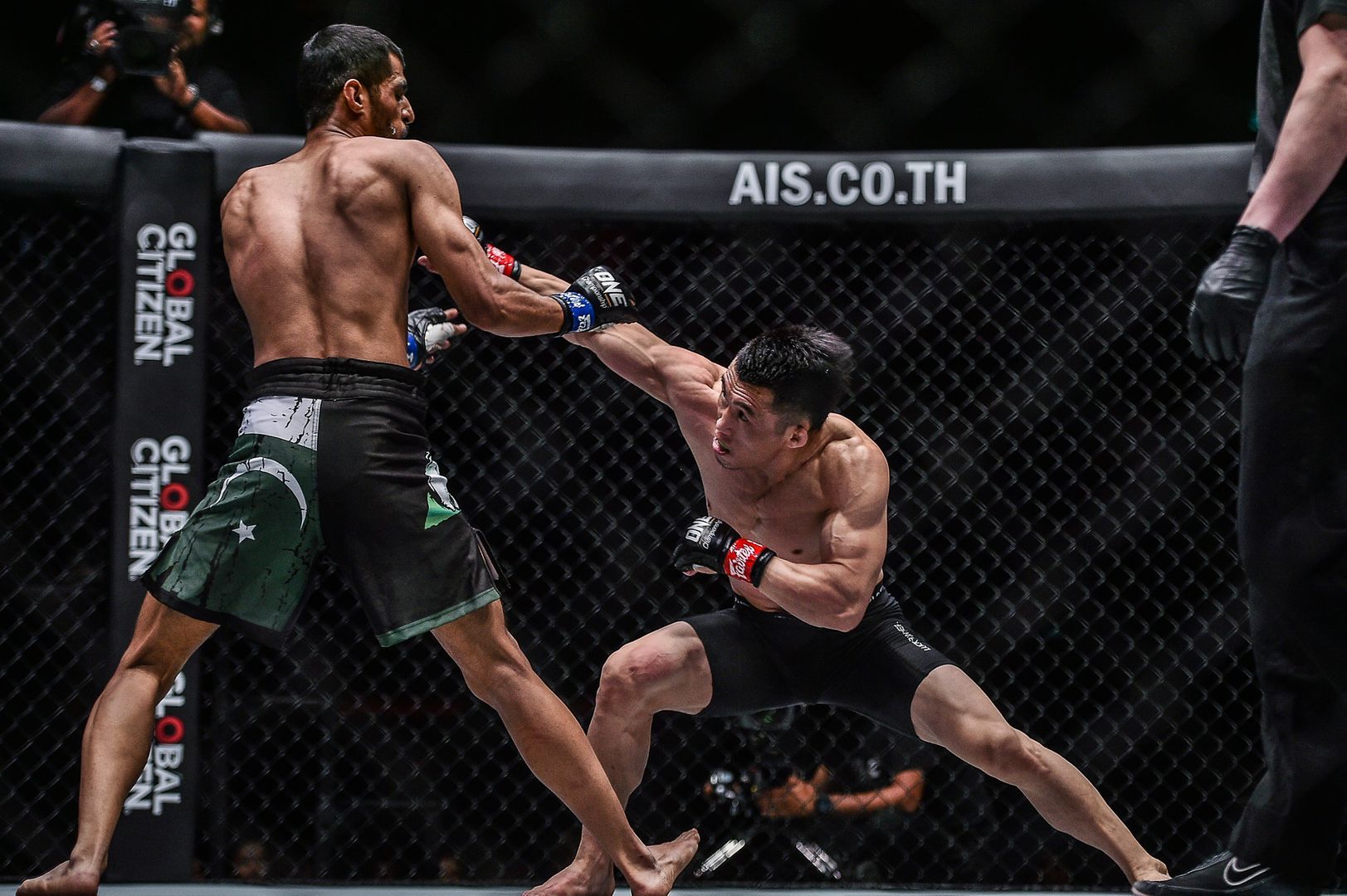 Hexigetu came alive in the second round as he moved inside and unleashed hard punches in combination, including one that seemed to wobble his rival.

The 34-year-old also hit an outside trip from 50-50 position to score another takedown, and he controlled most of the period on the canvas. Shah was unable to threaten with any kind of escape or significant offensive grappling from his back.

It was more of the same in the final frame, only this time, the China Top Team representative imposed his game plan seconds after the opening bell. A flurry of punches set up another trip takedown, and he was dominant from there. 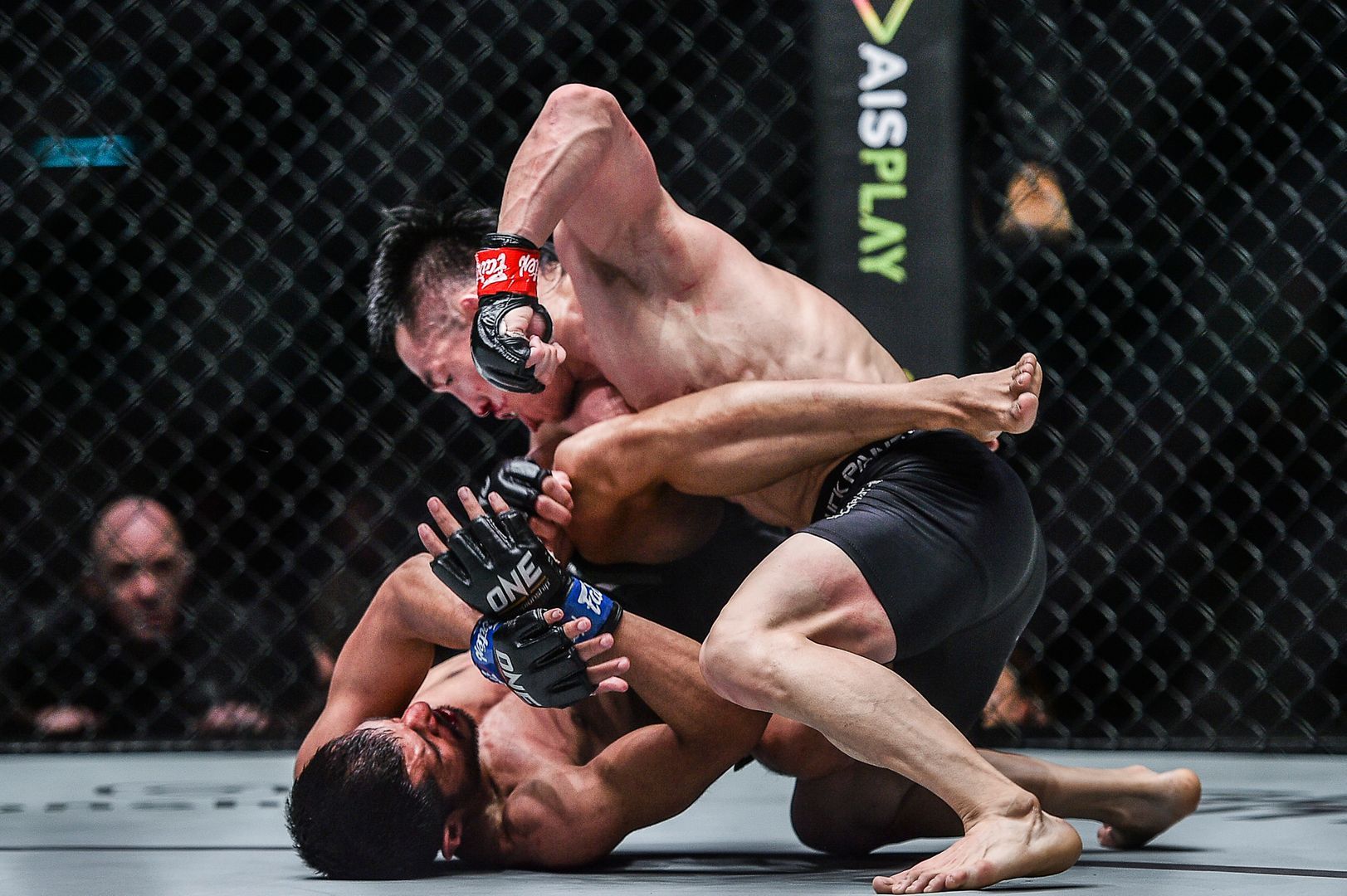 “The Enigma” could not find a way back to his feet, and he ate increasingly-effective ground and pound from the guard for most of the round.

As the contest entered the final 90 seconds, Hexigetu‘s offense opened the door for a pass to side control, where he threatened with a tight-looking keylock. Then, he moved into full mount and spun for an armbar.

Shah kicked himself free, but he was exhausted, and his opponent resumed his overwhelming striking attack until the final bell. 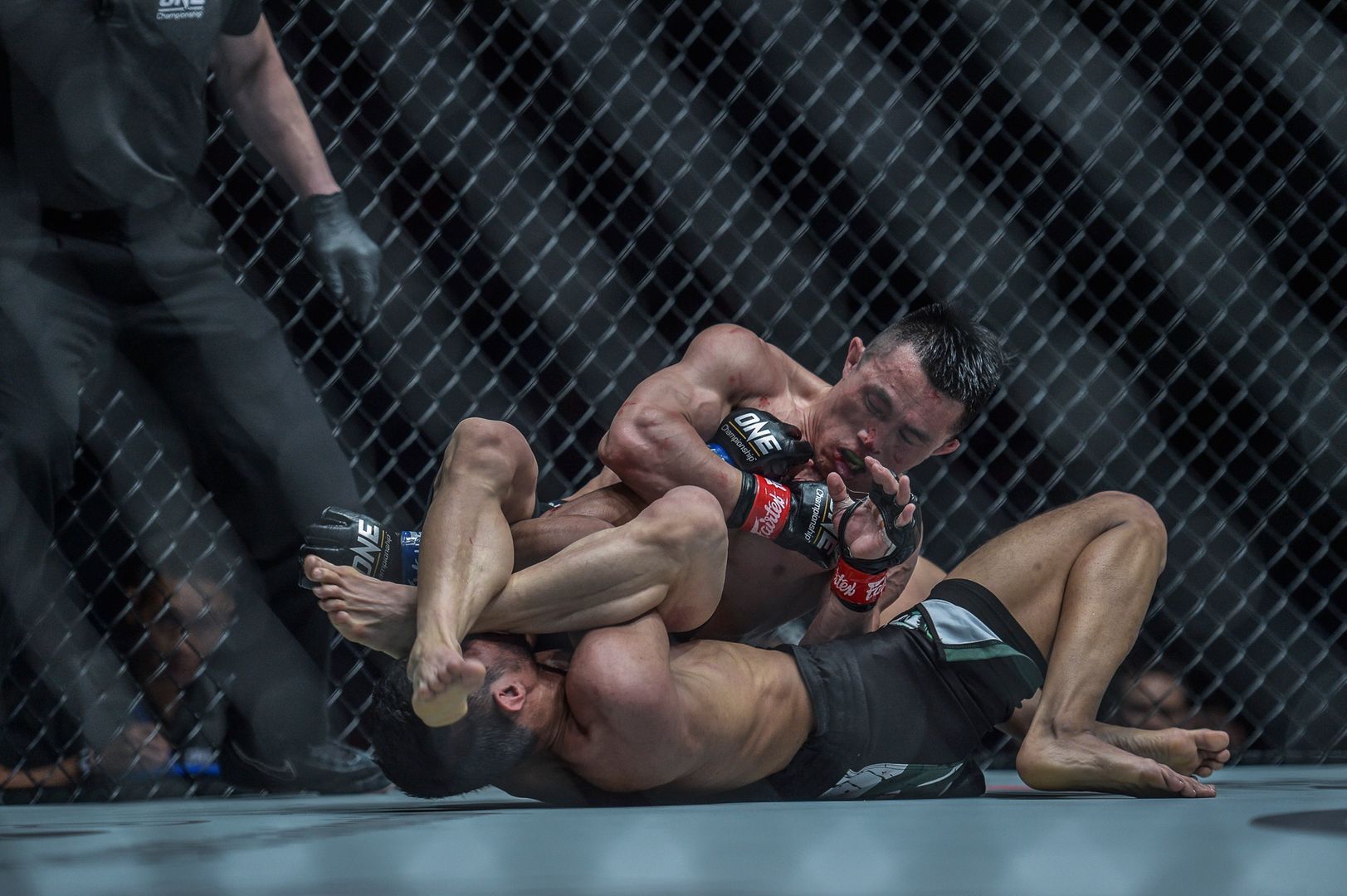 After three rounds of action, Hexigetu left the Impact Arena with the unanimous decision nod.

The victory – his first as a strawweight in The Home Of Martial Arts – improved his professional record to 5-3.