ONE: BATTLEGROUND III looks set to conclude another stunning event series in style, with elite athletes in action across the Muay Thai and mixed martial arts ranks.

The six-bout card – which premieres from the Singapore Indoor Stadium this Friday, 27 August – features some of the promotion’s most iconic warriors, alongside striking royalty and fast-rising stars.

With so many compelling storylines, here are the five biggest reasons to watch this showcase on Friday.

While it was devastating for Tayfun “Turbine” Ozcan and Saemapetch Fairtex to be forced to withdraw from their respective bouts, the resulting clash between Sitthichai “Killer Kid” Sitsongpeenong and Tawanchai PK.Saenchai Muaythaigym has fans every bit as excited.

Both men have had to make some concessions, but they were happy to do that so they could still perform on the global stage.

Sitthichai returns to his Muay Thai roots after years of dominating the kickboxing world, and Tawanchai steps up to the featherweight division to face his legendary countryman.

This makes for an intriguing stylistic clash. “Killer Kid” has not fought in “the art of eight limbs” since 2015, but the former Lumpinee Stadium Muay Thai World Champion can’t wait to compete under that rule set again.

Tawanchai will give up some weight against his rival, but he kept all of his tools sharp competing on the elite Bangkok circuit until he signed to ONE Super Series. The 22-year-old striker is also motivated by the chance to make a name for himself against a worldwide star.

Whatever the rule set, Sitthichai has strong punches, kicks, and knees. The PK.Saenchai Muaythaigym man also boasts a similar arsenal, along with dangerous elbows, so this bout has all the makings of a classic battle.

#2 “The Prince” Debuts Against A Living Legend

It will be a tough first assignment for “The Prince” Banma Duoji when he faces Dejdamrong Sor Amnuaysirichoke — but also a massive opportunity.

Dejdamrong is a former ONE Strawweight World Champion who has been a pioneering figure in The Home Of Martial Arts, and he wants to show that he is still a force to be reckoned with.

However, Banma has surged through the ranks at a rapid pace, compiling a 13-1 record in his native China. A win over the battle-hardened veteran would prove that his step up to the big leagues has come at the right time.

As well as their vastly different career trajectories, another element that makes this bout so intriguing is both athletes’ propensity for jaw-dropping finishes.

“The Prince” has ended all 13 of his victories to date inside the distance — mostly by knockout — while Dejdamrong has stopped nine of his rivals in 11 mixed martial arts wins.

With the fight having so many possible connotations on the careers of both men, they will not leave anything inside the Circle, and that means fans will be treated to an intense battle, where the chance of a stunning finish is almost certain.

“The Hunter” Xie Wei is looking for another big scalp when he takes on “Holy Beast” Dae Hwan Kim in their flyweight clash.

Since his close debut defeat to #2-ranked Danny “The King” Kingad, the Chinese heavy hitter has scored back-to-back finishes on the global stage, and Kim will be a crucial test for his career development.

The former ONE Bantamweight World Title challenger has taken on a who’s who of elite ONE competitors, and he has a well-rounded game that can push “The Hunter” in every area.

“Holy Beast” has not given up on his own ambitions though, and he knows the chance to derail Xie’s momentum will give him a big boost as he aims to push himself toward the top of the flyweight ranks.

Xie will want to continue his streak of stoppages, and it will be interesting to see whether he can find a hole in the experienced South Korean’s armor over the course of three rounds.

Unbeaten Myanmar star “The Dragon Leg” Tial Thang has a perfect record to keep alive when he takes a step up in class against “Double Hearts” Song Min Jong.

The protege of former two-division ONE World Champion Aung La “The Burmese Python” N Sang, Tial Thang has improved with every outing en route to a perfect 3-0 slate in The Home Of Martial Arts. Now, he wants to progress up the rankings with the top five in his sights.

Song went the distance with former ONE Flyweight World Champion Geje “Gravity” Eustaquio in his return to the main roster, following a brief stint in ONE Warrior Series, so he is not a man who will go away easily.

If “The Dragon Leg” can build on the finish he earned against Paul “The Great King” Lumihi and dispatch a durable opponent in “Double Hearts,” he could start to emerge from his mentor’s shadow and position himself as a top contender in his own right.

#5 A Spot In The Grand Prix Alternate Bout

Bi “Killer Bee” Nguyen and Jenelyn Olsim could earn themselves a spot in a ONE Women’s Atomweight World Grand Prix alternate bout with a victory on Friday.

Nguyen earned the biggest win of her career over Ritu “The Indian Tigress” Phogat at ONE: DANGAL in May, and back-to-back victories would put her in the perfect position to battle for a reserve spot in the biggest women’s mixed martial arts tournament in history.

Olsim looked phenomenal in her promotional debut after graduating from ONE Warrior Series, submitting Maira Mazar with a guillotine choke at ONE: FISTS OF FURY III in March. Entry into the tournament would also be a massive opportunity for the Filipina in her burgeoning career.

Both athletes can grapple and strike, and they both push at a fierce pace, so the action will be intense for as long as the bout goes.

Read more: Sitthichai Vs. Tawanchai: 4 Keys To Victory At ONE: BATTLEGROUND III 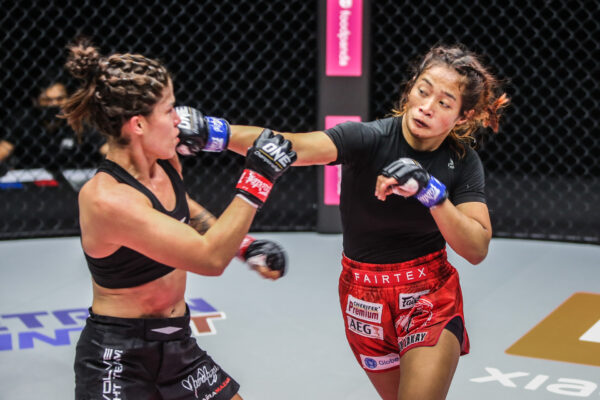 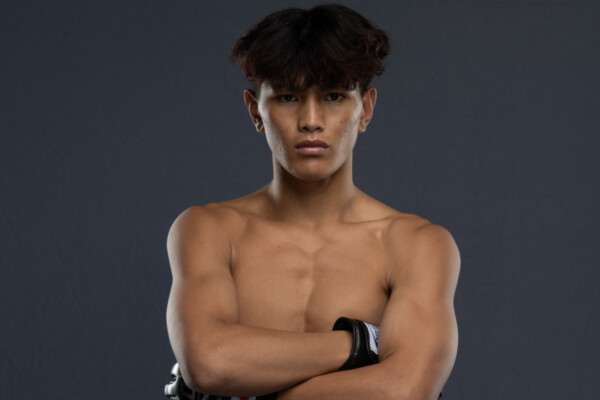