The matchup is made even more interesting, and the result more unpredictable, when considering that Tawanchai has never fought at featherweight, while Sitthichai hasn’t competed in Muay Thai in close to six years.

Both superstars will have to be at their best come fight night, and these four keys to victory could determine which man comes out on top. 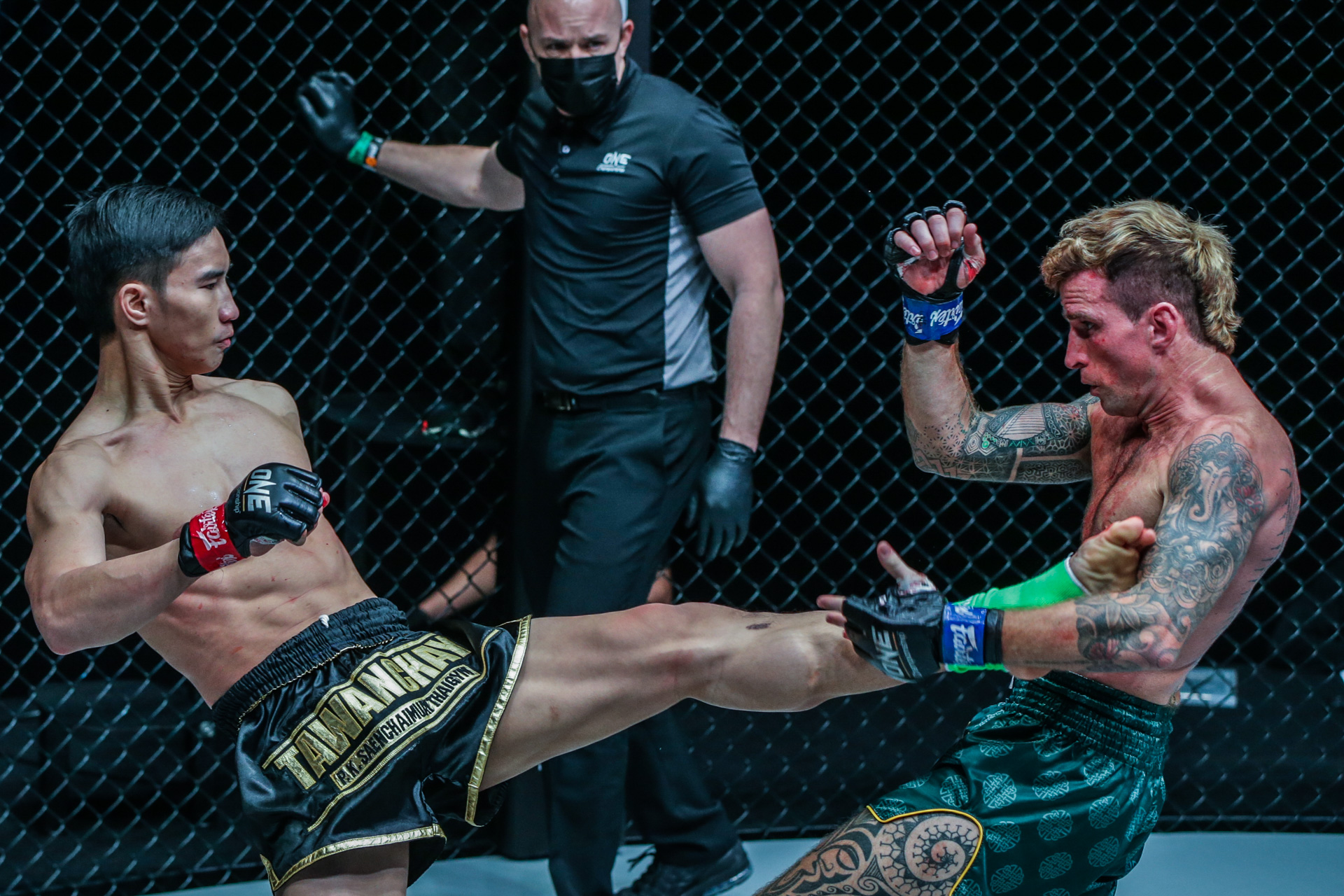 When it comes to using the push kick as both a defensive and offensive weapon, very few Muay Thai athletes do it more efficiently and effectively than Tawanchai.

As soon as his opponent twitches their muscles to attack, the Thai star lifts his foot and then thrusts it forward into their midsection, often sending them to the canvas – or at least leaving them flailing backward and off-balance.

When on the attack himself, the PK.Saenchai Muaythaigym standout uses the push kick with enough force to cave his foe in, even when they are standing right in front of him.

Expect Tawanchai to use those push kicks against Sitthichai when the latter tries to close the distance and work his infamous boxing combinations. Muay Thai fighters must develop their kicks, knees, elbows, and clinch game. But because Sitthichai has spent the last seven years competing in kickboxing, he’s been able to focus on his punches more than almost anyone else in “the art of eight limbs.”

The southpaw owns a showstopping right hook, and he uses it to rack up major damage when it’s hidden in punching combinations. But Sitthichai is most efficient with it after swaying back to avoid a high kick. He often counters with the right hook to fight-ending effect – like in his second-round knockout win over Superbon in 2016.

This attack will be key against Tawanchai, who will most likely use his left high kicks to try and stifle Sitthichai from the outside. Expect “Killer Kid” to send that right hand careening into his foe’s chin, and if that doesn’t stop or slow down Tawanchai, then his left uppercut may.

The Sitsongpeenong ambassador loves to pull his left uppercut out of his back pocket to fluster rivals. He’ll have to be cautious when doing so, though, because Tawanchai’s left elbow may be waiting for him. 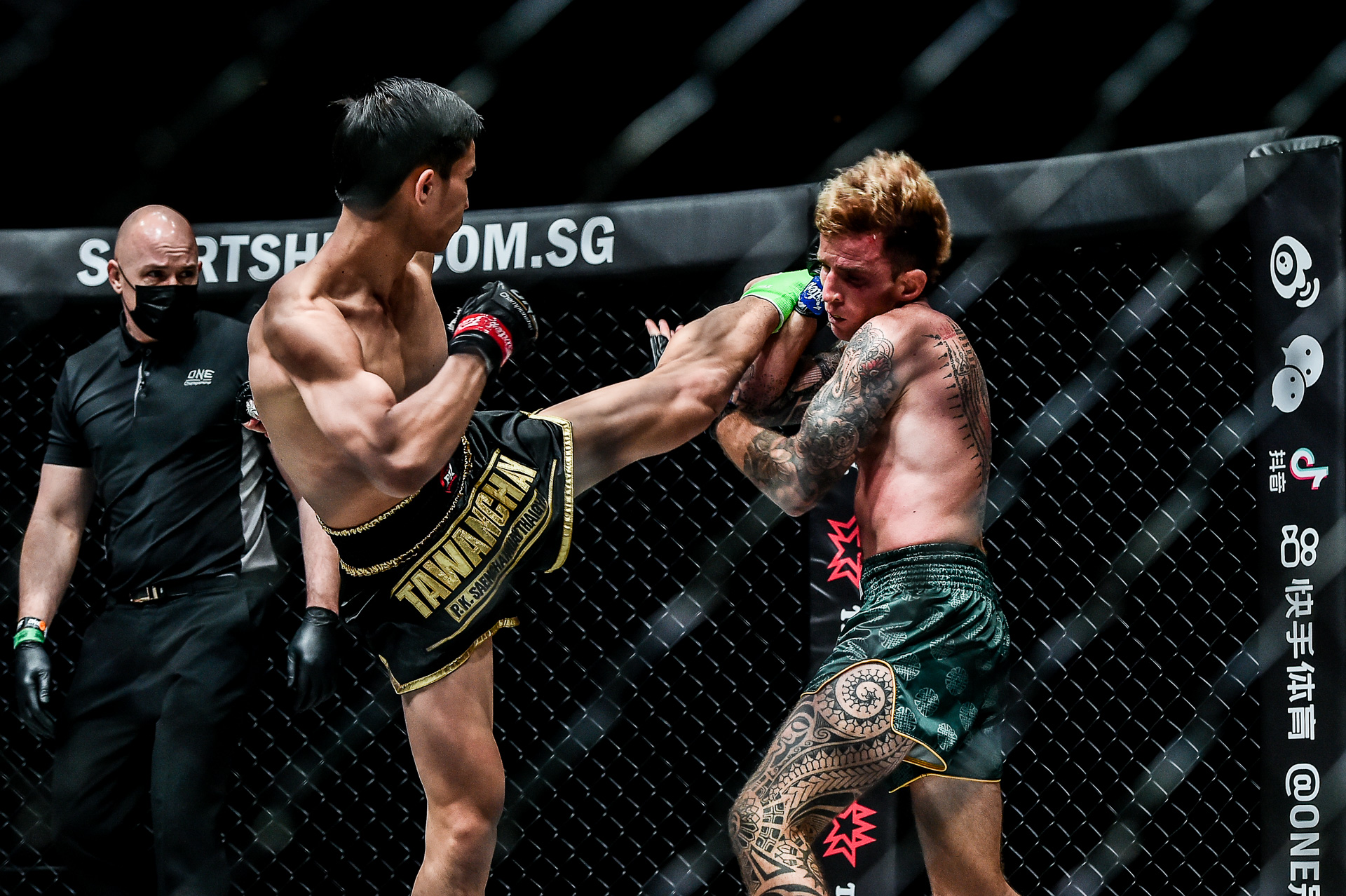 Tawanchai’s push kicks are just one of his many calculated Muay Thai weapons. His left high kicks, left punches, and left elbows are equally dangerous.

In Tawanchai’s ONE Championship debut against Sean “Clubber” Clancy at ONE: DANGAL, fans witnessed the muay femur dismantle the Irishman with attacks from his left side. He pummeled “Clubber” with punches and high kicks that eventually sealed the third-round KO win.

Against Sitthichai, the man from PK.Saenchai Muaythaigym will look to unload the same arsenal, but expect more left elbows from Tawanchai in this bout, as he’ll look to strike with weapons that Sitthichai hasn’t seen in years.

And if Tawanchai can time when “Killer Kid” is going to let his hands go, he may be able to land some of those whipping left high kicks, which could lead to his second finish in ONE — and ultimately, a showdown with bantamweight king Nong-O.

Sitthichai, however, wants that ONE Featherweight Muay Thai World Title just as badly, so expect him to pull out all the tricks, including using his bout-ending left knee. 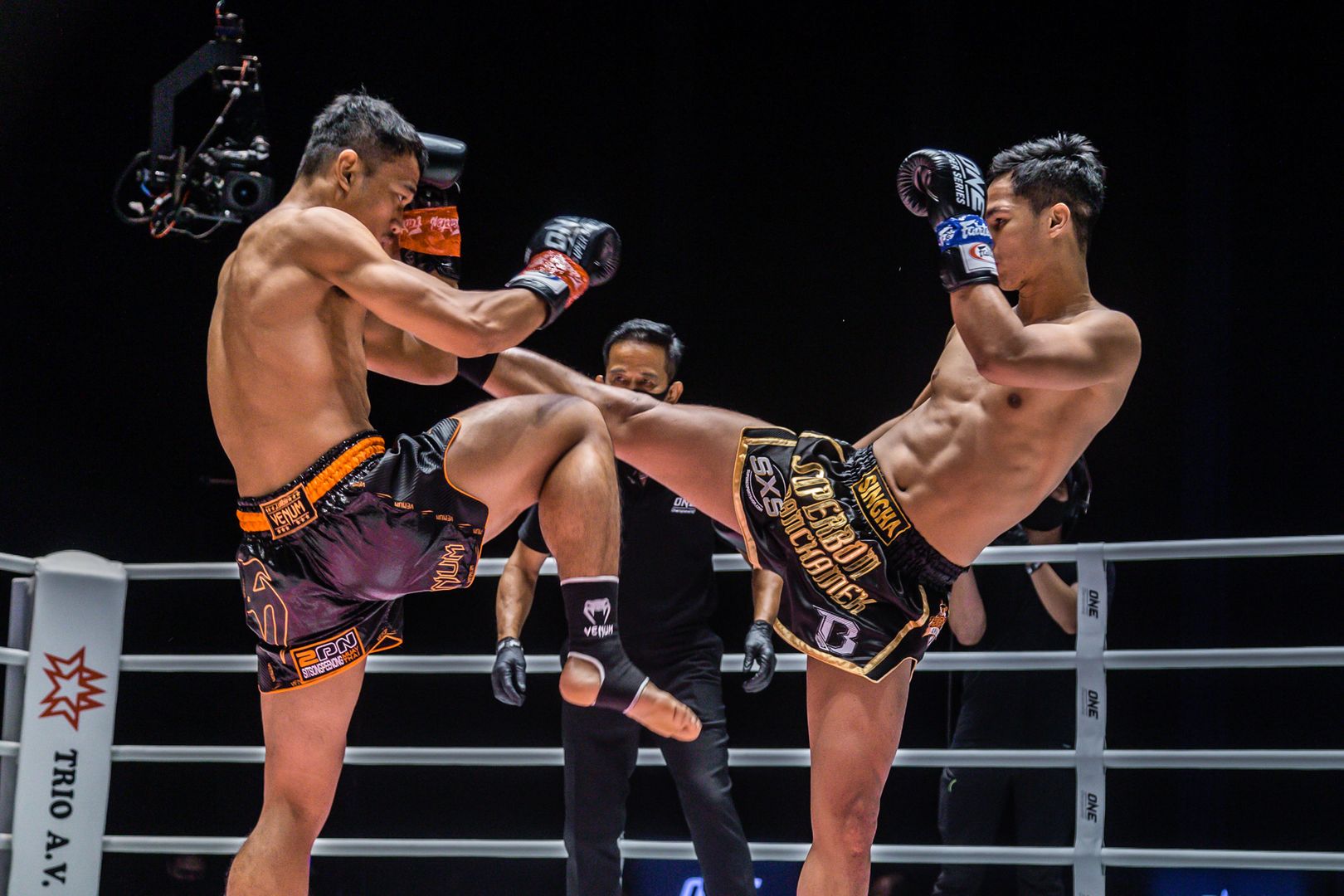 “Killer Kid” may have been competing under kickboxing rules for the last several years, but he has never strayed too far away from his Muay Thai roots and still packs an exceptional step-in left knee.

The Sitsongpeenong standout has found a way to use his left knee so effectively that it’s become a feared weapon among his peers. In fact, he’s finished three elite-level kickboxers solely with the attack, including Kickboxing World Champion Davit Kiria.

If Tawanchai is not careful enough when engaging Sitthichai in close quarters or in the clinch, he could become the next athlete to fall from the penetrating attack. “Killer Kid” is also highly adept at using his left knee from the outside, where he steps in to create even more force upon impact.

That being said, expect Sitthichai to throw the weapon when Tawanchai closes the distance to prepare for an elbow attack.

Read more: 5 Incredible Performances From The Stars Of ONE: BATTLEGROUND III