The South Korean star finds himself on a surprising three-bout losing streak – the longest skid of his professional career – but he’ll have the perfect opportunity to turn everything around on Friday, 27 August.

That evening, the Seoul resident will face top Chinese flyweight “The Hunter” Xie Wei at ONE: BATTLEGROUND III in Singapore, and he believes a few key adjustments will instantly put him back on the right track.

“So, I’ve really focused on improving my power, and also, I’ve tried to change my game plan for this bout. I thought I should be more aggressive, just like how I was in the beginning of my career.”

Dae, a true master in several martial arts disciplines, kicked off his professional MMA slate with a stellar 10-0-1 run. During that stretch, he finished seven opponents, including future bantamweight kingpin Kevin “The Silencer” Belingon.

That earned the South Korean a shot at ONE Bantamweight World Champion Bibiano “The Flash” Fernandes in December 2014, but he couldn’t lift the gold from the Brazilian’s waist.

Dae rewatched the tape from those contests, and aside from lacking power and having less aggression, he noticed a few other glaring issues.

“I thought that I fought too much on the inside,” the 34-year-old says. 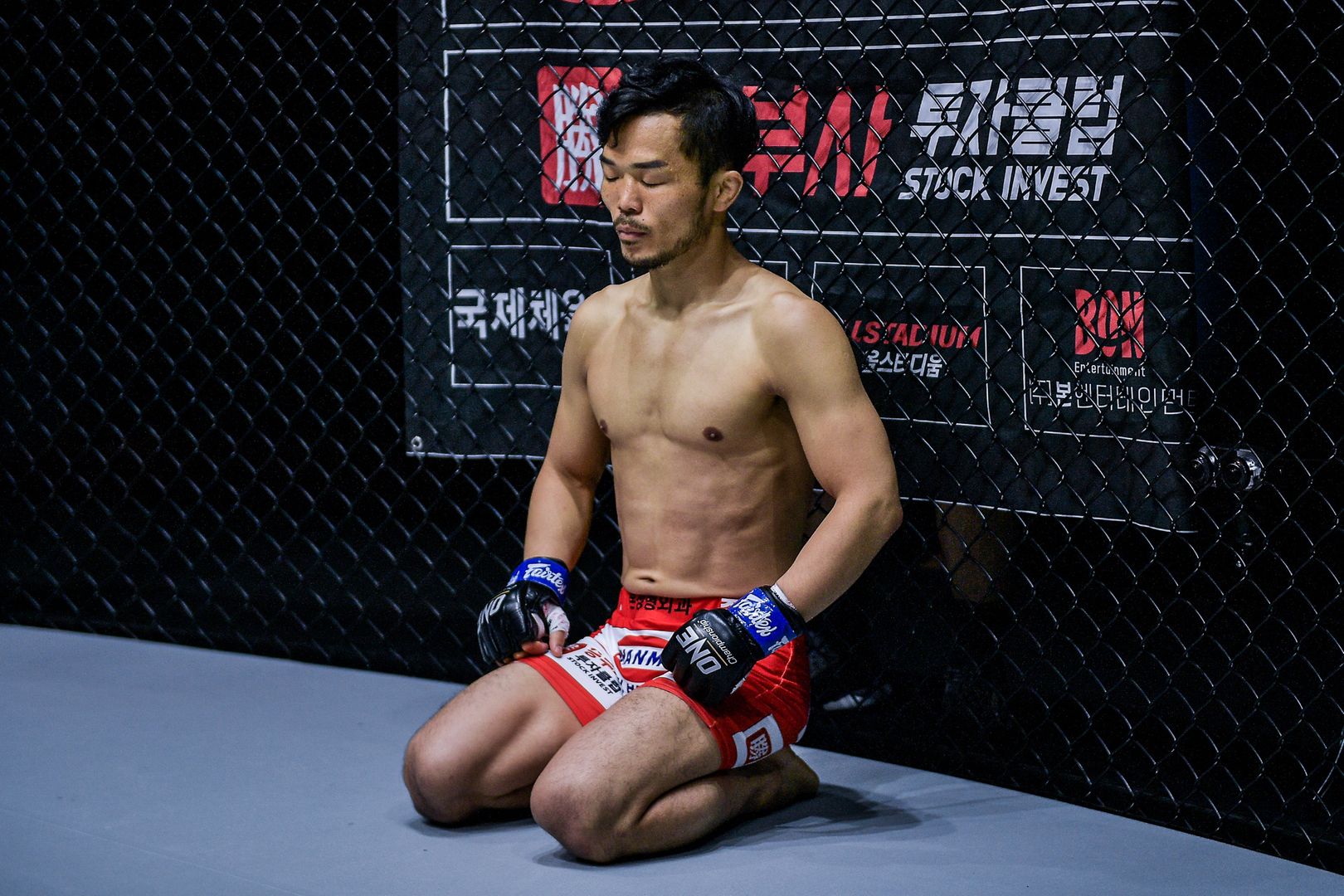 Though Dae won’t be facing a top-five contender on Friday, Xie is still a knockout artist of the highest caliber and could be just one strike away from punching his ticket into ONE’s Athlete Rankings.

The 24-year-old Chinese standout was dominant in ONE Championship’s developmental leagues – ONE Hero Series and ONE Warrior Series – where he finished five combined opponents to earn a spot on the main roster.

And though he fell to #2-ranked flyweight contender Danny “The King” Kingad in his big-show debut, he bounced back in a major way.

Last December, “The Hunter” stopped Cambodian Kun Khmer fighter Chan Rothana via third-round TKO, and then in May, he made Indian grappling ace Kantharaj Agasa “Kannadiga” quit on the stool between rounds.

Those incredible performances have made Xie seem unstoppable to many, but Dae believes his adversary will become mortal when he can no longer throw his fists.

“I figured his strength was in his boxing and his wrestling defense, but that strength is also his weakness because he’s only good in boxing,” Dae says.

“When it comes to Muay Thai knees, elbows, kicks, offensive wrestling, and jiu-jitsu, I think he is lacking in those areas.”

Those areas also happen to be where “Holy Beast” excels, and the South Korean martial arts guru believes he will use his vast skill set to quickly derail the Chinese rising star’s hype train in Singapore.

“I’ll finish him,” Dae says. “[It will be] either a KO or a submission in the first round.”

Should the former World Title challenger live up to his prediction and recapture his old form, he’ll take a monstrous first step back toward contention.