ONE: BATTLEGROUND III is set to showcase 12 of the brightest stars from ONE Championship’s Muay Thai and mixed martial arts ranks.

All of those athletes are eager to add another memorable moment to their highlight reels when the event airs on Friday, 27 August, from the Singapore Indoor Stadium.

For a preview of the action coming your way, here are five of the greatest performances from the competitors who will throw down in “The Lion City.”

Tawanchai PK.Saenchai Muaythaigym looked untouchable in his first ONE Super Series appearance against Sean “Clubber” Clancy at ONE: DANGAL this past May.

The PK.Saenchai Muaythaigym representative was simply impeccable in both offense and defense, constantly stinging the Irishman with precise punches, kicks, and elbows while gliding out of range of the replies.

The Thai phenom also showcased his versatility throughout round one, dropping Clancy with his hands, tenderizing the body with kicks, and chopping the head with hard elbows.

Despite taking a lot of damage, “Clubber” continued to press forward. But in round three, Tawanchai finally sealed the deal.

He caught his foe with a lightning-fast left high kick that outpaced Clancy’s defenses and found a home on the Irishman’s chin — ending the bout with an emphatic KO for a perfect start to his career on the global stage.

Next, a juggle of opponents means Tawanchai will face striking star Sitthichai “Killer Kid” Sitsongpeenong in a massive featherweight Muay Thai battle at ONE: BATTLEGROUND III. 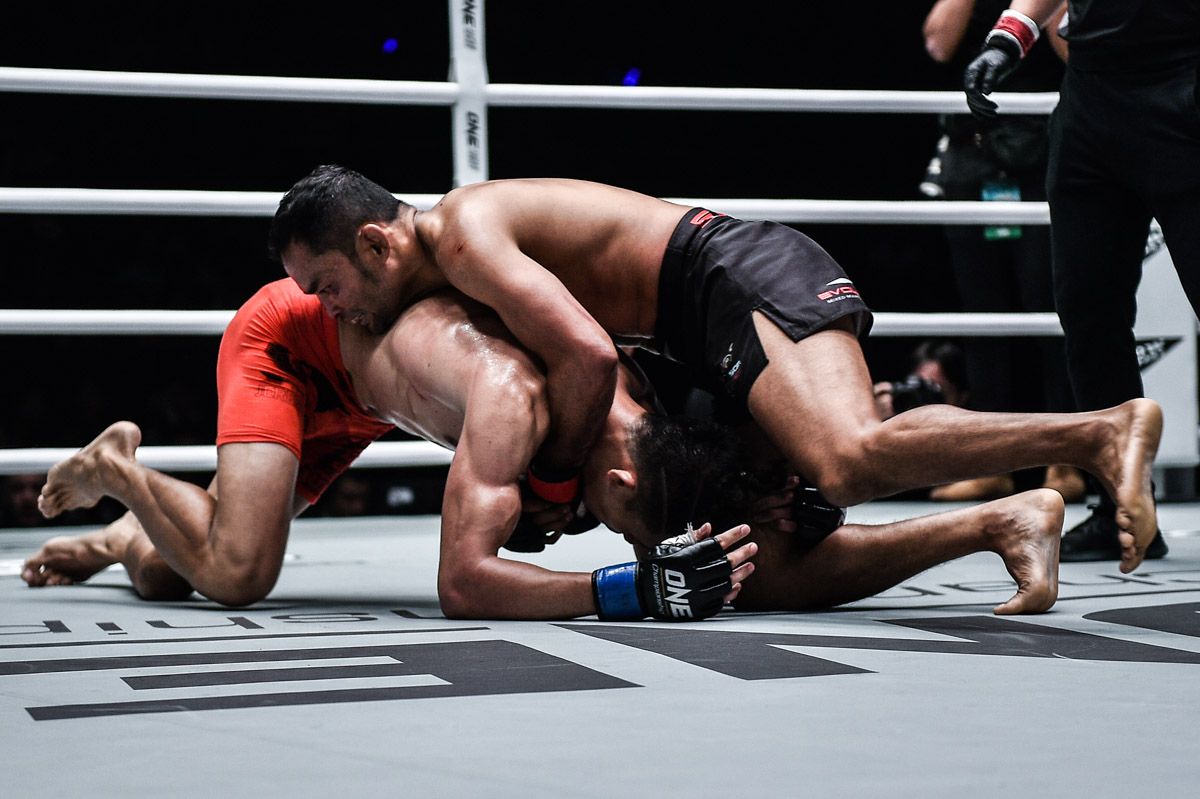 In their first meeting back in March 2018, Jeremy “The Jaguar” Miado knocked out Dejdamrong Sor Amnuaysirichoke emphatically, but at ONE: CALL TO GREATNESS in February 2019, the Thai legend got his redemption.

Miado looked strong and confident in the opening stanza of their mixed martial arts matchup, outstriking the former Lumpinee Stadium Muay Thai World Champion on the feet. Some grappling success helped buoy Dejdamrong late in the frame, though, and he grew into the battle in round two.

The Evolve standout started to connect with his own strikes, which forced “The Jaguar” to lunge for a takedown attempt. However, Dejdamrong was ready. He sprawled hard, controlled Miado from the front headlock position, and then drilled him with knees to the head.

With the Filipino unable to escape, the referee saved him from any further damage by waving off the contest.

In his next bout, Dejdamrong will face promotional newcomer Banma Duoji in a 57.7-kilogram catchweight contest.

#3 Nguyen’s Iron Will Carries Her Past Phogat

Ritu “The Indian Tigress” Phogat was looking to extend her unbeaten mixed martial arts record as she prepared for the ONE Women’s Atomweight World Grand Prix, but Bi “Killer Bee” Nguyen had other plans.

The Vietnamese-American absorbed all of Phogat’s pressure in their duel at ONE: DANGAL, and she made the most of every opportunity to score with her strikes en route to a tight decision win.

“Killer Bee” landed hard straight lefts and crunching knees to the midsection in the stand-up exchanges and never accepted the position when she was taken down, constantly hustling to create space and get back to her feet.

While many would have drowned under Phogat’s pressure, Nguyen was not deterred and continued to look for heavy shots until the final bell, which earned her the judges’ favor after 15 minutes of action.

At ONE: BATTLEGROUND III, “Killer Bee” will square off with the next woman on our list.

After graduating from ONE Warrior Series, Jenelyn Olsim was keen to show that her skill set belonged in the big leagues, and she did just that with a submission win over Maira Mazar at ONE: FISTS OF FURY III this past March.

Olsim dropped her Brazilian rival with a right cross in the early stages of the contest and then came close to a finish when she instinctively dove on a guillotine choke. Mazar survived, but Olsim didn’t let up and dropped her opponent again with a jab-cross combo.

Mazar came on stronger in the second round, but the Team Lakay product was always comfortable and then found her route to victory in the final stanza.

That route came when the Evolve athlete shot for a takedown and right into Olsim’s offense. The rising star from the Philippines promptly locked up a power guillotine to choke out her foe with just 41 seconds gone in round three.

Mazar came into that fight holding the #5 spot in the women’s strawweight rankings, so it was a huge victory for the Filipina, who took over that position and will go up against Nguyen in her sophomore outing on the global stage.

Tial “The Dragon Leg” Thang had earned two impressive decision wins in ONE prior to his meeting with Paul “The Great King” Lumihi, but he went one better and registered his first finish at ONE: UNBREAKABLE III this past February.

The Myanmar wrestler showed both his grappling and striking skills in the opening round, scoring with a combination of hard punches and kicks, several takedowns, and some heavy ground-and-pound.

Lumihi survived, but Tial Thang stayed on his durable foe in the second canto. He slammed “The Great King” to the canvas and then opened up with a furious salvo of punches and elbows on his downed foe.

Although the Indonesian did his best to free himself, “The Dragon Leg” offered no escape and unleashed strike after strike until the referee stepped in to award the second-round TKO.

The surging Sanford MMA man will now take a step up to face “Running Man” Song Min Jong in Singapore.