Tawanchai PK.Saenchai Muaythaigym may not be challenging for a ONE World Title just yet, but he knows a victory in his upcoming main event clash at the Singapore Indoor Stadium would catapult him to new heights.

On Friday, 27 August, the rising star will challenge two-sport legend Sitthichai “Killer Kid” Sitsongpeenong in a featherweight Muay Thai bout at ONE: BATTLEGROUND III, and defeating such a revered name could lead to life-changing opportunities for the Bangkok resident.

“If I could win, people all over the world would accept me and see I could fight with a world-class fighter. So, I need to pass him to gain my fame,” Tawanchai says.

While this is a Muay Thai matchup that fans across the globe had always dreamed about, it wasn’t originally supposed to happen.

However, Saemapetch’s cornerman tested positive for COVID-19 before traveling to Singapore, and the Fairtex athlete was removed from the bout due to health and safety protocols.

The PK.Saenchai Muaythaigym representative was understandably disappointed when his opponent pulled out, as he’d spent several weeks training for the high-stakes clash.

But evidently, not all was lost.

Sitthichai – the #4-ranked featherweight kickboxing contender – flew into Singapore expecting to face #5-ranked Tayfun “Turbine” Ozcan. The Turkish striker, however, broke his hand at the end of training camp and was forced to withdraw from that scheduled matchup.

Since both Sitthichai and Tawanchai were left without their dance partners in “The Lion City,” the two agreed to fight each other. Both competitors had to make a concession, though – the PK.Saenchai Muaythaigym product agreed to move up a weight class, while “Killer Kid” agreed to fight under Muay Thai rules.

For his part, Tawanchai doesn’t believe that competing at the featherweight limit of 70.3 kilograms will negatively impact himself. Moreover, the 22-year-old Thai believes he holds a clear edge in “the art of eight limbs.”

“I think I have an advantage in terms of Muay Thai rules,” the PK.Saenchai Muaythaigym star says. “[Sitthichai] hasn’t done Muay Thai for a long time. Muay Thai is my way.” 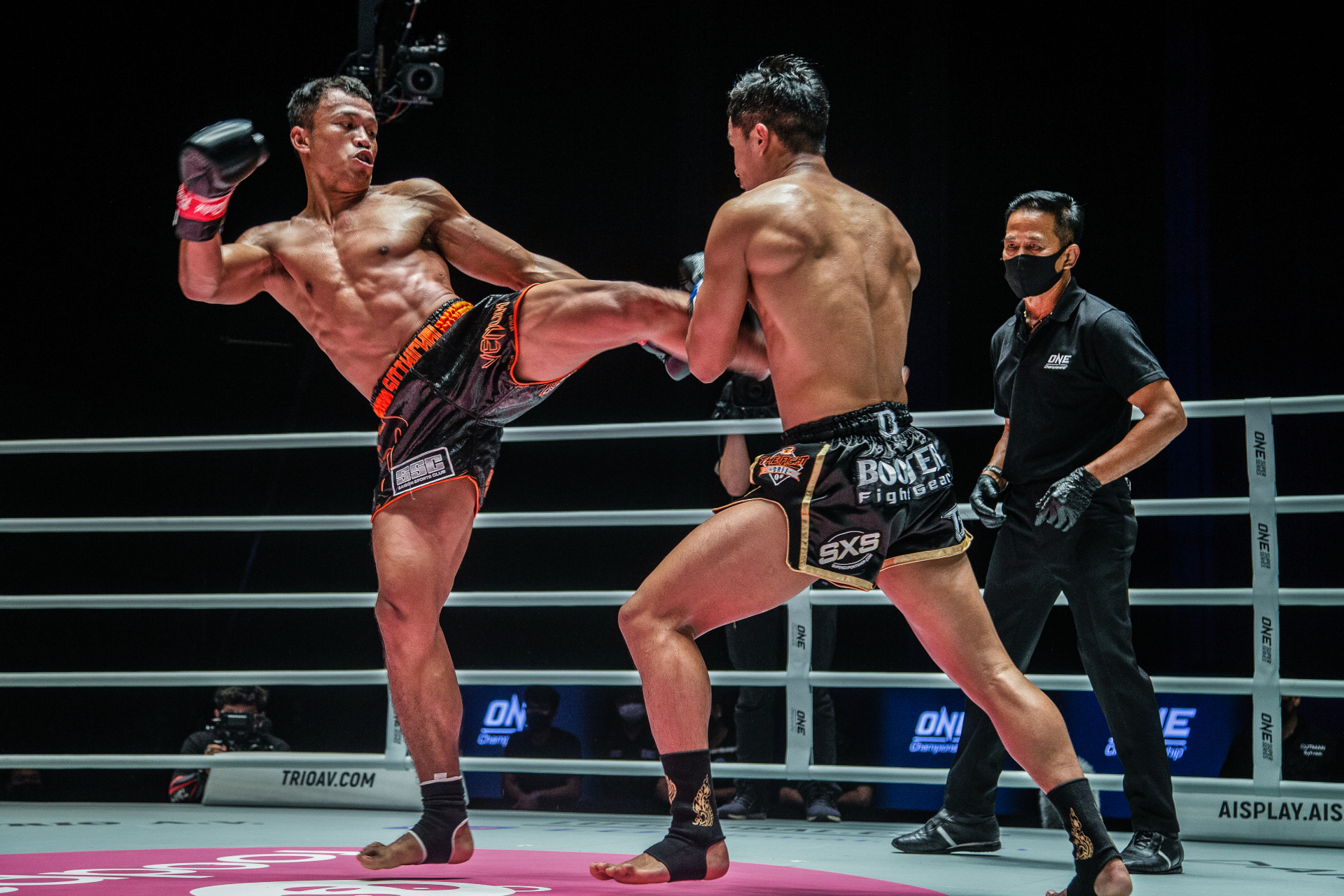 But though he only competed in “the art of eight limbs” once during that seven-year stretch, he continued to train in the discipline at the Sitsongpeenong Muay Thai Camp.

And due to his kickboxing work, “Killer Kid” has been able to focus on sharpening certain techniques that can be applied to his Muay Thai battle in Singapore.

“I think the most dangerous weapons in Sitthichai’s [skill set] are his punch and left kick,” Tawanchai says.

Still, the young phenom doesn’t feel too threatened by his 29-year-old compatriot.

Tawanchai’s technical brilliance, immense speed, and wide assortment of strikes – like the head kick that put Sean “Clubber” Clancy to sleep in his promotional debut this past May – have him feeling confident.

“I’ll use my Muay Thai tactics to win,” he says. “I’m swifter and faster. It’d be great to knock him out, but it’d be hard. I just want to win, whether by a KO or not.”

A victory – especially a knockout – at ONE: BATTLEGROUND III would certainly capture the world’s attention, and it might lead to massives opportunities for Tawanchai.

While he could move back down to challenge Nong-O for the ONE Bantamweight Muay Thai World Title, the PK.Saenchai Muaythaigym standout seems content to stay at featherweight and take on that division’s reigning king, Petchmorakot Petchyindee Academy.

“I really put my all [into] this match. My coach said I can only win and go on,” Tawanchai adds.

“My dream is to be the ONE Championship [World] Champion. I need to get it. That’s my new goal. I’ll win the belt from Petchmorakot.”

Read more: Sitthichai Has Point To Prove In Muay Thai Return Against Tawanchai