At ONE: BATTLEGROUND III, Dejdamrong Sor Amnuaysirichoke will be competing for another shot at the ONE Strawweight World Championship and representing a generation of fighters who paved the way for young athletes like the man he’s going up against.

The former strawweight king will take on “The Prince” Banma Duoji in the co-main event this Friday, 27 August, and although he’s looking to protect his own legacy in mixed martial arts, he knows the Chinese phenom is also gunning for the divisional crown.

“Rising stars will use us (older fighters) as a ladder to higher rankings,” Dejdamrong says. “But I want to tell [Banma] that winning won’t be easy. Train hard, and don’t underestimate an opponent like me.”

The 42-year-old Thai, who’s competed in 17 MMA fights since joining ONE Championship, will try to prove that age isn’t a factor when he meets 24-year-old Banma, who’s coming into this bout with a 13-1 record and a 100 percent finishing rate.

Since 2016, the young athlete has earned 12 of his 13 finishes by either TKO or KO – but Dejdamrong is no newcomer to striking. The veteran is also a former Muay Thai World Champion with over 350 fights in Thailand’s top-level circuit, so he recognizes what Banma brings to the table.

“He’s a good stand-up fighter and has very dangerous uppercuts. I would say his striking and combinations are quite scary. Plus, I was knocked out with [an uppercut] before. So, I have to train very hard and be very careful of this,” Dejdamrong says.

“For his ground game, I haven’t seen anything intimidating. However, as a younger and fresher fighter, I also believe he will definitely try to take the fight to the ground during the match. So, I’ve had to train more ground fighting to be able to defeat him.” 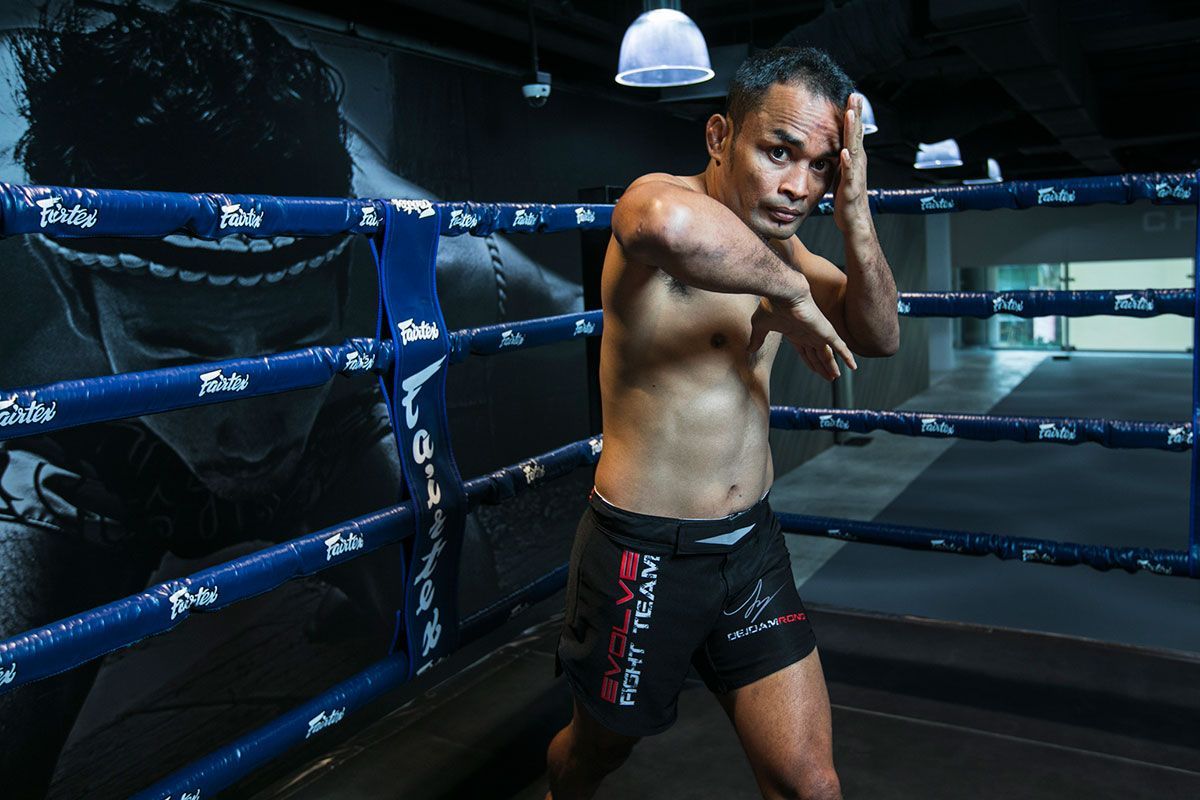 In fact, Dejdamrong has been training in Singapore with the elite grapplers of Evolve, including teammate Alex “Little Rock” Silva, who used his Brazilian Jiu-Jitsu prowess to earn a unanimous decision win over Miao Li Tao at ONE: BATTLEGROUND II earlier in the month.

That success has given Dejdamrong — a natural striker — a lot more confidence to grapple, if necessary.

“I will fight both standing up and on the ground. If he fights with me standing up, I’ll fight standing up. But if I have a chance, I’ll also take him down and apply what I’ve trained for,” he says.

“I’ll mostly use elbow and knee strikes if it’s a close-range fight. These are the destructive weapons that I always use for Muay Thai. It’s the fighting I’m good at. But I’ll be ready for his attack, and whenever I see an opportunity or a gap, I’ll take him down.” 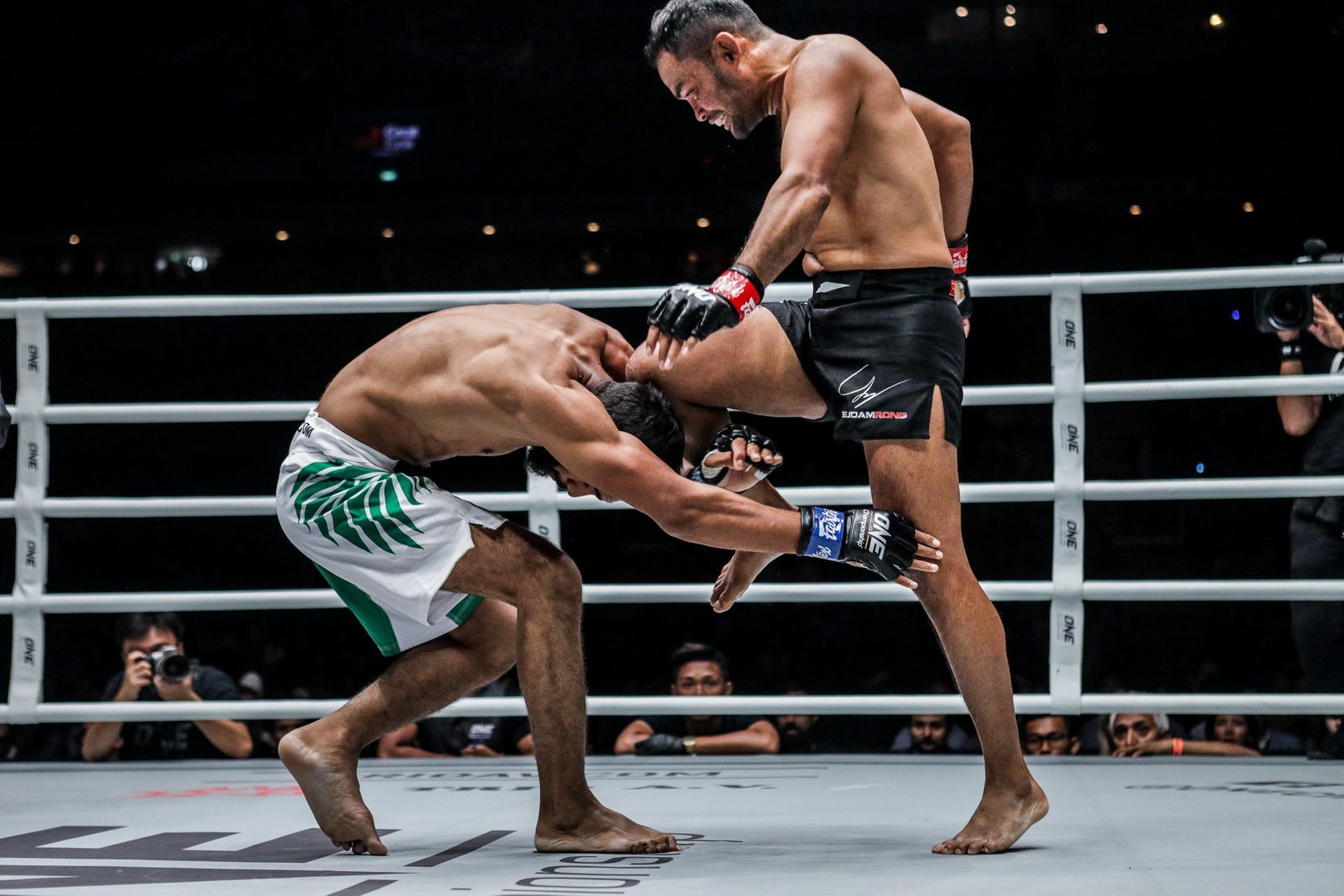 By the looks of his record, Banma may want to keep the fight on the feet to try and score his 13th KO against Dejdamrong. If that’s the case, the former striking World Champion will gladly stand and trade with his rival in the middle of the Circle.

“That’s what I’m good at,” Dejdamrong says. “With my defense, weapons, stand-up fighting, and everything I’ve learned from Muay Thai, I can defeat him. So, if I have a chance, I’ll use Muay Thai weapons to end the fight as soon as I can.”

If the Thai legend can finish the young and confident newcomer who’s looking to prove a point in ONE, he may be able to make a case to challenge one of the top-five ranked strawweights next.

However, he’s not getting too far ahead of himself. First, he must show the Chinese upstart that although he’s strung together an impressive list of knockouts outside of ONE, he’s yet to face the experience and knowledge that he’ll deal with next Friday.

“Banma, if you want to stand with me and strike, I’ll give you a taste of Muay Thai, and you’ll see how dangerous it could be,” Dejdamrong adds. “I can’t wait to see you.” 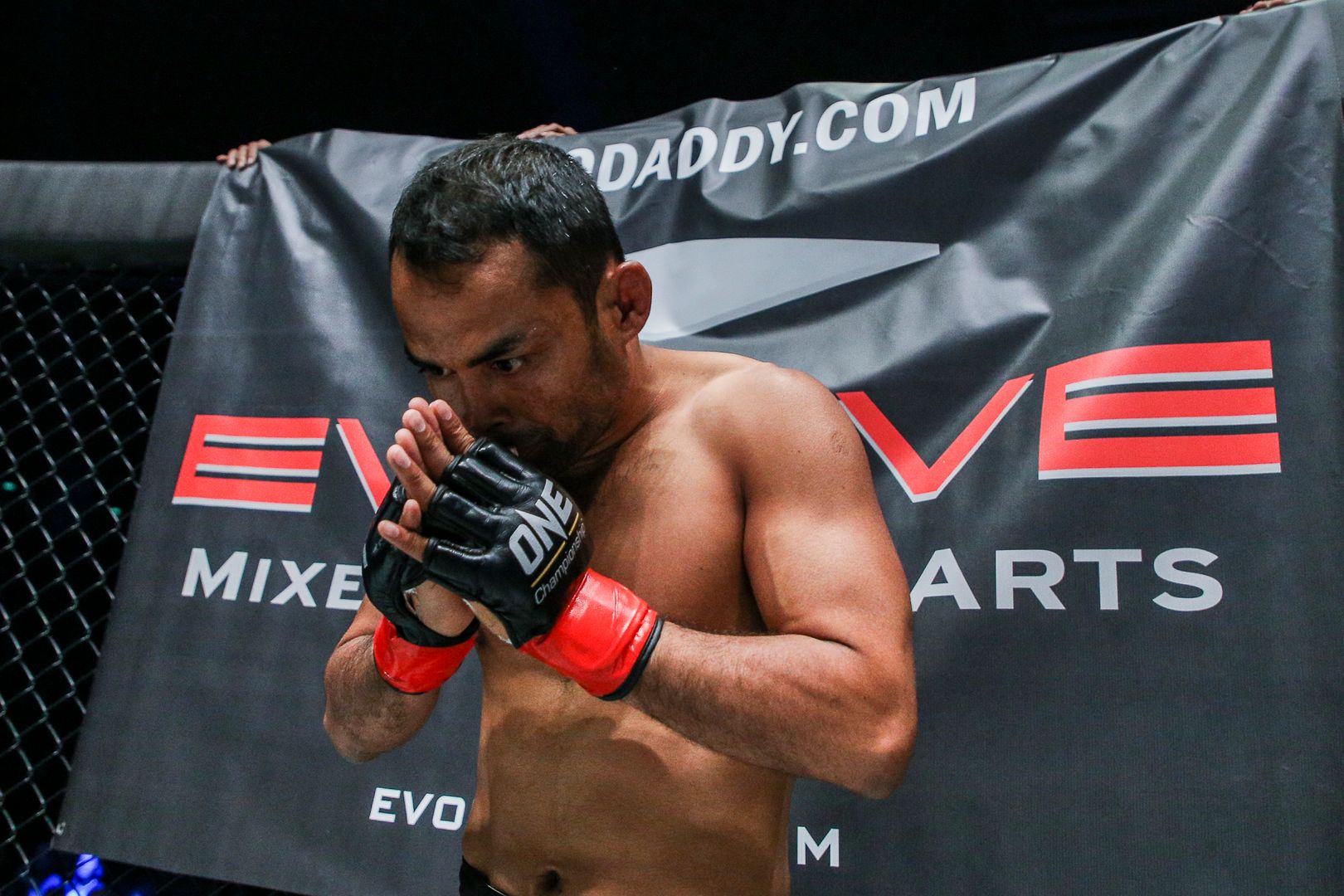