Alex “Little Rock” Silva got some redemption for his Evolve teammates, as he utilized his brilliant Brazilian Jiu-Jitsu skills to dominate Miao Li Tao for much of their strawweight mixed martial arts contest at ONE: BATTLEGROUND II in Singapore.

The Sunkin International Fight Club athlete had previously bested two of Silva’s training partners, but “Little Rock” got one back with a clear-cut unanimous decision victory that aired on Friday, 13 August.

In the process, the former ONE Strawweight World Champion bounced back from a pair of tough setbacks, cemented his #5 divisional ranking, and held off the dangerous Chinese star. 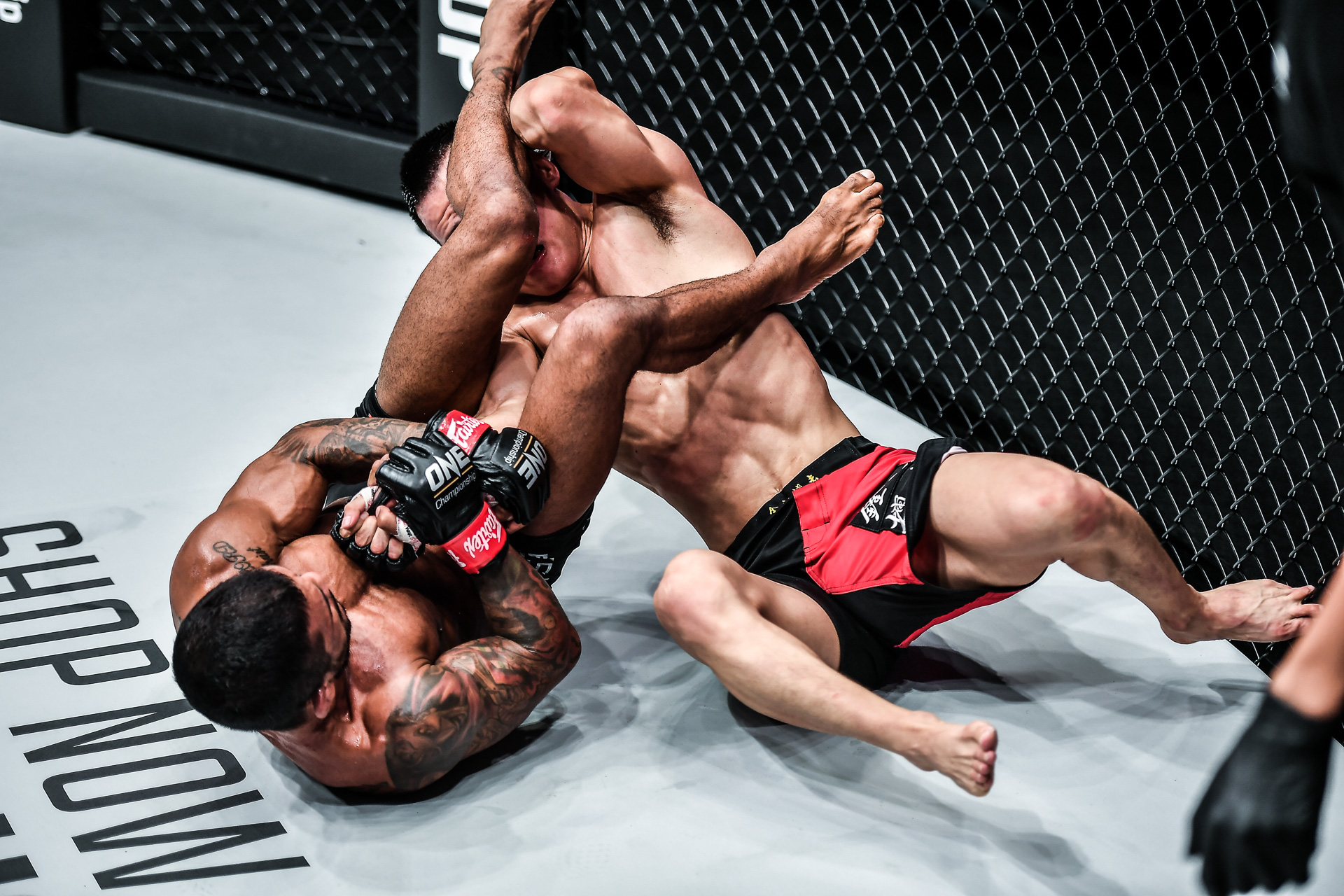 The first round opened up as expected. Silva aggressively tried to close the distance to shoot for a takedown, but Miao was waiting with heavy hips and hard counterstrikes. The Chinese slugger successfully fended off the first single-leg attempt, but “Little Rock” pulled guard with his second entry and set to work off his back.

Silva searched for his trademark armbar and came close, but the failed attempt allowed Miao to wriggle free and get back to his feet.

The Chinese star launched punches and knees at his rival, but the Brazilian capitalized with a well-worked takedown off the Circle Wall. He then passed from half-guard to mount, where he chipped away with strikes for most of the remainder of the round. 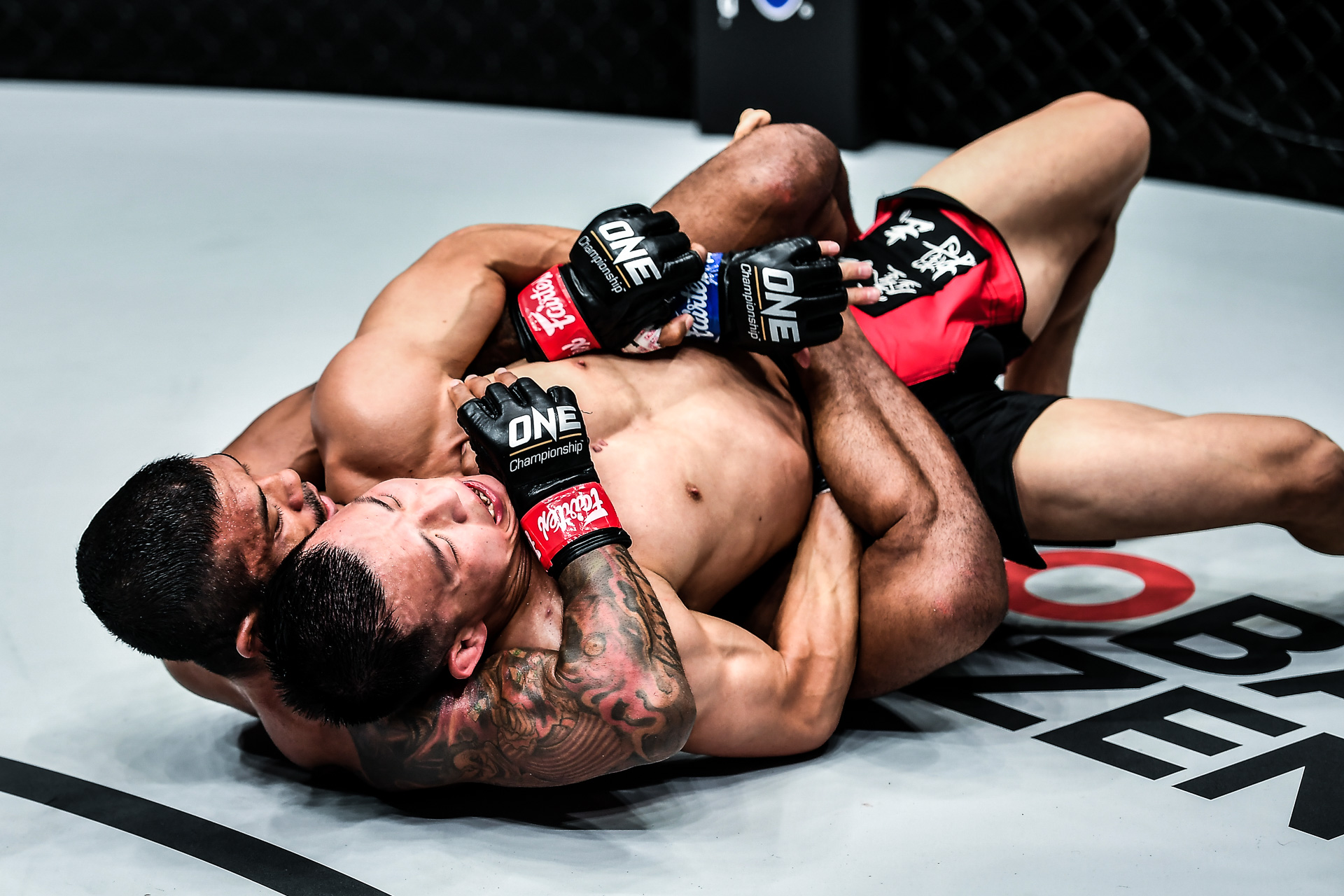 When the second frame began, Silva chopped away with a hard low kick, but his 28-year-old opponent returned fire with a barrage of punches and again stuffed an early takedown attempt. “Little Rock” briefly obliged in the throwing of hands and scored with a solid uppercut, before using the melee to shoot for Miao’s legs.

The former strawweight king couldn’t get his man down initially, and Miao escaped after a guillotine attempt, but the next double-leg was more effective.

Silva dragged the Beijing native to the mat and smothered him from the mount position. Frustrated, Miao turned and gave up his back. “Little Rock” went for an armbar late in the frame, which gave the Chinese athlete his only respite, as he ended up on top with just a few seconds remaining. 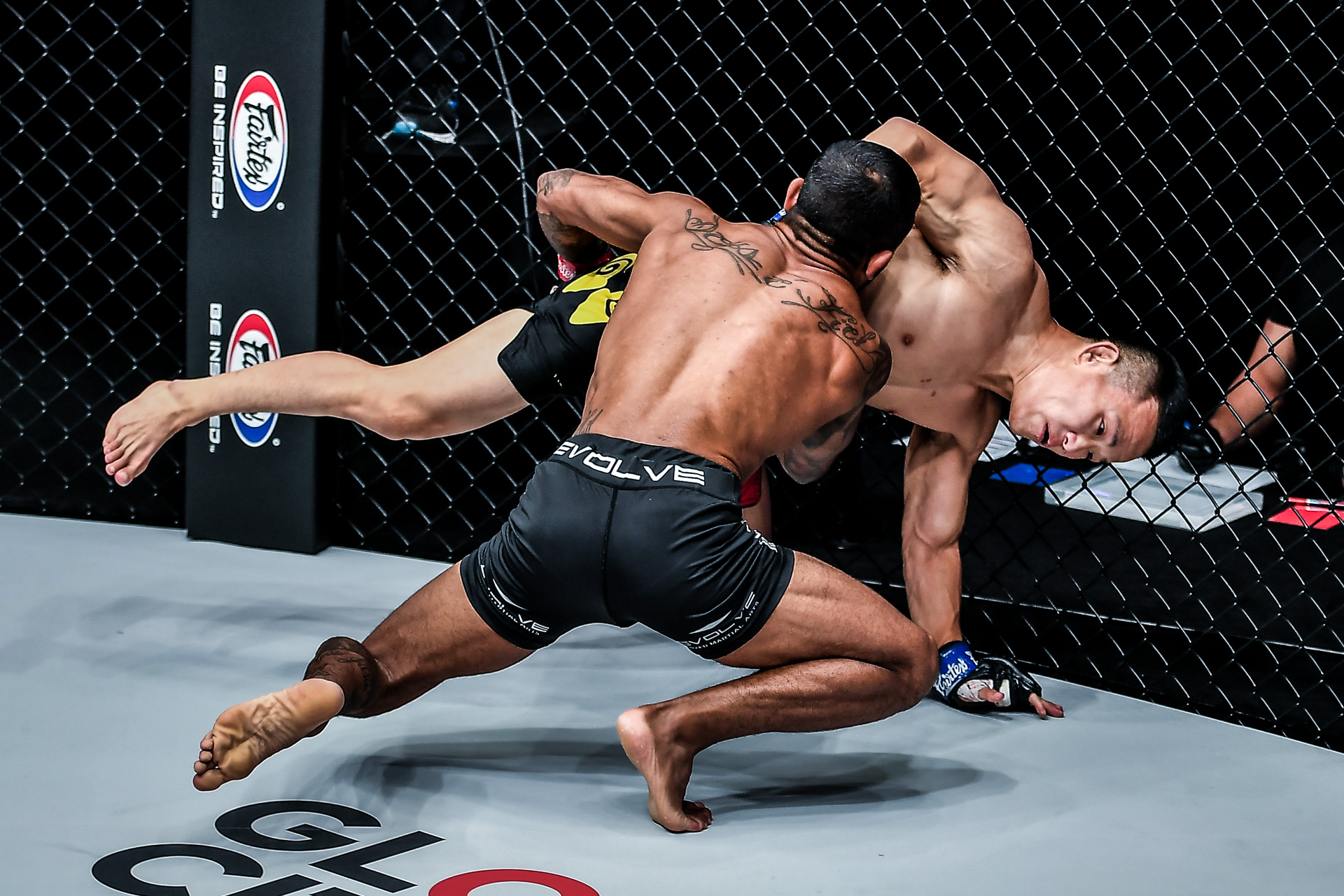 With a lot of ground to make up, Miao came out firing in the third stanza. He charged the Evolve athlete down with a hard right hand and knee. Once again, Silva’s first shot was stuffed, but as his foe pressed forward, the Brazilian landed a scorching uppercut through the middle as they clinched up on the Circle Wall.

Silva used those close quarters to take Miao down and immediately secured back control in the scramble. He then tied up one of his rival’s arms in a body triangle, but the durable Chinese star fended off the submission attempts and managed to squirm free.

With a couple of minutes left on the clock, Miao tried to rain down some strikes, but “Little Rock’s” BJJ savvy kept him out of trouble. He tied his man up and made it to the final bell, where the result looked like a formality. 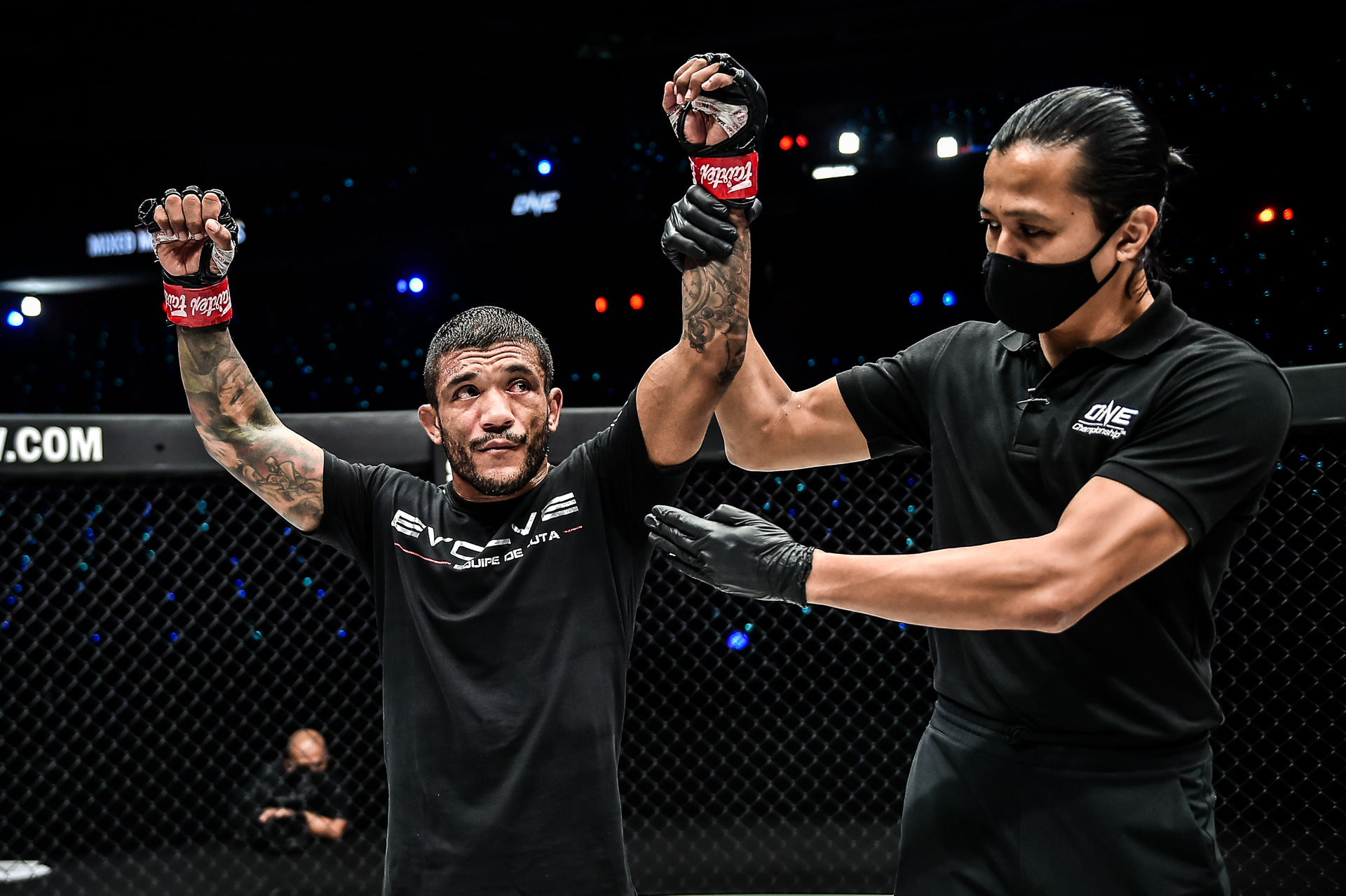 Silva indeed got the nod via unanimous decision, snapped a two-fight skid, and proved that he is still a force to be reckoned with in the strawweight division.