With a striking masterclass at the Singapore Indoor Stadium, Geje “Gravity” Eustaquio made it clear that he still belongs among the elite fighters in ONE Championship’s ultra-stacked flyweight division.

Eustaquio used his patented wushu striking to score a unanimous decision victory over “Running Man” Song Min Jong in the co-main event of ONE: INSIDE THE MATRIX III, a previously recorded show that aired on Friday, 13 November. 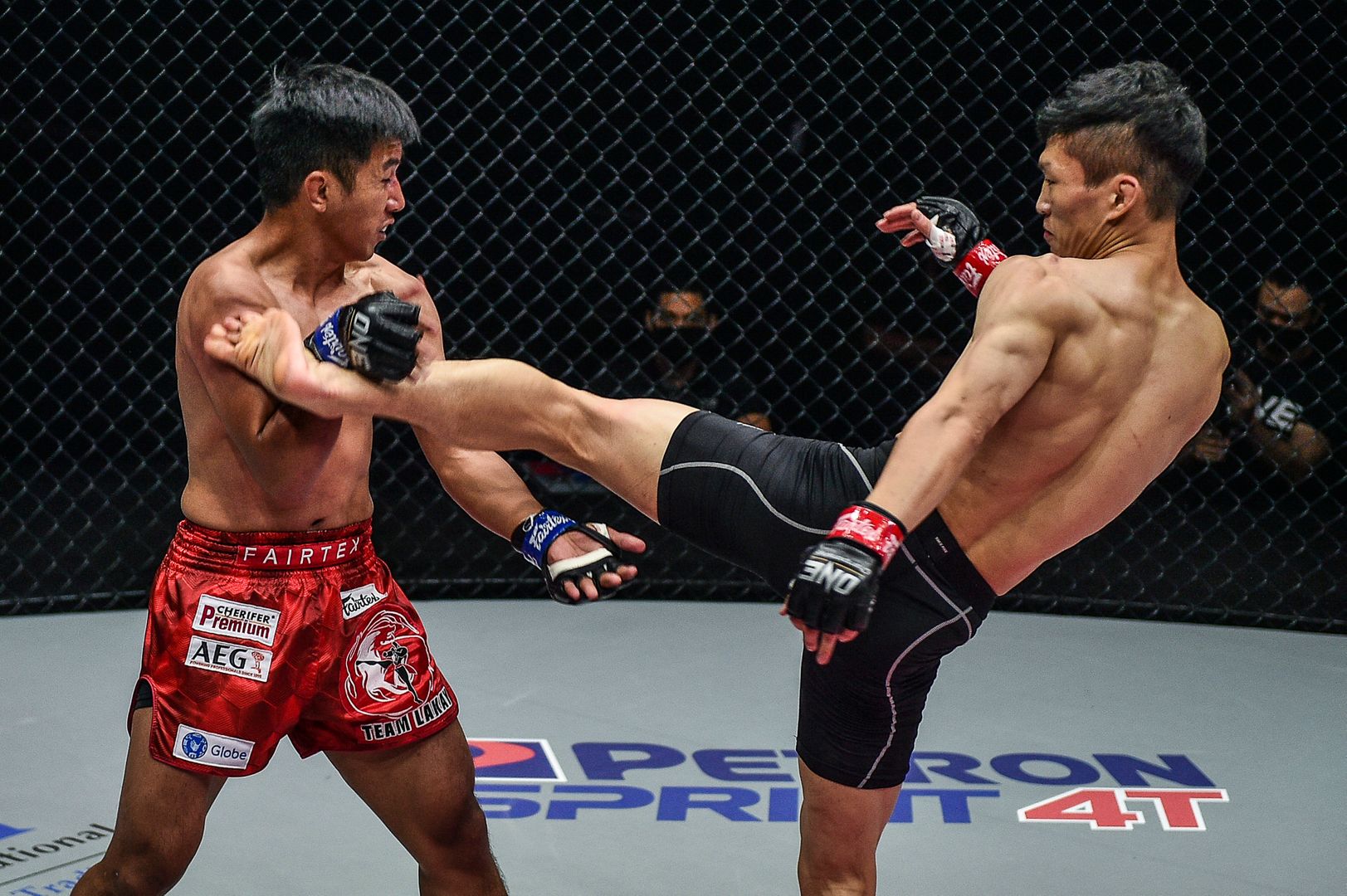 With the taller Song favoring body kicks, the Team Lakay star patiently waited for incoming strikes in the opening round, looking to catch a leg and trip his opponent to the canvas – a sequence that happened frequently throughout the bout.

The Seoul native usually did well to stay upright, but when he threw a jumping body kick 75 seconds into the tilt, Eustaquio amazingly caught it, tripped his foe to the mat, and immediately took the back. Song was able to escape, but he ate a knee in the process.

Back on the feet once more, Eustaquio was precise and on target, as he continuously picked “Running Man” apart with short hooks and leg kicks while evading his opponent’s advances.

The South Korean then tried to pursue a takedown once more, but he ate a right hand for his trouble. The round ended with “Gravity” scoring another counter trip against a kicking Song. 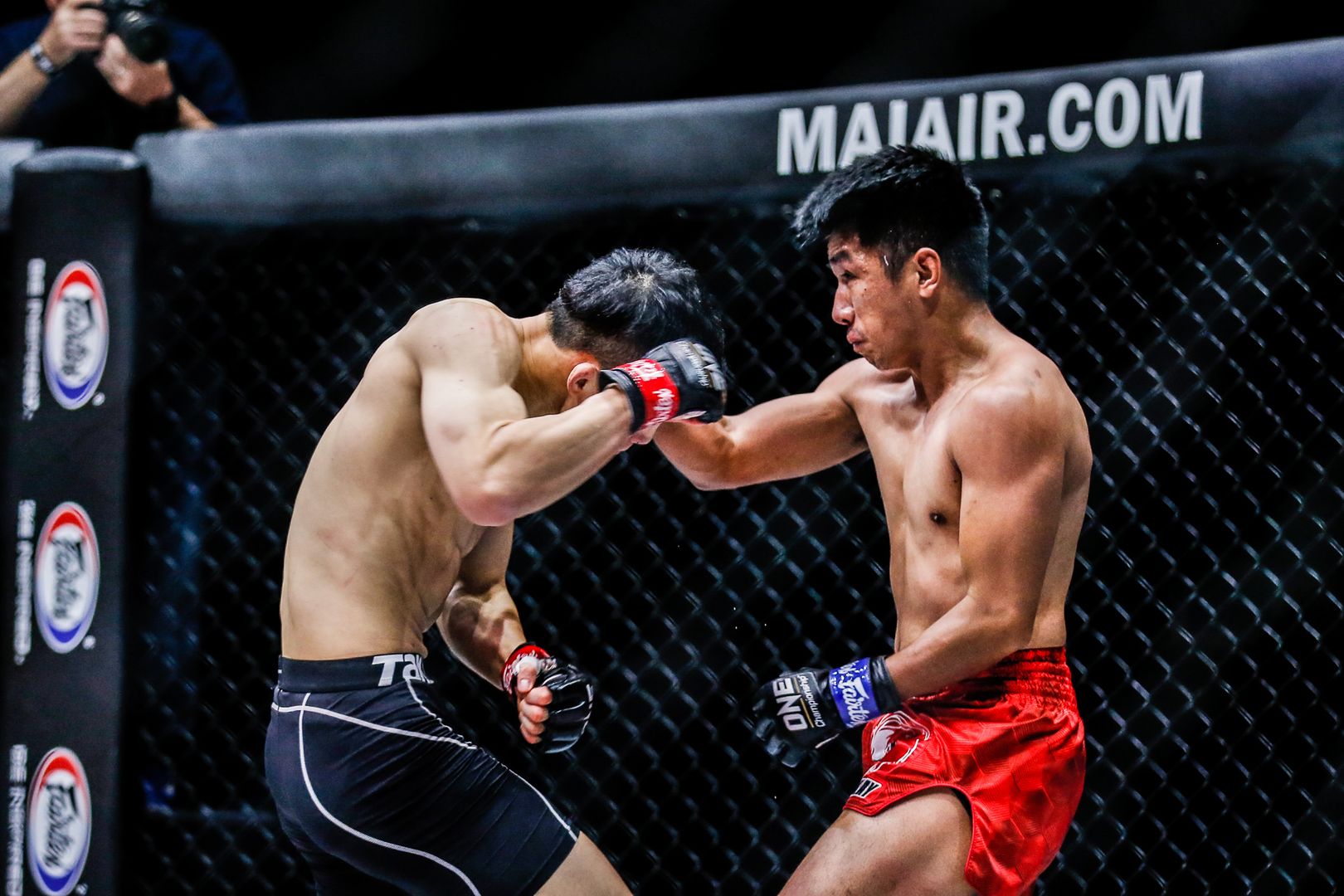 That splendid performance on the feet carried over for the Team Lakay star, as he began the second frame by landing leg kicks, right hooks, and straight punches. Although Song tried to connect with head kicks, body kicks, and punches, Eustaquio brilliantly dodged many of the shots and counterstruck the “Running Man.”

As the round wore on, it became clear that the Filipino’s heavy strikes were starting to take a toll on Song. He frequently switched stances and continued to throw body kicks and spinning attacks, but “Gravity” continued to evade most of his rival’s strikes.

The Monster House representative used his punches to rush in for a takedown late in the stanza, but it ended in the clinch, where the South Korean threw body shots and a knee. The moment they got separated, Eustaquio threw some left hands, a body kick, and then turned to his patented spinning back kick.

“Running Man” tried to answer back, but he took a spinning elbow to the chin for his efforts. Undeterred, Song marched forward in the final moments of the round and attempted to land his strikes, which “Gravity” continued to mostly dodge. 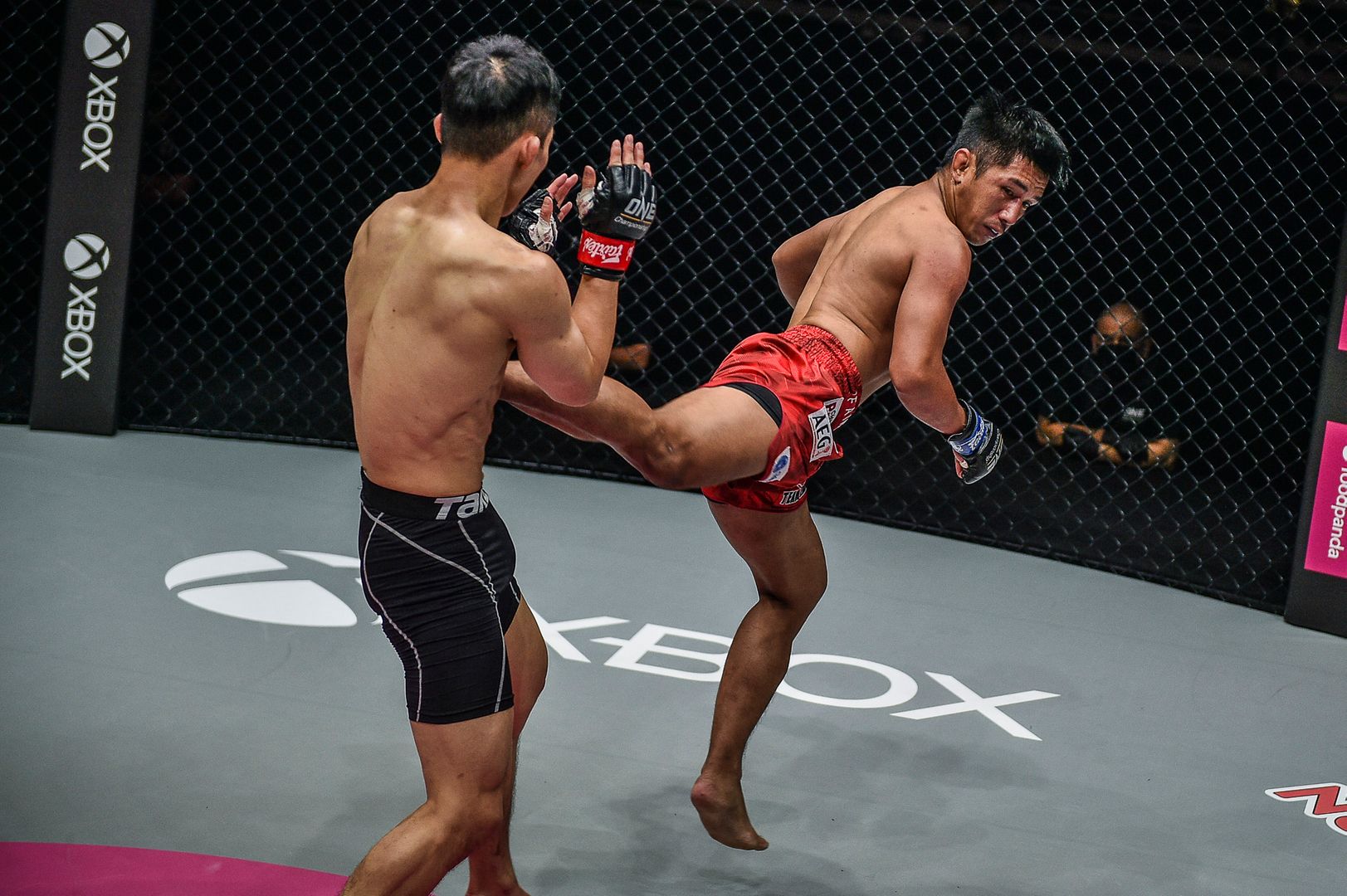 Having no answers to Eustaquio’s fluid striking, Song changed gears and pulled guard as he tried to put on a standing arm-triangle choke. He did get Eustaquio to the ground, but the 31-year-old Filipino slithered out of the choke and began to work from inside the South Korean’s guard.

At that point, it was clear Song’s plan had backfired, as Eustaquio landed clean punches from the top. “Running Man” managed to force a scramble, but the former flyweight king worked well to maintain a dominant position and land a few more punches before getting back to the feet.

A left hook and a straight right connected for Eustaquio, while Song continued to hit air. The Filipino then landed a short uppercut as the South Korean attempted to take the match to the ground once more.

From there, Eustaquio went for his opponent’s legs, attempting a kneebar that Song easily shrugged off. Then on top, the 28-year-old Seoul native looked to pass guard and worked to find a dominant position. 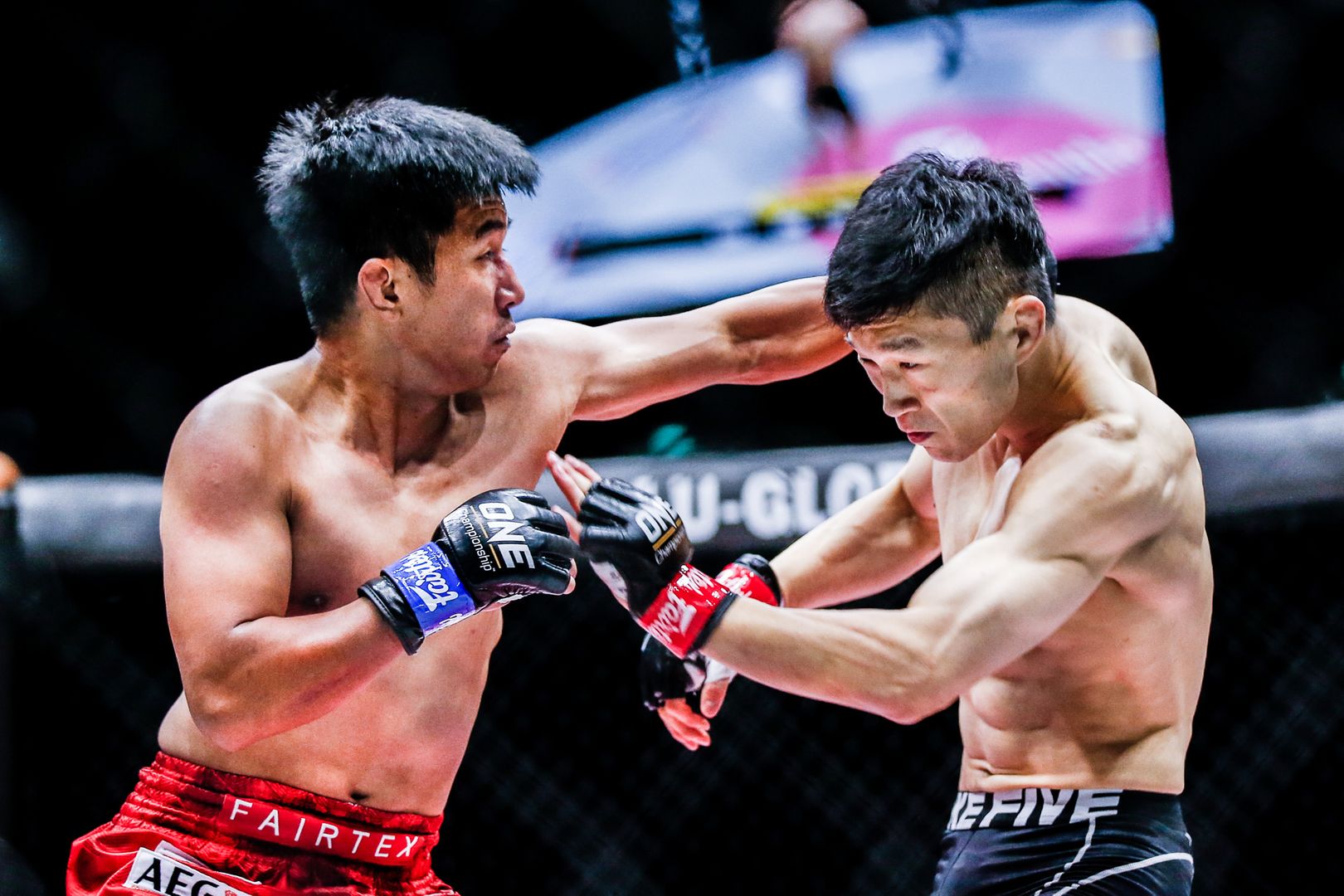 After getting to side control, Song advanced further by going for a north-south choke, but Eustaquio turned and powered out, even landing a takedown.

They quickly stood back up, and Song landed a head kick, but Eustaquio was unfazed. In the waning seconds of the contest, the South Korean went for a last-ditch takedown attempt, but “Gravity” caught him in a guillotine choke.

Though it seemed like he nearly locked in the submission hold, the final bell rang to end the contest.

The judges’ decision was a mere formality, as the Baguio City native earned a clear unanimous decision – his second straight victory after a sensational spinning back kick KO win over Toni “Dynamite” Tauru last year. 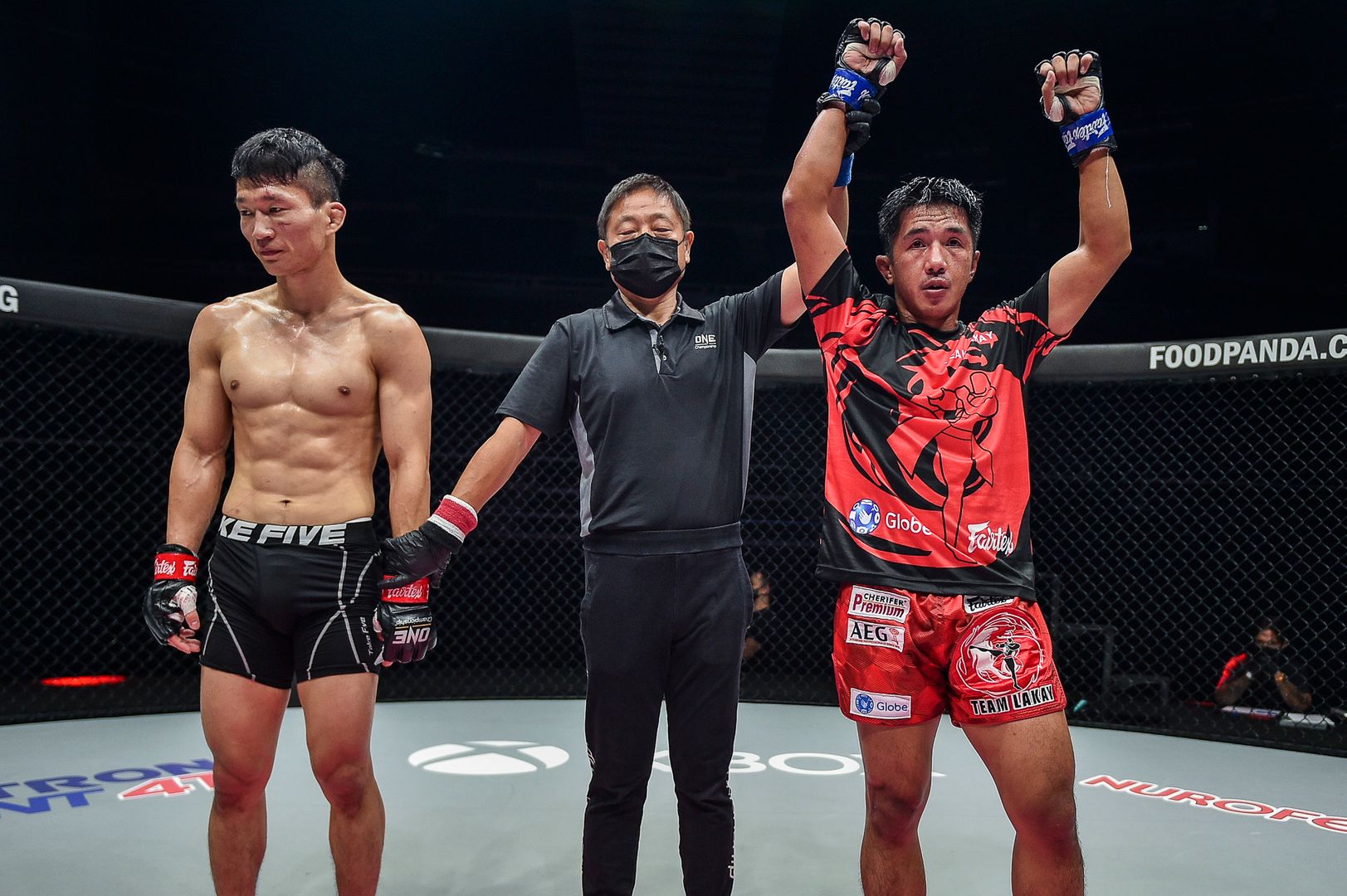 Eustaquio will now hope that his dominant performance was enough to earn him a top-five flyweight ranking and a matchup with one of the division’s top fighters.