ONE Championship is ready to make “The Lion City” roar again.

This Friday, 9 October, the promotion will bring ONE: REIGN OF DYNASTIES to Singapore, and the six-bout card is ready to thrill fans across the globe.

In addition to the Muay Thai World Title main event, the show will also feature five mixed martial arts bouts with major implications for the athletes and divisions.

Here is what’s at stake for everyone competing on Friday. 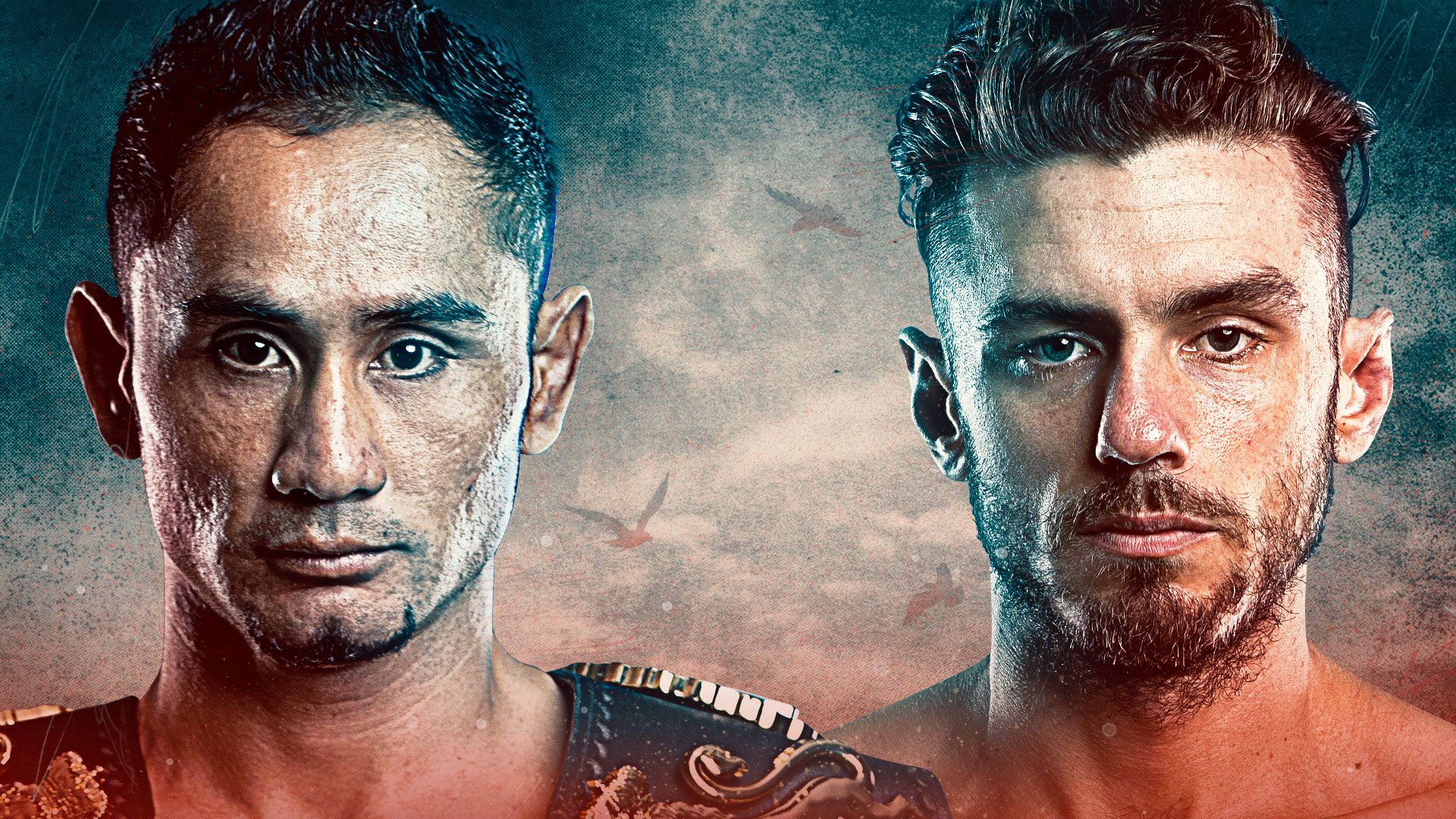 Sam-A Gaiyanghadao is a living legend who miraculously continues to look better every time he competes.

The 36-year-old Buriram native has been dominant since moving down to the strawweight division last year. He knocked out Daren Rolland in October 2019 and then outstruck “Golden Boy” Wang Junguang to claim the inaugural ONE Strawweight Kickboxing World Title in December.

Finally, he ripped apart Rocky Ogden to claim the ONE Strawweight Muay Thai World Championship this past February, making him the only man to hold ONE World Titles in two different sports.

Even after claiming both belts, Sam-A has expressed his desire to continue building his legacy. But his reign of dominance is being threatened by Josh “Timebomb” Tonna, an unlikely top contender who continues to meet every challenge.

Tonna has been an underdog his entire life, and he endured a rough start to his ONE Super Series tenure. But in mid-2019, the Australian made some pivotal changes, including training at a new gym, working with a new strength and conditioning coach, and surrounding himself with inspirational people to build a positive mindset.

Those changes did wonders for Tonna, as he rattled off two massive wins, earned the division’s top-ranked contender spot, and finally received the ONE World Title match he’s dreamed about.

On Friday, fans all across the globe will get to see if Tonna can finally shed his underdog label and become a ONE World Champion, or if the dominant Sam-A will add another victim to his list. 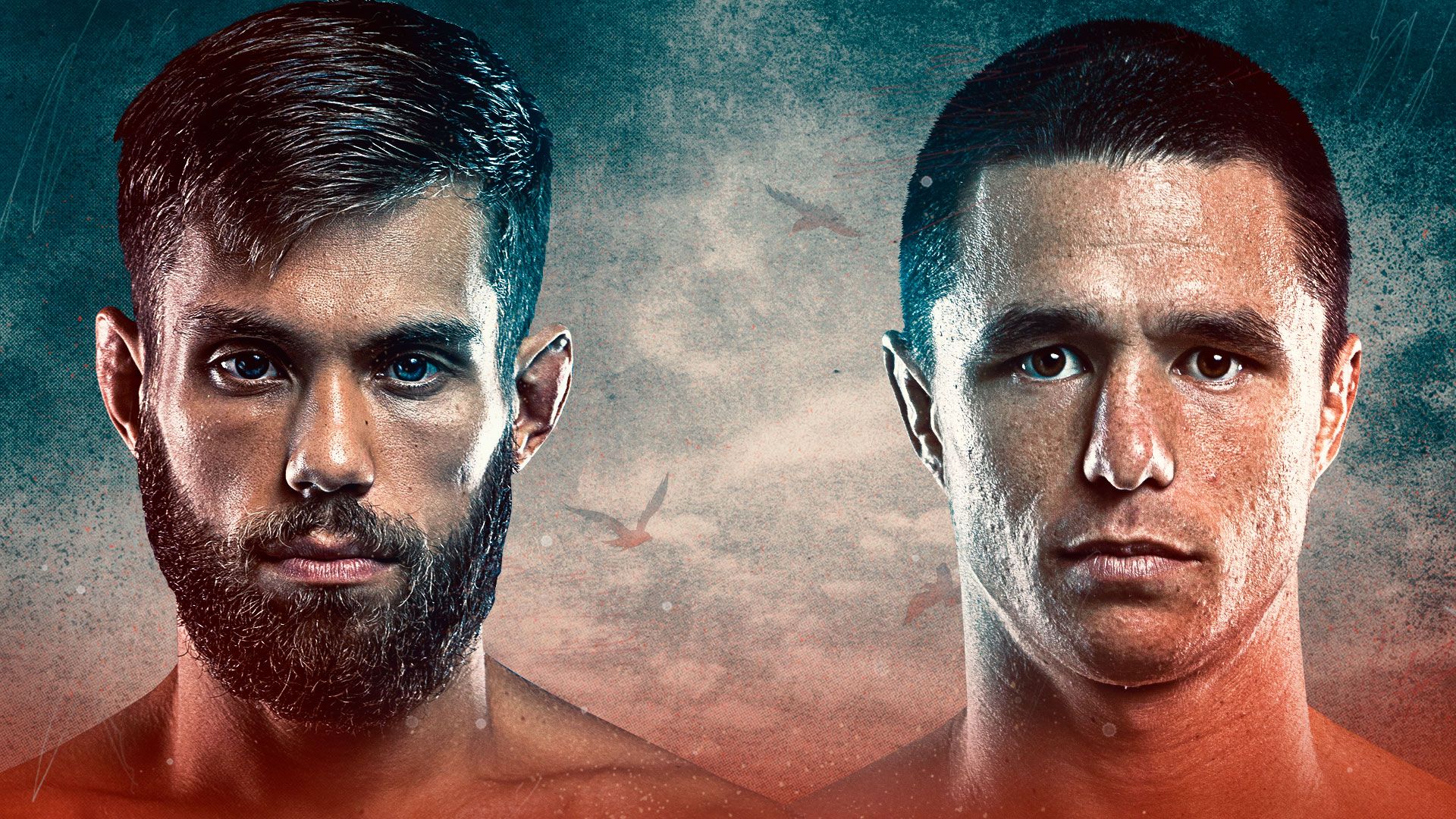 The flyweight mixed martial arts division is one of ONE’s most exciting groups, and it will be under the spotlight on Friday night in the co-main event.

Reece “Lightning” McLaren has developed quite a reputation for himself in the promotion. The Australian is an underrated striker with a phenomenal Brazilian Jiu-Jitsu black belt background, and he was previously a major threat in the bantamweight division.

In fact, he nearly toppled ONE Bantamweight World Champion Bibiano “The Flash” Fernandes in their World Title showdown in December 2016 before losing a razor-thin split decision.

McLaren has been even more dangerous as a flyweight, with his biggest victories coming over Anatpong “Mak Mak” Bunrad, Gianni Subba, Gurdarshan “Saint Lion” Mangat, and former DEEP Flyweight World Champion Tatsumitsu “The Sweeper” Wada. “Lightning” is now the #5-ranked contender in the division, and he certainly wants to stay in the World Title picture.

However, Toivonen wants to take that spot and certainly has the skills to make that happen.

The Finn is a high-level grappler with heavy hands. He’s also undefeated in his five-year professional mixed martial arts career and owns a perfect 100 percent finishing rate. He showed a glimpse of those world-class skills in his victory over Akihiro “Superjap” Fujisawa back in July 2019, and he’s eager to take things to another level this Friday.

Will Toivonen defeat McLaren and take his spot in the rankings, or will the Aussie become the first person to slay “The Giant”? On Friday, we’ll find out. 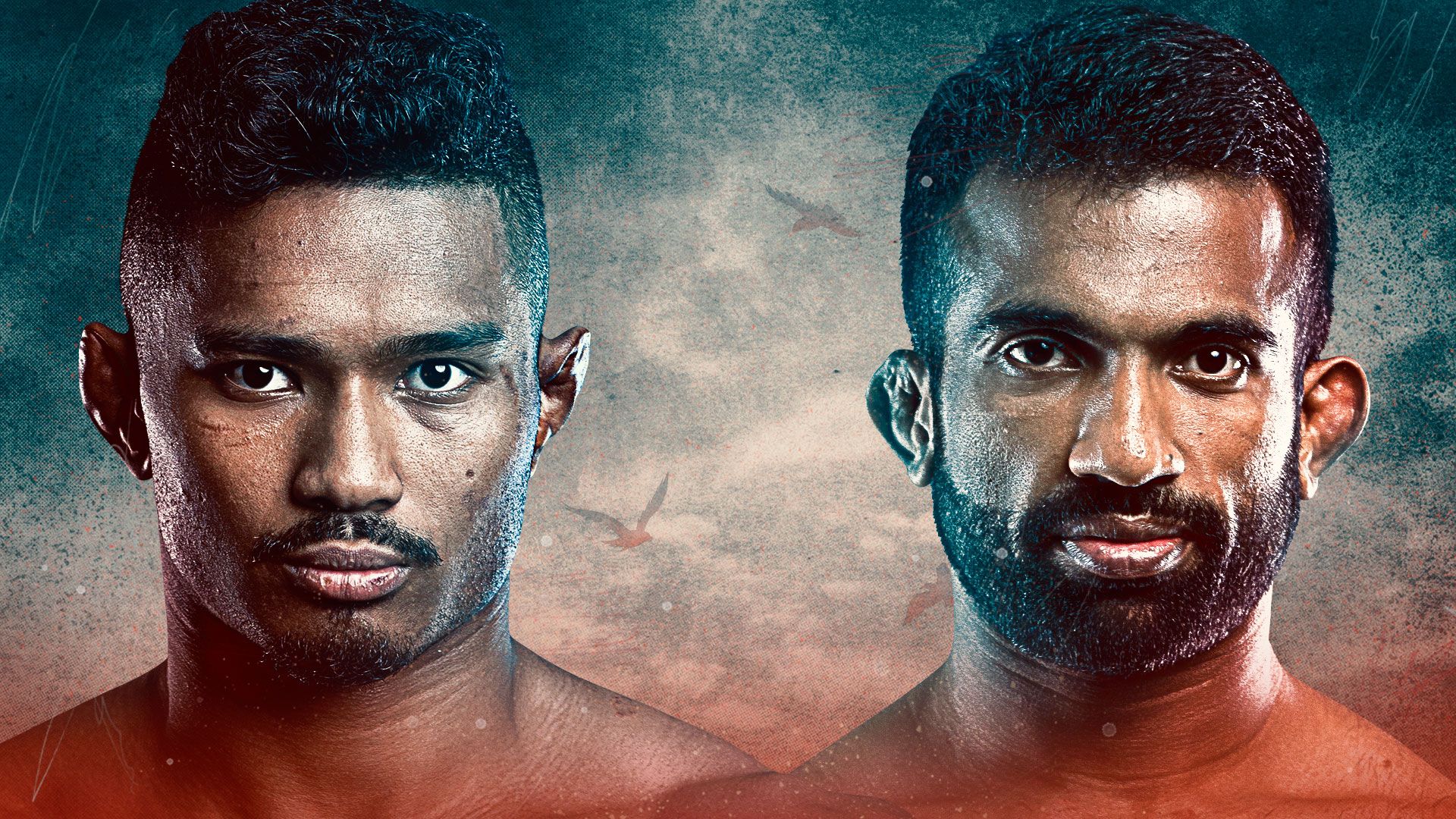 The top two Singapore-based lightweight mixed martial artists will collide on Friday night, but there is more than local bragging rights on the line for Amir Khan and Rahul “The Kerala Krusher” Raju.

Khan, who co-holds the record for most knockouts in ONE history with lightweight king Christian “The Warrior” Lee, has fallen on hard times. He’s lost four of his last five matches, and on top of that, his father was diagnosed with Stage IV brain cancer and may have just months to live.

This could be the Evolve product’s last chance to fight in front of his dad, so the urgency to win has never been stronger for the 25-year-old Singaporean.

Unfortunately for him, Raju is on a hot streak and is motivated to build on his momentum. “The Kerala Krusher” is riding a two-bout winning streak, having finished both opponents via rear-naked choke.

A victory over Khan would not only give Raju the hat trick, but it would announce him as a serious threat in the lightweight division and help elevate the Indian mixed martial arts scene. 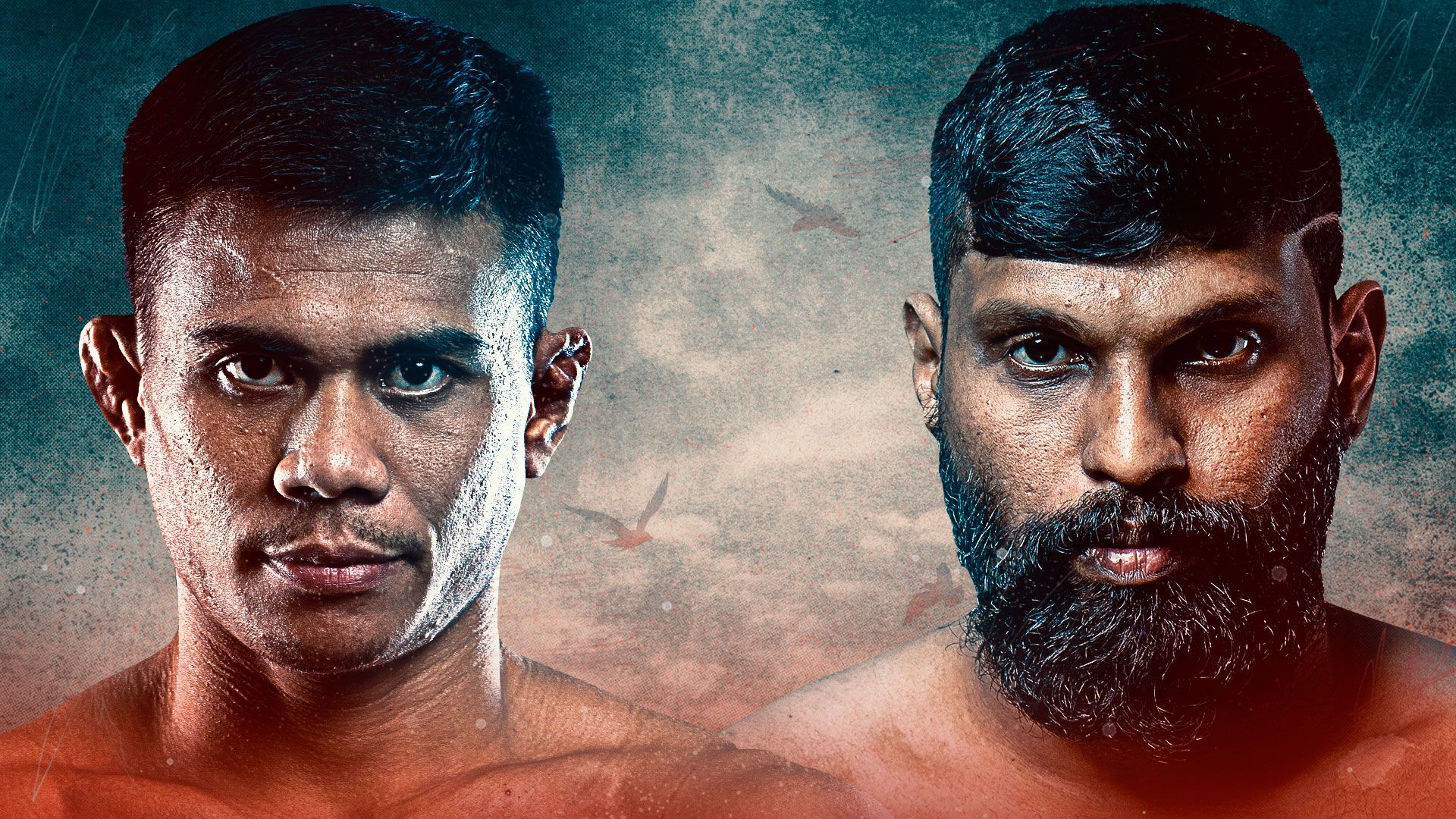 Saputra, a multiple-time Indonesian Wrestling Champion, is a world-class grappler with vastly improved striking, and many people believe he has the tools and temperament to become his country’s first Mixed Martial Arts World Champion.

On Friday, he’ll get another opportunity to prove those people correct. Saputra has a chance to win for his country and move forward in his mixed martial arts career, and, if he gets his way, he’ll win by using his stand-up skills.

However, Saputra will need to be careful, because Silvarajoo is an F3 Boxing Champion who holds a 7-centimeter height advantage. He could use his reach and striking repertoire to knock out the Indonesian hopeful.

In fact, “Wolverine” would love nothing more than to earn a knockout in his promotional debut and claim victory for Malaysia in this cross-regional battle. 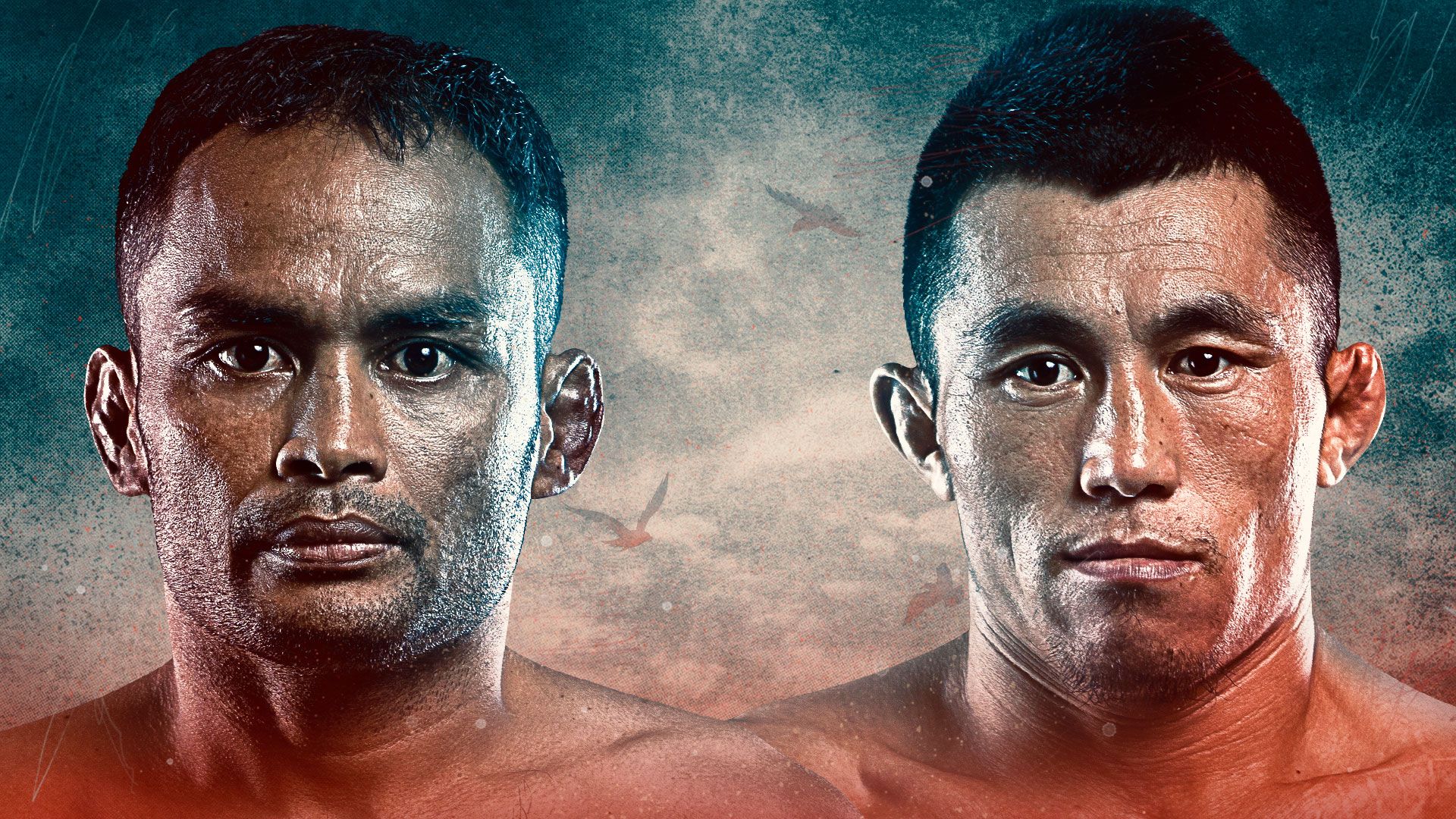 Both Dejdamrong Sor Amnuaysirichoke and “Wolf Of The Grasslands” Hexigetu experienced some unexpected turbulence in their mixed martial arts careers, but they’ve both turned things around.

Dejdamrong fell on hard times after losing the ONE Strawweight World Title in May 2016, but the Muay Thai legend has enjoyed a resurgence over the past two years. The veteran has won three of his last four fights, having finished two of his rivals by knockout and another by submission.

Hexigetu has also enjoyed a resurgence. The Chinese athlete dealt with a longtime nagging injury, but he’s looked dominant since healing. That was apparent in his most recent victories last year, in which he used his world-class grappling to earn clear-cut unanimous decisions.

Though each man feels rejuvenated, only one can move closer to a World Title opportunity. Fans will find out which man that is this Friday. 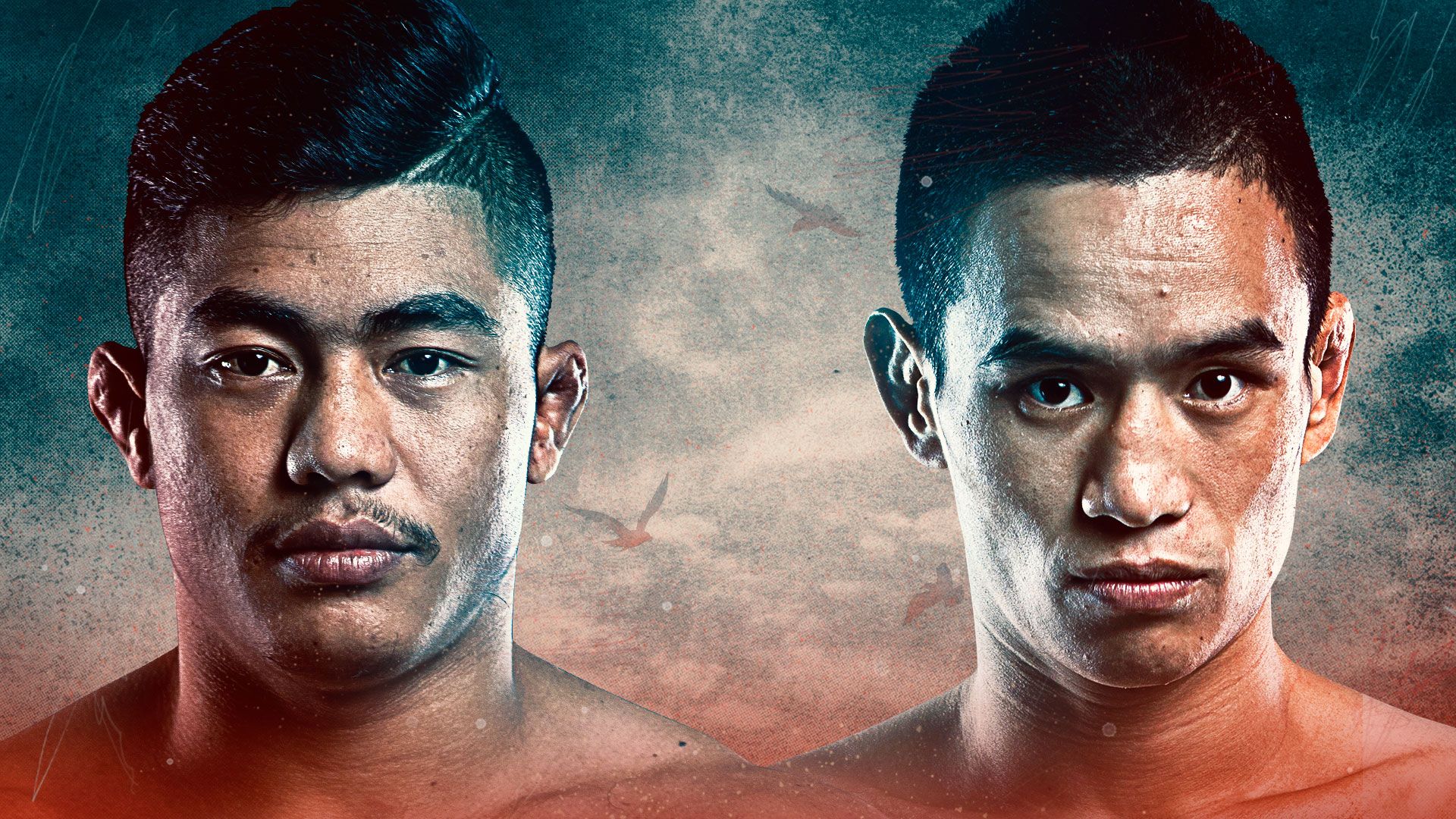 Two of the most talented up-and-coming mixed martial arts stars will kick off the show, and both are hoping to win for their country while moving up the flyweight ladder.

“The Indian Notorious” Roshan Mainam is a multiple-time Indian Wrestling Champion who initially made a name for himself on the national mixed martial arts scene.

But when he joined the Evolve Fight Team, he took his skills to the next level, which he showcased during his dominant first-round victory over Khon Sichan in November 2019.

At ONE: REIGN OF DYNASTIES, he’ll meet another 24-year-old wrestling sensation in Liu Peng Shuai, who won two mixed martial arts bouts in a single night to become the ONE Hefei Flyweight Tournament Champion in July 2016.

That was an epic evening for the Chinese warrior, but his biggest career victory came in February 2019, when he dealt with the dazzling grappling skills of Indonesian Wrestling Champion Elipitua “The Magician” Siregar, submitted him in the fight’s last minute, and handed the rising star his first loss.

The flyweight division is ultra-stacked, and a victory here would separate the winner from the chasing pack.