ONE Championship will host a phenomenal event this Friday, 17 May, as ONE: ENTER THE DRAGON arrives at the Singapore Indoor Stadium with a stacked card of 16 bouts.

A pair of ONE World Title match-ups top the bill after the star-studded US$1 million ONE Featherweight Kickboxing World Grand Prix gets underway with the complete quarterfinal round.

The supporting bouts pack just as much of a punch, with some of the most talented names in The Home Of Martial Arts in action. In total, there are 21 World Champions set to compete from mixed martial arts, pankration, Brazilian Jiu-Jitsu, Muay Thai, kickboxing and karate.

The ONE Lightweight World Title Warriors

A blockbuster battle for the ONE Lightweight World Title! Predictions?

Shinya “Tobikan Judan” Aoki puts his ONE Lightweight World Title on the line against Singapore’s own Christian “The Warrior” Lee in the main event.

Aoki is a four-time World Champion in the world’s largest martial arts organization, and he has also held DREAM, WAMMA and Shooto World Titles in his long career as an elite-level competitor.

His challenger is a six-time Pankration World Champion, who is motivated to capture the ONE gold on his second attempt.

???????? HISTORY WILL BE MADE ???????? The best Dutch strikers in the world square off to determine the first-ever ONE Lightweight Kickboxing World Champion!

???????? HISTORY WILL BE MADE ????????The best Dutch strikers in the world square off to determine the first-ever ONE Lightweight Kickboxing World Champion! Singapore | 17 May | 5:00PM | Watch on the ONE Super App: http://bit.ly/ONESuperApp | TV: Check local listings for global broadcast | Facebook: Prelims LIVE | Twitter: Prelims + 2 Main-Card bouts LIVE | Tickets: http://bit.ly/onedragon19

Dutch kickboxers Nieky “The Natural” Holzken and Regian “The Immortal” Eersel square off in the co-main event with the inaugural ONE Lightweight Kickboxing World Championship on the line.

Both men are extremely decorated strikers. Holzken is a seven-time kickboxing World Champion, which includes the Glory and WFCA belts. Eersel is a Lion Fight and MFC World Champion.

Both men also have back-to-back wins over elite-level opposition on the global stage for martial arts, which earned them their World Title shot.

On 17 May in Singapore, eight of the world’s best strikers will Enter The Dragon! ????

On 17 May in Singapore, eight of the world’s best strikers will Enter The Dragon! ????Singapore | 17 May | 7:00PM | Watch on the ONE Super App: http://bit.ly/ONESuperApp | TV: Check local listings for global broadcast | Tickets: http://bit.ly/onedragon19

The ONE Featherweight Kickboxing World Grand Prix quarterfinal bouts all take place on the same night in Singapore, and every entrant is a World Champion.

ONE Championship returns to Singapore with its biggest event ever featuring 21 WORLD CHAMPIONS!

There is also a trio of former ONE Strawweight World Champions in action in Singapore. Alex “Little Rock” Silva and Yoshitaka “Nobita” Naito lock horns in a long-awaited rubber match before Dejdamrong “Kru Rong” Sor Amnuaysirichoke – who is also a multiple-time Muay Thai World Champion – takes on Miao Li Tao.

One more former ONE World Champion will feature on the card, as Filipino flyweight superstar Geje “Gravity” Eustaquio goes up against Evolve’s Kim Kyu Sung in a ONE Flyweight World Grand Prix alternate bout.

Down in the women’s atomweight division, DEEP Jewels Featherweight World Champion Mei “V.V.” Yamaguchi will return to action in search of a third straight win and another shot at ONE gold by defeating Laura “La Gladiadora” Balin. 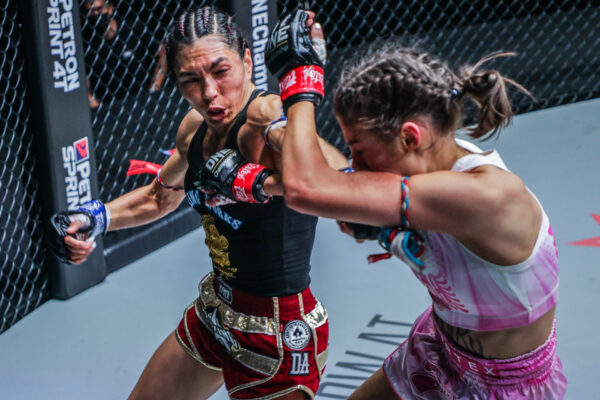