The new year is upon us, but ONE Championship is not done just yet.

This coming Friday, 6 December, the world’s largest martial arts organization will put a bow on 2019 with ONE: MARK OF GREATNESS, which emanates from the Axiata Arena in Kuala Lumpur, Malaysia.

The 13-bout blockbuster event is topped by a pair of World Title showdowns, and it has an explosive undercard full of kickboxing, mixed martial arts, and Muay Thai contests.

Now, just days away from event night, here are five reasons why you must watch ONE: MARK OF GREATNESS. 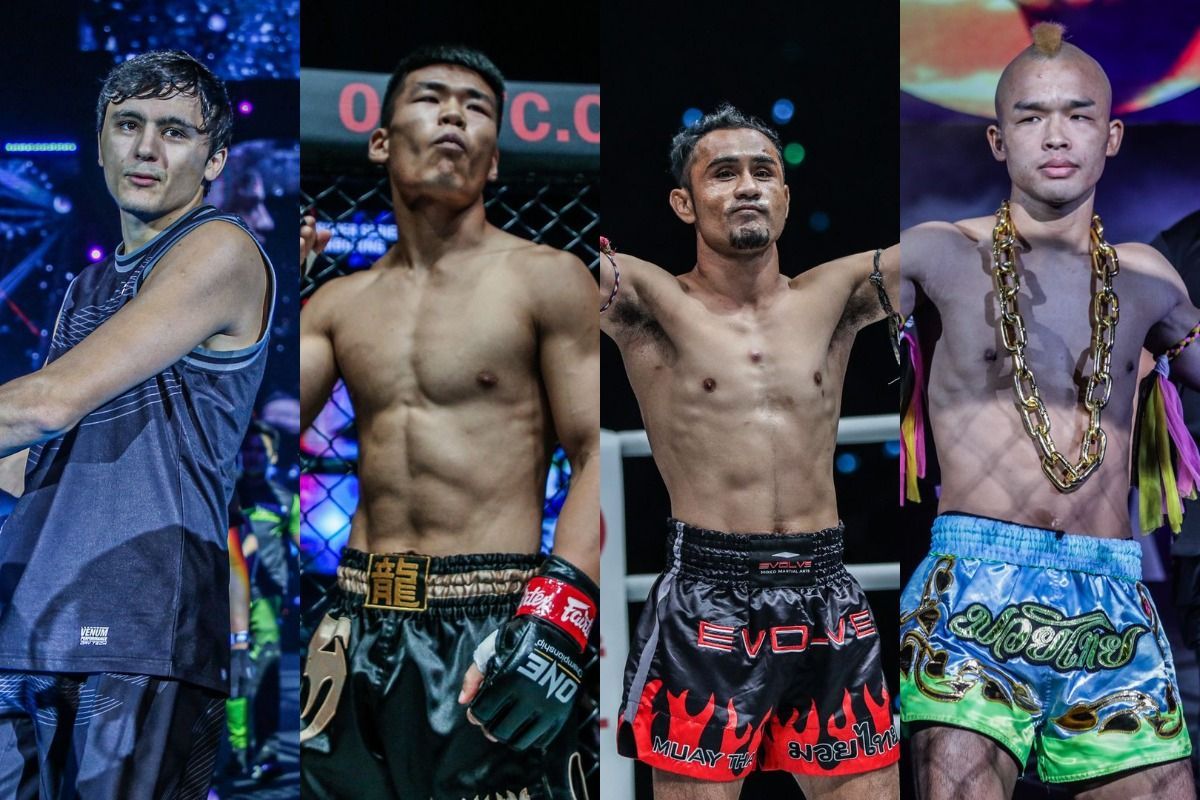 Newly minted ONE Strawweight and Bantamweight Kickboxing World Championships are on the line in the evening’s two headline attractions.

The last time Ramazanov was in action, he knocked down Serbian-American Ongjen Topic three times in the first round to earn a decisive knockout victory. In addition to that, he stopped Scotland’s Andrew Miller in 57 seconds in November 2018 to score one of the fastest knockouts in ONE Super Series history.

His opponent, Zhang, has been equally impressive. The Chinese star is riding a three-bout win streak in ONE Super Series, which includes his most recent first-round KO over Tyler Hardcastle in June.

The Thai legend earned his shot at the gold by stopping France’s Daren Rolland at ONE: CENTURY in October.

This will be his first kickboxing match-up, but getting the belt will not be easy. Wang looked spectacular in his promotional debut, as he demolished Federico “The Little Big Man” Roma en route to a first-round KO at ONE: DAWN OF VALOR in October.

There is a lot at stake for both men. Sam-A can achieve two-sport World Title glory, whereas Wang, along with Zhang, could become China’s first ONE Super Series World Champions. 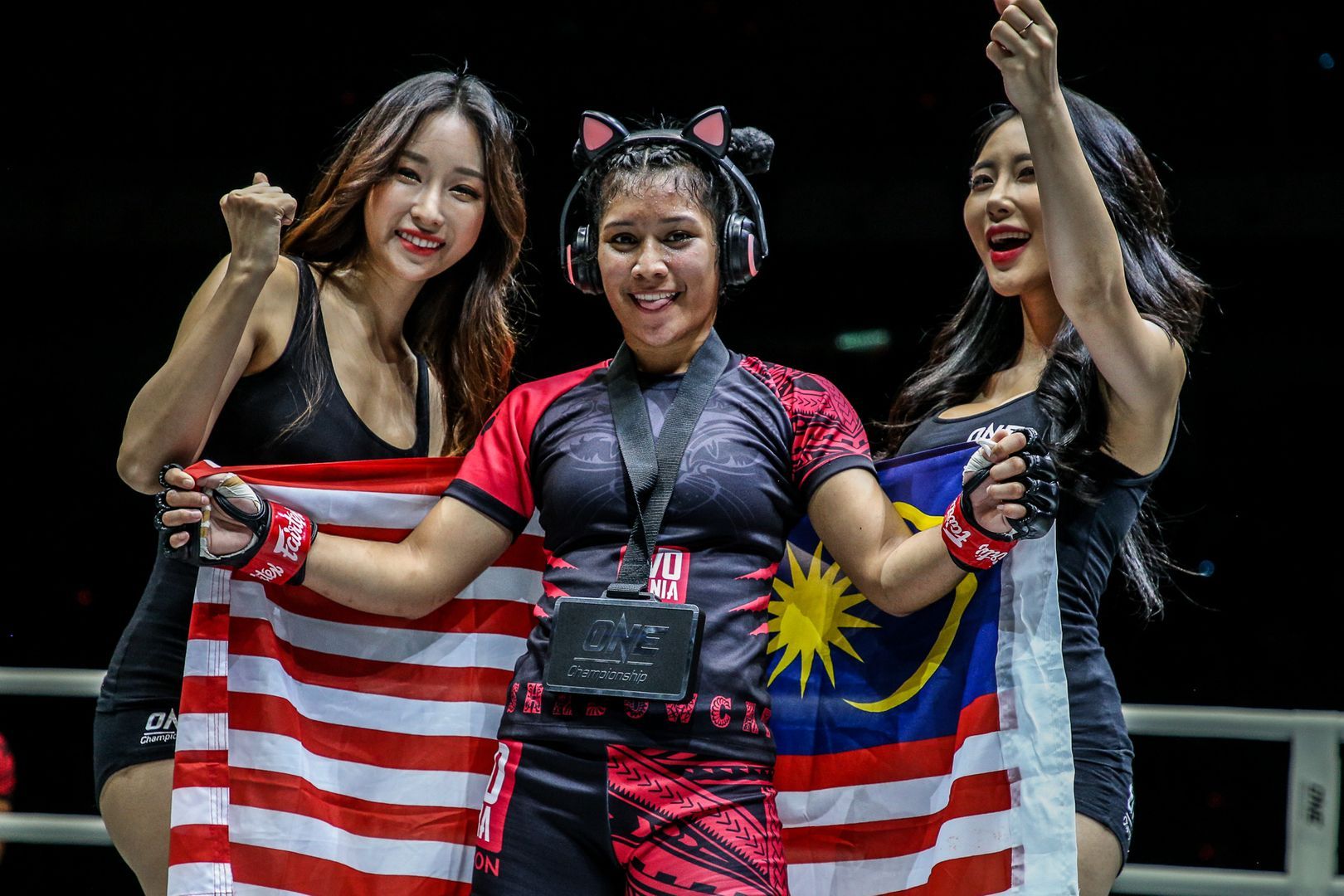 When the locals enter the Axiata Arena in the Malaysian capital, they will have three homegrown talents to cheer for throughout the evening.

Leading the charge will be Jihin “Shadow Cat” Radzuan. The Wushu World Champion caps off her 2019 slate on the main card against undefeated Filipina Denice “The Menace Fairtex” Zamboanga in a women’s atomweight mixed martial arts clash.

Jihin suffered her first professional defeat in February by way of a narrow split decision, but she showed her champion’s heart by returning with a first-round submission victory in July. A win for the Johor Bahru native puts her on a path towards the ONE Women’s Atomweight World Title.

Also, Kuala Lumpur’s own Agilan “Alligator” Thani starts his trek back towards ONE Welterweight World Title contendership, as he battles undefeated American Dante Schiro, who has finished five of his six opponents. With Thani’s 80 percent finishing rate, fans should not expect this bout to hit the scorecards.

Finally, on the prelims, a fast-paced bantamweight mixed martial arts encounter will thrill when Negeri Sembilan’s “Jungle Cat” Muhammad Aiman squares off against “The Ghost” Chen Rui. The 24-year-old is coming off a hard-earned decision victory, but he has a tough assignment against the Chinese warrior, who has finished three of his last four opponents.

#3 A Slew Of Rising Stars Return 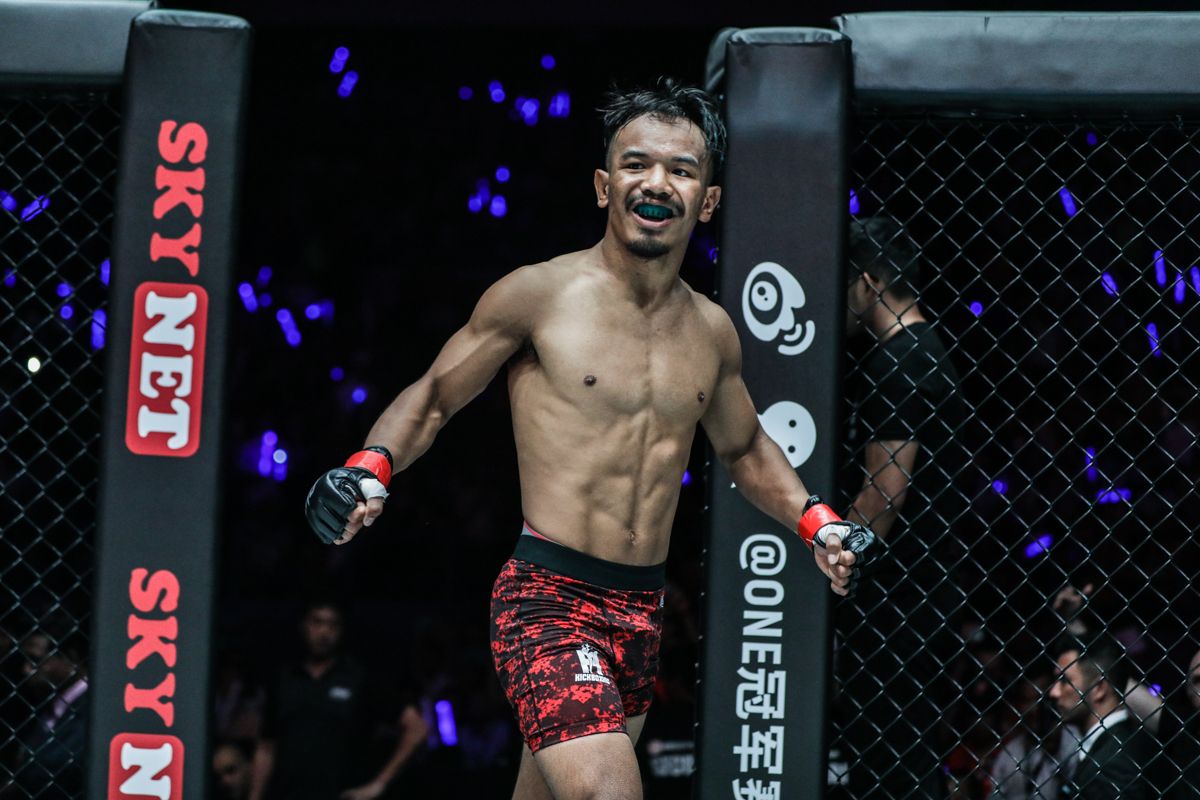 A trio of talented mixed martial artists are scheduled to make their returns, but they will have their most difficult assignments yet.

Sovannahry “The Sweet Savage” Em makes her return to the Circle nearly a year to the day since her promotional debut.

The Cambodian-American flyweight, who made an immediate impact with a swift 81-second TKO over Iryna Kyselova, meets fellow unbeaten competitor Rayane Bastos, who will try to make a statement in her grand premiere in The Home Of Martial Arts.

Also, Myanmar’s “The Dragon Leg” Tial Thang, who earned a unanimous decision win in his debut back in March, makes his highly anticipated return.

He is scheduled to lock horns with “The Kid” Kim Woon Kyoum. As Tial Thang follows Aung La N Sang’s path through The Home Of Martial Arts, he gets the opportunity to show the world that he is ready to be Myanmar’s next superstar.

Mangat, who has back-to-back wins in his rookie year with ONE, will try to complete his hat-trick of 2019 victories when he meets former ONE World Title challenger Reece “Lightning” McLaren in a pivotal flyweight contest. 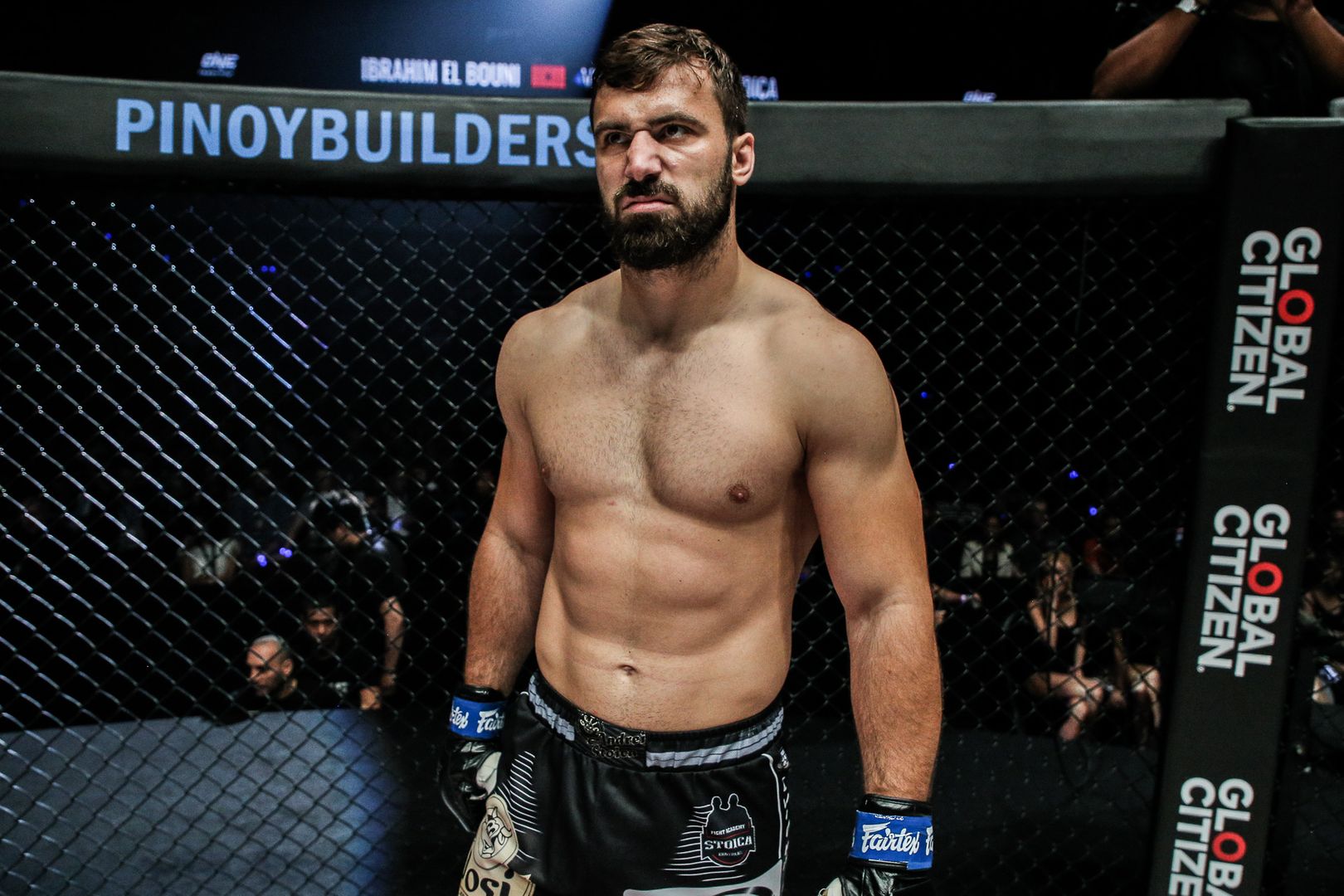 The Romanian and Brazilian bring veteran savvy and elite technique into their colossal battle. Also, both men are coming off victories in their most recent outings – Stoica defeated Ibrahim El Bouni in April and Silva knocked out Beybulat Isaev in September.

Each man will try to make a statement in order to get a crack at ONE Light Heavyweight Kickboxing World Champion Roman Kryklia. 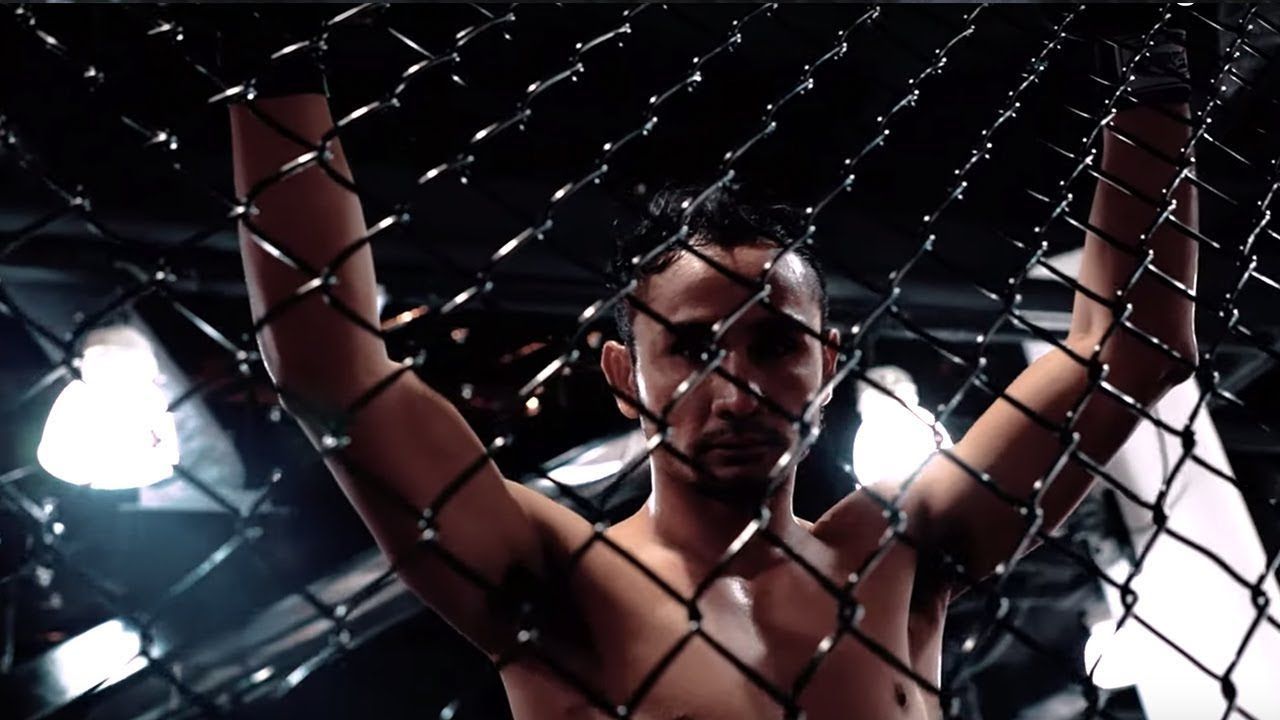 A banner year is coming to a close. Friday is your last chance to take in the pageantry of a signature ONE event.

The large-scale showcases have wowed audiences across the globe and have shown exactly why ONE Championship is The Home Of Martial Arts.

More than 30 World Title contests have taken place in 2019 with elite athletes shining under the bright lights, and you will get two more World Championship bouts to round out the year.

Take this opportunity to join us live for our last blockbuster of the year because the next time you will see us will be in Bangkok, Thailand on 10 January.