One of the world’s greatest Muay Thai athletes that has ever lived will try to conquer the kickboxing world in the main event of ONE: MARK OF GREATNESS.

Next Friday, 6 December, Sam-A Gaiyanghadao will make his first appearance in his new sport at the highest level as he challenges for the inaugural ONE Strawweight Kickboxing World Title against “Golden Boy” Wang Junguang.

The match will feature as the main event in the Axiata Arena in Kuala Lumpur, Malaysia, to cap a historic year in The Home Of Martial Arts.

Though the man from Evolve in Singapore is a veteran of more than 400 professional bouts and he is excited about a new challenge, he admits he is feeling some jitters ahead of his debut under a new ruleset.

“I’ve wanted to fight in kickboxing for a long time now. I want to know what it feels like,” he says.

“I feel the pressure. I’ve got a lot of experience in Muay Thai but now I am coming to kickboxing for the first time, and contesting for a title.

“I’m really excited and nervous but I need to just focus on doing my best. I don’t know the result but I will do my very best and want to thank ONE for the opportunity.”

A new discipline will require a new approach in the Circle, and that will mean breaking habits that he has developed over almost 30 years as a competitor.

“I have to change my style. I need to be more aggressive and throw combos,” he says.

“You can’t stand still like in Muay Thai. In kickboxing, you’ve got to move a lot more. In Muay Thai you stand, block, and think.

“I have to keep reminding myself in training not to elbow!”

One thing that has made him feel more comfortable about facing the Enfusion World Champion from China is the chance to compete in this weight division.

Though the Evolve representative reigned as the first ONE Super Series World Champion in the flyweight division, he believes he is better suited to strawweight, which will bring him closer to the size where he had so much success as a Lumpinee Stadium Muay Thai World Champion.

The 36-year-old demonstrated how dangerous he can be at his new home when he put his fine-tuned striking skills to work at ONE: CENTURY, where he knocked out France’s Daren Rolland.

“Strawweight is my weight class,” he says. “I felt great and a lot more dexterous. I was more relaxed, and definitely felt lighter.”

His ability to move and counter quickly could be key as he aims to take out a man who exploded into the world’s largest martial arts organization at the end of last month.

The “Golden Boy” showed off incredible speed and power to knock out Federico “The Little Big Man” Roma in the first round at ONE: DAWN OF VALOR and extend his winning streak to eight matches.

Wang’s style of throwing hard and fast boxing combinations is completely different from what Sam-A has faced in “the art of eight limbs,” but he is ready for it.

The Buriram native has studied videos of his upcoming opponent’s previous bouts to formulate a game plan that he thinks will make the most of his trademark strikes and take him to victory. 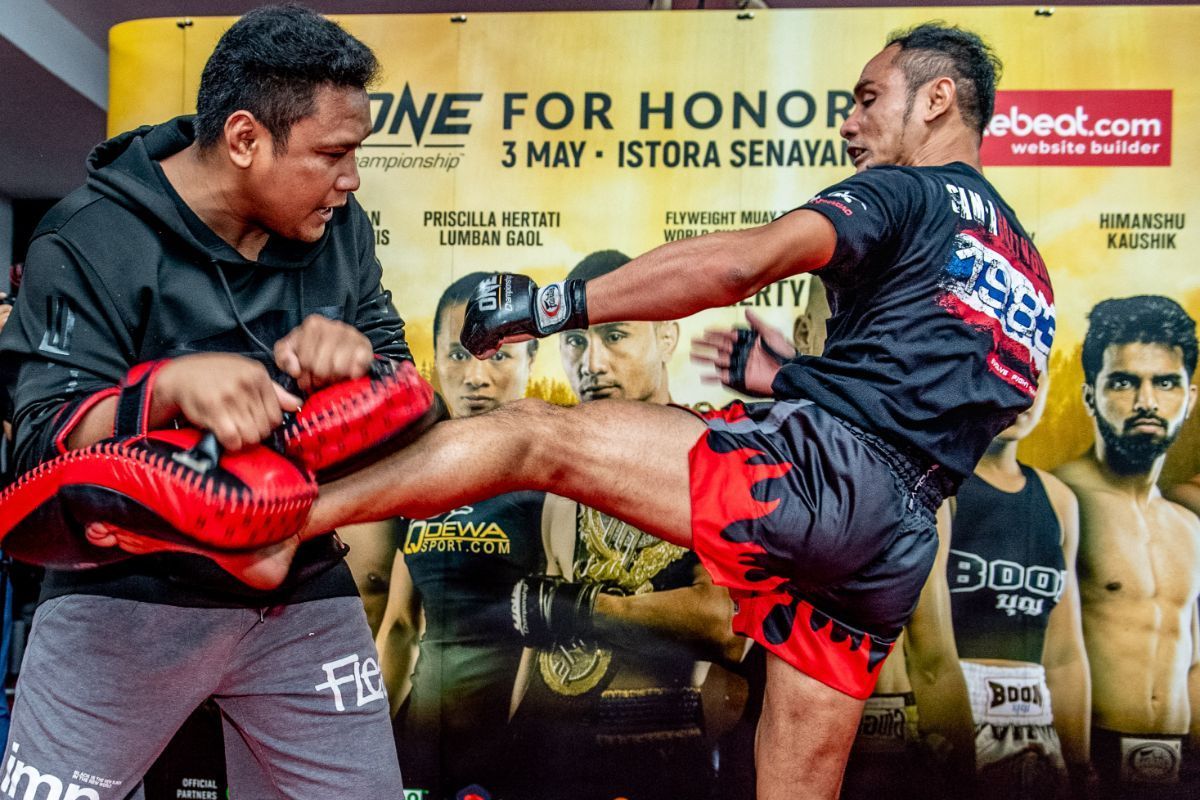 “His punches are strong and fast,” Sam-A says. “He’s going to be really aggressive and strong in the first few rounds, and I’ll need to watch for this.

“I don’t think he has the best defense and he leaves openings. I will try to capitalize on this and use my style to circle around. I don’t want to get in close, and will use my long-range weapons like my kick.

“This means a lot to me, getting an opportunity like this, especially my first time fighting kickboxing. It isn’t something easy to change styles and come into a championship fight, but I want to prove myself!”