“Muay Thai Boy” Zhang Chenglong completed a sensational sweep for China at ONE: LEGENDARY QUEST with a stunning knockout of Tyler Hardcastle.

Zhang electrified the hometown crowd in Shanghai, China as he stopped his Australian rival in their ONE Super Series bantamweight kickboxing match on Saturday, 15 June.

It was a fitting finish for Zhang, who came out to a thunderous ovation from his compatriots at the Baoshan Arena, and he did not disappoint his fans.

After feeling out Hardcastle in the first minute of the match, “Muay Thai Boy” connected with the first significant strike of the contest when he found a home for his straight left hand.

That was the catalyst for the contest to burst into life, as both men let loose with strikes and went toe-to-toe in a wild exchange. 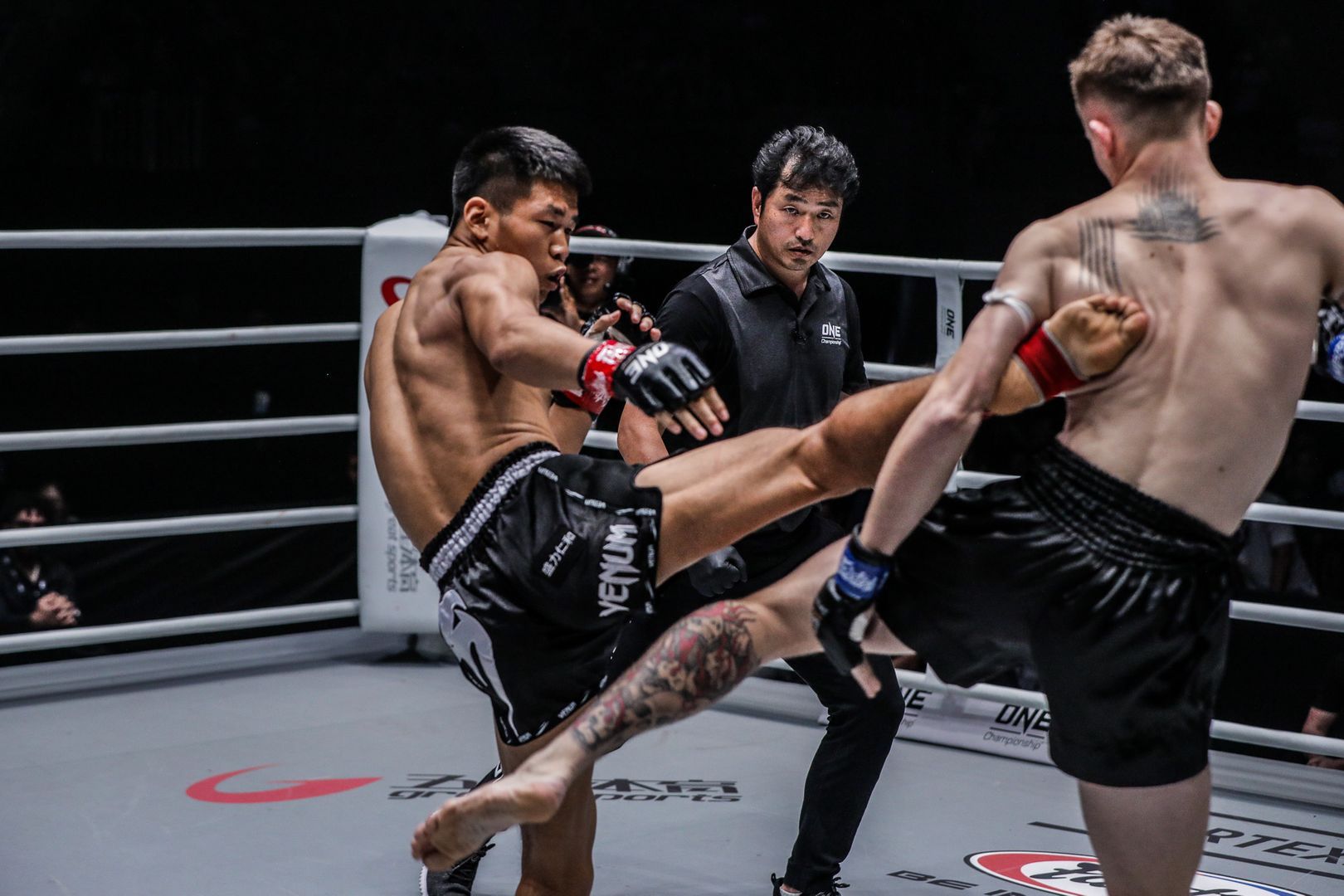 However, the action was over in short order when Zhang sprung forward to connect with a booming right uppercut that sent Hardcastle crashing to the canvas.

The Riddler’s Gym representative was out cold, and the referee did not even need to start his count as he gave Zhang the KO victory with 1:54 on the clock.

The man from Shengli Fight Club in Shenzen took his second victory in little more than a month after his win over Panicos Yusuf at ONE: WARRIORS OF LIGHT. 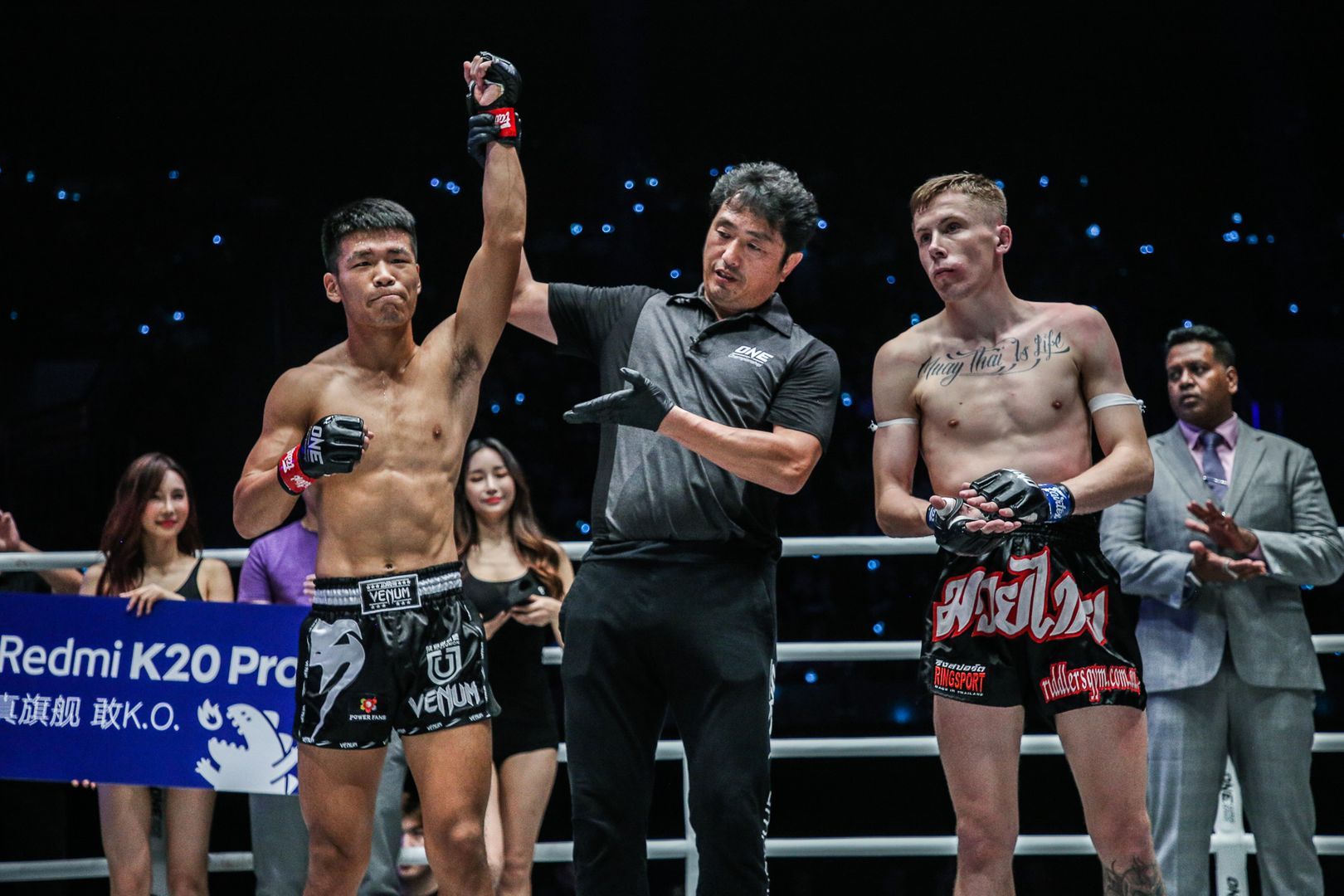 The 21-year-old now boasts an overall record to 48-12-1 and is one of the frontrunners for a World Title shot in The Home Of Martial Arts after a trio wins.

Zhang also made sure the local fans went home happy by becoming the fifth of five Chinese athletes to get their hands raised on the night.