ONE Championship will explode into 2020 this Friday, 10 January, with a massive bout card in Bangkok, Thailand, that is stacked from top to bottom with martial arts World Champions.

In a fitting nod to its host city, 10 of the 11 athletes at ONE: A NEW TOMORROW who have earned World Title gold have done so in Muay Thai, so the home fans will see a selection of the best proponents of their national sport from every part of the globe.

Here is the full rundown of World Champions set for action this coming Friday. 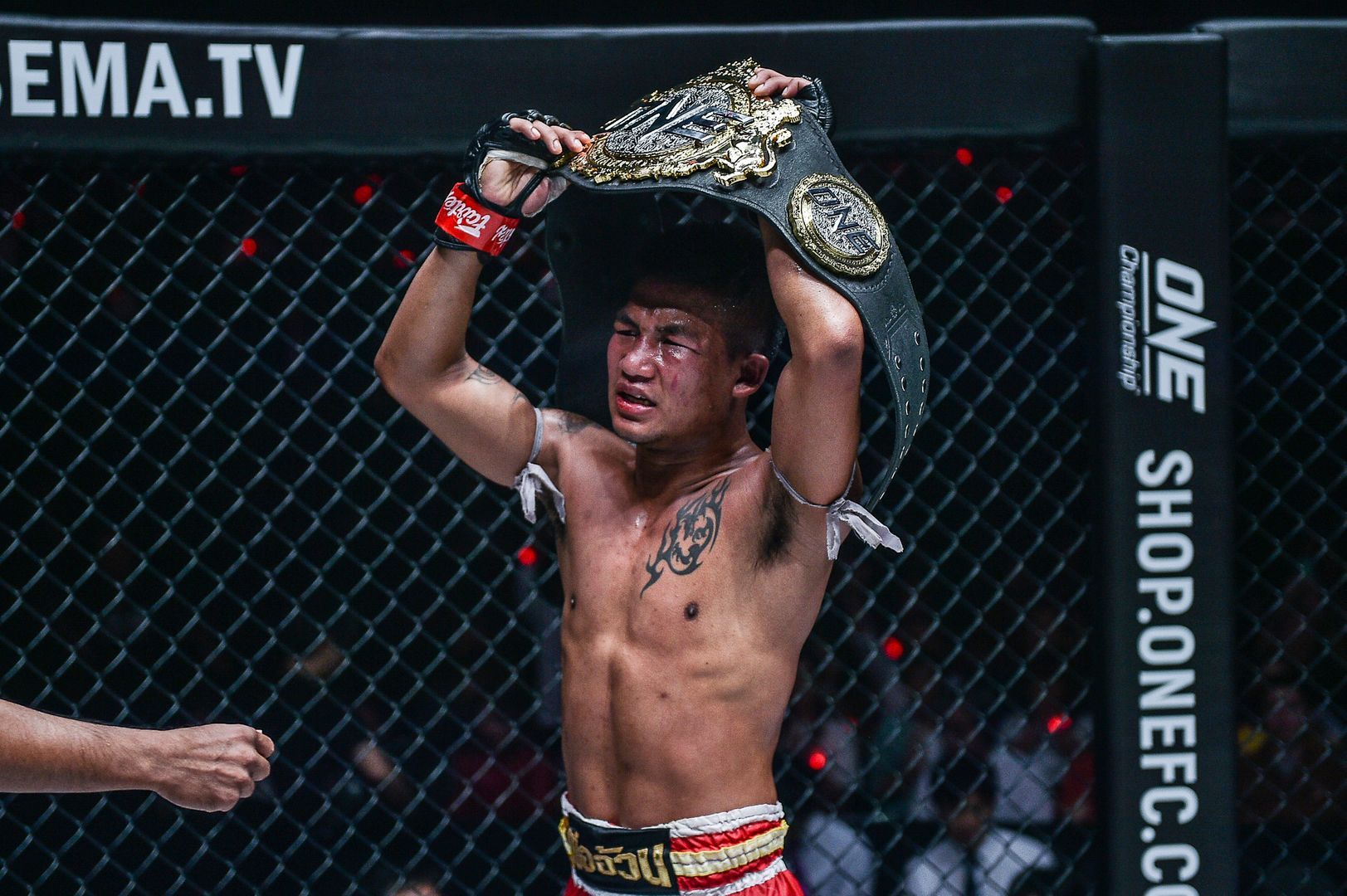 Rodtang “The Iron Man” Jitmuangnon entered The Home Of Martial Arts as a two-time Omnoi Stadium Muay Thai World Champion. The Bangkok resident went on a tear to earn the ONE Flyweight Muay Thai World Title last August, which he defended against Walter Goncalves in October.

His opponent – Jonathan “The General” Haggerty – was also a revered star when he first stepped onto the global stage, as an ISKA and Roar Combat League Muay Thai World Champion.

He also won the ONE Flyweight Muay Thai World Title when he defeated the legendary Sam-A Gaiyanghadao last May, but lost it after an epic battle against Rodtang in August.

The pair will duke it out for the belt in a rematch in “The Iron Man’s” adopted hometown in the headline attraction. 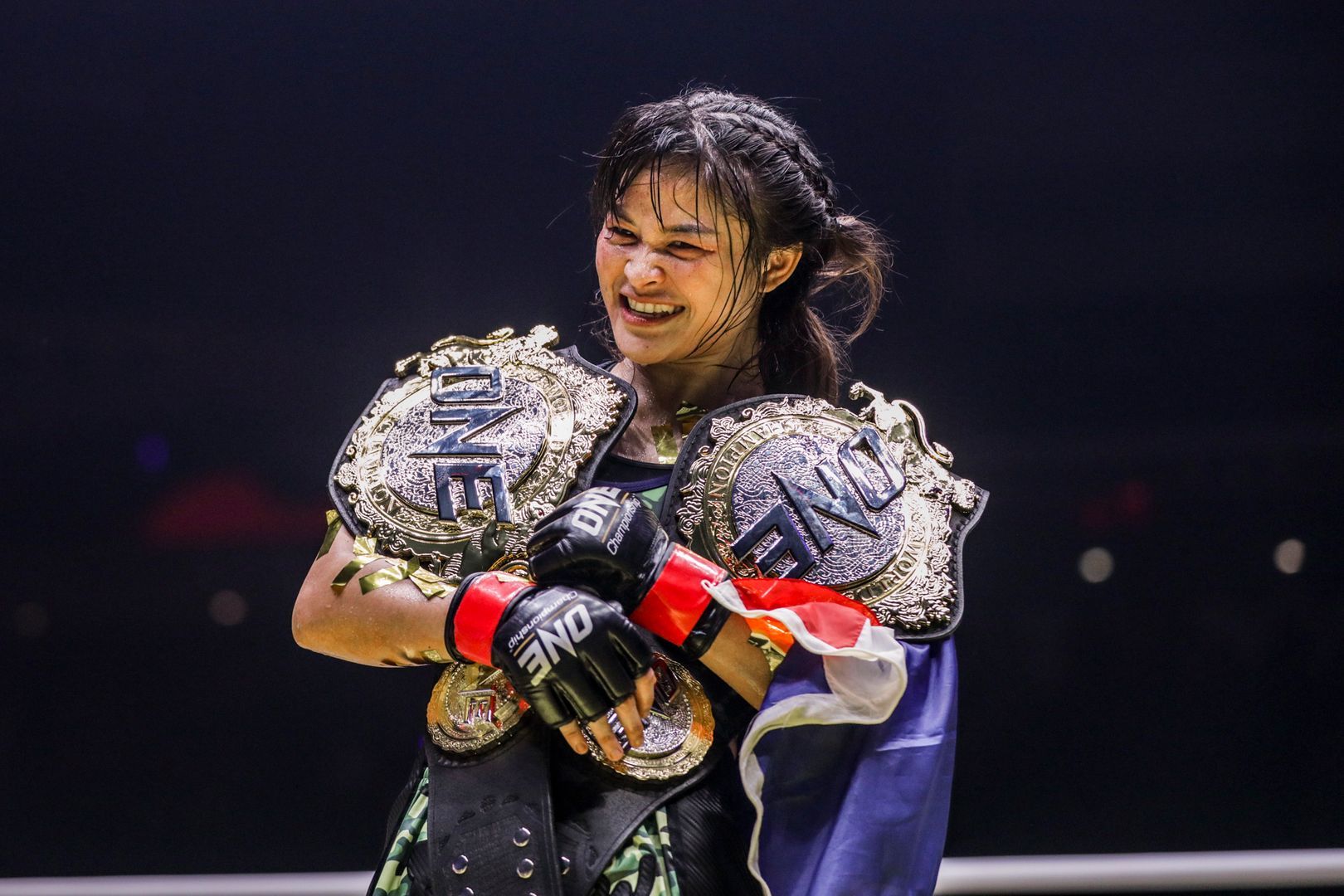 Co-main event star Stamp Fairtex became the first-ever two-sport ONE World Champion when she defeated “Killer Bee” Chuang Kai Ting for the ONE Atomweight Kickboxing World Title, and then overcame a tough challenge from Janet “JT” Todd to claim the Muay Thai gold in the same division.

She defended her ONE Atomweight Muay Thai World Championship against Alma Juniku in June, but has since focused her attention on acquiring a third belt in mixed martial arts. She continues that quest against Puja “The Cyclone” Tomar on Friday.

Before that exciting women’s battle, one of the hottest and most decorated properties in “the art of eight limbs” will make his return to the Circle.

“The Million Dollar Baby” Sangmanee Sathian MuayThai has seven World Championships to his name, including one from Lumpinee Stadium, and three from different divisions at Rajadamnern Stadium. He will square off against Japan’s Kenta Yamada in the bantamweight division.

The main card will begin with one of the most decorated non-Thai athletes in his sport’s history. Liam “Hitman” Harrison is the owner of an incredible eight World Championships, including the WBC, WMC, and WPMF belts. He will face Malaysia’s “Jordan Boy” Mohammed Bin Mahmoud in a bantamweight contest. The depth of talent at ONE: A NEW TOMORROW is shown by the caliber of athletes involved at the start of the evening.

“Elbow Zombie” Muangthai PK. Saenchaimuaythaigym is known as one of the most exciting and aggressive nak muay in Thailand. As well as his Lumpinee Stadium and Channel 7 Stadium Muay Thai World titles, he has also been named as the Lumpinee Stadium Fighter of the Year, and Sport Authority of Thailand Fighter of the Year during a career that has seen him win 199 bouts.

He will go for victory number 200 against Brice “The Truck” Delval, who may not be as experienced, but is a S-1 Muay Thai World Champion, and showed his ability by running Nong-O Gaiyanghadao closer than anyone else in a ONE Bantamweight Muay Thai World Title challenge last year.

French-Algerian phenom Adam Noi has won two IFMA Muay Thai World Championships, and he will square off against former 2010 Lumpinee Stadium Fighter of the Year, Victor “Leo” Pinto in a kickboxing contest.