Rodtang “The Iron Man” Jitmuangnon and Jonathan “The General” Haggerty did engage in another contender for bout of the year, but only because Rodtang performed at the peak of his powers to score a brilliant TKO.

At ONE: A NEW TOMORROW on Friday, 10 January, the ONE Flyweight Muay Thai World Champion stopped his rival with a barrage of body blows in the third round.

The Thai superstar looked unstoppable as he put Haggerty on the canvas four times. Unlike their first meeting last August, Rodtang got into a groove immediately and scored the first knockdown inside a minute.

“I just went for it in this fight. I just had to go for it, for Thailand. I was defending a Muay Thai title in my home,” he adds.

“There was a feeling-out process in the last fight. I wanted to trade, so our last fight didn’t sit well with me. This is my home, so I went all out in the first round.”

The body blows that put the Englishman down might have finished most athletes right there, but Haggerty proved his heart and toughness by beating the referee’s count.

He went on to survive the round, but it was not too much longer before he was on the deck again after Rodtang kept the pressure on and eventually landed another decisive strike.

“I knew I was ahead on the scorecards, but I didn’t want to get ahead of myself. There were still four rounds to go, so I didn’t think much of it,” the Thai athlete explains.

“In the second round, I actually felt him out a little bit in the beginning before turning it up a gear. In round three, I let loose. I wasn’t afraid to trade. I didn’t want to give him a chance to catch his breath.

“My goal was to knock him out in the third, so I dug deep and made it happen. After I knocked him down for the first time in the third, I knew I could finish him and just went for it.”

Two more knockdowns followed quickly as Rodtang pounced and landed more power punches to force an automatic TKO. Though he was aggressive, he stayed composed to pick his shots and land on the perfect spots.

Surprisingly, the 22-year-old reveals his demeanor in the ring was far different compared to how it had been just a few minutes before when he felt the pressure of defending his gold in Thailand against a foreign opponent.

“Before the fight, I was pacing around a lot, and kept going to the bathroom,” he admits.

The match was also a significant one for “The Iron Man” because his father came to watch it.

Though his parents have supported him throughout his career, it is rare for them to see him compete, so it was a special thing to have one of his biggest fans in the Impact Arena.

“My dad came to see me, along with a lot of people from my family. There were so many people there to cheer me on. I even had fans from Malaysia who came out to see me.

“[My dad] didn’t say much after the fight, he’s not one for many words, but I could tell he was proud of me. It made me really happy to make him proud.”

It was also the first time he shared the bill with his girlfriend, Stamp Fairtex, and that was nothing but a positive experience.

“Fighting on the same card as Stamp was fun,” he adds.

“It is important for people to see that even though we are in a relationship we are still as focused as ever.”

Once he left the Impact Arena, Rodtang says he had little time to celebrate because he wants to start training again soon to prepare for a new challenge. If he gets his wish, one of those could be a match in a new discipline so he can match his girlfriend by becoming a two-sport ONE World Champion. 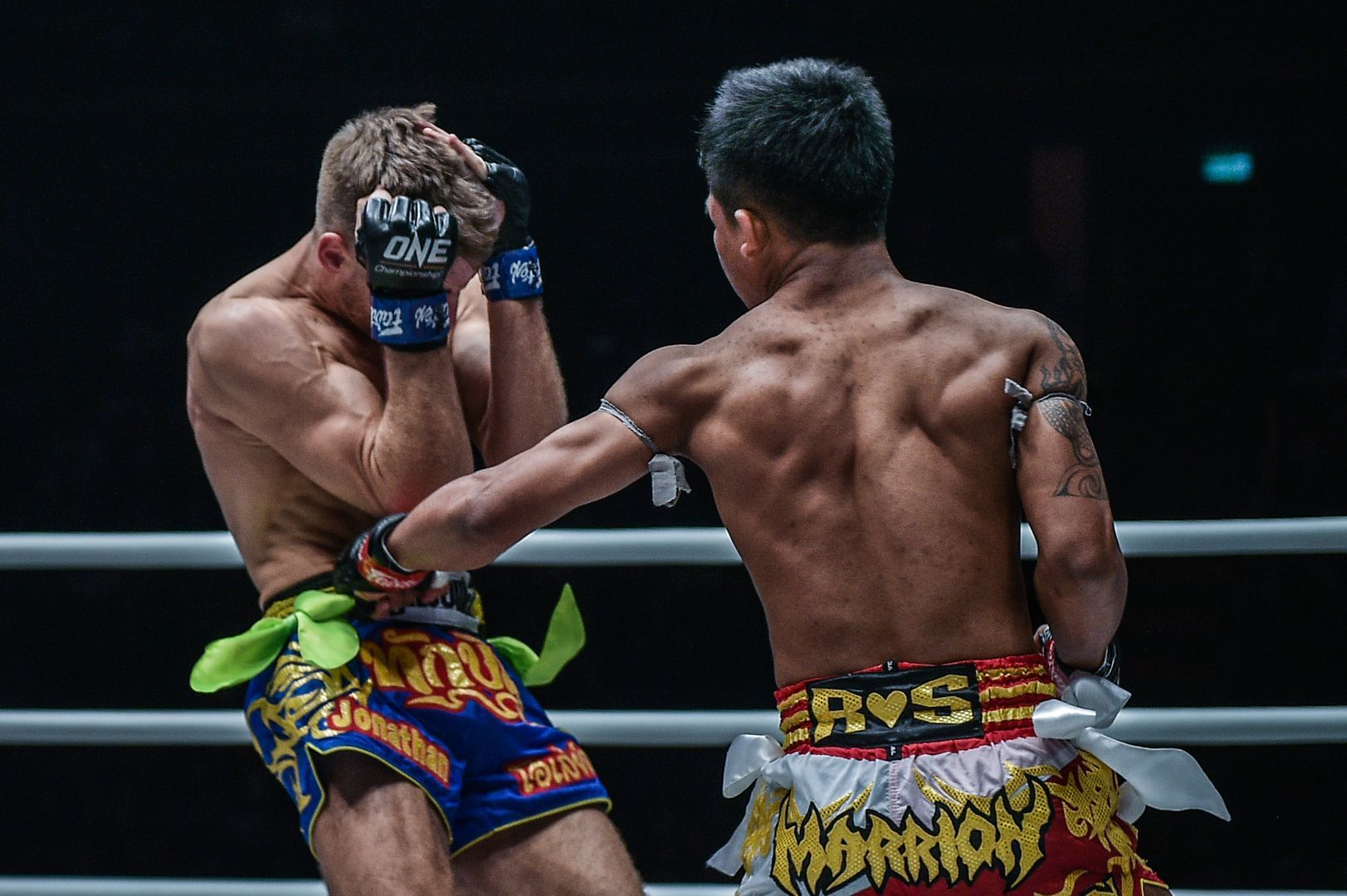 Rodtang has kickboxing experience, and he is determined to defeat his division’s top dog for the ONE Flyweight Kickboxing World Title.

“I want to fight Ilias Ennahachi for the kickboxing title,” he reveals.

“I’m confident in my abilities and it is my dream to become a World Champion in kickboxing too.”