Stamp Fairtex is ONE Super Series’ first-ever two-sport World Champion and a martial arts superstar, but she is also a young girl in love.

The 22-year-old is dating ONE Flyweight Muay Thai World Champion, Rodtang “The Iron Man” Jitmuangnon, and the pair will share the bill for the first time in the main event bouts of ONE: A NEW TOMORROW.

It has not always been easy for ONE Championship’s power couple to make their relationship work alongside their demands in training to prepare for their assignments next Friday, 10 January in Bangkok, but the Thai stars are committed to making it work.

Wanna be with you only two times now and forever ♥️♥️♥️

Their romance began when Rodtang made the first move and messaged Stamp on Facebook, but although she responded and exchanged some messages, she admits she was not really that into him.

With Stamp at the Fairtex gym in Pattaya, and Rodtang at Jitmuangnon gym just north of Bangkok, they never met and got to know each other, but fate brought them together last March at ONE: A NEW ERA.

“He had a fight in Japan, and I was invited to go. That was the first time we actually met,” she explains.

“We met for the first time in front of an elevator, but we were both in a hurry and didn’t have time to talk.

“I went to watch him fight, and then we finally got to talk after his match. We were sitting under the sakura tree, and it was the time of year that the flowers were in bloom.”

Following their romantic meeting in Tokyo, they started dating, but Stamp was reluctant to let things get too serious.

Though they had a lot in common through their careers, she says she took her time to figure out whether they were compatible and “The Iron Man” was a gentleman.

“But after we started talking, I realized how mature he is. He is also someone who is humble towards adults, and seeks their advice. I thought, if he understands this, then he’s okay.

“He really made an effort to get to know me, and my family too. He was a perfect gentleman. It was only a matter of time before I decided to be in a relationship with him.”

The pair live in neighboring provinces – approximately a two-hour drive away – so it is not easy to see each other regularly and maintain their twice-daily training regimes, six days a week, without a big commitment.

However, Rodtang is determined to drive out to see his girlfriend, but only when she lets him. The 22-year-old is keen to make sure his bout preparations do not suffer in any way because of all that time on the road.

“He would drive to see me after morning training, take me out to eat and then go back for afternoon training,” Stamp reveals.

“All the back and forth was too much, so I told him to only come once or twice a week. He was so tired that I knew he didn’t have the time to be unfaithful!”

As each half of the couple known to their fans as “RodStamp” is on different competition schedules, competing in different countries across Asia as World Champions, they are often apart, but they still make time for each other.

“I have all day for him. He calls me all day long,” Stamp adds.

“My phone is busy all the time because he’s always calling me! When he is free and doesn’t have training, he’ll drive to come to see me. He’ll wait for me at the gym to finish training and take me to go and eat.”

Ahead of her next mixed martial arts bout against Puja “The Cyclone” Tomar, however, they will finally compete on the same card. Once Rodtang has faced Jonathan “The General” Haggerty in the headline bout, they will finally have downtime to share.

However, right now, they are both hard at work, but their efforts in the gym are made easier because of their mutual support.

While they might still have to remain apart for now, their hearts are as one. The way they encourage each other from afar has seen the pair excel to new heights, and they hope that will continue at ONE: A NEW TOMORROW.

“We talk together nicely and encourage each other because we are both tired,” Stamp says.

“Even tired, he still drives to see me. We help each other with everything.”

Read more: Jonathan Haggerty Has A Few Surprises In Store For Rodtang 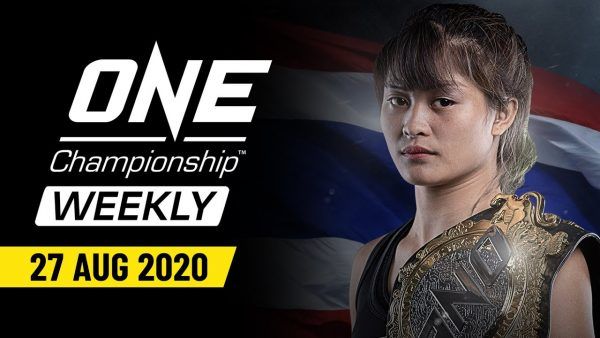