Two-sport ONE World Champion Stamp Fairtex retained her ONE Atomweight Muay Thai World Title at ONE: LEGENDARY QUEST, but the first defense of her belt was far from easy.

The 21-year-old from Pattaya, Thailand had to battle hard to get her hand raised after she was pushed onto the back foot for long spells against Alma Juniku on Saturday, 15 June.

Though she was tested over five hard rounds by the Australian teenage star, Stamp summoned up the grit and determination of a true World Champion to prevail at the Baoshan Arena in Shanghai, China.

The opening round started in cagey fashion, but Juniku soon began to establish her jab, while Stamp looked to connect with close-range shots and leg kicks.

The defending World Champion then connected with a beautiful one-two-kick combination as she settled into her rhythm. However, when Juniku caught a front kick and swept the Thai superstar to the mat, it showed that the 18-year-old was not going to be beaten easily.

Stamp continued to have the upper hand early in the second frame, but a second sweep to the canvas by the challenger seemed to boost her confidence, and she ended the round strong by pushing her rival back and finding a home for her strikes. 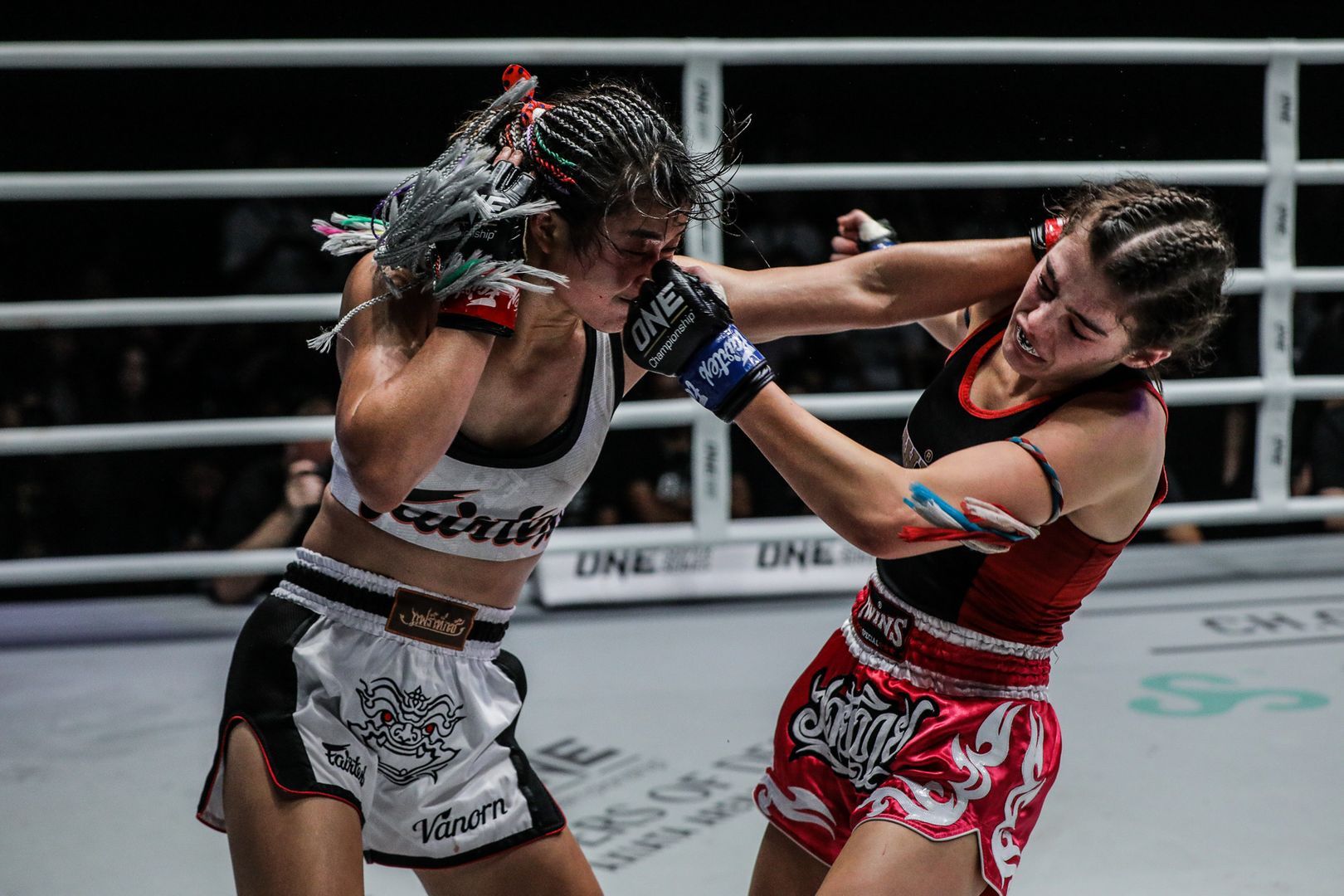 The WBC and IPCC Muay Thai World Champion had her best round of the contest in the third, as she upped her intensity, pushed Stamp back again, and connected consistently with clean, straight punches.

Juniku had significant success with her jab in the middle period as she began to dominate the center of the ring and push her opponent toward the ropes.

Stamp connected with some clean shots midway through the round that brought gasps from the crowd, but it was Juniku whose composure and consistency of output appeared to hold sway as the bout headed into the championship rounds. 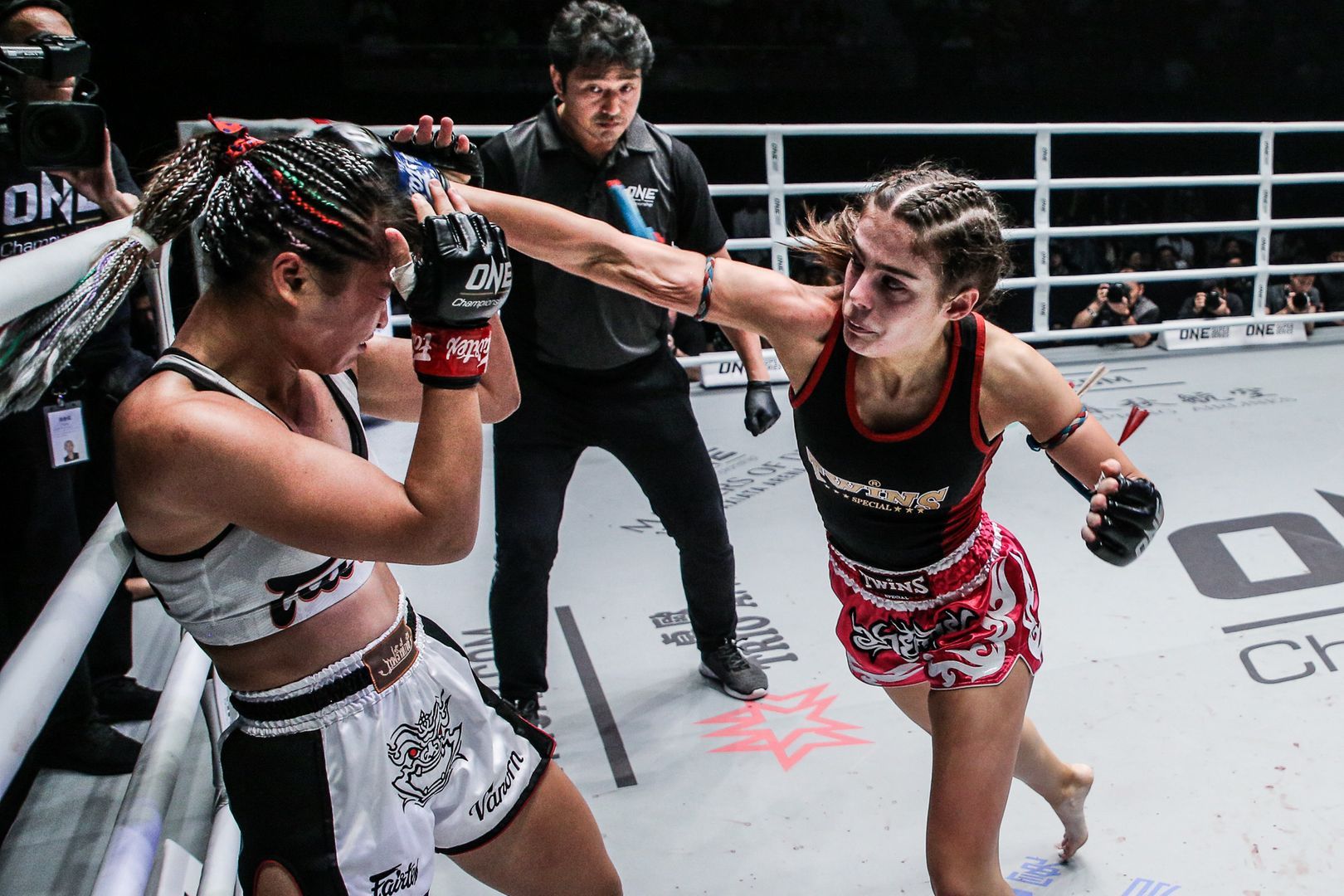 The Australian continued to push forward and began to load up on her strikes, including a spinning back elbow that connected in the closing moments of the round. Stamp seemed content to counter off the ropes, but was unable to explode into combinations as she has done previously on the global stage for martial arts.

Juniku’s relentless pace seemed to be having an effect on the Fairtex Training Center representative, who returned to her corner looking exhausted, but she roared back to life when she came out to resume the action.

In the fifth and final round, Stamp loaded up on her strikes and connected with a pair of punishing kicks to the body. Despite her aggression, she was unable to prevent the relentless forward pressure of the Australian, who still appeared to be getting stronger. 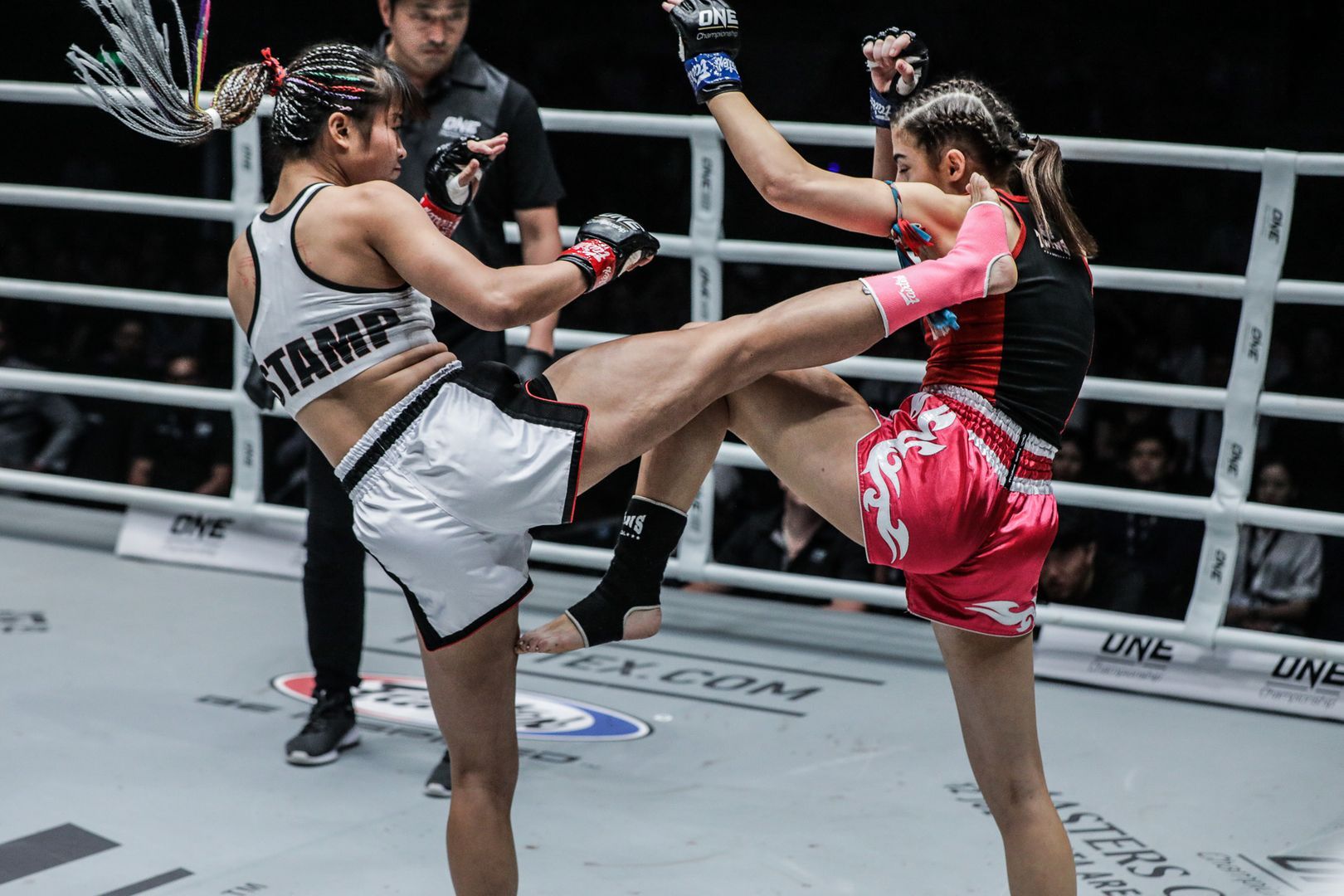 With the contest in the balance, Stamp went toe-to-toe with her challenger and connected with solid punches and kicks to the body – though Juniku also scored as the bout went all the way to the final bell.

An exceptionally tight contest between the two young stars was decided by the judges, who were all in agreement as they rendered a unanimous decision victory in favor of Stamp.

It meant the Thai hero successfully defended her ONE Muay Thai World Title for the very first time and improved her professional record to 63-15-5. The future looks bright, too, for Juniku, who produced an excellent performance in the biggest bout of her career.