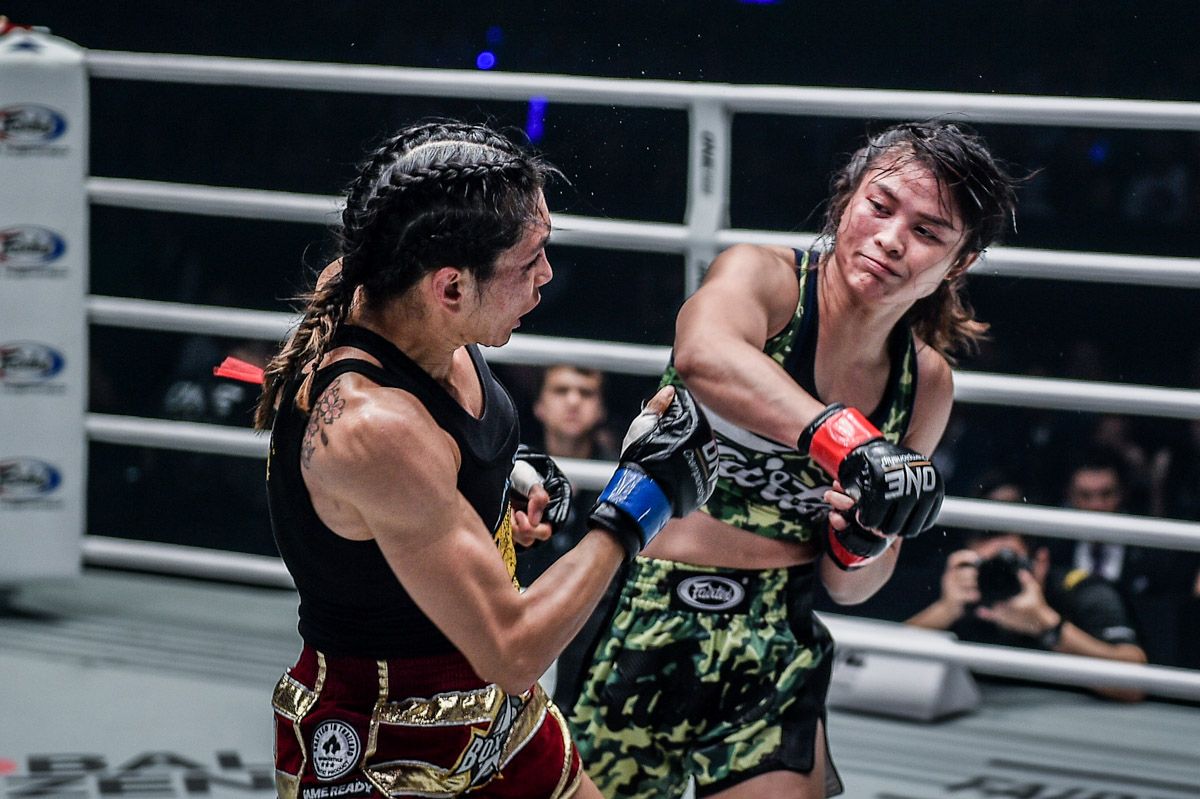 Thailand’s Stamp Fairtex wrote her name into the ONE Championship history books on Friday, 22 February.

By claiming the vacant belt, she became the first two-sport ONE World Champion in the promotion’s history and has positioned herself as the greatest female atomweight striker on the planet.

The Thai superstar had a strong start to the five-round battle at the Singapore Indoor Stadium.

Todd looked to bring the action to her adversary, but Stamp’s straight counter punches found a home on the American’s face all throughout the opening stanza.

“JT” was not deterred, however. She looked to establish her strikes, both with hands and feet, at the beginning of the second frame, but her 21-year-old rival countered by stepping inside, initiating the clinch, and connecting with knees.

As she settled more and more into the contest, the Fairtex representative started to find a regular home for her right hand, which left Todd with swelling over her eyes.

Stamp’s performance in the early rounds was reminiscent of her display against former ONE Atomweight Kickboxing World Champion “Killer Bee” Kai Ting Chuang from October 2018, but Todd proved to be much stronger than the Thai’s previous opponent. 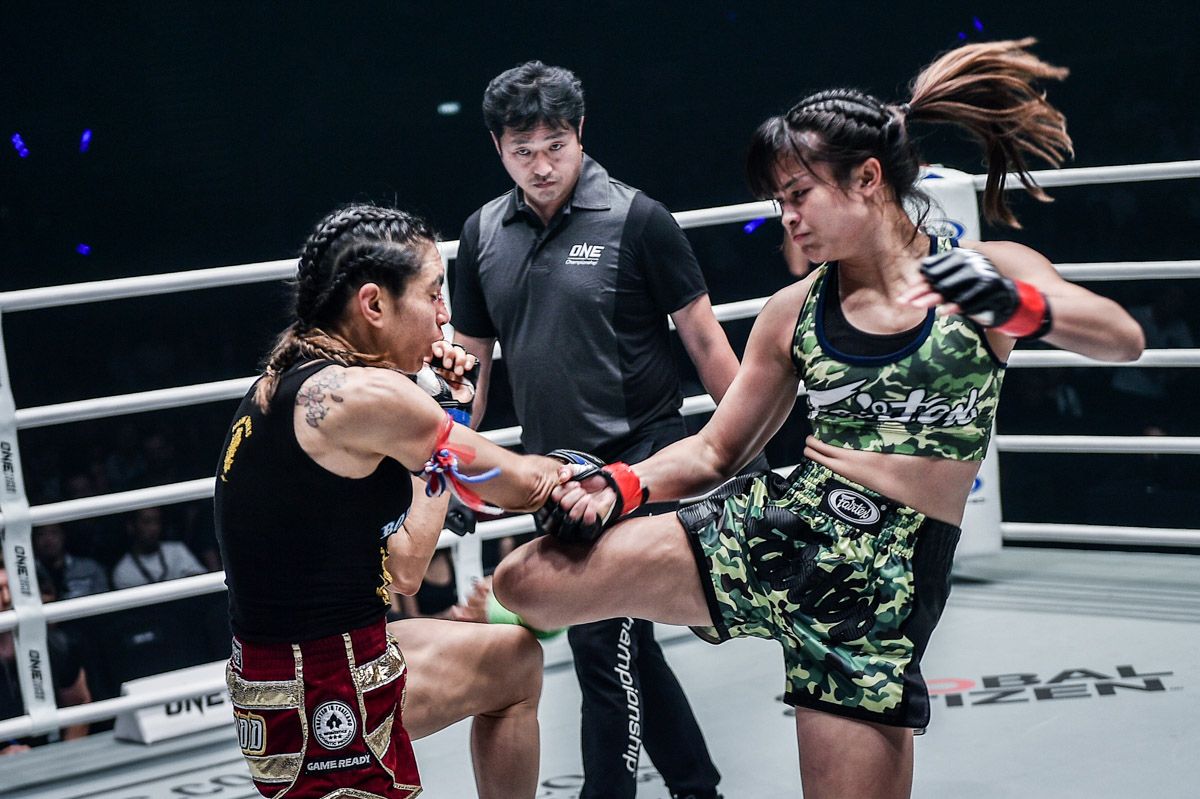 The 33-year-old American kept moving forward and engaging with her adversary in the third round.

Despite Todd’s competitiveness, Stamp continued to hold the upper hand — particularly at close range. She also dumped “JT” to the canvas, and hammered her with a jab-cross to end the frame.

Todd attempted to fight fire with fire in the fourth round, and she found success with her leg kicks. She even scored with a well-executed sweep of her own, which briefly put the Thai on the canvas.

It showed that the American was still a factor in the contest, but Stamp continued to land her powerful right hand as the bout went into the fifth and final round.

Possibly aware she was behind on the scorecards, “JT” upped the pace and had her best period of the match. She landed repeatedly with her left jab and followed up with well-placed right hands as she started to take advantage of her tiring opponent. 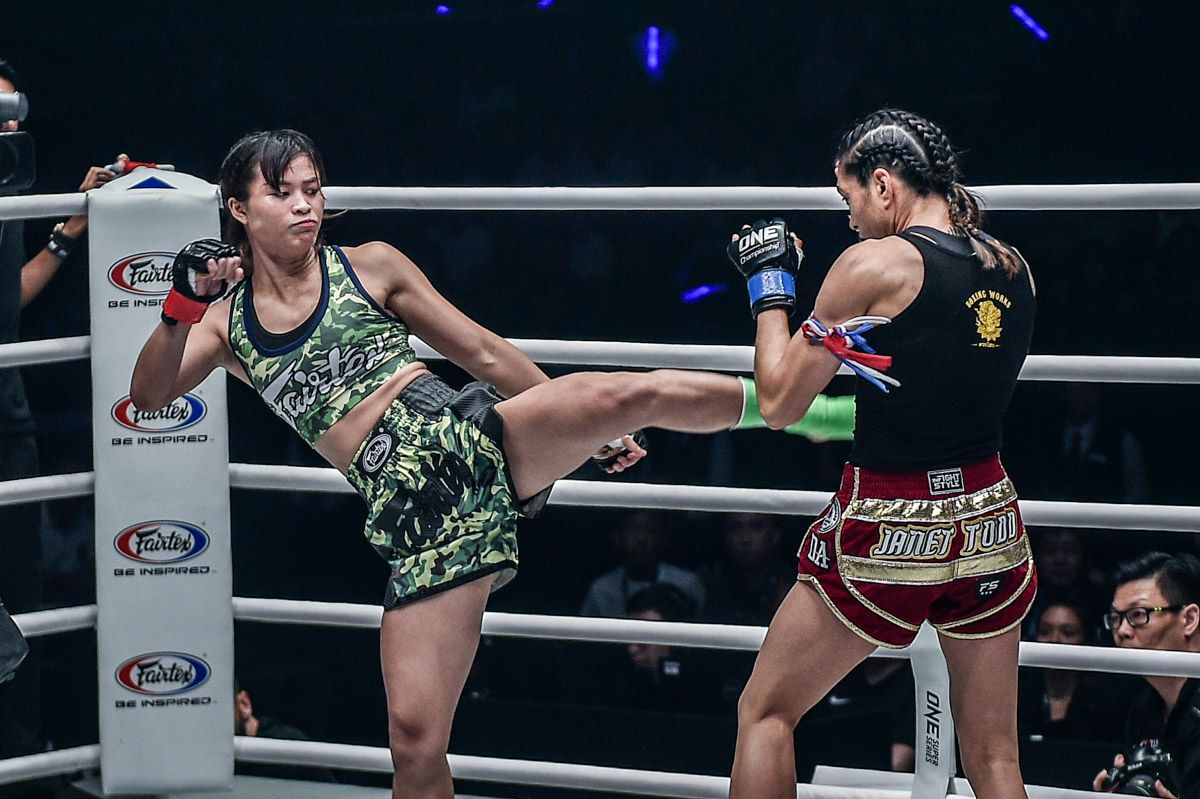 The pair battled all the way to the scorecards, but the three ringside judges were in no doubt about the identity of the winner. They awarded Stamp the unanimous decision, as well as the inaugural ONE Atomweight Muay Thai World Championship.

In victory, Stamp improved her record to 62-15-5, and she has also assumed her place in history as the promotion’s first two-sport ONE World Champion.