Thanh Le’s third consecutive highlight-reel finish might just have put him into pole position to challenge for the ONE Featherweight World Championship.

At ONE: A NEW TOMORROW on Friday, 10 January, the Vietnamese-American athlete knocked out Ryogo “Kaitai” Takahashi in the first round to move to a perfect 3-0 in ONE championship and maintain his 100-percent career finishing rate.

After the contest, Le said he was in no rush to challenge Martin “The Situ-Asian” Nguyen for the belt, but now that he has had a few days to reflect on his performance in Bangkok, Thailand, he has changed his tune.

“The more and more I think about it, yeah, it’s next,” said the Louisianan.

“If I have to compete a couple more times before the title, I’m 100-percent okay with it.

“Do I think I made enough of a statement against top competitors, previous World Champions, and top contenders in order to earn my title shot and be above everybody else in the division? Yes.”

The 34-year-old looked as relaxed as he has done in his previous two appearances on the global stage – something he credits to the hospitality of the Bangkok crowd that made him feel like he was competing at home.

That was essential after an opening few moments that saw “Kaitai” give Le a few things to think about in the striking exchanges.

“[Takahashi] was a little more patient than I expected,” says the 50/50 and MidCity MMA product.

“When I started to show a little pressure or a little forward motion, he’d give up some ground to try and counter or to walk me into some of his shorthand shots.

“It was a little different and required a bit of adjustment. We were able to draw him in and get his offense to come in the way we thought it would come out. It ended up working out well.”

Le ended up initiating the finishing sequence immediately after Takahashi had caught a kick and threatened to take him down.

He landed a right hand that stunned the Japanese athlete, and then followed up with a flurry that saw him land several more clean shots to the chin and force the referee to jump in with  2:51 on the clock.

Whether Le will now be plugged into a bout against Nguyen for the top prize in martial arts or not, he says that he will begin concentrating a lot of effort on analyzing the Vietnamese-Australian’s skill set. 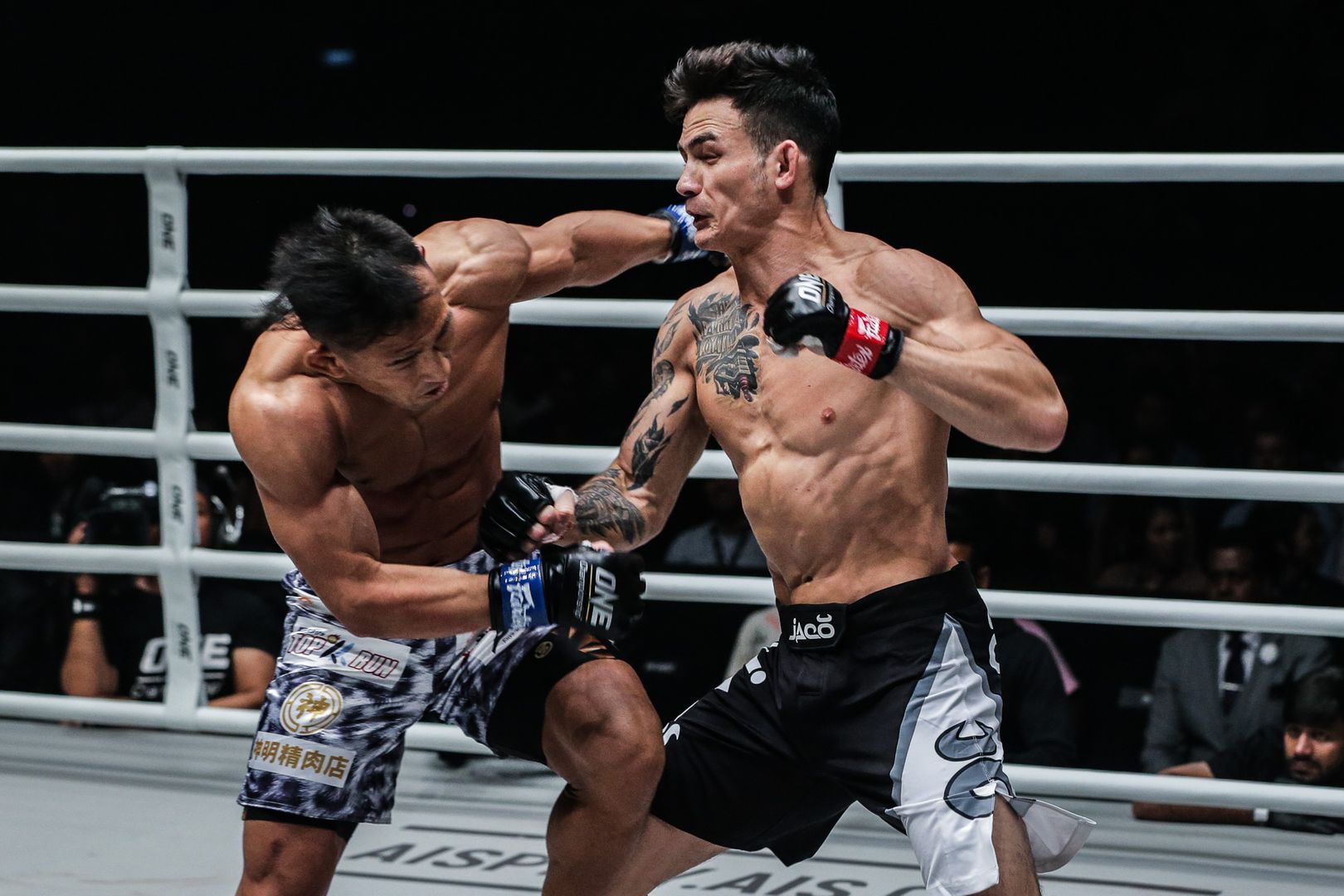 However, that will not be much of a change from what he has done outside his training camps since he debuted in The Home Of Martial Arts in May.

“I started watching film on [Nguyen] ever since I jumped into ONE, but there will be a lot more to come,” he says.

Even with a renewed look at the current titleholder, Le plans to continue to put most of his focus on what has kept his ONE record perfect.

“The reason I’ve done well recently is because I’m going with the flow and focusing on me and how to become the best fighter in the world,” he adds.

“A title shot doesn’t tell me whether I’m the best or not. I know in my heart where I’m at as far as skill level and experience. When it comes, it comes. When it does, I’ll be very excited and very ready.

Read more: Top 5 Highlights From ONE: A NEW TOMORROW