The seven-time Muay Thai World Champion lived up to his reputation for martial arts excellence with a superb display against Japan’s Kenta Yamada at ONE: A NEW TOMORROW in his hometown of Bangkok, Thailand.

Sangmanee took charge of the bantamweight contest from the first minute, and it never looked like he would surrender his lead as he overwhelmed his rival with a varied attack on his way to a unanimous decision from the judges.

“Right away, I felt like I was landing a lot. I followed my plan to kick, and punch,” he says.

“I knew that I had won the first round, but there were two rounds left and I never underestimate my opponents.

“I knew I won after the second round because there was only one round left and I knew he couldn’t finish me. I went out hard in the third round. I put 100 percent behind everything I threw, but couldn’t knock him down.”

Left kicks to the head and body, in particular, caused visible damage to Yamada and shook him throughout the match.

However, the man from Tokyo had already shown how durable he is in his first few appearances in The Home Of Martial Arts, and he earned Sangmanee’s respect by absorbing many of his best shots.

“There were a few times in the fight that I really thought I had him, but he never gave up. I really admire his heart,” he says.

“I definitely winded him with my kicks. My opponent was so tough, I admire his heart. Most people would have given up, but not him.”

Though he did not get the finish, Sangmanee still looked sensational in one of the most impressive performances of the night in the Impact Arena, which built on his success in his debut last November.

The 22-year-old admitted he was a little nervous when he made his debut on the global stage against Azize “The Magician” Hlali, but he felt more comfortable in the world’s largest martial arts organization this time.

The task of fighting on this platform at home, however, did play on his mind, but it was difficult to tell once “The Million Dollar Baby” stepped over the ropes and started to do his thing with the backing of thousands of Thai fans. 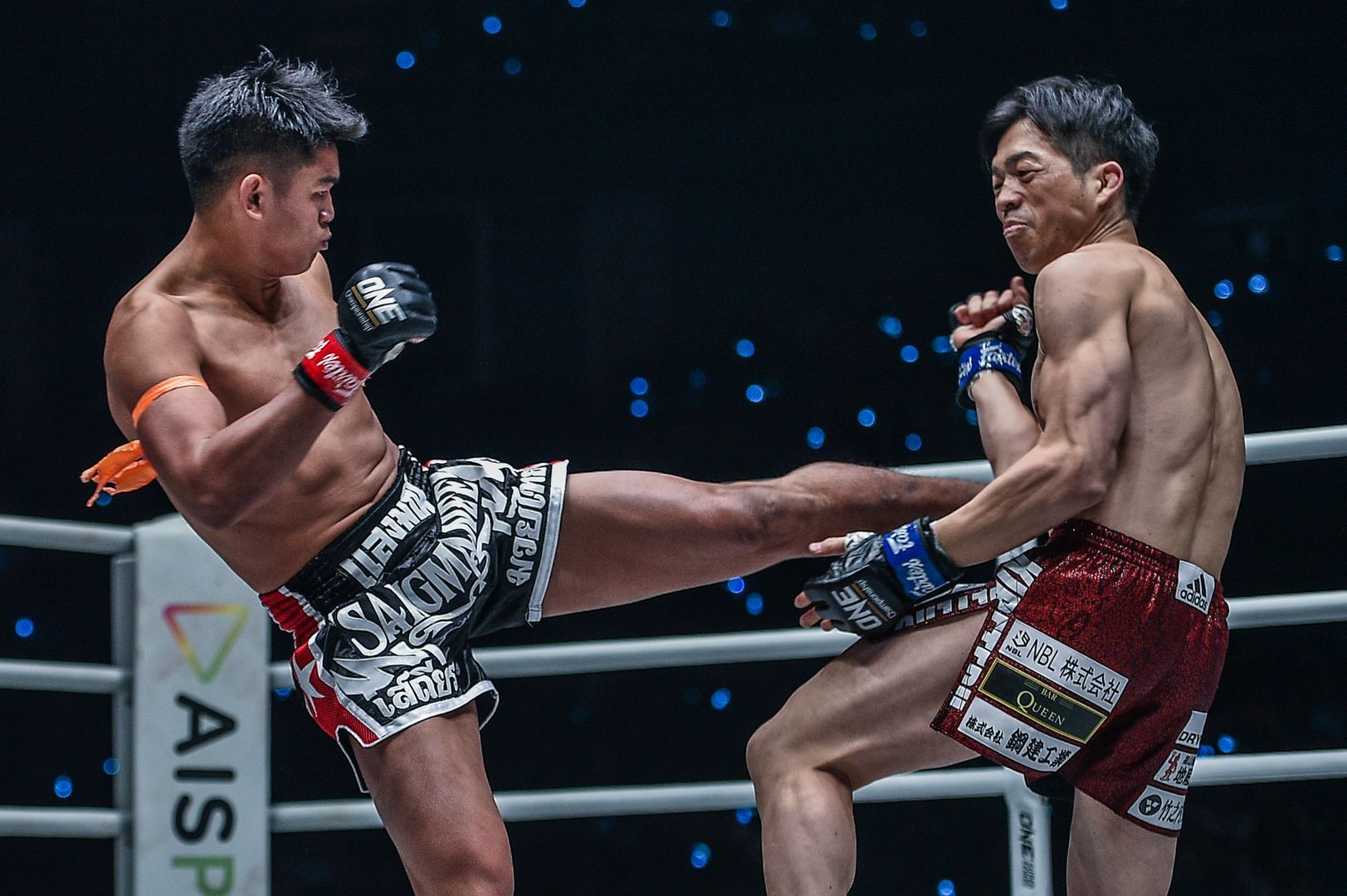 “I’m proud of my performance and my win. I think I improved a lot in this fight, too,” Sangmanee says.

“I was really nervous to fight in Bangkok, but I had so many people there to support me. I felt the pressure because I didn’t want to lose in Thailand, but I just focused on doing my best. The crowd was amazing.

“In all sports, there are wins and losses, but for this fight, fighting at home, I really wanted to win.”

Despite the improvements Sangmanee believes he made, the Mancha Khiri native says he can be even better the next time he is booked to compete.

If he is, it will be hard not to imagine he will take a big stride toward the top of his division, which is currently ruled by Muay Thai legend Nong-O Gaiyanghadao.

“Everyone wants to be a World Champion with ONE Championship, and I am no different, but I think it is better to first focus on each fight, and go from there,” he adds.

“Every fight I will bring my best, to fight against the best. No matter who I face, I never underestimate my opponents. That is very important.”