The man affectionately known as “The Boxing Computer” has claimed many World Titles throughout his Muay Thai career, but he is extra motivated to win the richest prize in the sport on Friday, 31 July.

On that night in Bangkok, Thailand, Yodsanklai is scheduled to challenge reigning ONE Featherweight Muay Thai World Champion Petchmorakot Petchyindee Academy for the gold in the co-main event of ONE: NO SURRENDER.

“My goal in ONE Championship is to be the ONE World Champion once in my life,” the 34-year-old Pattaya resident states.

“It’s been two years since I have joined ONE Championship, so I want to be the ONE World Champion. That’s my goal.”

In May 2018, Yodsanklai made his highly-anticipated ONE Super Series debut and battered Chris “The African Warrior” Ngimbi en route to a unanimous decision victory.

Then, he created a pair of sensational highlight-reel moments.

First, he tore apart Australia’s Luis “Soot Raaeng Geert” Regis in December 2018, knocking him out with a rapid-fire triple-uppercut combination in 128 seconds.

After that, the Thai legend used his powerful punches to finish Dutch kickboxing superstar Andy “Souwer Power” Souwer via second-round TKO in their rematch back in March 2019.

Those two remarkable showings opened up the door to his first ONE World Title opportunity. 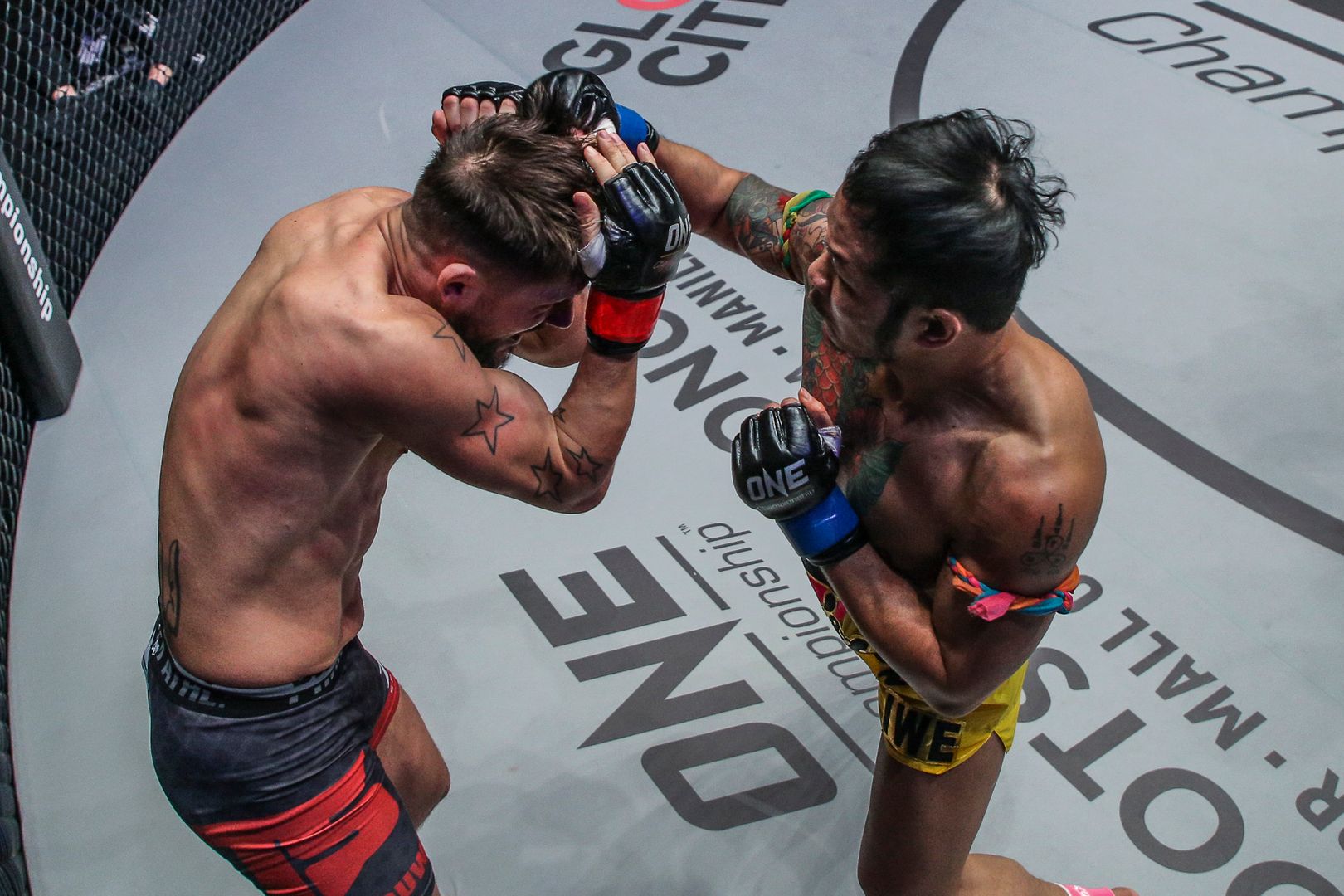 Meanwhile, Petchmorakot has created a plethora of his own highlight-reel moments in ONE Championship, having knocked out British strikers Liam “Hitman” Harrison with a cross elbow in December 2017 and Charlie “Boy” Peters with a knee to the body in November 2019.

But the Petchyindee Academy standout’s crowning achievement happened this past February when he decimated compatriot Pongsiri PK.Saenchaimuaythaigym to claim the inaugural ONE Featherweight Muay Thai World Championship.

“The Boxing Computer” has paid quite a bit of attention to his countryman’s recent efforts. He knows he’ll be entering this five-round contest at a 9-centimeter disadvantage and will need to keep an eye out for his rival’s long limbs – including his trademark strikes.

“Petchmorakot’s weapon that I need to watch out for is his elbow. His knee may be his signature weapon, but the most dangerous one is the elbow,” Yodsanklai says. “I need to look out for Petchmorakot’s elbow and his knee as well.”

Conversely, Yodsanklai will look to get into range so he can unleash his best weapons, which mirror the Petchyindee Academy product’s signature moves.

“When I meet Petchmorakot, I will use my strengths, which are my kicks and punches,” the Fairtex legend continues. “I believe that my kick and punch are much stronger than Petchamorakot’s. They are explosive.”

And that’s not the only thing “The Boxing Computer” believes.

Yodsanklai has stopped countless adversaries during his nearly three-decades-long Muay Thai career with his fists, and ONE Championship’s global fan base saw him do just that in his wins over the aforementioned Regis and Souwer.

Between that and his thorough analysis of the reigning ONE Featherweight Muay Thai World Champion, the icon believes he can finish his compatriot in the same type of way.

“I will beat Petchmorakot with my punch,” he says. “My punch will slow him down, and I may knock him out since we are using mixed martial arts gloves.”

With merely two weeks away from this marquee showdown, it’s clear Yodsanklai’s confidence is at an all-time high.

“Petchmorakot, you’d better be well-prepared,” he warns the 26-year-old World Champion. “Because this coming 31st, I’ll take your belt and put it on my waist.”