ONE Championship explodes back into action with ONE: NO SURRENDER in Bangkok, Thailand! Featuring Thailand’s biggest megastars across Muay Thai, kickboxing, and mixed martial arts, fireworks are expected from every bout on the stacked card.

In the main event, ONE Flyweight Muay Thai World Champion Rodtang Jitmuangnon defends his belt against former ONE Flyweight Kickboxing World Champion Petchdam Petchyindee Academy. Each superstar striker owns a win over the other, meaning it’s winner takes all in this World Title trilogy bout.

Check your local listings, and download the ONE Super App now! 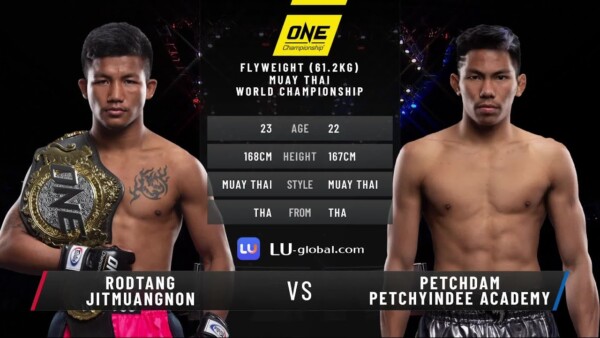 Load More
Previous: ONE Hero Series 14 All Events Next: No Surrender II