The full card has officially been set for ONE Championship’s momentous return on Friday, 31 July.

When the world’s largest martial arts organization resumes its flagship event schedule with ONE: NO SURRENDER, it will present three must-see Muay Thai and kickboxing bouts to the global fan base.

Headlining the new additions is ONE Atomweight Muay Thai World Champion Stamp Fairtex, who will continue her quest for three-sport glory.

The 22-year-old Thai superstar has been spectacular ever since making the transition to mixed martial arts as a competitor on Rich Franklin’s ONE Warrior Series in July 2018.

Stamp has compiled a 4-0 professional record in the sport, with two victories by knockout and one by rear-naked choke.

For her return to mixed martial arts, she will face undefeated compatriot Sunisa “Thunderstorm” Srisen.

Srisen will be making her promotional debut in what’s undoubtedly the biggest match of her career, but the 19-year-old is up for the task. So far, she’s competed solely in the Thailand-based Full Metal Dojo organization, racking up a 3-0 record.

“Thunderstorm” has finished all of her opponents in that promotion, including ONE veteran Audreylaura “Ice Comet” Boniface. Mark “Tyson” Fairtex Abelardo will also make his return to the global stage at ONE: NO SURRENDER.

After tearing through the competition in ONE Warrior Series, the Bangkok-based Kiwi defeated Mongolian heavy-hitter Shinechagtga Zoltsetseg in October 2018 to earn a six-figure contract and a spot on the promotion’s main roster.

The 28-year-old has experienced success on the global stage, defeating the likes of Ayideng “The Kazakh Eagle” Jumayi and #5-ranked bantamweight contender Daichi Takenaka.

Now coming off a tough loss to Troy “Pretty Boy” Worthen, Abelardo will be looking to get back in the winner’s circle when he welcomes promotional debutant Fabrício “Wonderboy” Andrade to ONE Championship.

Andrade is a 22-year-old Brazilian and South American Muay Thai Champion who is based in Phuket, Thailand. He is riding a two-bout winning streak in mixed martial arts, having defeated former ONE veteran Li Ge Teng and ONE Hero Series standout Xiatihe Zhumatai. 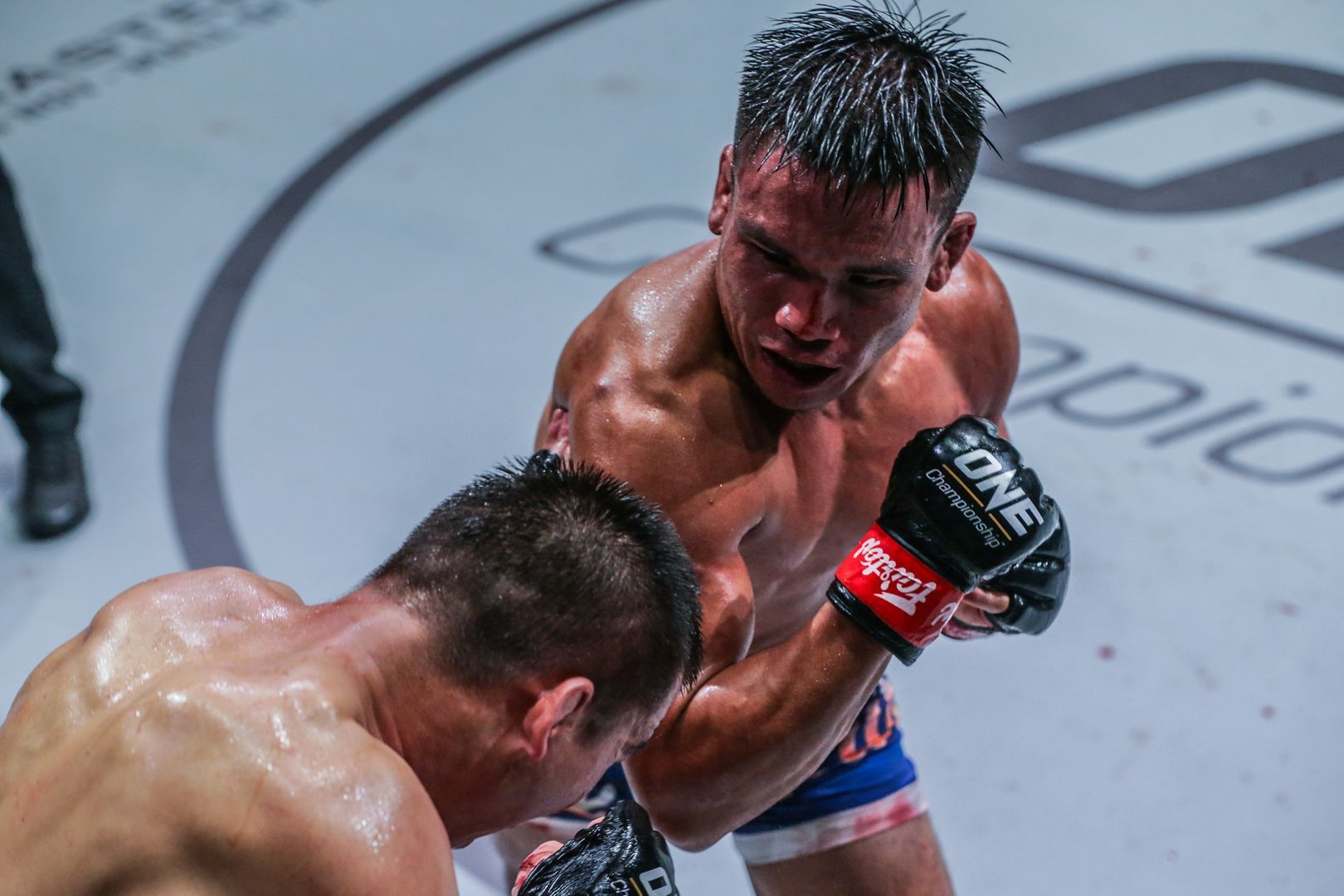 Rounding out the card is a ONE Super Series Muay Thai battle between the top-ranked contenders in the flyweight division, as “The Angel Warrior” Panpayak Jitmuangnon will square off against Superlek “The Kicking Machine” Kiatmoo9.

This match-up represents the latest chapter in the Thai warriors’ longtime rivalry.

In Bangkok, they will meet for the seventh time – and the first on the global stage of ONE Championship – as each man will have the opportunity to solidify their spot at the top of ONE’s Athlete Rankings.

Panpayak, who is the #1-ranked contender and Rodtang’s teammate, has been flawless in The Home Of Martial Arts, defeating Portuguese striker Rui Botelho and Japanese hero Masahide “Crazy Rabbit” Kudo via unanimous decisions.

Like the Jitmuangnon standout, Superlek is highly ranked and also unbeaten in his promotional tenure. “The Kicking Machine,” who is the #2-ranked contender in the division, has toppled Botelho and Cambodian hard-hitter Lao Chetra.

Check below for the entire lineup of ONE: NO SURRENDER. 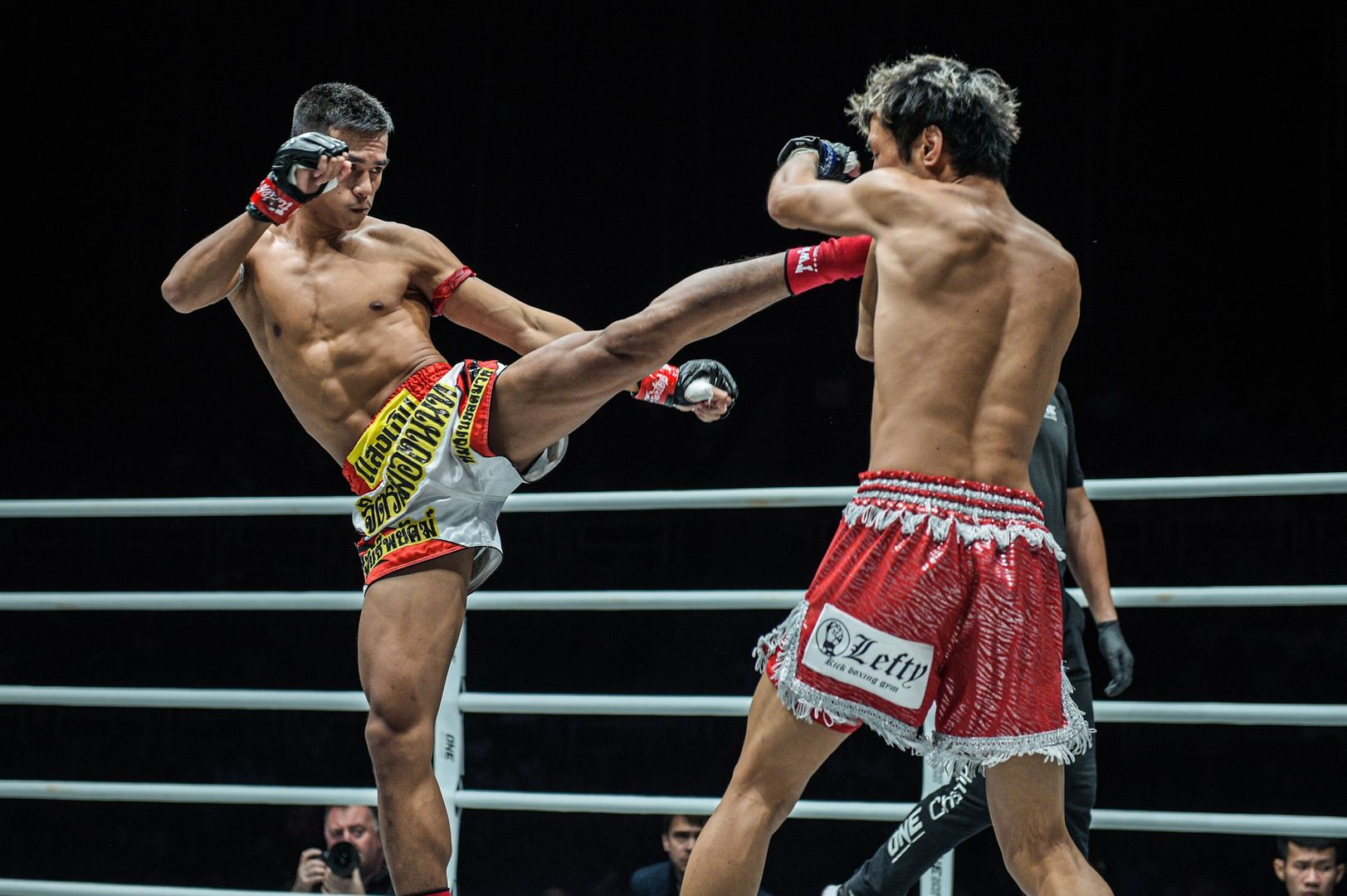 ONE: NO SURRENDER – Full Card

Read more: Rodtang Wants Crazy Fight With Petchdam: ‘We Have To Deliver’