Rodtang “The Iron Man” Jitmuangnon is pumped up to resume competing on the global stage and to defend his coveted ONE Flyweight Muay Thai World Title.

The Thai superstar will put his gold on the line against his old foe and compatriot, Petchdam “The Baby Shark” Petchyindee Academy, in the main event of ONE: NO SURRENDER on Friday, 31 July, in Bangkok, Thailand.

For Rodtang, being part of ONE Championship’s first flagship event in five months will make the show extra special.

“The fans have been waiting for Muay Thai competitions to come back, and now, ONE Championship has announced a huge and amazing fight card. Everyone wants to watch,” the 22-year-old says.

“We, as fighters, have to give our [best] performances. We are getting paid well, so we have to deliver. It’s our jobs, and the most important thing is we have to win our fans’ hearts.”

The Jitmuangnon representative plans to do just that, especially since he’ll be sharing the global stage with a longtime rival from the Bangkok stadium circuit.

He initially met Petchdam at a Petchyindee Promotions show inside the historic Rajadamnern Stadium back in May 2017.

After five rounds of action, “The Baby Shark” emerged with a unanimous decision victory.

“When I lost against him in the first fight, I had just come back to Bangkok after a break,” Rodtang says.

“I fought with Kaimukkao [Por.Thairongruangkamai] at 131 pounds, and then my next fight was with Petchdam at 126 pounds. The weight cut was difficult, and my body was not stable yet. I had no power in the last rounds. That’s why I lost.”

However, “The Iron Man” was determined to earn some redemption.

Feeling refreshed, he squared off against Petchdam in a rematch at a Jitmuangnon Promotions event inside the same historic venue in February 2018.

The two Muay Thai warriors went another five rounds, but this time, the hard-hitting Rodtang stunned “The Baby Shark” with strikes, and his opponent never fully recovered.

“In the second fight, I had full power,” the flyweight king says. “I continued to fight and kept moving. Petchdam lost against me very clearly and showed weaknesses.” The series was tied 1-1, but the rubber match would have to wait. Both athletes signed with ONE Championship, and their respective martial arts journeys went off in different directions.

Rodtang has been invincible since joining the promotion in September 2018. He rattled off five consecutive victories and captured the ONE Flyweight Muay Thai World Championship in August 2019.

“The Iron Man” followed that up with two more victories and has become one of the most popular figures in the organization’s all-striking branch, ONE Super Series.

Meanwhile, Petchdam joined The Home Of Martial Arts in July 2018, earned three consecutive victories in highlight-reel fashion, and then claimed the inaugural ONE Flyweight Kickboxing World Championship in May 2019.

Though he lost that belt to Ilias Ennahachi three months later, the Petchyindee Academy representative defeated Kohei “Momotaro” Kodera this past January in Muay Thai competition to earn a crack at Rodtang’s crown. 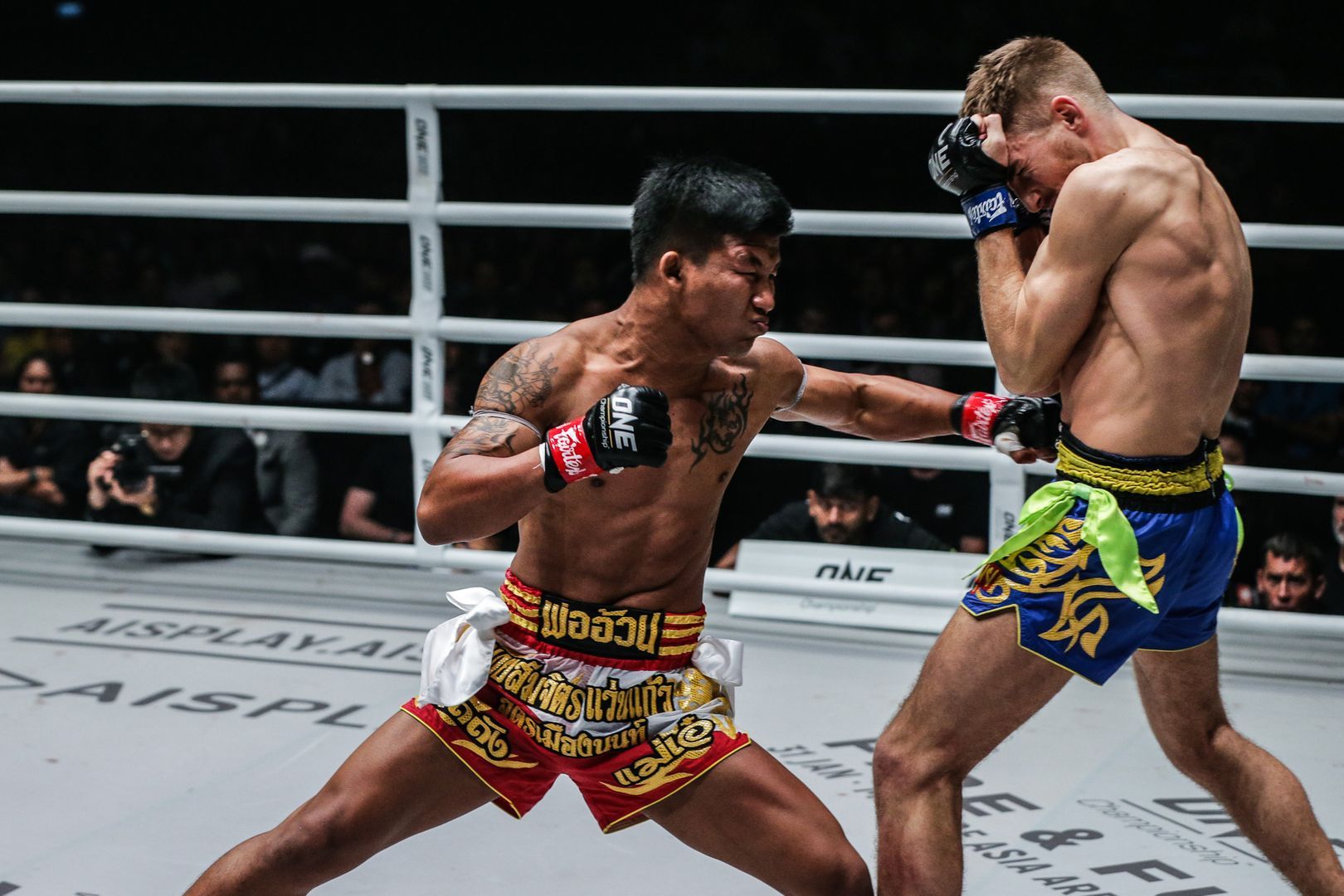 Both athletes are now gearing up for the massive showdown, but preparations have been a little different.

Rodtang, who normally trains at his beloved Jitmuangnon Gym in Bangkok, has been spending a lot of time at another camp.

When Thailand went under lockdown due to the COVID-19 outbreak, he joined his girlfriend, ONE Atomweight Muay Thai World Champion Stamp Fairtex, and her family in the Rayong province.

Then, as restrictions began to ease in the country, he started preparing for his return alongside the atomweight queen at the Fairtex Training Center in Pattaya.

“I trained at Fairtex for a couple of months, both mixed martial arts and Muay Thai,” Rodtang says. “My body is 100 percent now. Sia Banjong (Founder and Chairman of Fairtex) comes to look and check on me. He thinks I can be a role model for others.” 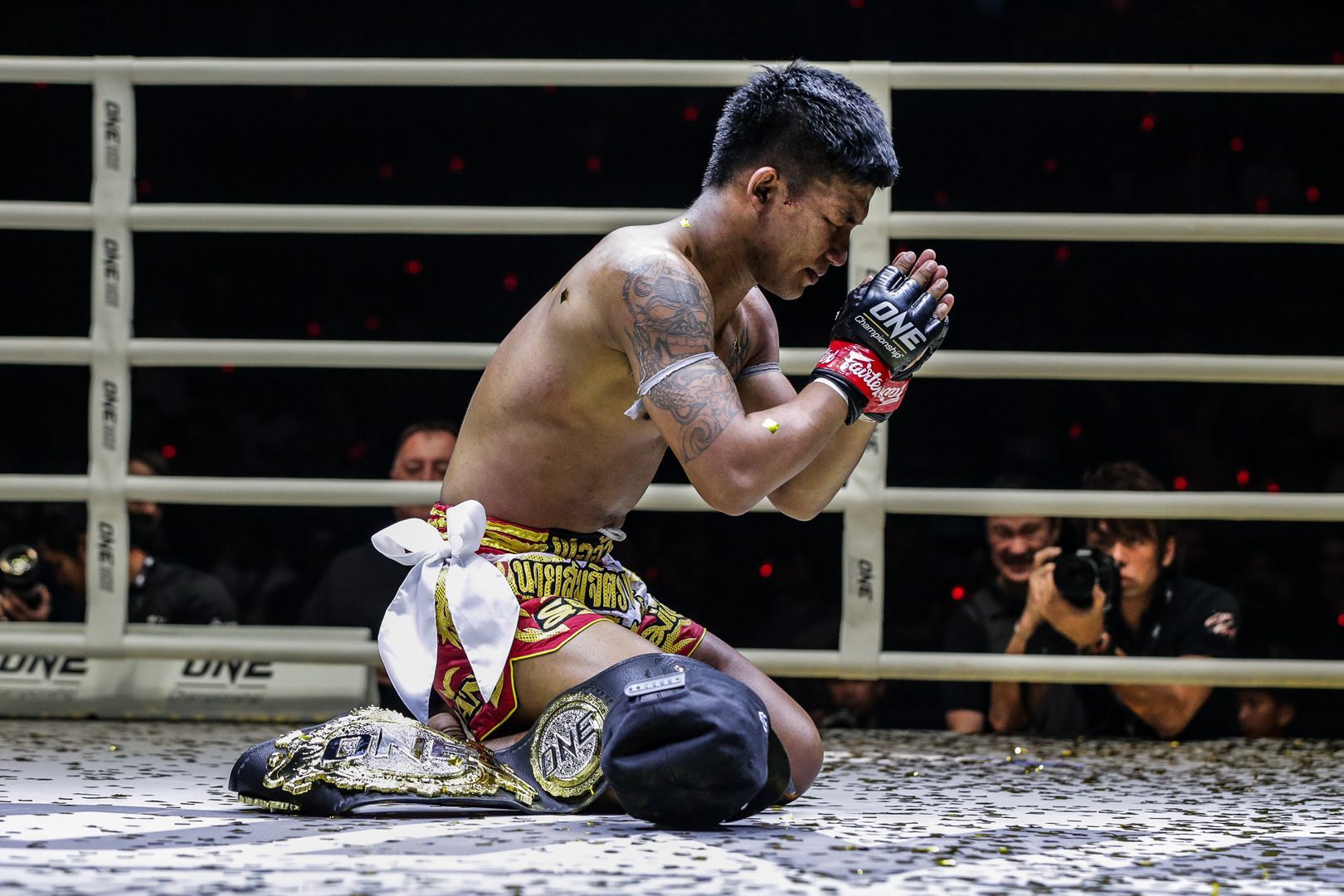 With ONE: NO SURRENDER less than a month away, “The Iron Man” is completely focused on successfully defending his belt against Petchdam and closing the chapter on their storied feud.

He has a ton of momentum on his side, and he’s looking forward to engaging in a Muay Thai duel with his compatriot. He just hopes “The Baby Shark” will reciprocate and bring the action to him.

“Petchdam lost by knockout when he defended his kickboxing title, and he tried to build his confidence back by winning his last fight in ONE. I don’t have anything to worry about, and I think this fight will be fun,” Rodtang offers.