Over the last two decades, ONE Super Series bantamweight competitor Liam “Hitman” Harrison has become a household name in the world of Muay Thai.

But long before he was conquering foes with crumpling hooks in front of thousands of adoring fans, the Bad Company representative was traveling back and forth between his native England and Thailand in hopes of establishing himself as a star in “the art of eight limbs.”

“I was 16 or 17,” the future eight-time Muay Thai World Champion begins.

“I’d just had a fight in England, and we had a Thai trainer called Jitti over in the gym for a while. He said, ‘You should come over and train at my gym in Thailand.’

“We’d seen a lot of fighters doing it and talking about the fights they’d have there, and all the experiences they had, so I said to one of the other guys in the gym, “Come on then. Let’s go do it and see where it goes.’”

This was back when information on training in Thailand was hard to come by, so Harrison had no idea what he was getting himself into. And with twice-daily training sessions lasting three hours apiece, he quickly discovered that learning Muay Thai in its birthplace was nothing like his experience back home.

“I went out and it was just a shock – the heat, the way [Thais] train, and then just getting slung all over the place by Thais who were nowhere near the same size as me. It was a shock,” the 34-year-old says.

“I was only there for three weeks. I was meant to fight, but I didn’t end up fighting.”

While “Hitman” did not get to compete at one of Thailand’s historic stadiums during that first trip, the experience left an impression on him that was hard to shake.

“As soon as you step off the plane into the humidity and the heat, you realize it’s a totally different thing altogether. It’s mental,” he says.

“You cannot be prepared for it. No matter how many times people tell you about it – training in that heat and doing three-hour sessions, and then running for miles – it registers in your head, but you don’t realize until you’re dying after 10 minutes of the session.”

I sure know how to ruin a photo. After a successful WPMF world title defence at the old lumpinee stadium I knew this photo would probably be in the muaysiam Thai news paper the next day so pulled the stupidiest face possible ????????‍♂️…and sure enough it was ???? what an idiot. #muaythai #lumpinee

After the whirlwind start to his trip, Harrison adapted to the climate and the training. Then, he was able to absorb what he’d gone there to learn in the first place.

“I was surrounded by elite-level stadium champions who were the trainers at the gym, and I was learning just a little bit of each one,” he says.

“The amount of knowledge I amassed in those three weeks, it would have taken months to get at home, and I just knew I really wanted to do this.”

Of course, while the Bad Company product was in Thailand to work, he also wanted to explore its vibrant culture.

“I was seeing everything, out sightseeing, trying to do all of that stuff as well,” Harrison recalls. “Some nights, I’d go out and have a drink. I’d never been there, so I didn’t want to just be stuck in a gym while I was in this amazing country.”

Harrison soon returned to the cooler climate of the United Kingdom, and though he was able to put the subtleties he had learned at Jitti Gym to good use, he still missed the hardcore training that Thailand offered.

“There were loads of little tips and tricks that I picked up that I was using in sparring – the sweeps and throws in the clinch. But when you come back home and you’re in a group class, it’s difficult. There aren’t seven full-time trainers walking around,” he explains.

“Being [in Thailand] and not having to worry about anything else, just my own training, that was what I enjoyed. I didn’t have to kick the pads, and then put them on for my partners. [There were] just seven or eight elite-level trainers whose focus was all on you.”

For the next 18 months, returning to “the Mecca Of Muay Thai” was all the Englishman could think about as he built his name in the European circuit.

Harrison also knew that in order to be the best, he needed to beat the best. So, at 19 years old, he moved to Thailand for two years – and this time, it was all business for the young lad from Leeds.

“When I went back there, I said, ‘Just treat me like all your other fighters,'” he recalls. “I slept on the floor on a mat at the gym like the Thais for the first six months. That’s how I lived. That’s what I wanted to do.” 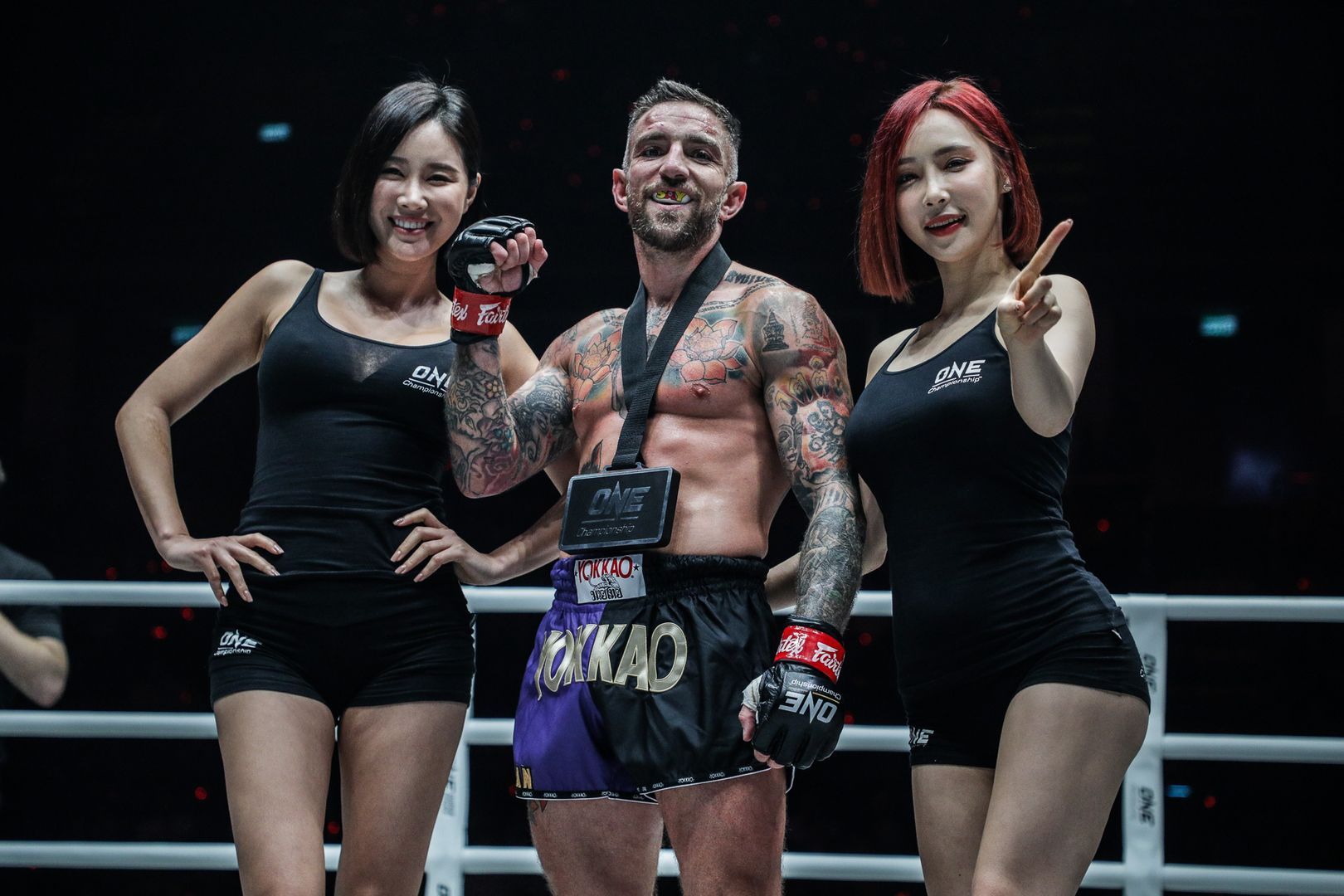 The dedication to live, train, and compete like a Thai began to pay off for “Hitman,” and he found himself rubbing elbows ­– quite literally – with top-ranked stadium competitors.

“I ended up having a lot of fights there, mixing it up with stadium champions and elite-level fighters. Everyone knew who I was, so it was brilliant,” he says.

“I just thought, ‘Right, this is it now, this is what I want to do. I want to make a name for myself here, and then I can take that experience back to England and build my name even bigger.’”

If Harrison gets his dream match-ups in the Circle, and then goes on to dethrone ONE Bantamweight Muay Thai World Champion Nong-O Gaiyanghadao, he may just elevate his name even further.

Read more: Feel The Power Of Brandon Vera With ‘The Truth Break It Challenge’