Muay Thai is unlike most combat sports because there are so many variables to be mindful of.

“The art of eight limbs” includes punches, kicks, knees, elbows, and sweeps from within the clinch – and all of those attacks will test your defensive skills.

Even world-class, experienced competitors may find themselves struggling at times. So for a Muay Thai beginner, the discipline can often feel overwhelming.

To help you get more comfortable, here are few ways to build a strong defense in one of the world’s most diverse striking arts. 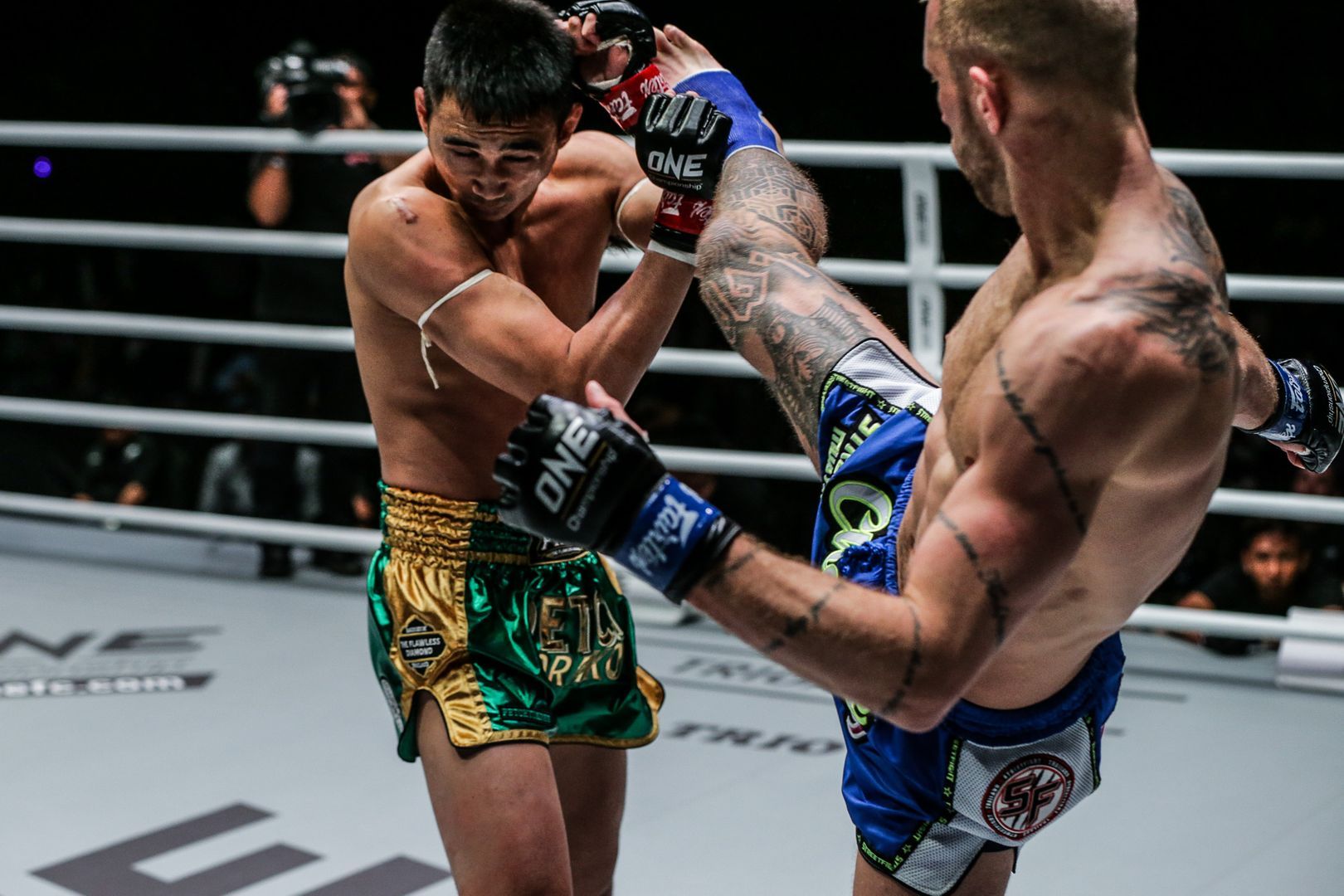 Knowing how to protect yourself in Muay Thai is crucial, especially when you have limbs coming at you from all angles. Your guard should make it hard for anything to land on your face or head, but it should also be fluid enough to protect all areas of your body.

During sparring, this means you need a tight guard that lets you see what’s happening, which then allows you to quickly go from blocking punches to blocking kicks.

The notion that footwork is not necessary for Muay Thai is simply a misconception.

Although you won’t want to bounce around like a boxer, knowing how to pivot and sidestep is incredibly useful for evading aggressive sparring partners or following up after setups.

Footwork is also very handy inside the clinch. Most turns and throws from within the clinch are made possible by the correct use of your feet. 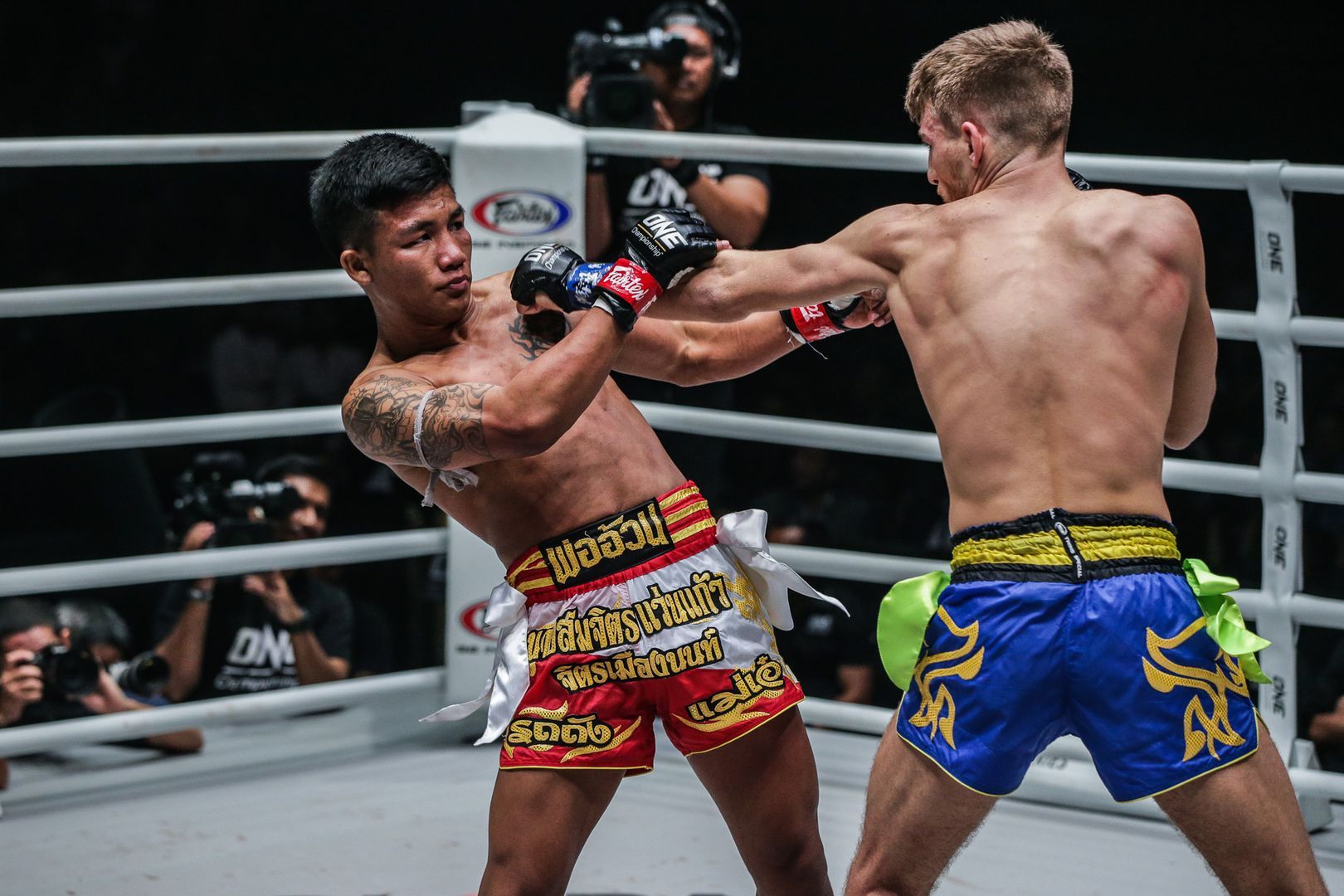 If you think crafty head movements are only for boxers, think again. When you’re sparring with someone who loves to punch, knowing how to move your head will come in handy.

In Muay Thai, subtle head evasions are a great way to avoid kicks and punches. However, the general rule of thumb is to never duck under a punch – or a kick, unless absolutely necessary – because you could find yourself on the receiving end of a knee.

Additionally, be careful not to overdo even the most subtle head movements because your training partner will eventually pick up on it and introduce your head to their shin.

If you’re looking for a great example, ONE Flyweight Muay Thai World Champion Rodtang “The Iron Man” Jitmuangnon uses subtle head movements to perfection in order to avoid punches from his rivals.

This is another crucial aspect of defense in “the art of eight limbs.”

If your opponent throws a kick or a punch that gets through your guard – which will happen – your last line of defense is to stand strong.

In order to do so, you must be balanced. This means keeping your feet just wide enough so that you won’t topple over while absorbing the attack. It also means being conditioned enough to take the shot in the first place, something that comes over time. 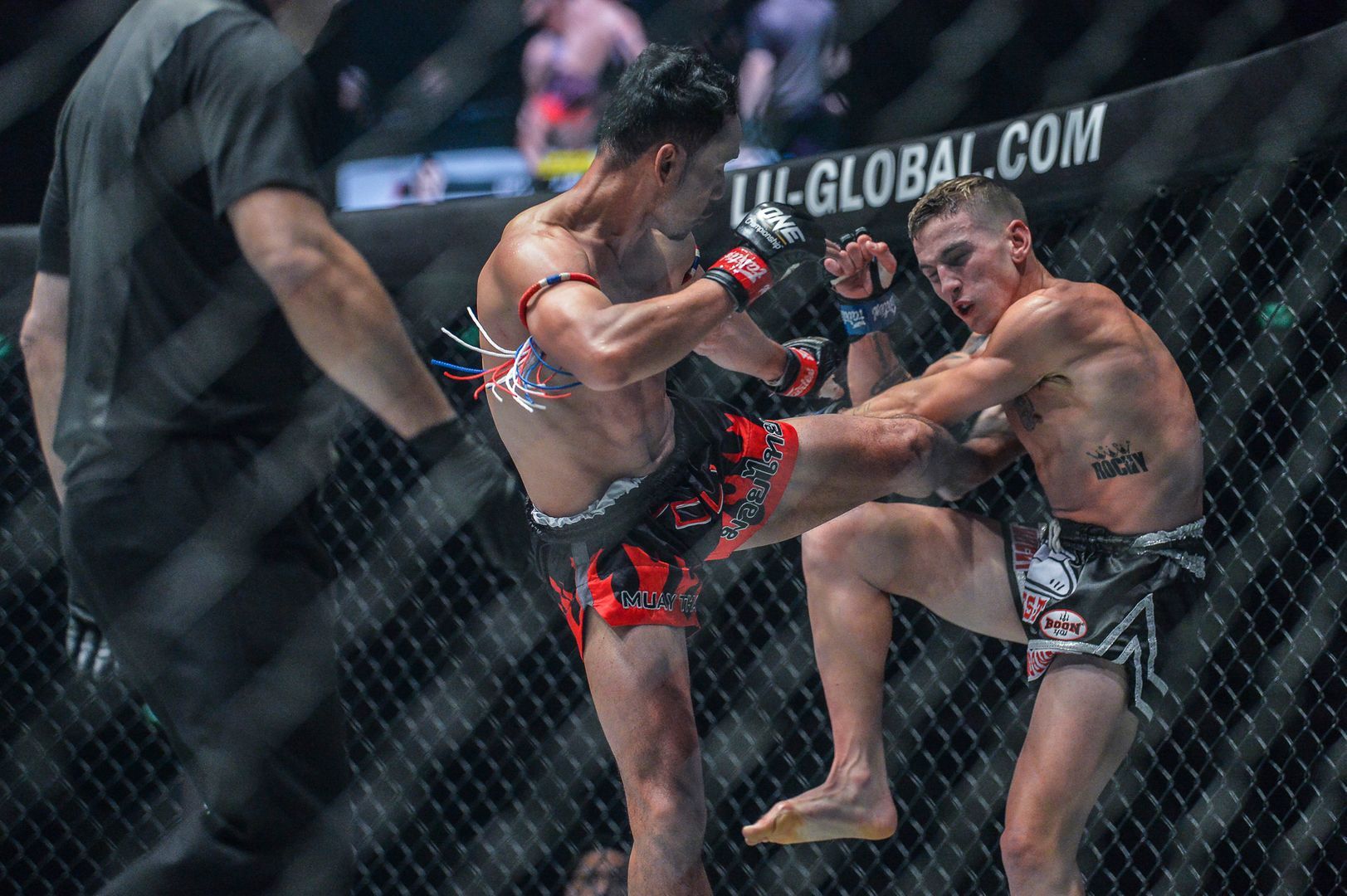 For an active defense, it’s all about timing. You might think that push kicks – known as teeps – should only be used to attack your training partner, but they can also be one of the greatest defensive weapons in Muay Thai.

A well-timed teep can send your sparring partner stumbling backward or even down to the mat. Once you’re in their head, it will make them think twice about initiating any offensive attacks.

Two-sport ONE World Champion Sam-A Gaiyanghadao‘s timing is so good that he can sneak his kicks into his opponents’ ribs before they ever get the chance to block.