Three days ago, Liam “Hitman” Harrison told the world he would end his bantamweight bout with Mohammed “Jordan Boy” Bin Mahmoud in highlight-reel fashion – and on Friday, 10 January, the Englishman lived up to his words.

At ONE: A NEW TOMORROW in Bangkok, Thailand, it took just over two minutes for “Hitman” to knock Mohammed out in their ONE Super Series Muay Thai duel from the Impact Arena.

Harrison’s desire to get his first win in the ONE Circle was at an all-time high, but he never rushed an attack. Instead, he allowed the Sampuri Muay Thai Gym representative to control the tempo of the contest.

“Jordan Boy” started to impose his presence by throwing a couple of teasing leg kicks. But after he got comfortable, Harrison started battling fire with fire – and the Malaysian stood no chance.

The Englishman forced Mohammed toward the ropes, unloading a hard liver shot that temporarily froze his foe. He desperately replied with a set of strikes, but he paid for it with a crushing left hook from Harrison that sent him to the canvas. 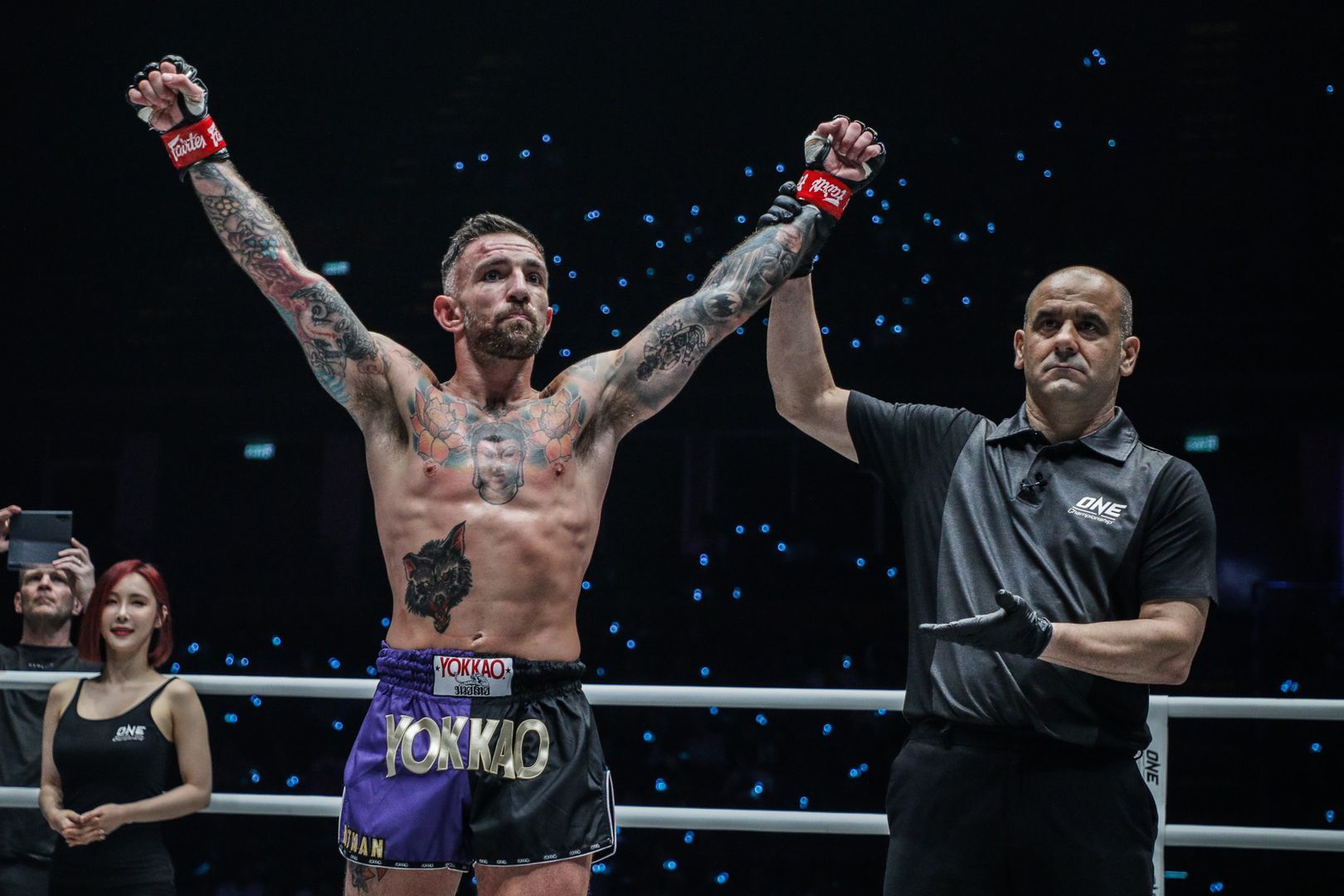 Mohammed answered the referee’s eight-count, but he was on wobbly legs. When the match resumed, the Kuala Lumpur native saw the canvas once again courtesy of a barrage of punches and elbows from Harrison.

To everyone’s surprise, Mohammed beat the count again. But it looked like he was walking on ice.

A third series of attacks by the “Hitman” was all it took to send the Malaysian crashing to the canvas just as the referee stepped in to stop the contest at 2:03 of the first round.

The win gave the seasoned “art of eight limbs” competitor his first victory in The Home Of Martial Arts and pushed his professional record to 86-23-2.