Liam “Hitman” Harrison is a true legend of Muay Thai, and he plans to show exactly why at ONE: A NEW TOMORROW this Friday, 10 January.

The eight-time Muay Thai World Champion will face “Jordan Boy” Mohammed Bin Mahmoud in Bangkok, Thailand, and will settle for nothing less than a highlight-reel finish.

After years of building a name as a top-class competitor in the home of “the art of eight limbs,” the Englishman has too much pride to give the passionate fans inside the Impact Arena anything but a performance that will get them on their feet. 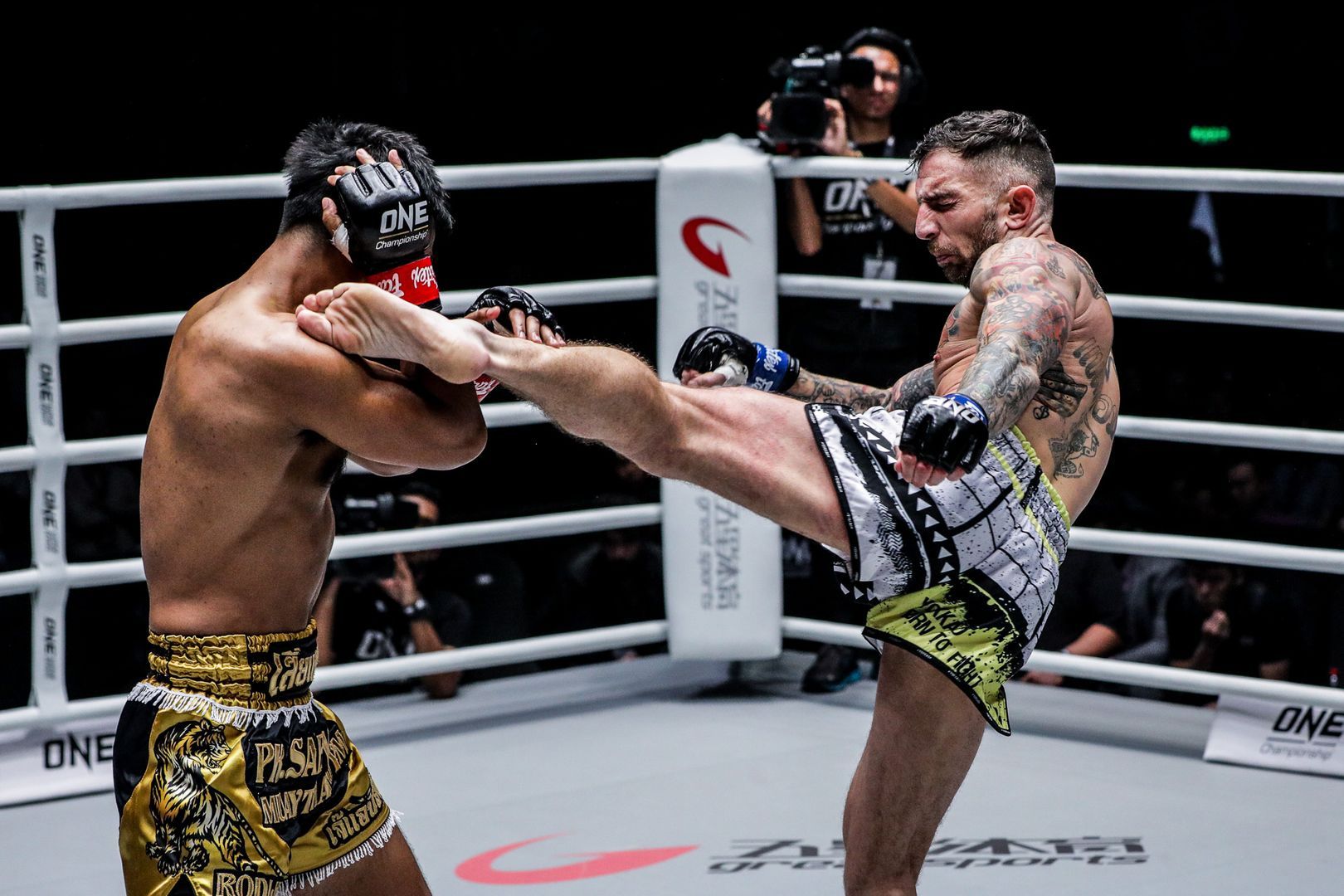 “This is my second home. I’ve lived here before and made a good reputation for myself, so it is a bucket-list thing for me to fight on ONE Championship in Bangkok,” Harrison explains.

“The Thai fans know me and appreciate my style. I am not going to let anyone come and ruin my rep here. I’m going to be firing on all cylinders and looking to explosively take him out of there.”

His 23-year-old opponent has shown glimpses of brilliance on the global stage, including his first-round knockout victory over Stergos “Greek Dynamite” Mikkios, and his most recent win over Saiful “The Vampire” Merican back in July.

However, Harrison has been a prominent figure at the highest levels of the sport for a long time. He won his first World Title 15 years ago, and was voted the best foreign competitor in Thailand in 2007.

The 34-year-old believes the experience and skillset he has amassed in that time will be too much for his younger rival.

“I’ve been fighting at the elite level for going on 15 years now. It’s him having to make the massive jump up – I’m used to being at this level,” he says.

Still, Harrison knows it would be a mistake to write off any adversary in The Home Of Martial Arts. For an athlete to make it to ONE Super Series, they must be dangerous.

He is well aware of Mohammed’s attributes, but he is more interested in putting his own stamp onto the contest, and forcing the Sampuri Muay Thai Gym Ampang athlete into his world.

“I’m looking forward to this fight against ‘Jordan Boy.’ He seems tall, rangy and a bit awkward to be honest,” the Leeds native says.

“He is quite long and it will be a bit awkward at first, but I don’t see any department where he’s better than me, to be honest. With the small gloves, there’s always a danger – you have to be careful – but I am 100 percent just going to fight my fight.

“He’s obviously going to have done his homework. Let’s see what he comes with early doors, and then I’ll just explode into action shortly after that, and I’ll unleash all my weapons.” 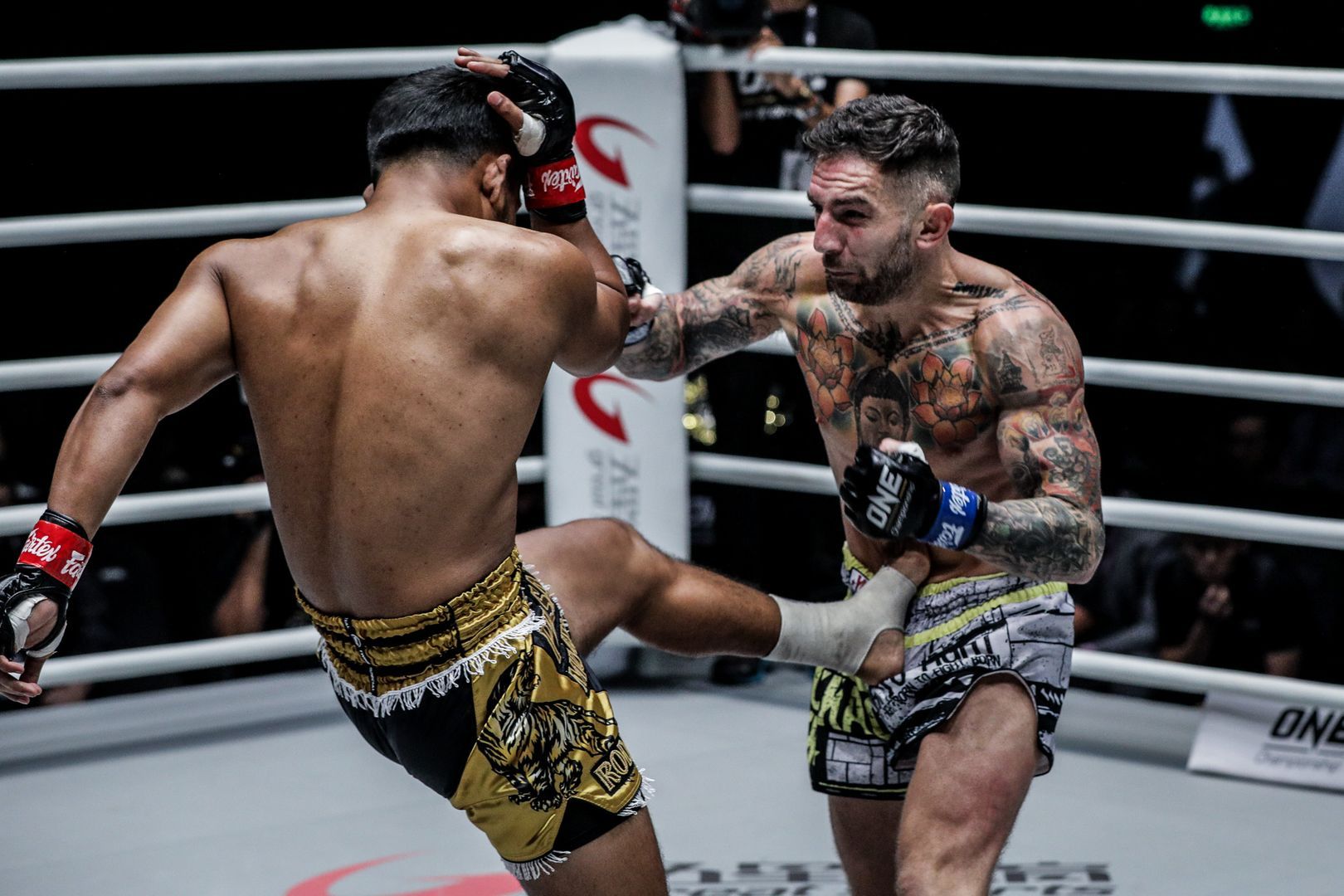 Despite two exciting match-ups against elite contenders Petchmorakot Petchyindee Academy and Rodlek PK.Saenchaimuaythaigym, Harrison is still waiting for his first ONE Super Series victory, and he feels like this is his time.

He has taken a ton of positives from those contests against two of the world’s best strikers, and believes now is his time to show he is still one of the best there is.

The man from Bad Company Gym will not be drawn into revealing his plan, but will say he plans to show what made him his nation’s greatest ever Muay Thai export.

“I don’t go in there and think, ‘Right, I’m going to do this.’ I fight on instinct. Whether it be with low kicks, punches, elbows – it just depends what’s going to work for me on the night,” he adds.

“I will go for the kill like I always do. You know what you get with me – I’m always looking to make it action-packed and good for the fans, and that’s what I am going to do this time.”