After making ONE Championship history earlier this year, Petchmorakot Petchyindee Academy is looking to cement his legacy by knocking out one of Muay Thai’s most beloved icons.

On Friday, 31 July, Petchmorakot will defend his newly-earned ONE Featherweight Muay Thai World Championship against “The Boxing Computer” Yodsanklai IWE Fairtex in the co-main event of ONE: NO SURRENDER in Bangkok, Thailand.

It will be the Petchyindee Academy representative’s first World Title defense – and the biggest match-up of his career to date.

“This upcoming bout is the most important Muay Thai fight of my life,” Petchmorakot says.

“Yodsanklai is already known worldwide. He is a great fighter and a legend. If I can beat Yodsanklai, I will be accepted and known globally.” 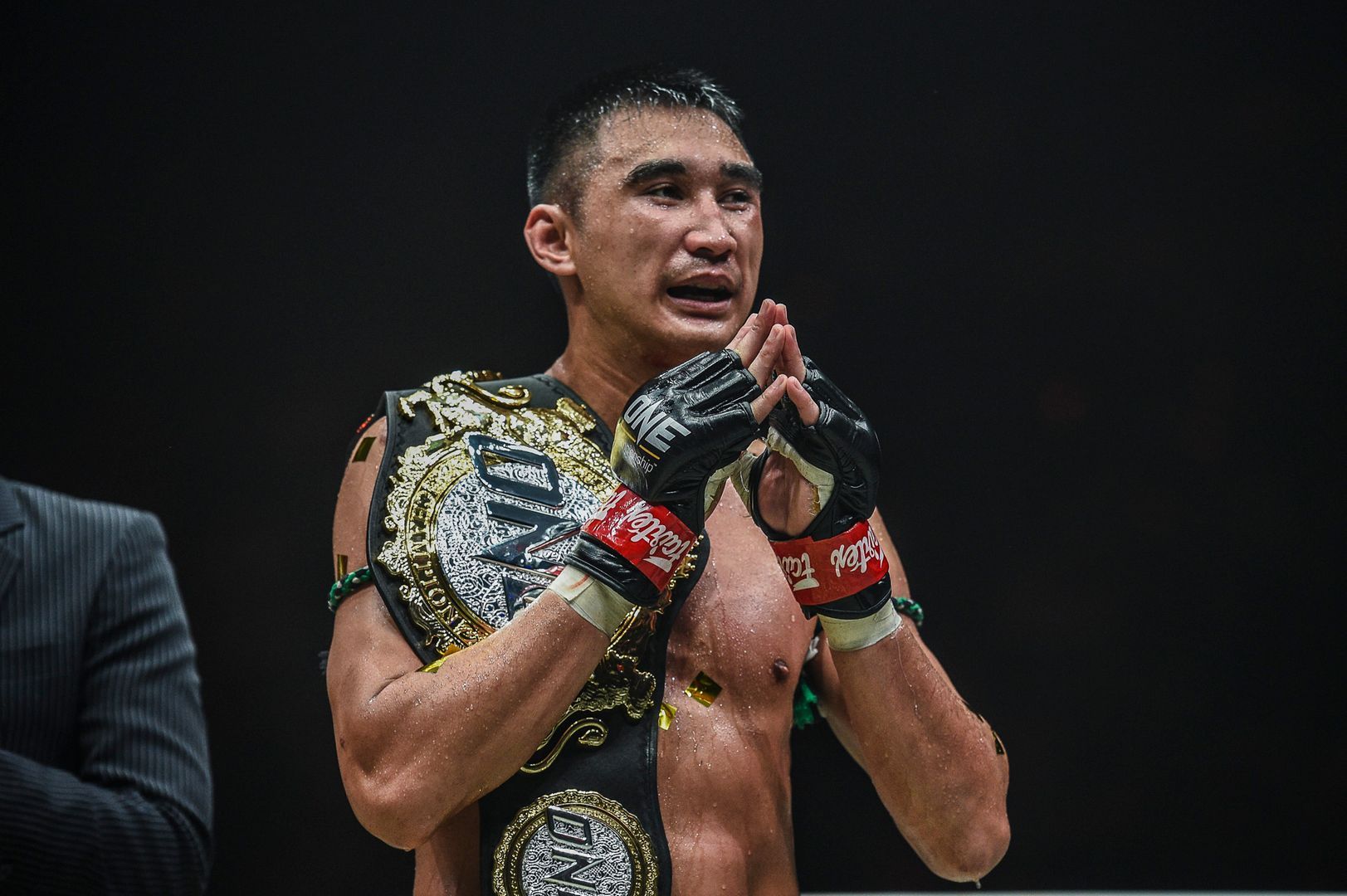 In February, Petchmorakot entered the promotion’s record books when he dominated Pongsiri PK.Saenchaimuaythaigym en route to a unanimous decision victory and the inaugural ONE Featherweight Muay Thai World Championship.

The 26-year-old had a clear-cut height and reach advantage in that bout, and he used those physical gifts to rip through his compatriot inside the Istora Senayan in Jakarta, Indonesia.

After finding his range in the opening frame, Petchmorakot utilized his piston-like jabs, his left kicks, and later, his hard knees and elbows to earn a convincing World Title victory.

“The first round was about studying each other,” he recalls.

However, just a month after Petchmorakot’s World Championship victory, ONE postponed all of its events due to the global COVID-19 pandemic.

That meant the titleholder couldn’t train with other athletes, but he was still determined to maintain his fitness routine and continue sharpening his techniques.

With those goals in mind, the Bangkok resident ran 5 kilometers every morning, kept up his weight training, and even did some heavy-bag work to stay ready for the call to defend his belt.

That call finally came in late June when Petchmorakot was offered the chance to make his first ONE Featherweight Muay Thai World Title defense in Thailand against a true icon of the sport – and he could not be any happier about it.

“I am really thrilled and excited to meet Yodsanklai, who is a legend that the whole country knows,” the Petchyindee athlete says. “I’m training twice as hard for this upcoming bout. This is my first title defense [and I am] fighting in my homeland to show people what I’ve got.”

Petchmorakot is quite familiar with “The Boxing Computer.”

Yodsanklai, who is famous for his thunderous left kicks and powerful boxing, has racked up multiple World Championships in his Muay Thai career.

The 34-year-old Pattaya resident has already created some incredible highlight-reel moments in The Home Of Martial Arts, including his unforgettable triple-uppercut KO of Luis Regis in December 2018 and his TKO victory over Andy “Souwer Power” Souwer in March 2019.

But while Petchmorakot respects the Fairtex icon’s elite skill set, he feels confident that his youthful vigor will be a difference-maker in the World Title affair.

“His weakness is that he is aging,” he says of Yodsanklai. “He may be exhausted by round four or round five. I will use my youth against him, keep pushing him to exhaust his energy, and bring him down.”

With that in mind, Petchmorakot plans to keep the intensity high until Yodsanklai tires – and then, ideally, finish him with one of his trademark strikes.

“I will use my signature weapons, which are my elbow and my knee,” he says. “Since it is Muay Thai rules, I will work hard on my elbow and knee in order to win.”

When all is said and done, the Bangkok resident hopes to keep his belt, knock out a Muay Thai hero, and make himself a legend of the sport.

But after the marquee showdown, he also hopes to keep his strong relationship with “The Boxing Computer.”

“Yodsanklai, let’s bring our best for this upcoming bout,” Petchmorakot says. “Let’s continue our friendship after the bout.”