Ever since returning to martial arts action in July, ONE Championship has showcased some of the most thrilling ONE Super Series matchups in the promotion’s history.

Here’s a look back at the top five ONE Super Series bouts from the third quarter of 2020.

In a battle between two legendary kickboxers, Superbon walked away as the victor against compatriot and longtime rival Sitthichai “Killer Kid” Sitsongpeenong in the pair’s promotional debut at ONE: NO SURRENDER on 31 July.

The early rounds saw both men attacking and defending well, as Sitthichai scorched his compatriot with kicks and signature step-in knees while Superbon returned fire with timely right hands.

In round three, the bout began to shift in Superbon’s favor. Although “Killer Kid” stayed busy with his kickboxing attacks, it wasn’t enough to hold off the offense and counters of Superbon, who was awarded the unanimous decision.

That victory put Superbon ahead in the rivals’ head-to-head series at 2-1 and reaffirmed his spot as the #2-ranked featherweight kickboxer in ONE Super Series.

Allycia Hellen Rodrigues shot to superstardom by defeating former ONE Atomweight Muay Thai World Champion Stamp Fairtex at ONE: A NEW BREED on 28 August – winning the latter’s gold in the process.

Coming into that bout, the debuting Rodrigues was relatively unknown to the global fan base, but she made sure that everyone – including Stamp – would remember her name.

The Brazilian took the traditional Muay Thai approach and played a cautious game in the early stages of the contest, giving the impression that the fight was slipping away from her.

But from round three onward, Rodrigues controlled the momentum of the bout. She threw hard right hands and punishing body kicks at Stamp, who, in the latter rounds, was breathing heavily.

By the time the final frame rolled around, the Phuket Fight Club standout had added elbows to her winning arsenal and walked away as the new ONE Atomweight Muay Thai World Champion.

Petchmorakot's got RANGE! ????How to watch ONE: NO SURRENDER ???? bit.ly/nshowtowatch

Petchmorakot Petchyindee Academy helped solidify his spot as the division’s best when he successfully defended the ONE Featherweight Muay Thai World Title against “The Boxing Computer” Yodsanklai IWE Fairtex at ONE: NO SURRENDER on 31 July.

Yodsanklai put on a valiant effort in an attempt to fulfill his dream of becoming a ONE World Champion, closing the distance early and trying to outbox his compatriot. His elbows even racked up some damage in the early rounds.

But Petchmorakot is the ONE World Champion for a reason, and he reminded everyone of that fact as the two men battled into the championship rounds.

Petchmorakot’s win displayed the technical prowess that could keep him holding the World Championship belt for quite some time.

Rodlek ???????? outslugs Kulabdam to win the ONE Bantamweight Muay Thai Tournament and earn a World Title shot against Nong-O! ????How to watch ONE: A NEW BREED ???? bit.ly/howtowatchANewBreed

Rodlek PK.Saenchai Muaythaigym wasn’t about to let his second chance to fight for bantamweight gold slip through his grips when he re-entered the ONE Bantamweight Muay Thai Tournament to face “Left Meteorite” Kulabdam Sor. Jor. Piek Uthai at ONE: A NEW BREED on 28 August.

In that tournament final, Rodlek launched right hands at Kulabdam, and in return the Sor. Jor. Piek Uthai standout tried to find a home for the KO-making straight left that had floored “The Million Dollar Baby” Sangmanee Klong SuanPluResort in the semis.

Although Kulabdam found some success and racked up early damage on his rival, “The Steel Locomotive” scored two knockdowns during the bout.

The first came in the second round when Rodlek pelted Kulabdam with a right uppercut and a left hook. Then in the third, the man from PK.Saenchai Muaythaigym folded his foe with a gut-piercing right knee from within the clinch.

The unanimous decision win earned Rodlek a shot at ONE Bantamweight Muay Thai World Champion Nong-O Gaiyanghadao sometime down the road and proved that no one should take a man with a second chance lightly.

Posted by ONE Championship on Friday, September 11, 2020

Pongsiri PK.Saenchai Muaythaigym had already fought twice in ONE, but Muay Thai fans hadn’t seen his full potential until he dropped down from featherweight to bantamweight and took on Sean “Clubber” Clancy at ONE: A NEW BREED II on 11 September.

The Thai and the Irishman clashed from the onset of their main event showdown, but it was Pongsiri, a four-time Muay Thai World Champion, who pulled ahead in the second frame.

After both men exchanged hard, fast punches, the PK.Saenchai Muaythaigym representative scored a knockdown with a left hook and a right elbow.

“Clubber,” however, wasn’t out of the fight just yet. In a display of immense heart, the WBC Muay Thai World Champion regrouped and fired back at Pongsiri – and what unfolded next made for one of the most action-packed rounds of 2020.

Both men faced each other, stood in the pocket, and went elbow for elbow throughout the remainder of the second canto.

When all three rounds had concluded, though, it was clear that Pongsiri had inflicted more damage. With that, he was declared the winner by unanimous decision. 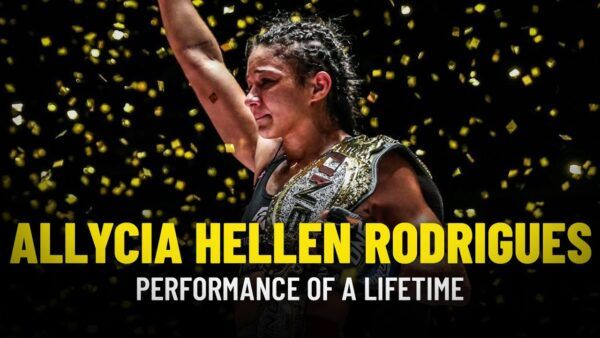