On Friday, 31 July in Bangkok, Thailand, “The Boxing Computer” Yodsanklai IWE Fairtex will get the chance to realize a dream he’s had since joining ONE Championship in 2018.

At ONE: NO SURRENDER, the Thai icon will challenge for the ONE Featherweight Muay Thai World Title, which is currently held by compatriot Petchmorakot Petchyindee Academy.

But before he can look ahead to that colossal showdown, Yodsanklai takes a step back and reflects on his early days in “the art of eight limbs.” 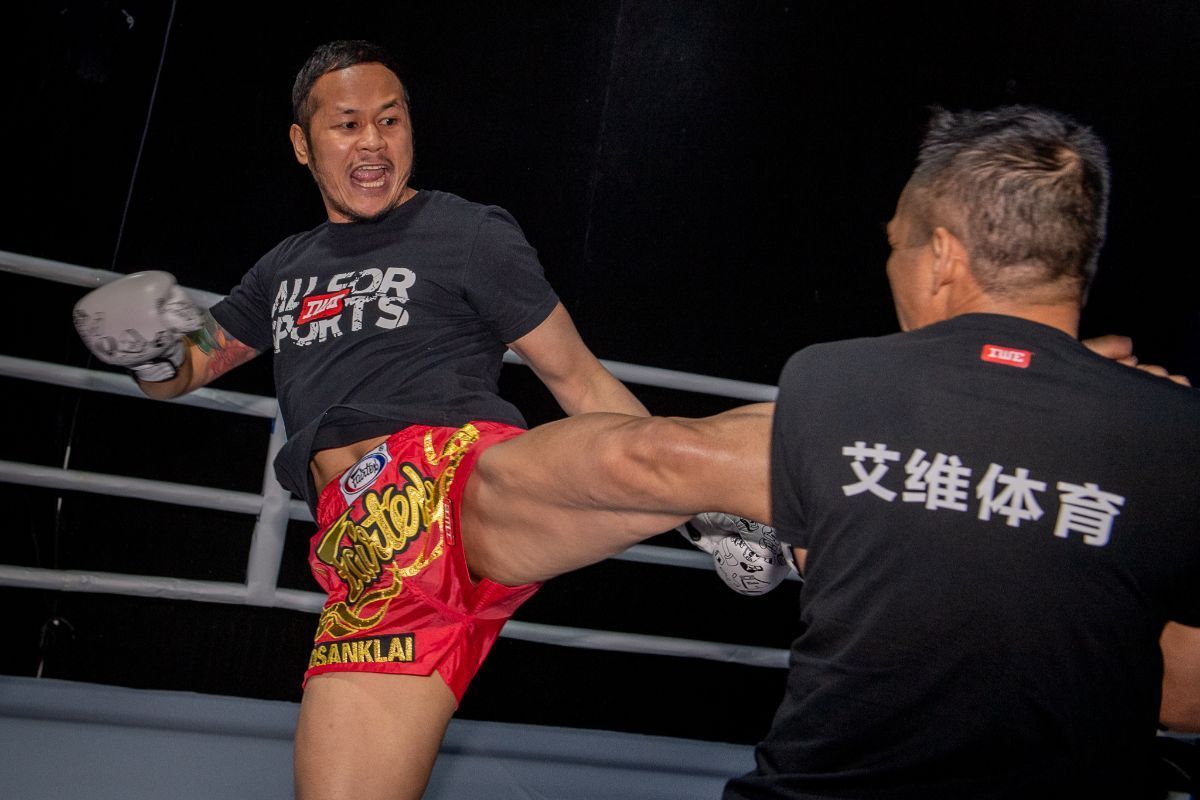 These days, “The Boxing Computer” is known for having the baddest uppercut in the game. But he was much less refined in his early years.

“There was a boxing camp near my house owned by a teacher in the school. The teacher who owned the boxing camp saw me fighting with my brother. He saw our potential as boxers, so he trained us at his camp.”

That camp was Saknipaporn Gym, which is where the future multiple-time Muay Thai World Champion learned the true meanings of discipline and hard work.

While most other kids in the Nong Bua Lamphu province were sleeping, Yodsanklai and his training partners already had their sneakers on the streets.

It was tough, but Yodsanklai was passionate about “the art of eight limbs,” so being punctual to training was never an issue. Getting to school on time, however? That was a different story.

“We were always late,” he confesses with a laugh.

In any case, training didn’t end when “The Boxing Computer” arrived at his school desk. After his final class of the day, the Thai would rush back to the gym to put in five more hours of sparring, drilling, and of course, developing his destructive left kick.

“We trained until as late as 9 p.m. and called it a day,” he says. “After that, we went home, ate, and went to bed. That was my everyday routine as a child. That was our loop.”

A Star In The Making

With that high level of commitment, Yodsanklai began running circles around his Muay Thai opponents. In 2001, he earned his first belt ­– the Lumpinee Stadium World Championship in the flyweight division – when he was 43 pounds lighter than he is today.

Then in 2005, he briefly competed out of the legendary Petchyindee Academy, moved up to the welterweight division, and won the Lumpinee Stadium World Title in that weight class.

As he moved up in weight, “The Boxing Computer” eventually joined the Fairtex Training Center and earned 10-plus titles in Thailand and abroad.

And since joining ONE Super Series two years ago, “The Boxing Computer” has racked up three wins in five promotional bouts. He even finished his old foe, Andy “Souwer Power” Souwer, via TKO at ONE: A NEW ERA in March 2019.

Reflecting on his career, Yodsanklai sees a stark contrast between the man he is today and the kid who kicked up dirt in the Nong Bua Lamphu province.

“It’s like the sky and rock-bottom. I never thought I’d be top-ranked in the world,” he says.

“When I was young, I was just another country boy playing around. I didn’t know how my life would turn out to be. I really had no idea.”

After coming this far, “The Boxing Computer” is grateful for the sport that’s given him and his loved ones everything they could ask for.

“I have to thank heaven for where I am today. I am world-famous and I have a good family. My financial situation is better,” he says. “I want to thank Muay Thai for giving me this good life.”